Accessibility links
Employers Face Changes After Same-Sex-Marriage Ruling The Supreme Court's recent decision striking down a key provision of the Defense of Marriage Act means married same-sex couples are now eligible for the same federal benefits as straight couples. Employers are beginning to think about the changes they will have to make. 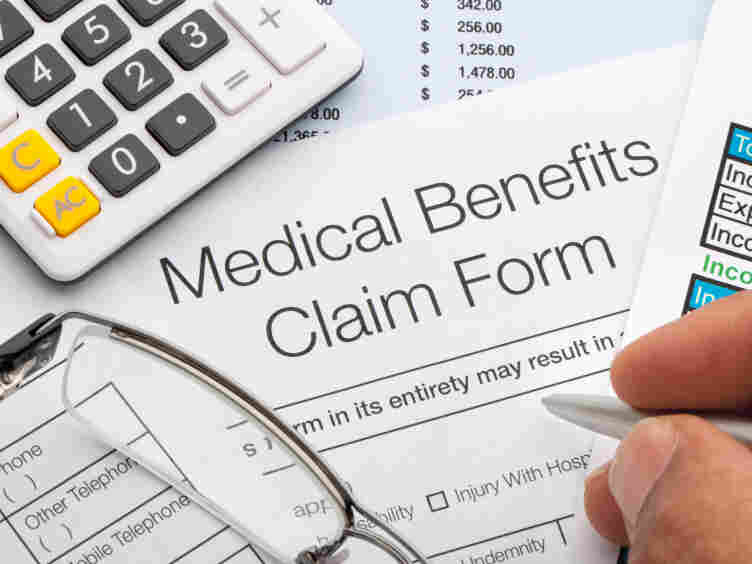 The Supreme Court's decision striking down the Defense of Marriage Act will bring changes to retirement plans, health care and other benefits. iStockphoto.com hide caption

There are an estimated 225,000 Americans in legally recognized same-sex marriages. The Supreme Court's recent ruling striking down a key provision of the Defense of Marriage Act means they are now eligible for the same federal benefits as straight couples.

Many of those benefits touch the workplace, and employers are beginning to think about the changes they will have to make.

There are still more questions than answers for employers and employees as a result of the high court ruling. But that's not surprising to David Codell, legal director of UCLA's Williams Institute, a think tank that studies sexual orientation and the law.

"Discrimination is messy and it takes a lot of work to clean up," he says.

More than 1,000 federal laws, rules and regulations have an impact on married couples and may have to be changed. They deal with things like health care, retirement, family leave and many other benefits.

For same-sex couples who live and work in states that recognize their union, getting the new benefits should be relatively straightforward. But Codell says for couples who live in states where their marriage isn't honored, it may be complicated.

"The demise of DOMA is going to raise a lot of practical questions for employers," he says.

For example, will employers have to extend marriage benefits to same-sex couples who legally married in Washington, D.C., but now live in Virginia — a state that doesn't recognize their marriage?

Discrimination is messy and it takes a lot of work to clean up.

The Obama administration says it wants to use a definition of marriage that includes the most people. But until new rules and regulations are written, employers won't know exactly what they'll need to do.

But while they wait for answers, they're beginning to ask questions.

"In some cases we're getting calls ... from customers and clients about what do we do," says Brent Schlosstein, founder of TrueBenefits, an employee benefits consulting firm.

"In most cases the question has to do with imputed income," he says. That's the value of things like health insurance for a same-sex spouse. While the federal government doesn't tax those benefits for married straight couples, it does if couples are of the same gender.

The Supreme Court ruling will do away with that distinction, and employers will have to adjust, says Kate Duchene of the consulting firm Resources Global Professionals.

"So the first thing we'll have to do is work with our payroll department to say how have we been taxing these benefits. And we're going to have to change that treatment in our payroll system," she says.

But Duchene, the company's chief legal officer and human resources chief, says that's just one piece of it.

"We need to draft a communication and tell our employees what we're doing," she says. "We may need to do some training, both with our HR staff as well as some of our field operations folks."

After DOMA: What's Next For Gay Married Couples

Duchene rattles off a long list of other changes that will have to be made, from special benefits in retirement plans to flexible spending accounts for health care.

In addition to expanding financial benefits, the court ruling is likely to affect the workplace in other ways.

"We have a lot of mobility that happens domestically and internationally," she says. "I had one person who called me excited about the decision because he could now bring his married spouse into this country and not have to decide between spending time with his aging parents or his spouse."

For Ernst & Young and many other large firms, the first step in implementing the court ruling will begin with something very basic: They have to figure out who's entitled to new benefits.

Crespo says that because her firm offers domestic partner benefits, many employees might not have told the company that they had formally tied the knot.

"So we haven't tracked, up to this point, who is legally married from a same-sex perspective," she says.

Now, the firm will be reaching out to employees to get those answers.