Accessibility links
Congress Still Squabbling Over Student Loan Rate Increase Congressional inaction let the interest rate for some student loans double at the start of the month, even though lawmakers' preferred solutions don't seem that far apart. The Senate is planning to vote Wednesday on a proposal that would bring rates back down for one year. 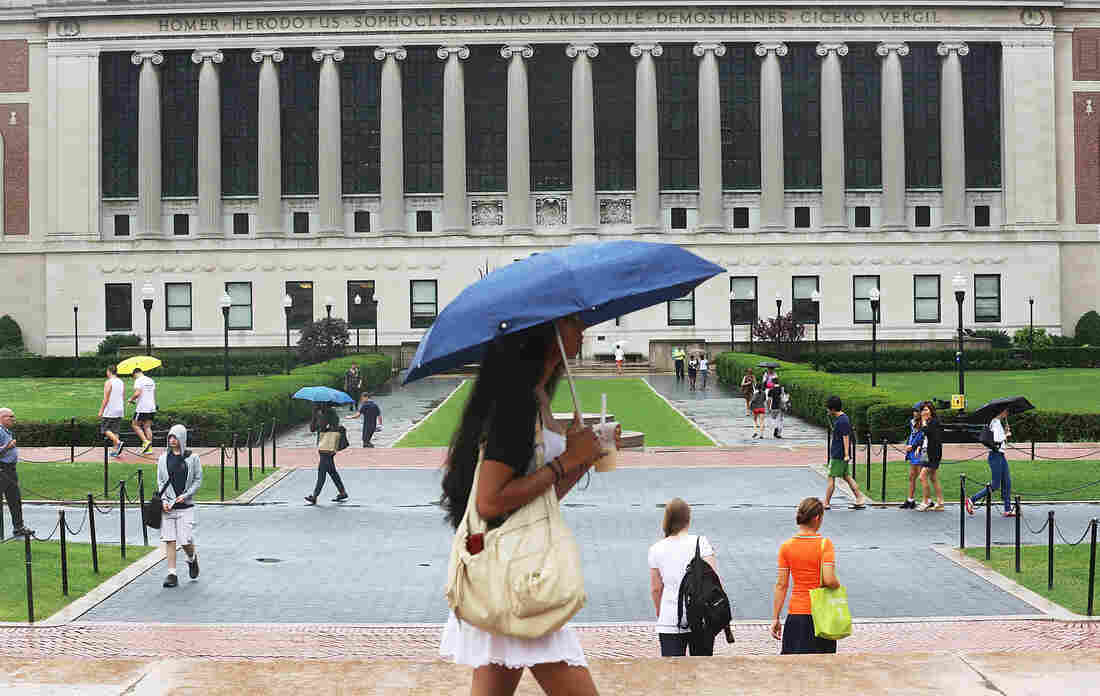 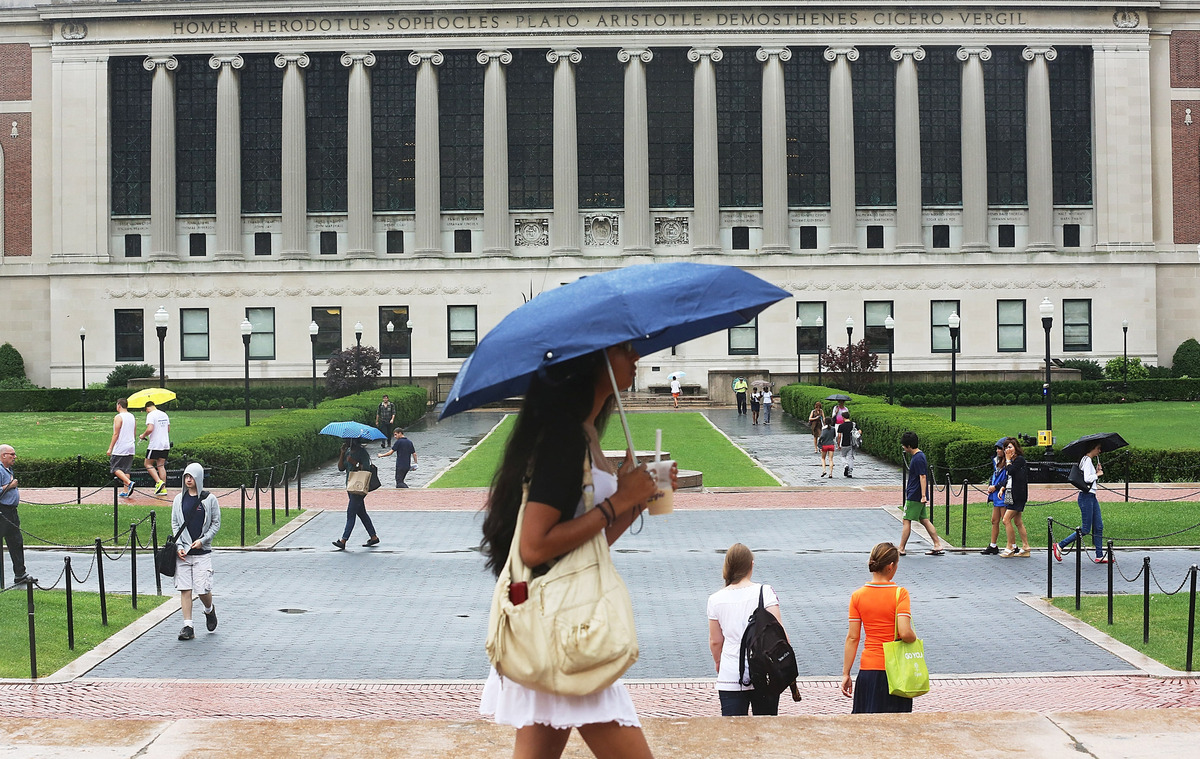 The Senate is planning to vote Wednesday on a plan to bring interest rates on subsidized federal student loans back down to 3.4 percent for one more year. The rate doubled on July 1 when the chamber failed to agree on a plan.

While the Senate prepares to take the issue back up, college students are left staring at several competing proposals.

This fight has been all about what's best for those students. To make that point, House Republicans recently gathered more than 100 of them to sweat and squint under the summer sun for a press conference on the Capitol steps. The guys were wrapped in wool suits and ties — most of them congressional interns plucked from offices just that afternoon.

One of them was Wes Hodgin, who said he kept thinking one thing while he waited 45 minutes for House leaders to arrive: Do not faint.

"I'm just going to try to stand out here, sweat all I can, and just not faint today," he said.

Hodgin's going to be a junior at the University of North Carolina at Chapel Hill this fall. He has student loans, but not the subsidized kind, so the rate doubling on July 1 technically didn't affect him.

"They've been more involved in internal bickering rather than actually addressing the issue," said Rep. Cathy McMorris Rodgers, chairwoman of the House Republican Conference. "And the students that are surrounded with us today — they're all suffering because of it."

Senate Stuck On Student Loan Bill As Rate Is Set To Double June 27, 2013

Well, not quite yet. Most student loans are issued in August and September — a couple of weeks before classes begin — so as long as a deal goes through before then, the only students affected are the small group who borrowed money for summer school, and anything the Senate passes will likely retroactively apply to them anyway.

The holdup now in the Senate is where exactly to set interest rates and whether there should be a cap on those rates. The House plan has a cap. President Obama's plan doesn't. But Senate Democrats insist on a cap. So do student advocates, like Rory O'Sullivan of Young Invincibles.

"We don't believe that the federal government should be charging students higher interest rates to pay down the federal deficit," O'Sullivan says. "In that case, you're essentially trading government debt for student debt."

But there's a catch with a cap: It's expensive. You have to factor in the added cost if market rates exceed that cap one day. And if you want to make sure the federal student loan plan is budget-neutral, you'll have to set student loan rates a little higher.

Chris Lindstrom of the U.S. Public Interest Research Group compares the federal student loan program to a balloon filled with air. "If you squeeze the balloon in one part to make it thinner, it expands and gets fatter in another part of the balloon," Lindstrom explains. "It's a zero-sum game. You're not putting any air into it."

No lawmaker wants to be accused of setting rates too high. But every long-term proposal pegs rates to the 10-year Treasury note. So that means the rates under almost all of those plans is expected to exceed 6.8 percent before 10 years, based on projections from the Congressional Budget Office. That 6.8 percent figure is what the rate for subsidized loans became after rates doubled on July 1.

As for what proposal offers the lowest interest rate — whether it's the House plan, the president's plan, or one of the Senate proposals — the differences come down to 1 or 2 percentage points at most.

Jason Delisle of the New America Foundation says it makes sense to care about those percentage points when you're talking about home mortgage rates, "but a home mortgage is $200,000, $300,000, $400,000. So moving the interest rate a little bit lower makes a big difference in your monthly payment. That's not so on a $20,000 student loan.

Delisle says in that case, you're talking about a difference of $10, maybe $20, a month. He says what people are really worried about is how unaffordable college is — and how much you actually have to borrow in the first place has a lot more to do with that problem than what your interest rate is.

* Passed in May
** Still under consideration by Senate. Most Senate Democrats would prefer a 1-year patch to continue with the 2012-13 rates for Stafford loans