Accessibility links
Football Needs A Guardian, Not A CEO Twenty-nine NFL players have been arrested since the Super Bowl. Football needs to be cleansed, says sports commentator Frank Deford. 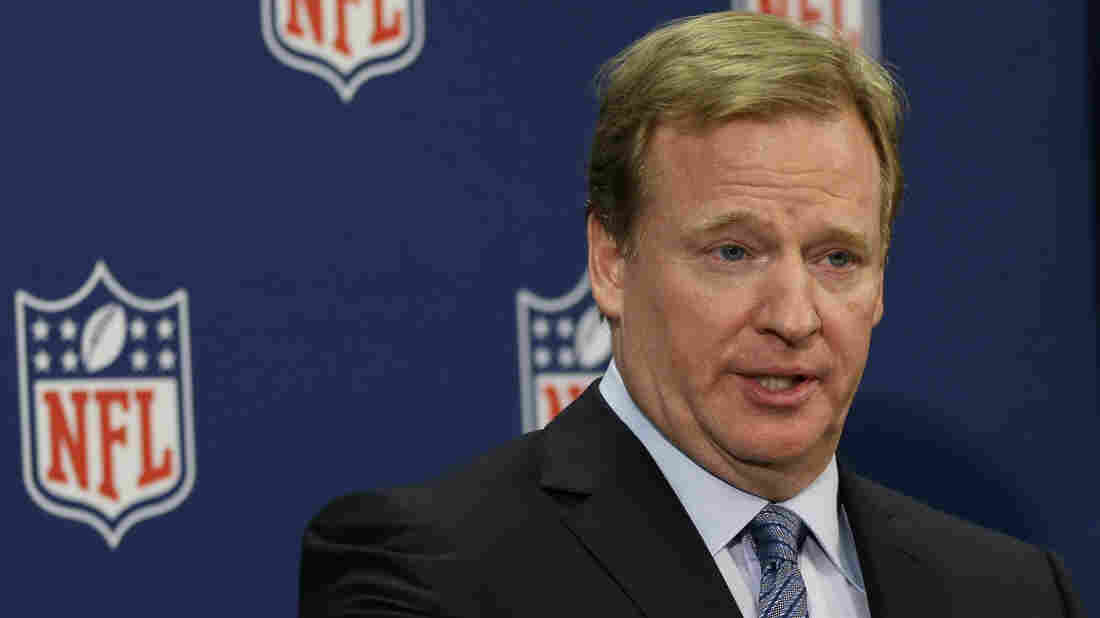 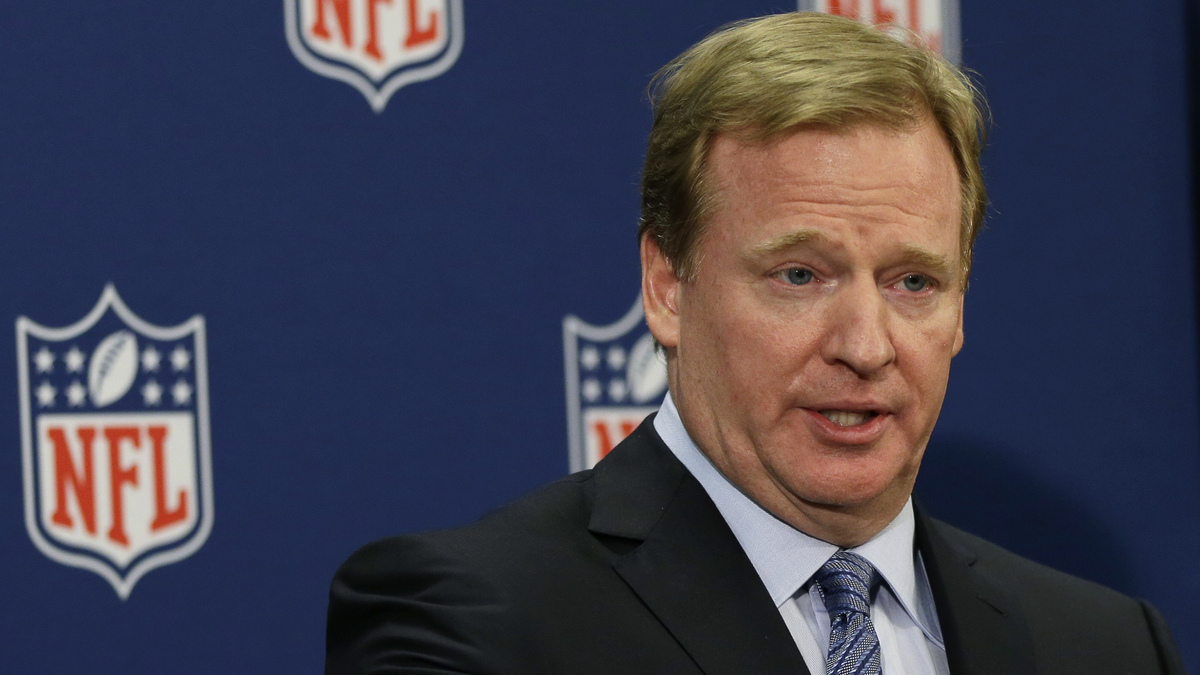 NFL Commissioner Roger Goodell speaks during a news conference at the NFL football spring meetings in Boston two months ago. Can he save our American sport from becoming a gladiator game?

Aaron Hernandez, who appears to be a monster, can no more be held up as representative of football than can Oscar Pistorius be fairly presented as an archetype of track and field.

But still, Hernandez does become a culminating figure. The sport is simply more and more identified with violence, both in its inherent nature and in its savage personnel.

For so long, of course, we were all complicit in ignoring how dangerous was America's favorite game. All of us — not just the coaches and players and fans, but no less the media and the team doctors, too. More recently, we've tended to excuse the virtual cavalcade of criminal actions committed by players away from the gridiron. Why, 29 NFL players have been arrested just since the Super Bowl.

Institutions — especially popular cultural ones — periodically need overhauls. With football right now, it isn't just a matter of tidying up. We need to somehow clean the Aegean stables of the stink of violence. This will be difficult, for violence is the very essence of the sport's appeal, and notwithstanding all the talk about concussions and thugs, football is more popular than ever. It is not like baseball found itself after the Black Sox scandal of 1919, when America seemed ready to abandon such a corrupt competition.

But there is a lesson there: Baseball, desperate, created the position of commissioner and brought in an outside magistrate, the federal judge, Kenesaw Mountain Landis.

By contrast, the current NFL commissioner, Roger Goodell, like all his predecessors, is an insider. He's been superb as a businessman — stiff-arming the players union, ransacking the networks' exchequers — but in response to revelations of how barbarous modern football really is, Goodell, like so many men who have been inoculated by football, has only reacted ... hesitantly, incrementally.

Now, yes, football extends well beyond the domain of the NFL –– from the cruel college system right on down to little boys scrimmaging –– but the NFL commissioner is, in effect, the spiritual head of the game. Where else do we turn for moral leadership? The NCAA? The presidents of the Southeastern Conference? The network pregame shows?

Our other team sports –– baseball, basketball, ice hockey, not to mention soccer –– all have strong foreign elements. Football is the all-American game, but, ironically, already middle-class all-American parents ­­–– even fathers who played themselves –– are showing a reluctance to allow their sons to play.

Whenever Roger Goodell steps away, his legacy will be determined not by how much his franchises grew in value but whether he saved our American sport from becoming a gladiator game. Or perhaps football can only be cleansed by someone like Judge Landis, with no previous commitment to the enterprise. Whether Goodell or an outsider, football now needs a guardian, not a CEO.