Accessibility links
Fatal Shooting At 'Fruitvale Station' Hits Home For Film's Stars The new film tells the story of Oscar Grant, an unarmed young black man who was fatally shot by an Oakland, Calif., transit police officer in 2009. Stars Michael B. Jordan and Octavia Spencer discuss the film, and how the shooting affected them. 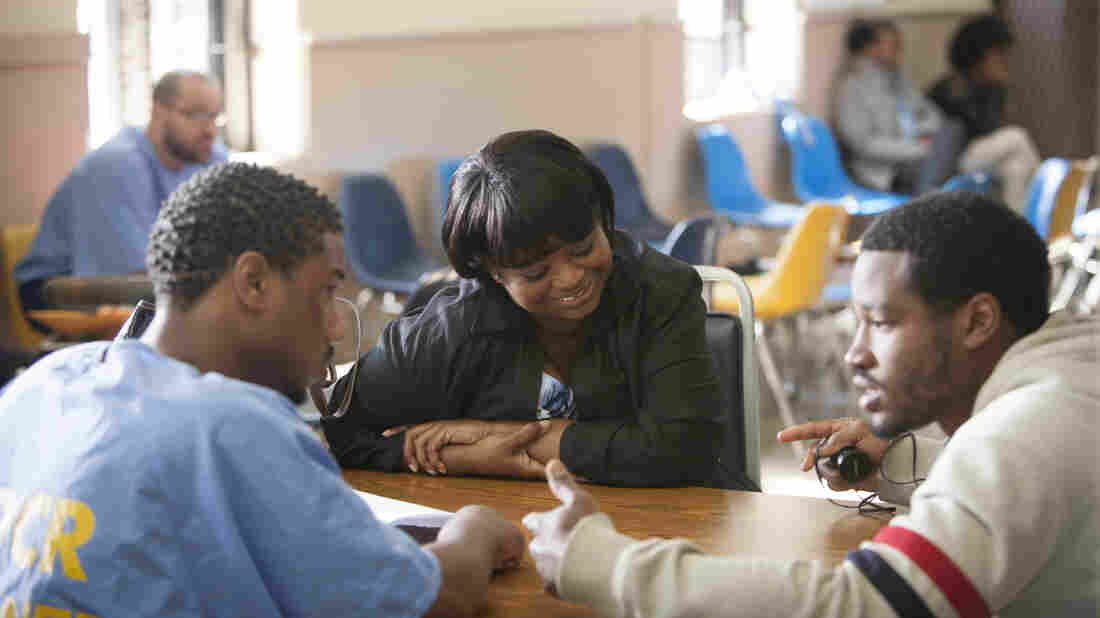 Michael B. Jordan (left), Octavia Spencer and director Ryan Coogler, on the set of Fruitvale Station.

The new film Fruitvale Station tells the true story of a young, unarmed black man who was shot and killed by an Oakland, Calif., transit police officer early on New Year's Day 2009. The death of Oscar Grant sparked days of riots and unrest in Oakland, and lots of conversations about relationships between citizens and the police. Fruitvale Station follows the 24 hours leading up to the shooting. The film won critical acclaim at this year's Sundance Film Festival, taking home the Grand Jury Prize and Audience Award. It opens in select theaters on July 12.

Michael B. Jordan stars as Oscar Grant. The actor was previously seen in the TV shows Friday Night Lights and The Wire, and the films Chronicle and Red Tails.

Octavia Spencer — who won an Oscar for The Help — plays Grant's mother. She also co-produced the film.

They both joined Tell Me More host Michel Martin for an inside look at Fruitvale Station. 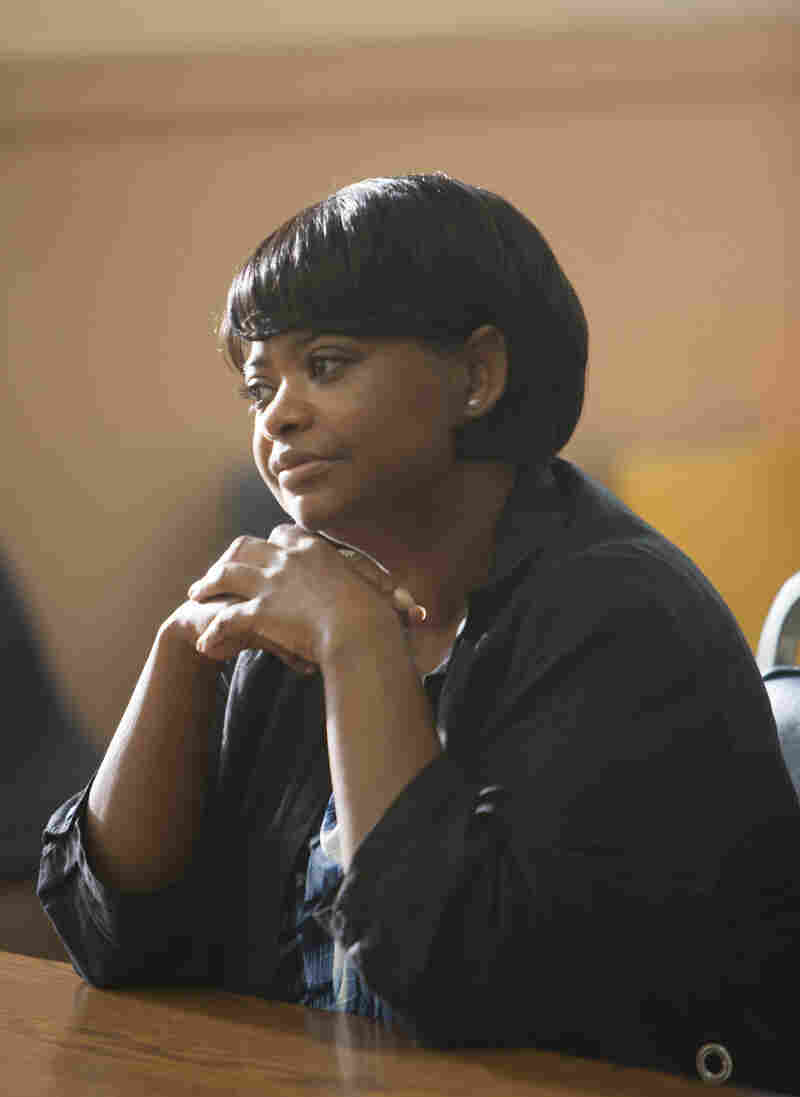 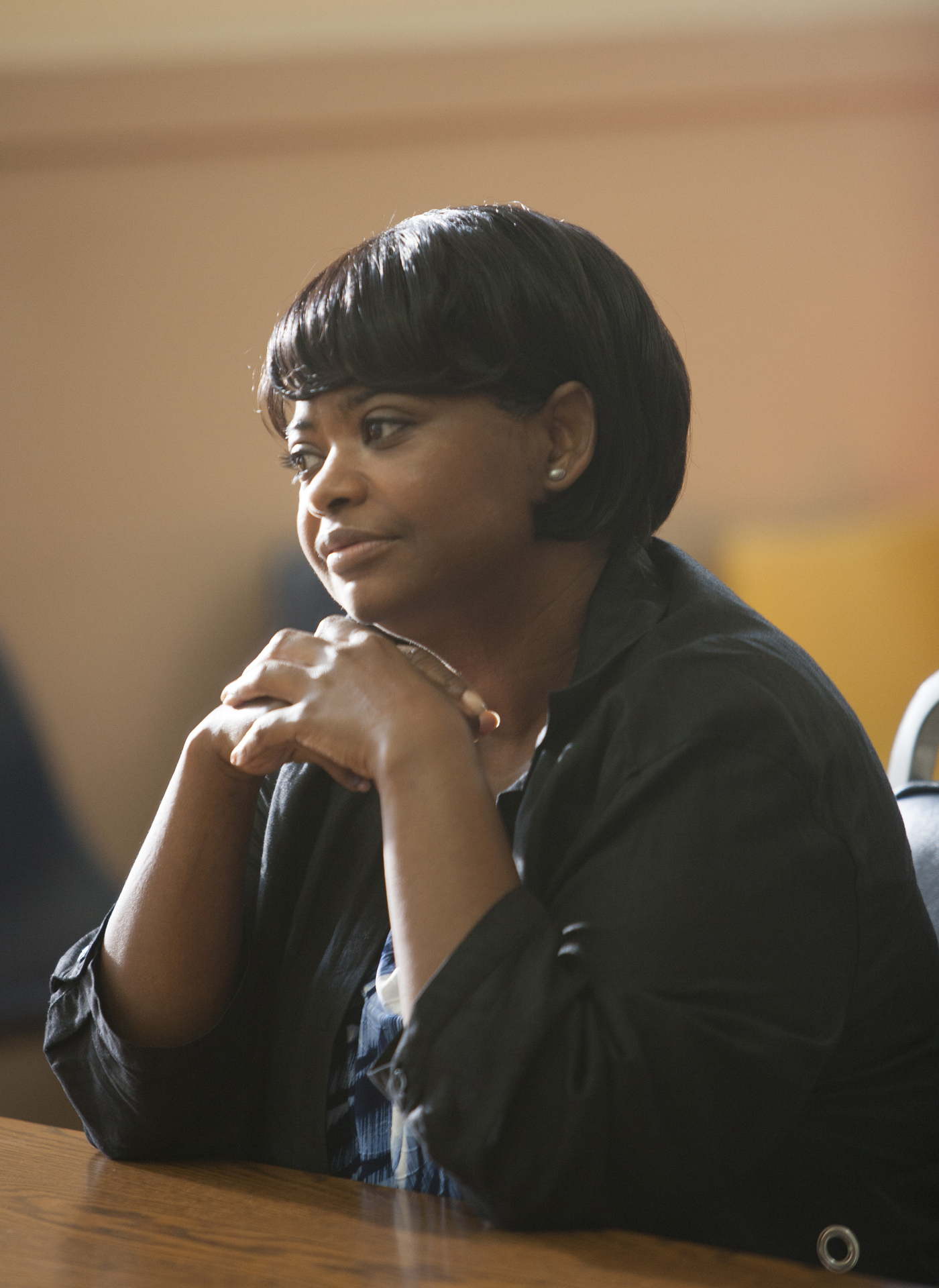 Jordan on being shocked by the Grant shooting

"I remember watching the video and being kind of shocked at first, hoping that it wasn't real. And so I watched it a few times, trying to look for any reason or justification for him being shot, and I couldn't find one. So I just got upset and frustrated, and I felt helpless. You know, I wanted to do something, but I couldn't think of anything to really do. So you know, four years later when I had the opportunity to kind of, you know, play this role, I felt a certain responsibility to just step up and, you know, try to express myself as best as I could through my work."

Spencer on the story's connection to Trayvon Martin

"I watched the video [of the Oakland shooting]. And to say that I was incensed would be putting it mildly. I definitely felt a little disenfranchised. And at the time the Trayvon Martin incident had just occurred. And I do remember when all this happened in the Bay Area that there were riots and things, and I felt like I was too angry, and that anger wasn't perhaps the best emotion to tell this story. I felt like the mother deserved more than that. And I told my agent that I was just too angry, I didn't feel I had anything else to offer the role. And he said, 'Good. I'm glad you feel that way. You should read the script because you will be surprised.' I read the script, and I was immediately captivated by [director Ryan Coogler's] voice."

Jordan on identifying with Grant

"Being somebody from the inner city — I'm from Newark, N.J. — and had my run-ins with the authority figures, you know, in such a way that I felt like being, you know, racial profiled, pulled over, harassed, etc., etc. ... and being young, and being 22, and knowing how it feels to make mistakes, and then trying to learn from those mistakes and apply that life lesson to your life and to your future, and then growing and maturing. You know, I've had that luxury of being able to mature. But Oscar didn't have that. And giving Oscar a voice — that was very important to me."

"People were trying to justify why this young man should have died: talking about his past, talking about everything from, you know, what he was doing up until the moment. And to me the only thing that is salient is: What was he doing at the time he was killed? He was lying on the ground with his hands cuffed behind his back. That's all that should be discussed.

"We spend all this time trying to vilify these young men, and yet you know, when you have kids who go into schools and shoot up schools, you know, we learn every single solitary thing about their lives. ... And it's all to be evocative of empathy. But we can't really do that when it comes to young men of color. And we have to examine that. Once we can start to empathize with people that we think are different from ourselves, we will see them as human beings, and when we see them as human beings, I think these incidents will less likely occur."