Accessibility links
Movie Review - 'Fruitvale Station' - A New Day, A Last Day, For One Man In Oakland An indie drama chronicles the real-life story of 22-year-old Oscar Grant, shot by San Francisco transit police in a New Year's Eve incident that shocked the nation. The film doesn't offer any shatteringly new observations on the case itself — though the story is plenty shattering enough on its own. (Recommended) 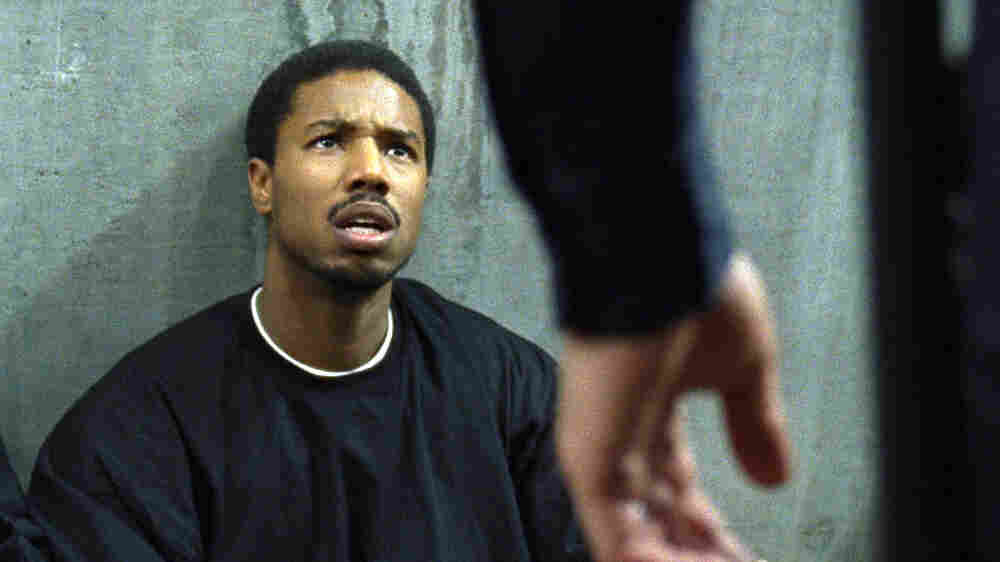 Fruitvale Station, on the Oakland side of the San Francisco Bay: Grainy cellphone video from a day, four years ago, that commanded the nation's attention. Several young black men sit on a transit station platform, white transit police officers standing over them. There's shouting, scuffling, but nothing that looks worrisome.

The movie proper backs up roughly 24 hours; it's the morning before the calendar ticks over to 2009. Twenty-two-year-old Oscar Grant (now played by actor Michael B. Jordan) is telling his girlfriend that things are looking up.

He's bluffing, but he means it. They have a 4-year-old daughter he adores and is great with, and though he's had a checkered past, he says he's determined to do better. Two years earlier, he'd spent a much less pleasant New Year's Eve in jail. And no, he does not want to go back to that.

So he heads out to convince an ex-boss to hire him back. And as Oscar goes through his day, struggling to stay positive in a world that keeps trying to knock him off stride, first-time director Ryan Coogler does something at once subtle and smart. He lets us see the Oscar that transit cops will see that night — dressed urban-tough, looking sketchy — as we hear the Oscar his family knows.

As the day goes on, you register Oscar's warmth and generosity — how yes, he can be irresponsible but also means well. Mundane stuff, really. He's just a guy.

And that night, over his grandma's gumbo, as he's talking about his plans to go into the city to watch the New Year's fireworks, his mom (Octavia Spencer) says what any protective mom would say: 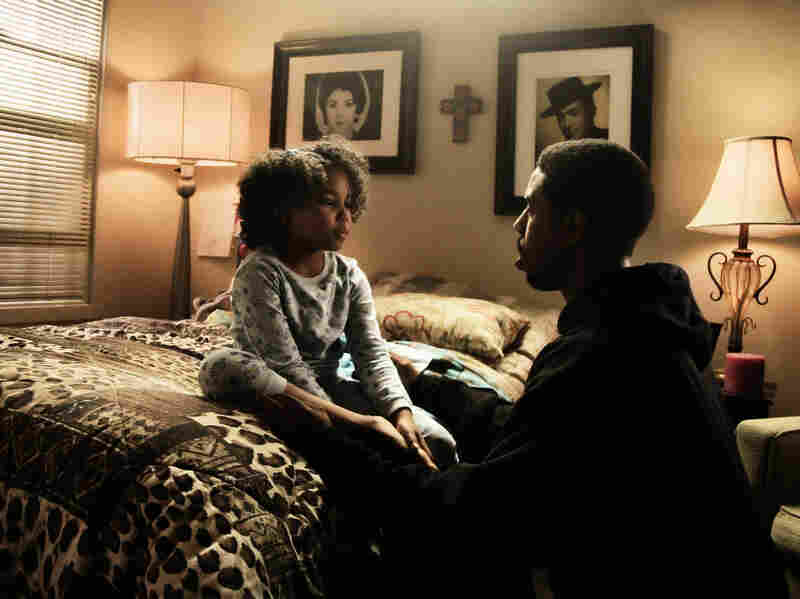 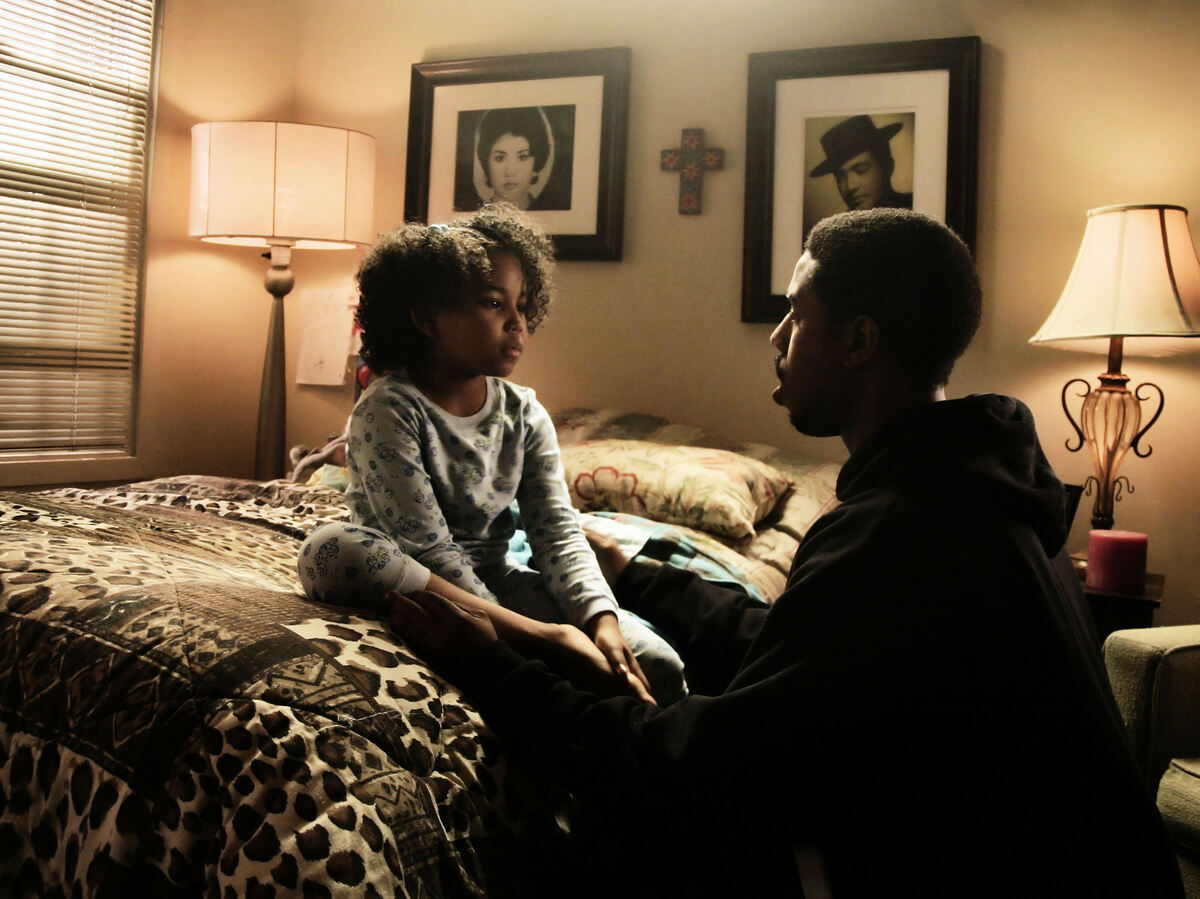 "Why don't you take the train out there? That way you guys can drink, and hang out, and not have to worry about anything."

And we slip into Greek tragedy.

Fruitvale Station isn't really a surprising film, except insofar as it's rare to see such a warmly emotional big-screen portrait of black family life. The director, who grew up just north of Oakland and is about the age Oscar would be today, has said that for him there was a jarring that-could-have-been-me aspect to the story.

He's given it an immediacy and resonance on screen that reflects that — with help from a striking performance by Jordan, who's mostly had supporting roles before this on TV's Parenthood and Friday Night Lights. Together, star and director get you to look at, and think about, a flawed young man you might not give a second thought if you saw him on the street.

And also to look at, and think about, that reaction — and other knee-jerk reactions, and the consequences they can have. Fruitvale Station doesn't have anything shattering to say about the case, or the man, really. But it may well leave you shattered by his story. (Recommended)