Accessibility links
Sweeping Parts Of Southern Seas Could Become A Nature Preserve Diplomats from 24 nations and the European Union are meeting in Germany next week to discuss creating a nature preserve that could be larger than three times the size of Texas. Stretches of water around Antarctica are relatively pristine and home to thriving ecosystems. 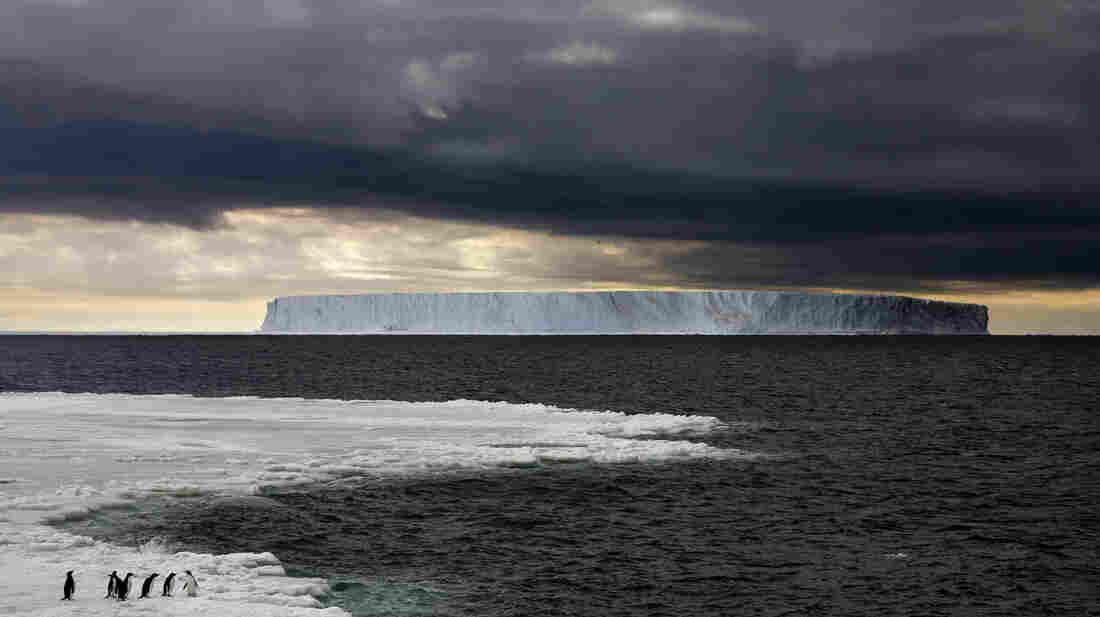 The "Giant Tabular Iceberg" floats in Antarctica's Ross Sea in December 2011. Under a proposed new international agreement, large sections of the oceans around Antarctica would become protected as a marine preserve. Camille Seaman/Barcroft Media/Landov hide caption

The area of ocean set aside as a nature preserve could double or triple in the coming days, depending on the outcome of a meeting in Germany. Representatives from 24 countries and the European Union are considering setting aside large portions of ocean around Antarctica as a protected area. And the deal may hinge on preserving some fishing rights.

There are two proposals on the table: One would set aside huge parts of the Southern Ocean around East Antarctica; the other would focus on the Ross Sea, south of New Zealand.

"The total size of the marine protected area we are proposing is roughly 3 1/2 times the size of Texas," says Ambassador Mike Moore, the former prime minister of New Zealand, who was talking up the joint U.S.-New Zealand proposal in Washington this spring. "So to misquote the vice president of the United States, 'this is a big deal.' "

Jim Barnes, who heads a conservation group called the Antarctic and Southern Ocean Coalition, says the Ross Sea area is one of the few relatively untouched regions left in the world's oceans. And it's rich in wildlife — including the great whales, penguins, seals and albatrosses, he says. "Similarly, along the east Antarctic coast, [there's] another really great concentration of wildlife — charismatic wildlife, as well as all the smaller [animals] that the food chain depends on."

But because these two areas are in international waters, creating marine preserves will require consensus from all of the nations in the pact known as CCAMLR, or the Commission for the Conservation of Antarctic Marine Living Resources. 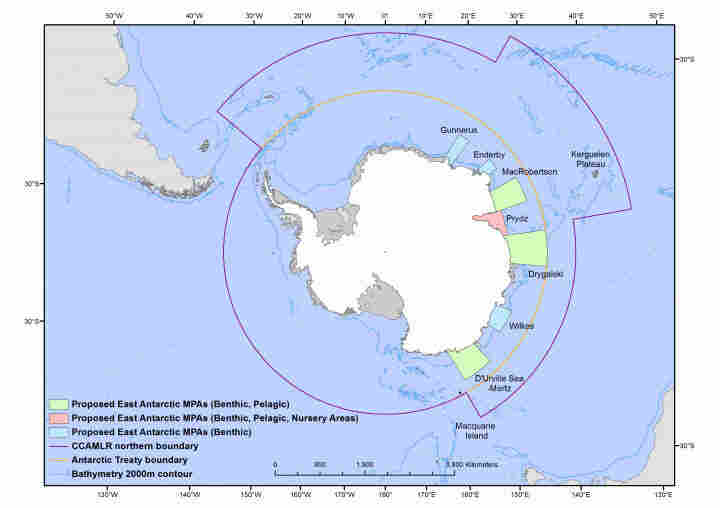 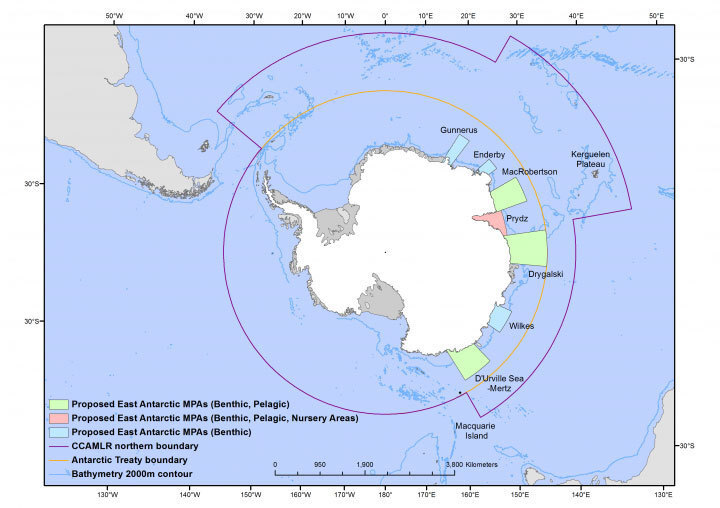 The Australia-France-EU Proposal. This proposal for new marine protected areas "would conserve representative areas of biodiversity in the high latitudes of the Indian sector of the Southern Ocean," according to the Australian Antarctic Division. 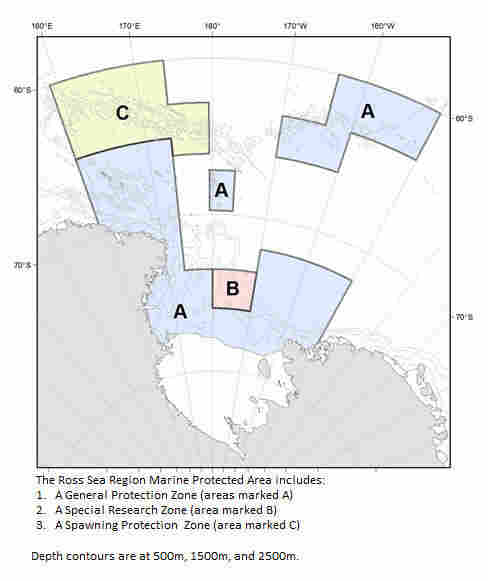 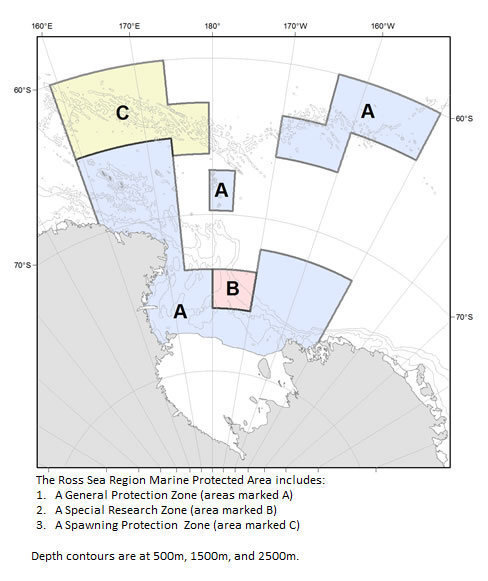 When the group met to discuss the issue last fall, it couldn't reach agreement. Russia, China and Ukraine were concerned about losing fishing rights in these seas. But they agreed to the upcoming meeting in Germany to try again.

Barnes says one possible compromise is to have the protected-area designation expire after a number of years. Conservation-minded countries don't like that idea.

"It's like creating a national park," Barnes says, "and it shouldn't suddenly come to a halt. So that's one of the really contentious issues that remain."

Already the original proposal for the Ross Sea area has been revised to allow fishing in one part of the protected area, to satisfy nations that currently catch Antarctic toothfish.

But Karen Sack at the Pew Charitable Trusts says that's also a poor compromise because it would be very difficult to know whether fishing vessels are obeying the proposed fishing rules in this remote region.

"So we would hope that these countries would work together to recognize that for enforcement and for the integrity of the ecosystem it's important to close the entire area completely," Sack says.

It's one thing to create a park or preserve in an area that's not currently being used commercially. But there are established fisheries in this area, so the stakes are raised considerably.

"It's always difficult for countries to make a decision between short-term profits for industry and long-term benefits for the environment," Sack says.

The oceans as a whole are under threat from overfishing, marine pollution, ocean acidification and other stresses. Marine preserves can help alleviate that stress by providing refuge for some species under pressure.

If all the areas currently under consideration for protection around Antarctica gain protected status, marine preserves could cover 3 percent of the world's oceans — and be a big step toward the 10 percent goal.