Accessibility links
Movie Review - 'The Hunt' - A Kindergarten, A Story And A Life In Shambles Mads Mikkelsen (TV's Hannibal) anchors The Hunt, a powerful Danish social drama about a teacher whose life is derailed when a 5-year-old's emotional upset sets a citywide witch hunt in motion. (Recommended) 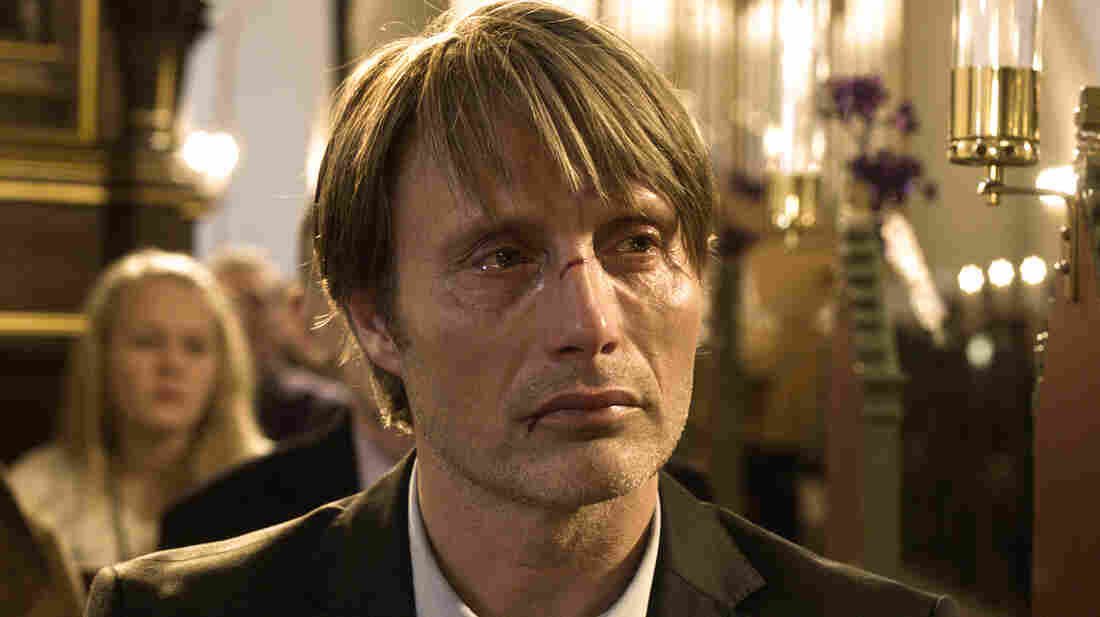 Mads Mikkelsen's Lukas is a recently divorced kindergarten teacher whose life is turned upside down when officials leap to conclusions after a 5-year-old says something that suggests improper conduct. Magnolia hide caption 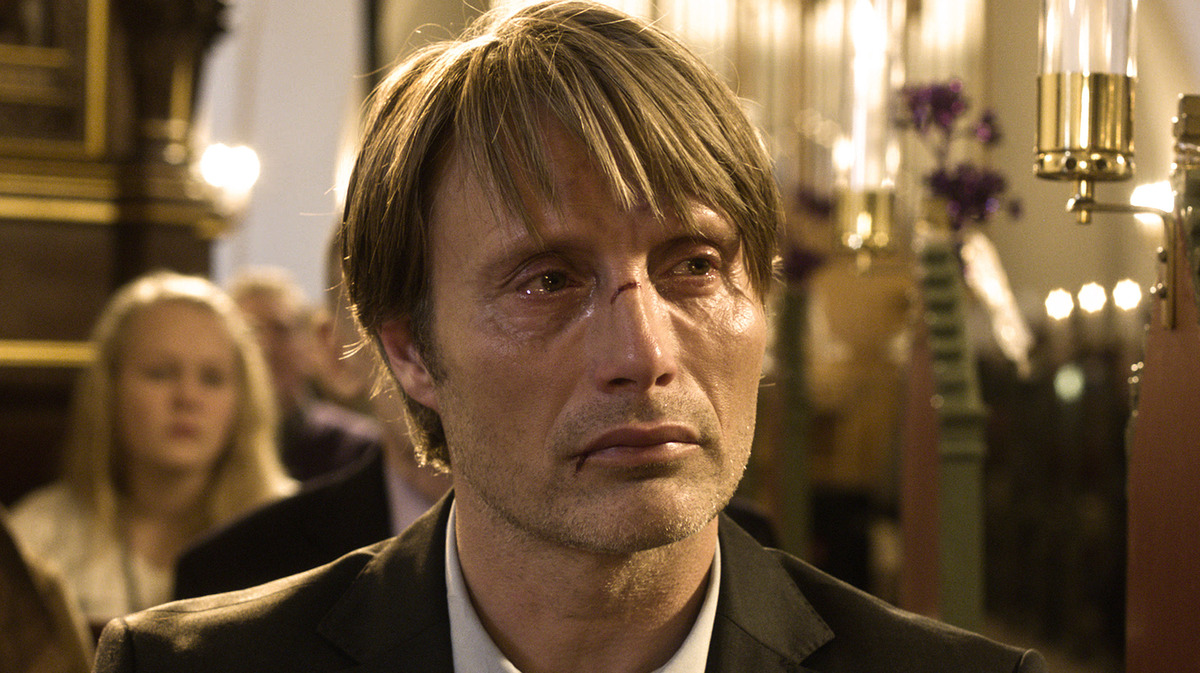 Mads Mikkelsen's Lukas is a recently divorced kindergarten teacher whose life is turned upside down when officials leap to conclusions after a 5-year-old says something that suggests improper conduct.

Rated R for sexual content including a graphic image, violence and language

Lukas works in a Danish kindergarten, and it's clear he's in the right place: When the kids look at him, they see a great big toy.

That's especially true for 5-year-old Klara, the lonely daughter of Lukas' best friend, Theo. Klara's folks fight a lot, and her teenage brother is too busy looking at dirty pictures with his buddies to pay her much attention.

Lukas, though, treats her kindly, and she's developed a little crush. She spends an afternoon making him a paper heart with glitter. And she's hurt, in the way that 5-year-olds can be, when he gives it back, suggesting she give it to a boy her age.

So she says something — after school, quietly, not realizing what it means — that she heard her brother say when he was looking at dirty pictures ... and she says it about Lukas. And the school's headmistress, erring on the side of caution, tells Lukas to take a few days off.

The title of the film in which this scenario will play out — Thomas Vinterberg's The Hunt -- is a play on words. There are characters who have rifles and go hunting, yes. But for Vinterberg, this story is about a witch hunt, an accusation of impropriety that takes on a life of its own, shattering bonds of trust in a close-knit community.

The director makes clear that everyone means well — the headmistress, protective of her students; the parents, trying to shield children from things they shouldn't know about just yet; the investigators asking questions carefully, trying to see their way through ambiguous answers.

But they're all talking to and about a 5-year-old. When someone asks Klara if she's uncomfortable because she doesn't like what Lukas did to her, she nods yes. But you realize what the investigator doesn't — that what Lukas did to upset her was return that paper heart.

Mads Mikkelsen, whose Lukas goes through the movie in a sort of defensive crouch, is playing intriguingly against his own image, whether you know him as TV's Hannibal Lecter (and a 007 villain) or as what Danish audiences have repeatedly voted him — the sexiest romantic lead in Denmark.

He's playing neither of those extremes here. Lukas, a toy now in the hands of a wanton fate, is just an ordinary man trying to brave the hysteria of The Hunt, realizing that everyone around him smells blood. (Recommended)