Accessibility links
In 'Violeta Went To Heaven,' A Folk Icon's Tempestuous Life Violeta Parra has been called mother of the Latin American folk movement, and her work as a visual artist has been shown at the Louvre. The Chilean icon, who committed suicide at 49, is the subject of a new film. 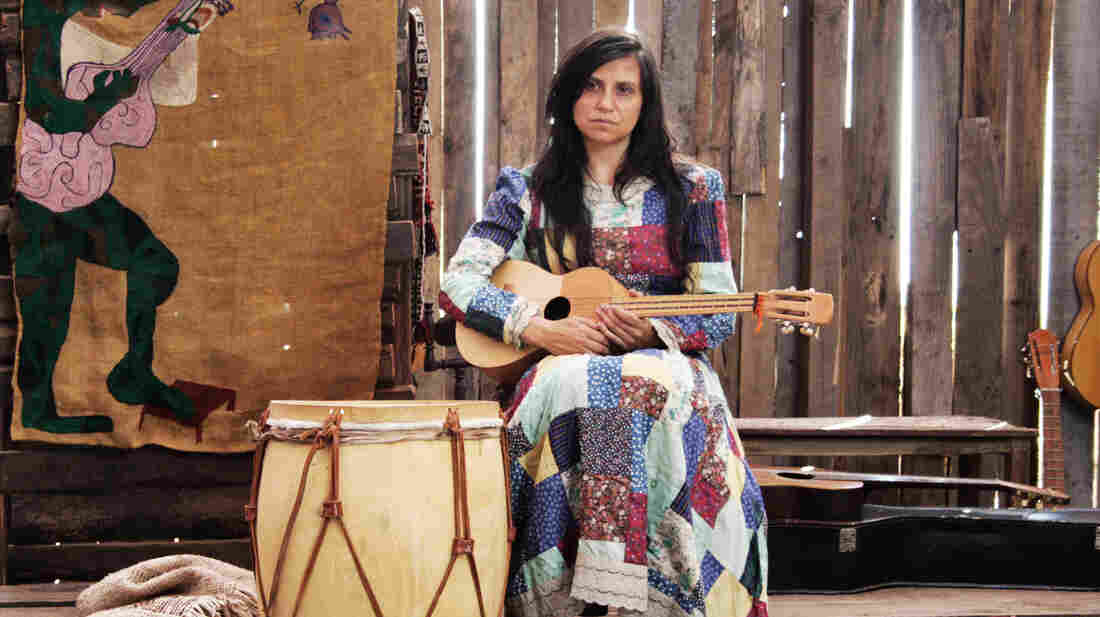 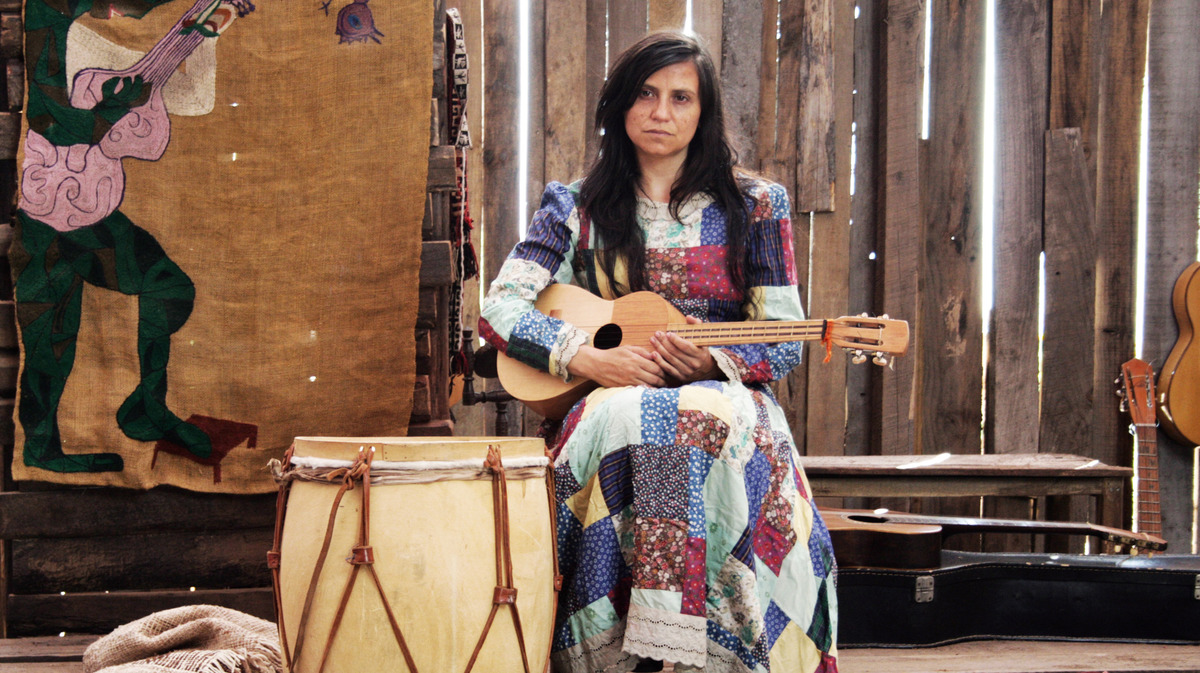 In a scene from the film Violeta Went to Heaven, the Chilean singer Violeta Parra (played by Francisca Gavilán) walks through the countryside with her son Angel in search of a woman whose songs she wants to learn and record. Her son asks her, "What if we can't find this lady? Isn't she old?"

Parra responds, "Of course we'll find her. But if she's not there, it will be very sad that no one will remember her."

Remembering people and their music was Violeta Parra's mission. She brought the sounds of the Chilean countryside to the city and, in so doing, inspired people elsewhere to do a similar kind of thing.

Emily Pinkerton is a singer, songwriter and ethnomusicologist who teaches Latin American music at the University of Pittsburgh. Pinkerton says Parra's work was a revelation to a lot of people in Chile.

"Though the traditional songs she sang, through the songs she composed inspired in that music, she also brought rural musicians and their lives and experiences and practices to the radio — so just really bringing the reality of Chilean rural culture to urban centers," Pinkerton says.

Parra grew up in rural Southern Chile. She learned how to sing and play guitar when she was 10 and soon joined her relatives, who had a traveling show. In the early 1950s, she began to research, document and record Chilean folk songs. Many of those songs inspired her to write her own compositions.

Parra's son Angel picked up her research, and his own memoir provides the basis for Violeta Went to Heaven, which was released in the U.S. this spring. Director Andrés Wood says his admiration for Violeta Parra inspired him to make the movie, but that in some ways her personality proved too big to capture.

"Actually getting to her work," Wood says, "and trying to actually put all this energy, all her knowledge, all her life, all her character in one movie was a very big task that we wanted to try to do — and we failed because we decided not to put everything."

Parra had a complex life. She was a sophisticated songwriter and performer who toured Europe in the mid-1950s. She was also a visual artist whose work in paintings, embroidery and sculpture was exhibited at the Louvre in Paris. But Parra had an emotionally complicated personality, with sudden bouts of depression. She committed suicide at the age of 49.

Actress Francisca Gavilán, who is Chilean herself, says playing Parra in Violeta Went to Heaven was a huge responsibility.

"The first time I met Andrés Wood, and he told me that I was going to be Violeta, it felt like carrying a heavy backpack on my shoulders," Gavilán says. (She spoke in Spanish; her words have been translated here.) "I think it was one of the most difficult, most painful, most beautiful jobs I'd ever done."

"She fused this specific sound and all these different traditions to her desires and aspirations for a better future for Chile and for Latin America," Pinkerton says.

As difficult as it was to capture Parra's life on film, Wood says there's one thing that comes across loud and clear.

"Violeta Parra is very transparent through her work," he says. "So you can know a lot about her, almost everything about her, just reading her, or just watching her paintings."

Or, perhaps most of all, just listening to her songs.