Accessibility links
Not My Job: A 'Gilligan's Island' Quiz For Novelist Gillian Flynn We ask the author of the mystery novel Gone Girl three questions about the classic TV series. 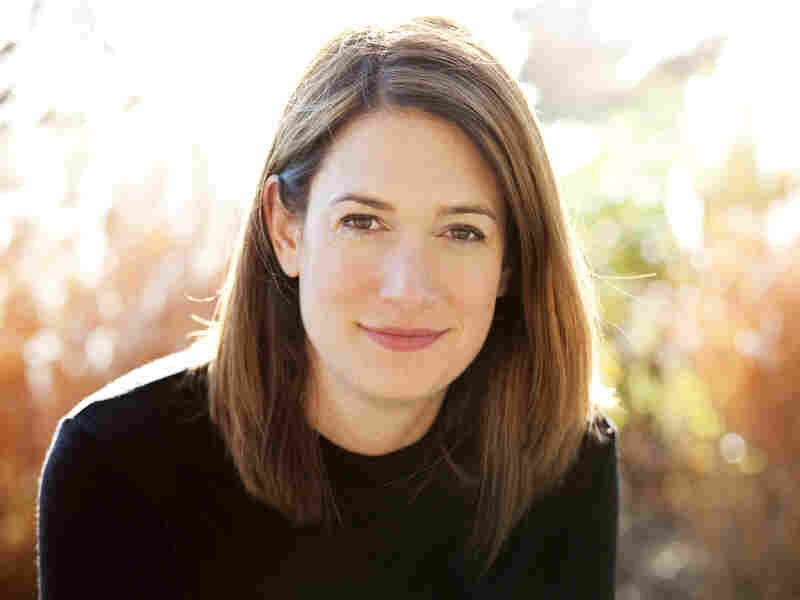 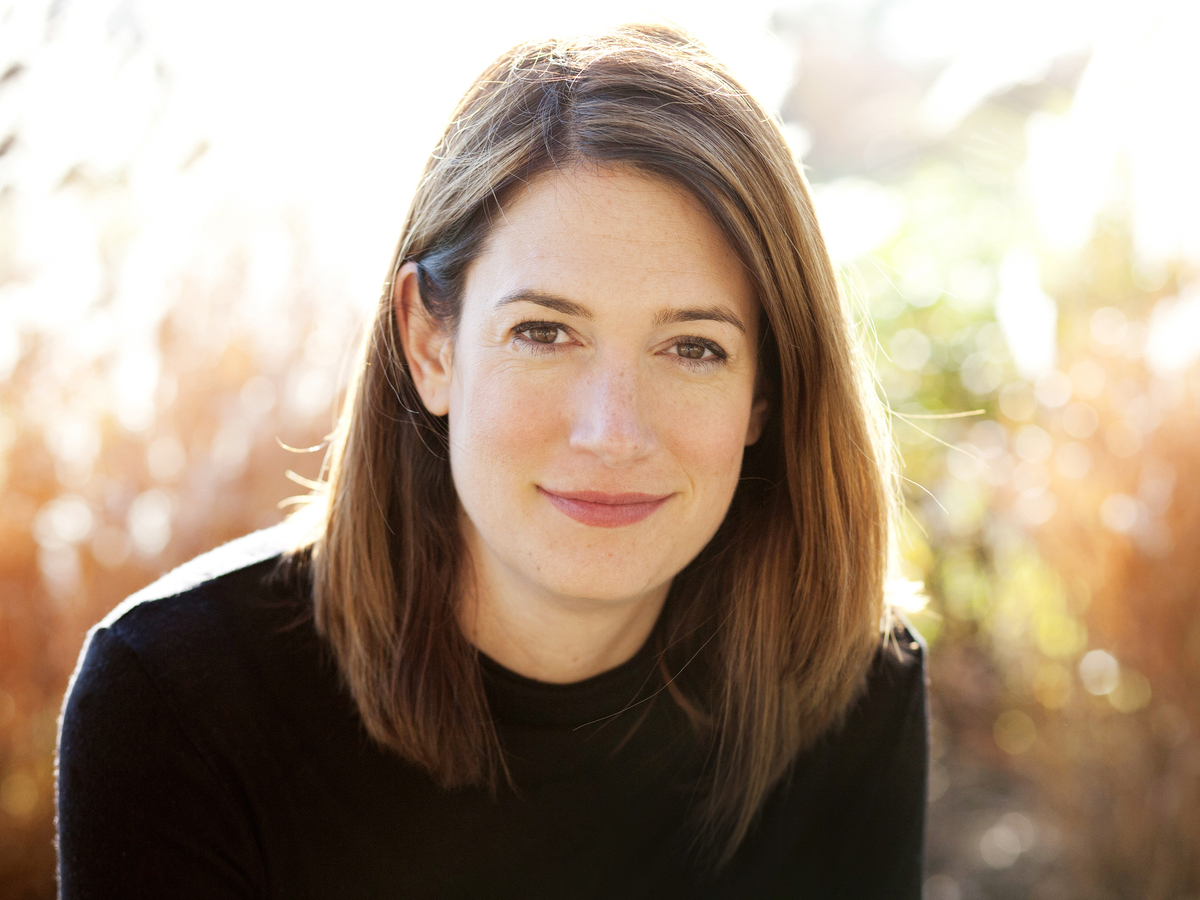 Gillian Flynn is a very nice person who writes books about very unpleasant people. Her suspenseful, best-selling mystery novel Gone Girl is told from the perspective of Nick and Amy, a couple who are as unreliable as narrators as they are as spouses.

Since Flynn's name, Gillian, is just one letter short of "Gilligan," we've invited her to answer three questions about the classic TV series Gilligan's Island.

And now the game where somebody works really hard on something difficult and then gets to not care about something ridiculous. It's called Not My Job. Gillian Flynn is a very nice woman who writes books about very unpleasant people. Her mystery thriller "Gone Girl" was a number one New York Times bestseller. We are delighted to have her with us here in Chase Bank Auditorium. Gillian Flynn, welcome to WAIT WAIT...DON'T TELL ME!

SAGAL: So you've written three books, all of which were bestsellers, being made for the movies, all deeply twisted thrillers about murderous, strange people. And you're just sitting here smiling at me like the nicest person in the world. What has drawn you to that kind of story?

GILLIAN FLYNN: You know, I always loved thrillers. I always loved scary movies, and my dad was a film professor. And, I mean, I have very early memories of, you know, that top-loading VCR and like we're going to watch "Psycho," (makes noises). And I mean, I had a crush on Norman Bates. He was one of my first crushes, so...

SAGAL: Norman Bates, of course, is the murderer, as we find out, I'm sorry if I spoiled that for you, in "Psycho."

SAGAL: Played famously by Anthony Perkins. And we're watching the movie, and we are, the rest of us human beings, are like oh, he's a scary, obviously twisted individual. And you're like, he's dreamy.

FLYNN: He was so handsome. He cooked. He made her a sandwich.

SAGAL: Your first book was about a really bad mother-daughter relationship. This third book, "Gone Girl," is about a really horrible marriage. And I'm sure you have people ask you all the time if, like, you're OK.

FLYNN: Luckily, luckily, everyone knows it's just kind of fiction. I do spend - I feel like I spend about my first 20 minutes at any cocktail party convincing people that I'm not going to harm them in some way.

SAGAL: One of the things that - and I want to be very, very careful, but there is a very - because I don't want to give anything away - there's a very smart criminal who plots a really perfect crime. And obviously to write that person, you have to do that, right, you have to be able to plot. You as the author have to plot a perfect crime.

So do you ever sit around and, like, get rudely served by a barista and go, I could kill you, and I'll never be caught?

FLYNN: I actually really do think I could do it. I really think...

FLYNN: Yeah, I really do.

PAULA POUNDSTONE: You know what? I have the worst feeling that we're going to be listening to this tape, like, as evidence in a trial.

SAGAL: One of the things about the book that I love is something that I've - maybe I'm dumb, I don't read enough mysteries. But all the characters in your book, as they go through this disappearance and this crime and the investigation, are constantly saying, oh, this is just like on TV. The characters start thinking about how they're going to play the role that they know they're going to play in the drama they've seen before.

FLYNN: Mm-hmm. Exactly, it's like what - how does the accused husband act in this? At a certain point, he's just trying to figure out what to wear. You know, what do you wear when you're a grieving husband to the press conference? Because I think you would do that. You'd have to do that, right?

SAGAL: If I am unjustly accused of a crime, how should I behave? Just in case it happens, just in case Ira does die soon, which I will have nothing to do with.

FLYNN: I saw the wink again.

SAGAL: You did. But how should you behave?

FLYNN: Well, I think like a short-sleeved button-down would be the proper thing to wear.

SAGAL: So go for the dork look right away.

POUNDSTONE: No, no, you're talking...

FLYNN: Not a Hawaiian shirt, yeah. Like a plaid.

FLYNN: Exactly, exactly, but not with a tie. That's too formal, yeah.

FLYNN: You want to be relaxed.

POUNDSTONE: You never see like a male defendant in a tutu. And I think it would just throw people enough that they might get off. Can I ask you a question? When you do this writing...

POUNDSTONE: How do you do it? Do you get up, like do you have a - you know, do people call in the middle of the day, and you go, you know, I'm working, do you not answer the phone? Do you start at a certain time and end? How do you discipline yourself to have all those ideas come together on a piece of paper?

FLYNN: Well, I'm a writer, so I do like the distractions. So I will always pick up the phone if you call me. It's like, ooh, what's going on, and I can stop writing for a while.

POUNDSTONE: Do you start at a certain time during the day, start writing?

FLYNN: I really do try to do kind of nine to five.

SAGAL: Paula, are you trying to find out when Gillian is home?

POUNDSTONE: I'm afraid of her.

POUNDSTONE: And I just want to make sure that we're safe.

SAGAL: So, Gillian, you live here in Chicago, which we're very proud of, your fellow Chicagoans, that you're here with us. Now have you ever like - because this is a huge bestseller, and I was seeing it everywhere. Have you ever gotten on a train, CTA say here in Chicago, and seen somebody sitting reading your book?

FLYNN: I have never seen the book in the wild yet. Isn't that crazy?

FLYNN: No, I try to go around because I would love nothing more than to tap someone on the shoulder and say, you know, how are you liking the book?

SAGAL: Hold on, hold on, stop.

POUNDSTONE: Do it with that voice, won't you?

SAGAL: Would you walk up, would you put your, like, chin in your hand for the author photo and go hi?

SAGAL: Look familiar? Do I?

FLYNN: My best friend from childhood was out having dinner and the woman next to her was reading "Gone Girl." And so she said, you know, how are you liking the book. And the woman said - slam. Well, have you read it? You know, I just - all I know is that there is something wrong with the lady who wrote this.

SAGAL: Well, Gillian Flynn, we are delighted to talk to you, and we've asked you here to play a game this time we're calling...

CARL KASELL: Sit right back and you'll hear a quiz.

SAGAL: You're named Gillian. And as a Gillian, you're just one G short of being a Gilligan. So we're going to ask you three questions about the classic TV series that, no doubt, inspired your name. "Gilligan's Island. " Get two right and you'll win our prize for one of our listeners. Carl, who is Gillian Flynn playing for?

SAGAL: Give it up for Karen. The music for the show was composed in part by what famous musician: A, John Williams; B, Stephen Sondheim; or C, David Hasselhoff?

FLYNN: I'd like to think it'd be Hasselhof because of the kind of German influence.

SAGAL: Long before he did "Jaws" and "Star Wars" and "Superman" and all those other classics in movie songwriting, he did this. This is, you're about to hear, the original theme song for "Gilligan's Island."

UNIDENTIFIED MAN: (Singing) Two secretaries from USA, sail on the Minnow this lovely day. A high school teacher is next aboard, all taking trip that they cannot afford. The next two people are millionaires. They got no worries, they got no...

SAGAL: It goes on, I just want you to know. The pilot episode was just 25 minutes of that song and then five minutes of whatever.

SAGAL: All right, very good, here's your second question. After the show became popular in syndication in the, you know, '60s and '70s, a number of sequel TV movies were made, including which of these: A, "Gilligan's Island After Dark"; B, "Footprints: When Jesus Walked On Gilligan's Island"; or C, "The Harlem Globetrotters on Gilligan's Island."

FLYNN: Whoa, absolutely know that one.

SAGAL: It involves the Harlem Globetrotters coming to Gilligan's Island. All right, last question, let's go for perfect here. Something in the real world was recently named "Gilligan's Island" after the beloved show. What was it: A, the members' only washroom of Congress; B, a giant floating pile of garbage; or C, those little free floating patches of hair some hipsters have on their cheeks.

FLYNN: You know, it sounds a little too on the nose to be the free-floating pile of garbage, but I'm going to go with that.

SAGAL: The pile of garbage is twice the size of Texas and is called "Gilligan's Island" because it's made of trash and will not go away.

SAGAL: Carl, how did Gillian Glynn do on our quiz?

SAGAL: Gillian Flynn's latest book is "Gone Girl." I won't say any more about it except you should all read it immediately. Gillian Flynn, thank you so much for joining us.

SAGAL: What a pleasure to have you. Ladies and gentlemen, Gillian Flynn.

SAGAL: In just a minute, Carl feeds me dinner by regurgitating into my mouth.

SAGAL: You don't want to miss that. It's a Listener Limerick Challenge that's for the birds. Call 1-888-Wait_Wait.

SAGAL: We'll be back in a minute with more of WAIT WAIT...DON'T TELL ME! from NPR.