Accessibility links
First Listen: Ka, 'The Night's Gambit' The album, made by a resolutely old school musician, is heavy like concrete shoes and incantatory. The production is sanded down and the loops brief, but it's also patient. The songs themselves are reflective, and then they sink in slowly. 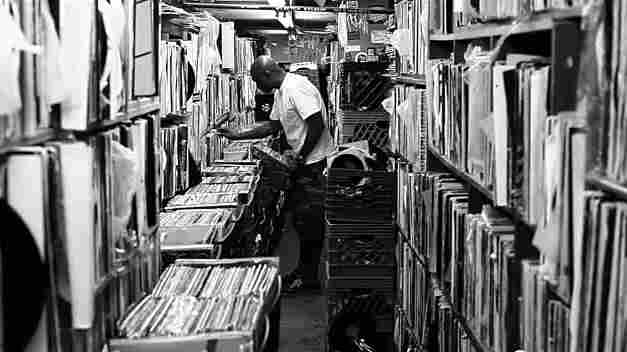 Ka, in a still from his video for "Off the Record." Courtesy of the artist hide caption 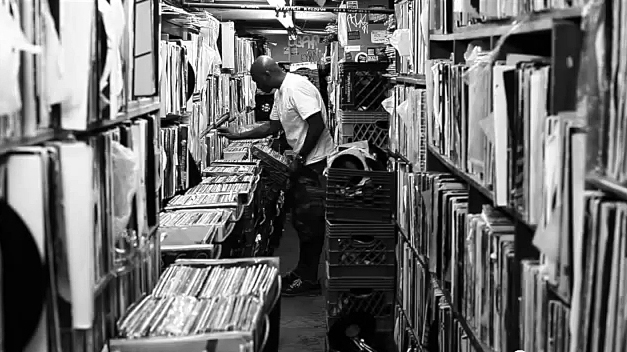 Ka, in a still from his video for "Off the Record."

Ka is a rapper and producer who hails from Brownsville, a neighborhood in Brooklyn, New York, with mostly unhappy stories to recommend it: for one, the Jewish hit-men who made up Murder, Inc., in the 1930s lived there. He's been making music for 20 years but his most recent work — an album in 2008, called Iron Works, and one more last year, called Grief Pedigree — is an idea finally realized. The sound of those albums and his latest, The Night's Gambit, released this weekend by his own hand on the sidewalk in front of a shuttered independent record store called Fat Beats, is heavy like concrete shoes and incantatory.

On the songs, Ka's monotone isn't that of someone absent-minded, but someone used to talking to himself. Rapping barely above a whisper, he might be trying not to disturb the neighbors, or he might be narrating a lurid crime thriller. His images are sensational, and the sting of his punchlines takes a moment to bloom: "I'm a cold winter morning, y'all Summer's Eve," from "Knighthood." He is deceptively unassuming and really isn't trying to prove anything to you. The production is sanded down, the loops brief, but it's also, especially on "The Jungle" and "Soap Box," patient. The songs themselves are reflective, and then they sink in slowly.

The construction of the verses is traditional, and fitting Ka into a world of urgently delivered, precisely-worded, dead serious, decades-old rap music mostly but not only from New York, as he himself does on his closing track, "Off the Record," (he mentions Black Moon's Enta da Stage, Mobb Deep's Infamous, Tupac's All Eyez On Me and Keith Murray's The Most Beautfifullest Thing In This World, among many others) is common sense. That song is grinding and hollowed-out and ends with the voice of the playwright Arthur Miller, as he appeared in Ken Burns' film about the Brooklyn Bridge. "He really aspired to do something gorgeous," he says, "so it makes you feel that maybe you too could do something that would last and be beautiful." In the rest of interview, Miller calls the bridge "steel poetry" and that line works for The Night's Gambit too.