Accessibility links
How Scholastic Sells Literacy To Generations Of New Readers Scholastic began as a four-page magazine for high schoolers in 1920. Today, the publisher of Clifford the Big Red Dog, The Magic School Bus, Harry Potter and The Hunger Game, has grown into a $2 billion business, and one of the biggest children's book publishers in the world. 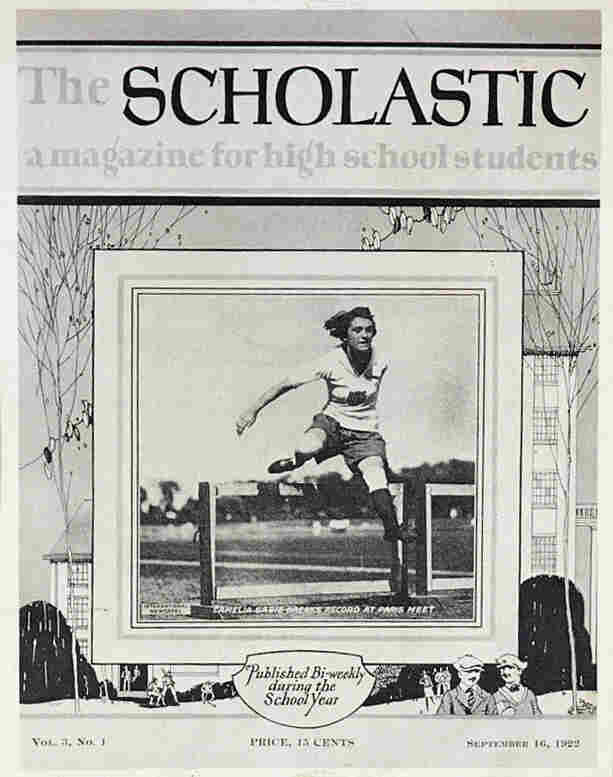 Scholastic started out in 1920 as a four-page magazine written for high school students. Above, an early issue published in September 1922. Courtesy of Scholastic hide caption 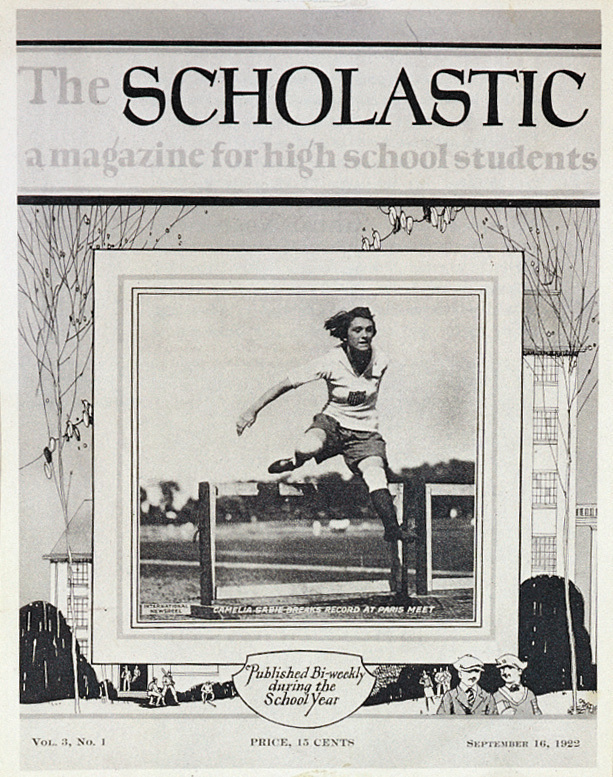 Scholastic started out in 1920 as a four-page magazine written for high school students. Above, an early issue published in September 1922.

Chances are you have had contact with Scholastic Publishing at some point in your life: You might have read their magazines in school, or bought a book at one of their book fairs, or perhaps you've read Harry Potter or The Hunger Games? From its humble beginning as publisher of a magazine for high schoolers, Scholastic has become a $2 billion business and one of the biggest children's book publishers in the world.

Scholastic is a leader in the school book fair business — which is in keeping with the company's origins. Nearly 100 years ago, the company started out by building its business in schools.

"If you think of Scholastic, it's a relationship company with teachers and parent and kids," says Dick Robinson, Scholastic's chairman and CEO. "And it succeeded by going on from generation to generation."

Scholastic was founded by Robinson's father, M.R. Robinson. In 1920, he set up an office in his mother's sewing room and published a four-page magazine distributed in 50 high schools. More magazines followed, and in the 1940s, Scholastic introduced book clubs into schools. By the time Dick Robinson took over as CEO in 1974, Scholastic was a respected educational publisher.

"What I noticed was that everybody knew Scholastic in part because of the magazines but also because of the book clubs," Dick Robinson says. "So it seemed to me that the company had a great reputation, but it didn't have quite as much outreach."

Robinson set out to build the company's brand, and by the late '70s, Scholastic had created an entertainment division that was turning out TV shows based on its popular books, such as Clifford, the beloved "big red dog." 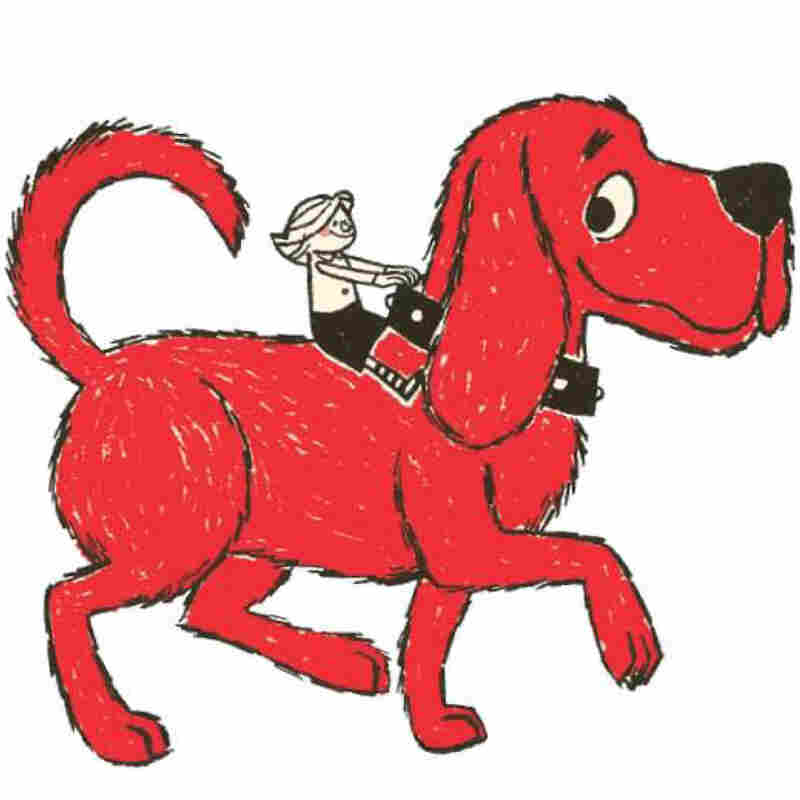 Clifford the Big Red Dog was one of several popular books Scholastic turned into a children's television show. Courtesy of Scholastic hide caption

As school publications continued to thrive, the company got more and more into selling popular books. The trade division began churning out best-selling series like Goosebumps and The Baby-Sitters Club. Ellie Berger, president of the trade publishing group at Scholastic, says they built their success on their experience in the classroom.

"I think it was leveraging the opportunity that Scholastic had in understanding what kids really wanted to read, and taking those books and those ideas, and ... making them available everywhere where kids were consuming books," Berger explains.

At this point, a certain boy wizard flew their way. Berger says no one really understood what publishing the Harry Potter series in the U.S. would mean.

"I think we knew we had a great book in our hands," Berger says. "We knew it was a story we could relate to. There was immediately a lot of excitement around the book, but I don't think we had any idea of what it would actually become."

Following closely on the heels of Harry Potter came another megahit: The Hunger Games. These wild successes had a huge impact on children's publishing, says Elise Howard of Algonquin Books for Young Readers. She says even Scholastic's competitors benefited from their success.

"One thing that Scholastic and companies that have published other children's and YA hits have demonstrated is that this is serious business, and this is seriously profitable business," Howard says. 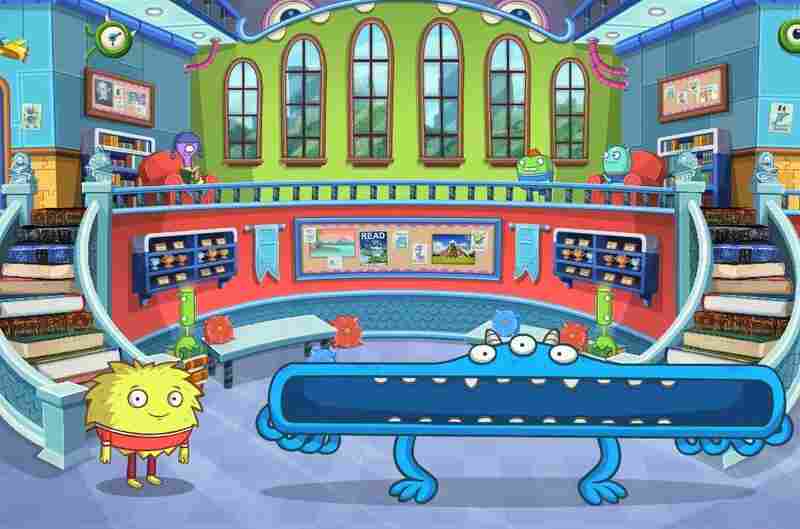 The motto of iRead, Scholastic's digital reading program aimed at kids in kindergarten to second grade, is "closing the gap before it begins." Courtesy of Scholastic hide caption 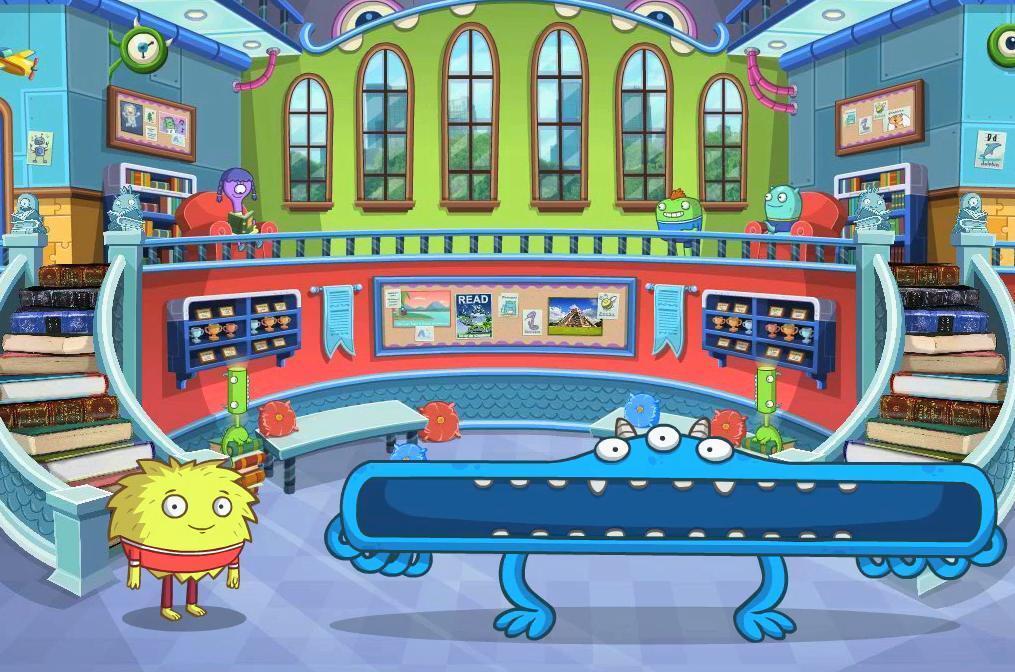 The motto of iRead, Scholastic's digital reading program aimed at kids in kindergarten to second grade, is "closing the gap before it begins."

The success of Scholastic's trade publishing and entertainment divisions may appear to overshadow its less glamorous educational ventures, but Margery Mayer, president of Scholastic Education, says that's not the case. Scholastic, she says, is "an education company 100 percent."

Mayer says that just as the trade publishing and entertainment divisions of Scholastic were growing, so was its educational wing.

"We have really smart people that are on fire about helping kids read," she says. "And everybody, everybody at Scholastic believes that every kid can read well and that being a good reader is part of life."

Jumping feet first into the digital world, Scholastic began working on technology-driven reading programs. The result was READ 180 for struggling readers — a huge success for the company, which recently introduced a new program, iRead, for kids who are learning to read.

"I often end up as a competitor being envious that they got to market with a good researched-based, effective idea before I did," says David Pearson, a professor in the Graduate School of Education at the University of California, Berkley, who has published his own educational programs with a different company. Pearson says the education community is often critical of some of the commercial educational programs on the market because they believe they depend more on market research than educational research. But he says Scholastic's work is generally well-received. 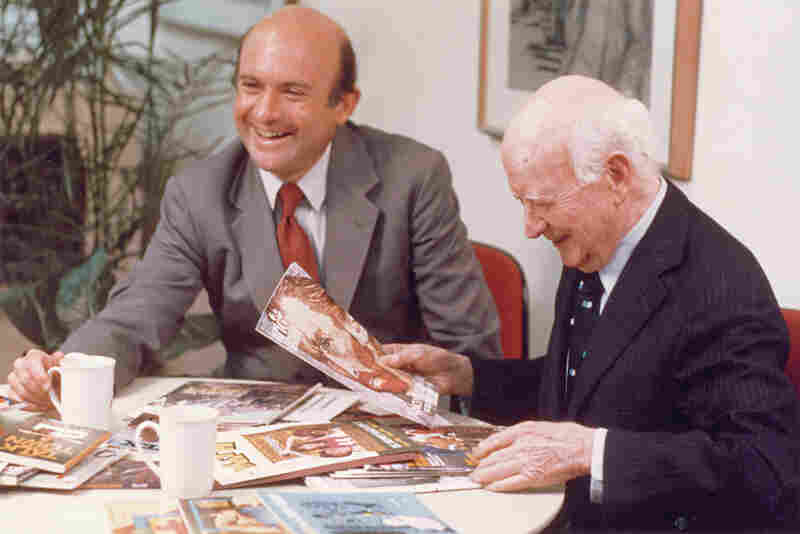 M.R. Robinson founded Scholastic in 1920. His son Dick took over as president and CEO in the 1970s. They are shown above in 1980. Courtesy of Scholastic hide caption 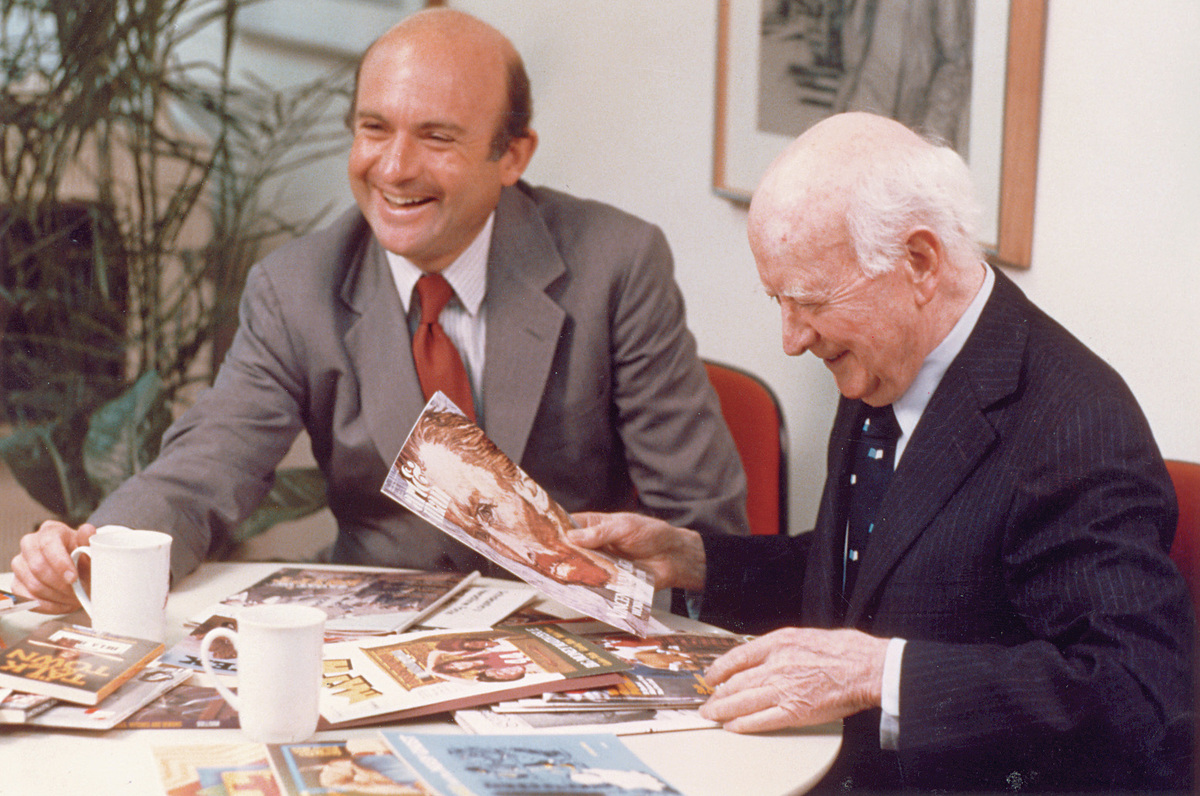 "Clearly they are driven by market forces," Pearson says, "but I think they also pay a lot of attention to the latest research ... particularly in their field on language and literacy learning. But like any good entrepreneurial company, they are out to make a buck."

Scholastic may be out to make a buck, but the company also says it is committed to worldwide literacy. It's a heady goal, which Dick Robinson says dovetails perfectly with the business of selling kids' books.

Robinson says Scholastic has hewed closely to his father's original goal: to help people understand society and how it works. He says his father wanted to do that more than he wanted to make money. The fact that Scholastic is now worth billions is just an added bonus.