Accessibility links
Book Review: 'Love, Dishonor, Marry, Die, Cherish' By David Rakoff | While Dr. Seuss, David Rakoff was not, the author, it's clear, cared a whole awful lot. This book — his last — is a rhymed, pensive story: A triumph, says Heller McAlpin, in all its sly glory. 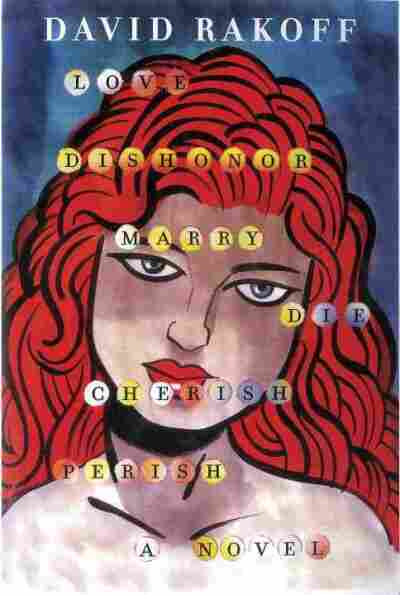 What a loss. That's the thought that kept running through my head as I flagged one inspired rhyme after another in David Rakoff's risky (though hardly risqué) posthumous first novel. Why risky? For starters, Rakoff, who died of cancer last summer, at 47, chose to write this last book in verse — albeit an accessible, delightful iambic tetrameter that is more akin to Dr. Seuss than T.S. Eliot.

Love, Dishonor, Marry, Die, Cherish, Perish encompasses all the activities in its title — which is the wordiest part of this slim but powerful volume. In a series of 12 loosely but oh-so-cleverly connected vignettes, Rakoff has created a series of snapshots of American society spanning most of the 20th century, with a focus on hardships that include poverty, rape, stroke, AIDS, adultery and Alzheimer's. In other words, "all that the Lord seemed to have in His toolkit / Of sadism, suffering, spite, pain, and bulls- - -." Keep in mind that Rakoff wrote this while dying from a disease that first struck him at 22.

If this sounds grim, rest assured that this book, alluringly designed by Chip Kidd and illustrated by the cartoonist Seth, is filled with the sly, sharp social commentary that made Rakoff such a favorite on This American Life and in his best-selling essay collections, Fraud, Don't Get Too Comfortable, and Half Empty. He was, as he put it in a typically self-deprecating personal essay about his relationship with his longtime therapist, "possessed of a certain verbal acuity coupled with a relentless, hair-trigger humor and surface cheer spackling over a chronic melancholia and loneliness." What shines through in this novel, even more than in his nonfiction, is a piercing, wistful appreciation for life, love and art.

At first blush, the opening pair of hard luck tales may strike you as somewhat trite and sentimental. Stick with them. The first chronicles the miserable early years of ill-fated red-haired Margaret, born to a 19-year-old widow in the shadow of the Chicago stockyards. When she joins her mother on the meat-packaging floor at 11, it's actually a relief after being schooled by nuns who "meted out lashings and thrashings despotic / (With a thrill she would later construe as erotic)." That parenthetical aside is classic Rakoff, but the abuse, alas, is not the worst poor Margaret suffers before fleeing to what pretty much has to be a better life. 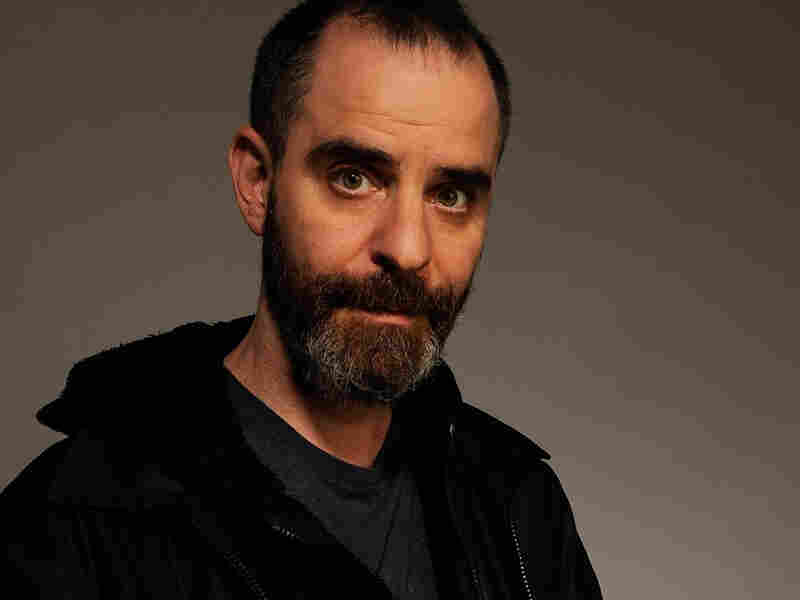 David Rakoff's other works include Fraud, Don't Get Too Comfortable, and Half Empty. He died in 2012. Getty Images hide caption 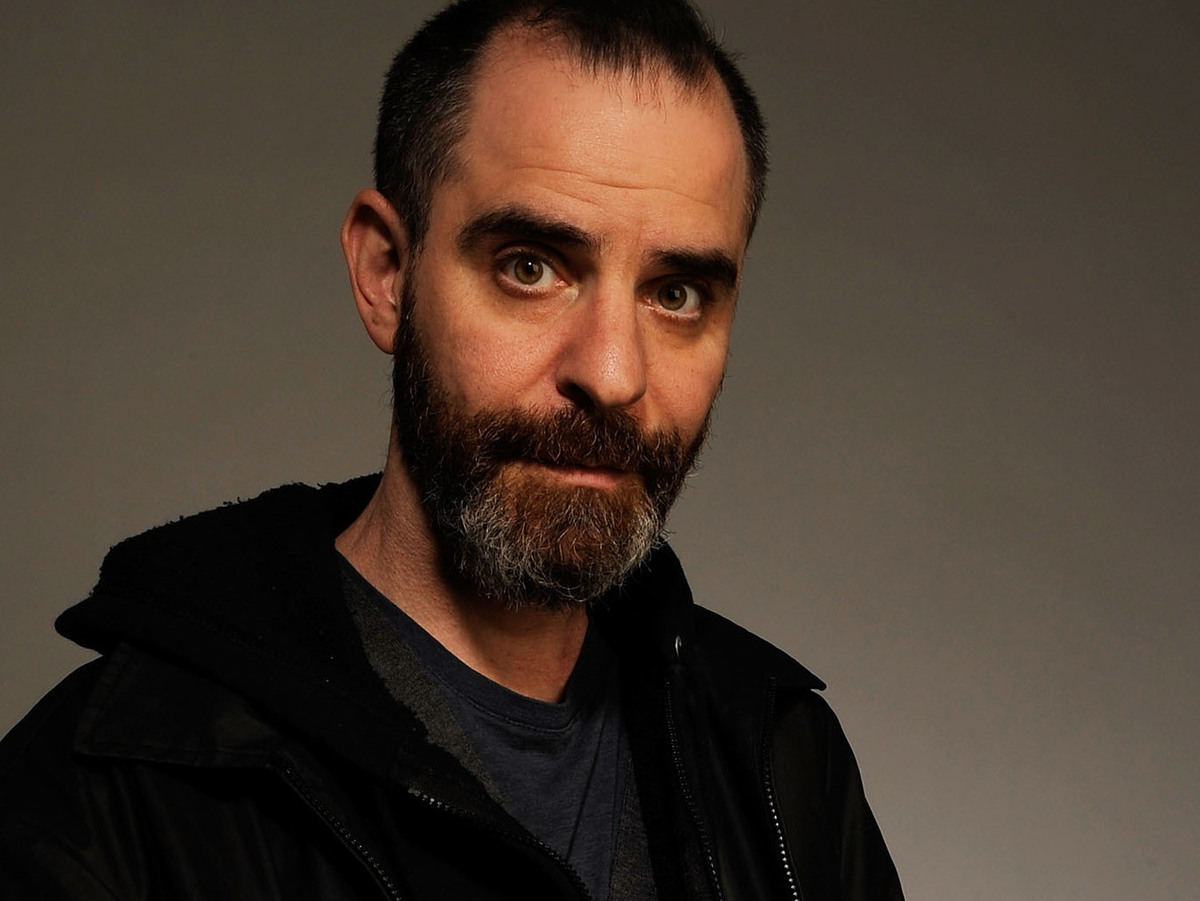 David Rakoff's other works include Fraud, Don't Get Too Comfortable, and Half Empty. He died in 2012.

The book then leaps across decades and states to Burbank, Calif., where we first meet young Clifford, who lives with his unflaggingly upbeat mother and stroke-afflicted father, "Like flies trapped in amber, the three of them stuck / Like so many others dealt cards of rough luck." In a particularly lovely passage, Cliff's mother correctly susses her artistic son's sexuality when she informs him that there will be both male and female models in his drawing classes:

David Rakoff: 'There Is No Answer As To Why Me'

"And there it was! An almost invisible thing
Like seeing a breeze or a hummingbird's wing
The mention of men had gone straight to his heart
And her son gave an almost electrical start
Which caused within her some invisible flower
To bloom, because dear ones, all knowledge is power."

There's plenty of wisdom transmitted in this arch, third person narrative, signals picked up by Rakoff's keen social radar. Vanity, vapidity, greed and narcissism have all been frequent targets of his withering wit before, but skewering them in rhyme is akin to dancing in heels — backward. "San Francisco," rhymed with "Crisco," is deemed a "paradise" despite "pubic lice"; a married 1950s boss heads back to "Greenwich" "replenished" after sex with his secretary; a dress by "Christian Lacroix" is "bourgeois"; and an '80s art opening features literal shots of "bourbon in hypos, doled out by chic nurses — / in truth white-clad models — Osetra beggars' purses."

Rakoff saves his most scathing jabs for the perpetually discontented social climber, Susan, who, after ditching her Oberlin boyfriend for his more-likely-to-succeed best friend Josh, cruelly asks cuckolded Nathan to toast them at their garishly opulent Great Neck wedding. His valiant — but, fortunately, not entirely successful — effort to keep his bitterness in check results in a fabulous tangled allegory about a tortoise and a scorpion — whose "nature" it is to stab. This toast — part of NPR's First Read and recorded as part of an episode of This American Life before Rakoff died — deserves to become a classic.

I'll spare you my flat-footed Rakoff rhymes (back off, slack off), which would demonstrate how hard it is to do this well. The last novel in verse I admired this much was Vikram Seth's The Golden Gate, published in 1986 and based on my all-time favorite, Alexander Pushkin's 1833 masterpiece, Eugene Onegin. The point is that Rakoff's Love, Dishonor, Marry, Die, Cherish, Perish is a rare bird: moving, amusing, lilting, crushing. It pains me to think what else this brilliant writer might have gone on to produce.