Accessibility links
All Charged Up: Engineers Create A Battery Made Of Wood This doesn't look like your trusty potato battery: a prototype device made by scientists at the University of Maryland uses wood fibers coated with carbon nanotubes to create an electric current. Wood fibers are coated with carbon nanotubes and then packed into small disks of metal. The sodium ions moving around in the wood fibers create an electric current. Heather Rousseau/NPR hide caption

The big idea behind Joe's Big Idea is to report on interesting inventions and inventors. When I saw the headline "An Environmentally Friendly Battery Made From Wood," on a press release recently, I figured it fit the bill, so went to investigate.

The battery is being developed at the Energy Research Center at the University of Maryland in College Park. 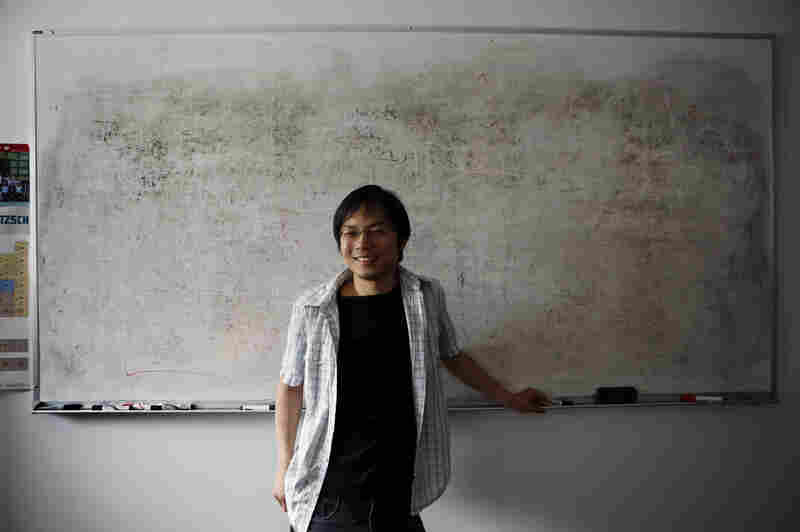 Dr. Lianbing Hu heads the group that developed a new battery made with wood at the Energy Research Center at the University of Maryland in College Park. Heather Rousseau/NPR hide caption 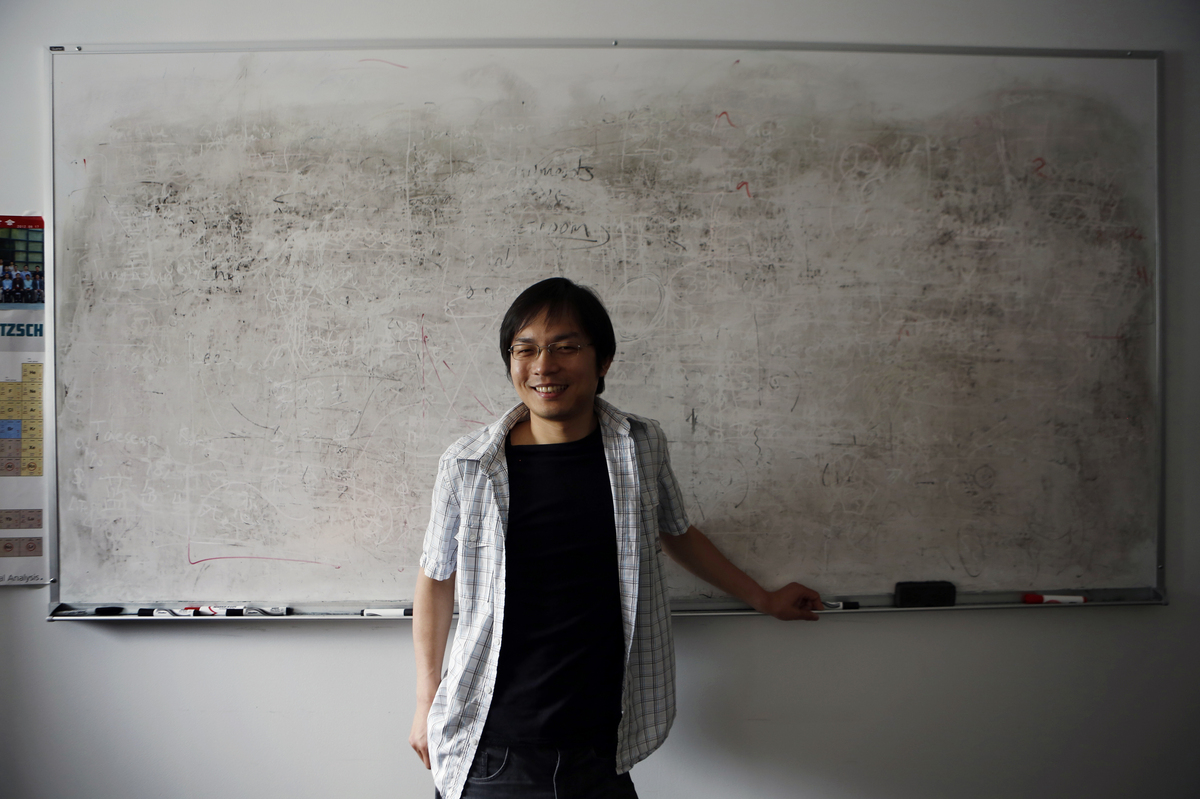 Dr. Lianbing Hu heads the group that developed a new battery made with wood at the Energy Research Center at the University of Maryland in College Park.

I really wasn't sure what a wood battery would look like. I knew you could make a battery out of a potato and wires, so I figured maybe they were doing something similar with a block of wood.

Wrong. The "wood" is actually microscopic wood fibers that are fashioned into thin sheets. The sheets are then coated with carbon nanotubes and packed into small metal discs.

Now, wood is comparatively cheap. So is sodium. Liangbing Hu, head of the battery project, says he's hoping the new batteries can be scaled up so they'll be useful for storing the vast amounts of energy generated by solar arrays or wind farms.

"I think this wood-based storage can play a very important role as a low-cost solution," he says. 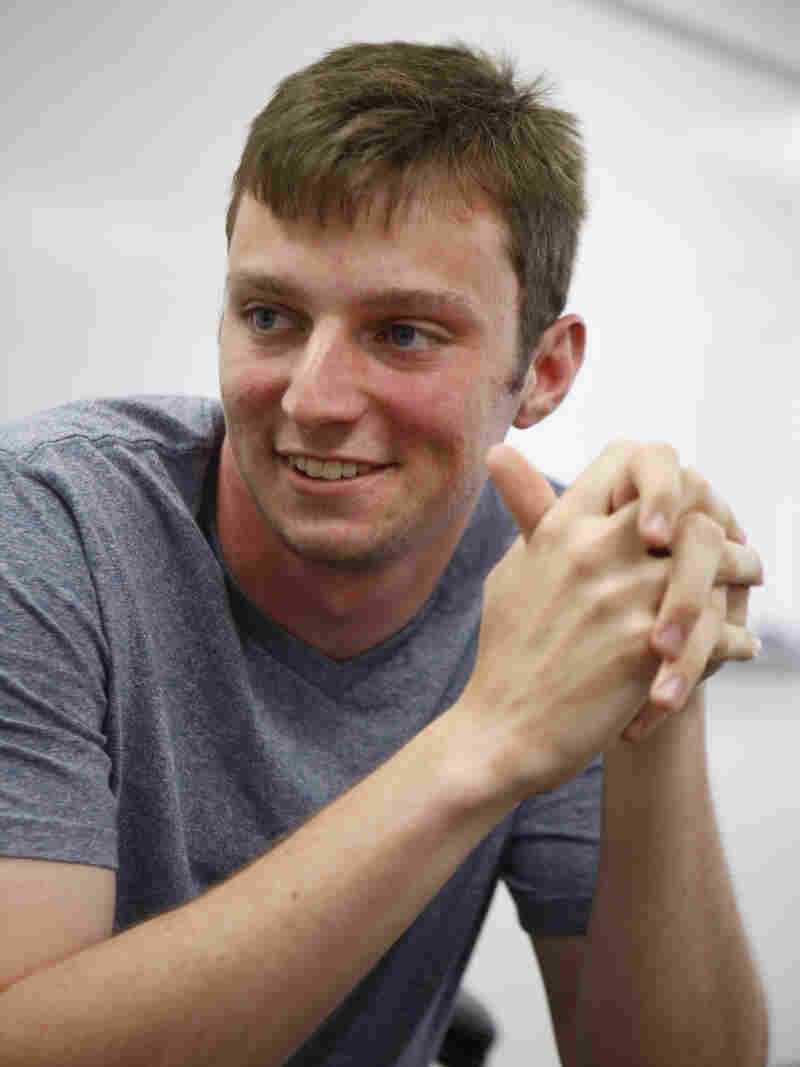 Right now the battery is just a prototype. Hu and his colleagues will need to tweak the materials before they have something commercially viable.

There was something else interesting about the new battery: One of the authors on the paper describing it in Nano Letters was an undergraduate. What's up with that? How does a young college student wind up co-authoring a paper in a major scientific journal?

Hu says Nicholas Weadock was an engineering major who expressed an interest in working in the lab. "In the very beginning he was helping students, my Ph.D. students actually, correct some English grammar," says Hu. A lot of Dr. Hu's doctoral students are from outside the U.S. "During the process ... he asked a lot of interesting, very insightful questions, not only about the language, but about the science behind it."

Weadock says he had originally wanted to work on wind power, but became interested in energy storage technology and wanted to show Hu that he could be a contributor to the lab.

"I came to the group meetings, I made suggestions, and I was ambitious enough to show him that I can do my own project," he says.

Weadock is off to the California Institute of Technology in the fall for graduate school, where he plans to continue work on energy storage. Hu says the positive experience with Weadock has convinced him to recruit more undergraduates to his lab.