Accessibility links
Jason Isbell: The Fresh Air Interview The singer-songwriter earned a name for himself while playing with Drive-By Truckers and The 400 Unit, but on his new album — written after he got sober — Isbell finds a new level of emotional honesty. Here, he talks with Terry Gross about his life and plays songs from Southeastern. 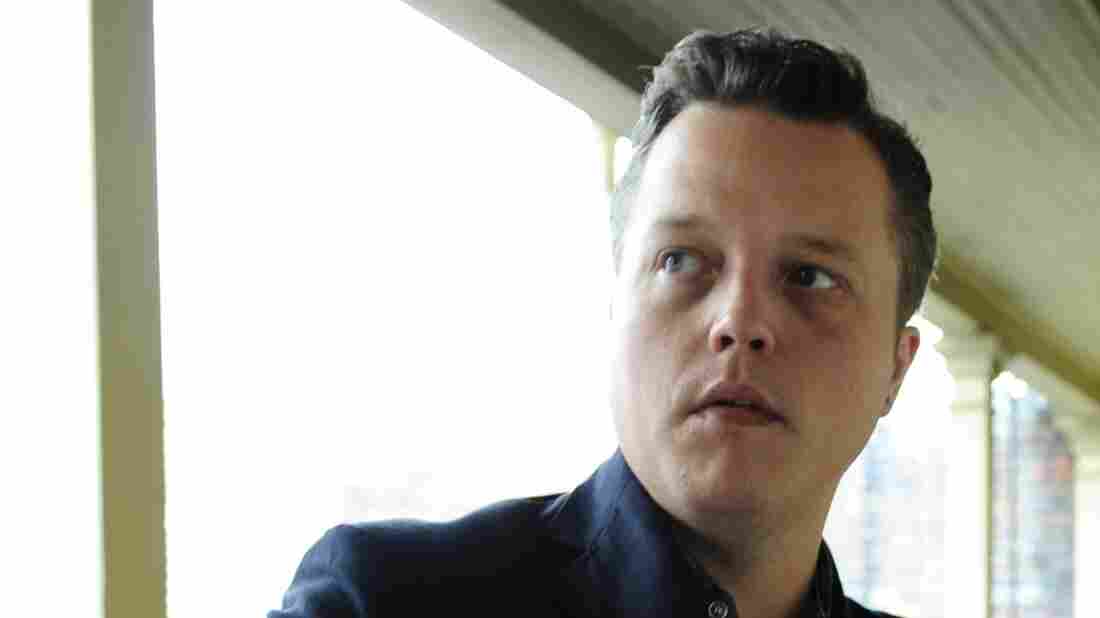 Jason Isbell was previously a member of Drive-By Truckers. His solo albums include Sirens of the Ditch and Here We Rest. Eric England/Courtesy of the artist hide caption 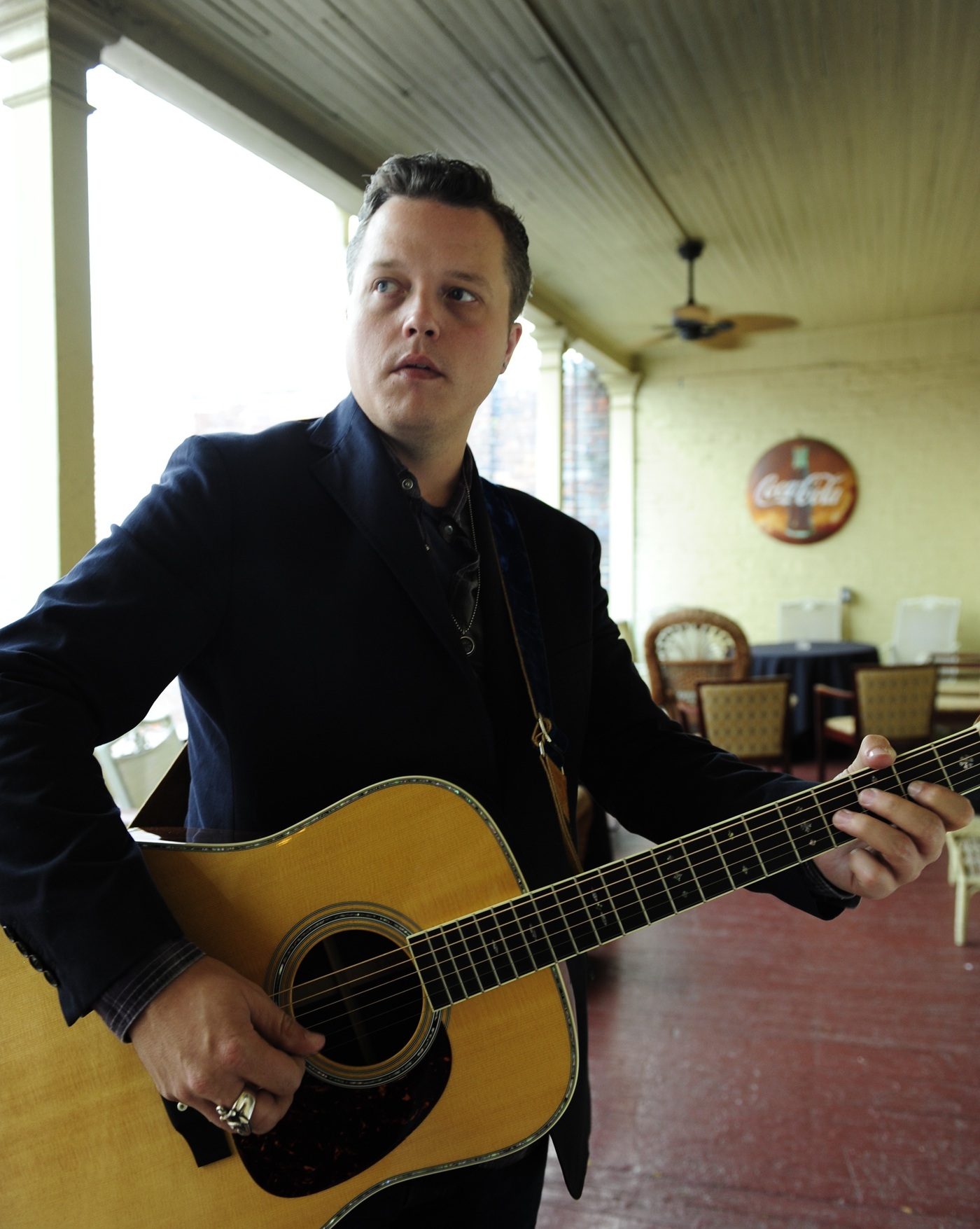 Jason Isbell was previously a member of Drive-By Truckers. His solo albums include Sirens of the Ditch and Here We Rest.

Eric England/Courtesy of the artist

When singer-songwriter Jason Isbell used to get drunk, he'd sometimes tell his then-girlfriend, the musician Amanda Shires, that he needed to quit the bottle — and that if it was going to take, he'd have to go to rehab. Eventually, she said the next time he told her that, she'd hold him to it. And she did. And he went. And, he tells Fresh Air's Terry Gross, "The jury is still out on whether or not it worked, but it worked today and all the days leading up to this."

Initially, he says he was scared about what sobriety would do to his personality and his creativity.

"The changes can't all be good changes," he says. "There's got to be something that you're losing there, some kind of potency, or humor even, or some sort of attractiveness — not only to the person you're with romantically, but to your family, to your friends."

But his fears have thus far proven unfounded. Shires has since become his wife, and his new solo album, Southeastern — some songs from which he plays for Gross — has been turning heads. In these songs, Isbell, a former member of Drive-By Truckers and current frontman for The 400 Unit, lays himself eloquently and emotionally bare.

While long-recognized as a brilliant songwriter, Isbell credits sobriety with his newfound openness on Southeastern.

"I think there's an openness you really have to accept if you're going to make a change like that," Isbell says. "You have to be all right with saying, 'I have weaknesses.'

"[W]hen I've got a piece of paper in front of me, I feel like that's therapy for me in a whole lot of ways," he adds. "So I feel like I should go ahead and get it out and tell it all like it happened."

"For a lot of folks who get sober, the process of getting and staying sober becomes their higher power, and it becomes a religion that sort of consumes a whole lot of them. I just don't think that that's necessary. I think that that can be a side note rather than the story of your life. I think a lot of people are scared, and I know I was scared to get sober, at least using this as an excuse; 'I don't want to be one of those sober people.' And I don't think you have to be. I think you can be one of those people who happens to be sober. For me, no, I'm not a particularly religious person. I was determined not to convert during that process."

On the characters in his song 'Elephant,' which deals with cancer

"I like to mix people together and make characters, especially with a song that's this heavy, with a subject matter that's this heavy. I like to build characters and allow them to behave as naturally as possible, and I think the two people that wound up existing in this song, I think they really did behave the way those folks would.

"I think the original inspiration for this [was] I used to spend a lot of time in this bar downstairs from the apartment that I lived in, in Alabama, before I moved up here to Nashville. Gradually, the regulars would start to disappear. Almost always, it was cancer-related. Over time, there were probably eight or nine people who just would sort of vanish almost right before your very eyes. These were people who weren't having the best life. They were spending a whole lot of hours sitting at a bar, but I think I got that idea. I imagined a couple of folks who were drinking buddies, nothing more than that, and how their relationship changed when one of them got sick. I've known a lot of people who have gotten cancer and died. I think everybody has at this point in time, but those two folks aren't necessarily people who exist in reality."

On his parents' views on him being a musician

"My dad, he worries a bit, usually with good reason. There were quite a few years there where he was probably trying to resign himself to fact that I wouldn't live too much longer, just because of the way I was living. ... There was a moment for Dad where he realized it was going to work out as a career and he called me, he pulled over on the side of the road in his truck, this is probably 8 or 9 years ago. He was listening to demos from my first solo record; he pulled over on the side of the road on his way to work and called me and said, 'Well, son, I don't think you're going to need a backup plan. I think you can go ahead and do this. I just wanted to tell you that.' Which is a big deal for my father. It was always, 'Have something to fall back on.'"

On the name of his band, The 400 Unit, being inspired by the unit of a mental hospital

"It sounds a little insensitive now, I guess. I think [the hospital] changed the name of the place. I don't think that's our fault. I think they changed it anyway, [but] they would take folks out, their day patients. They would take them out once or twice a week, and they would give them all 10 or 15 bucks and put a name tag on them; they would get out of a big white Ford van downtown in Florence, Alabama. They'd walk around and try to get lunch. It just scared the locals. The locals saw the van and knew what it was, and they got out looking real disheveled and disoriented, and they would try to exist in reality as a normal person for an hour or however long it took to get a Subway sandwich or something.

"We had been on the road for about a month. We stopped somewhere and we all got out of the van and we were drinking pretty heavily and not getting a whole lot of sleep, and it was the middle of the day and we were all hungover and smelled pretty bad, and I handed everybody 10 bucks because it was their per diem for the day, and we all went to get a sandwich, and I thought, 'Man, that reminds me so much of something I've seen somewhere before.'"