Accessibility links
Is It Time To See Each Other's Tears? NPR's Michel Martin says Americans sometimes have an empathy gap when it comes to other people's pain.

As I was heading home the other day, I was thinking about a situation I encountered a while ago when I landed back in the Washington, D.C., area after a trip.

I was hungry and saw that one of my favorite lunch spots had opened an outpost at the airport. So I ducked in there and was just about to order when I realized that a young woman standing next to me was having some sort of confrontation. It was loud, and getting louder. 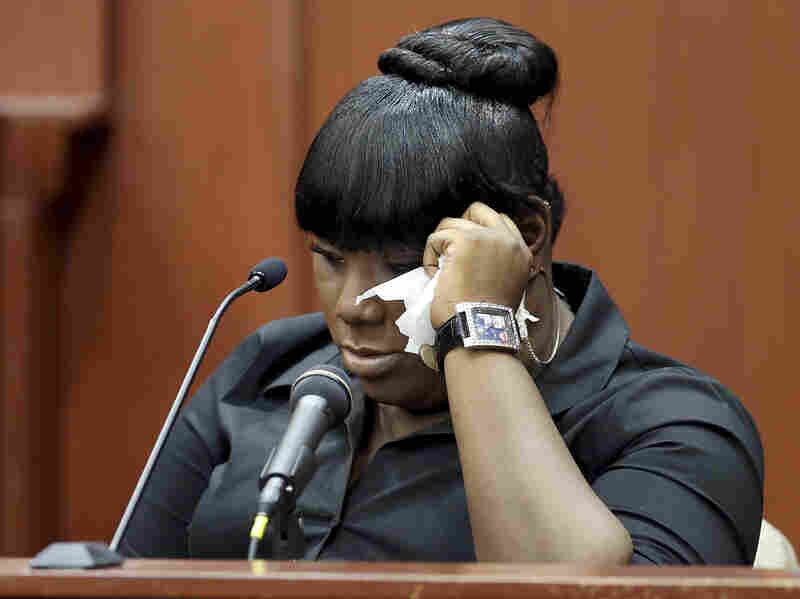 Rachel Jeantel, the witness who was on the phone with Trayvon Martin just before he was killed, gives her testimony during George Zimmerman's trial in Sanford, Fla., last month. Jacob Langston/AP hide caption 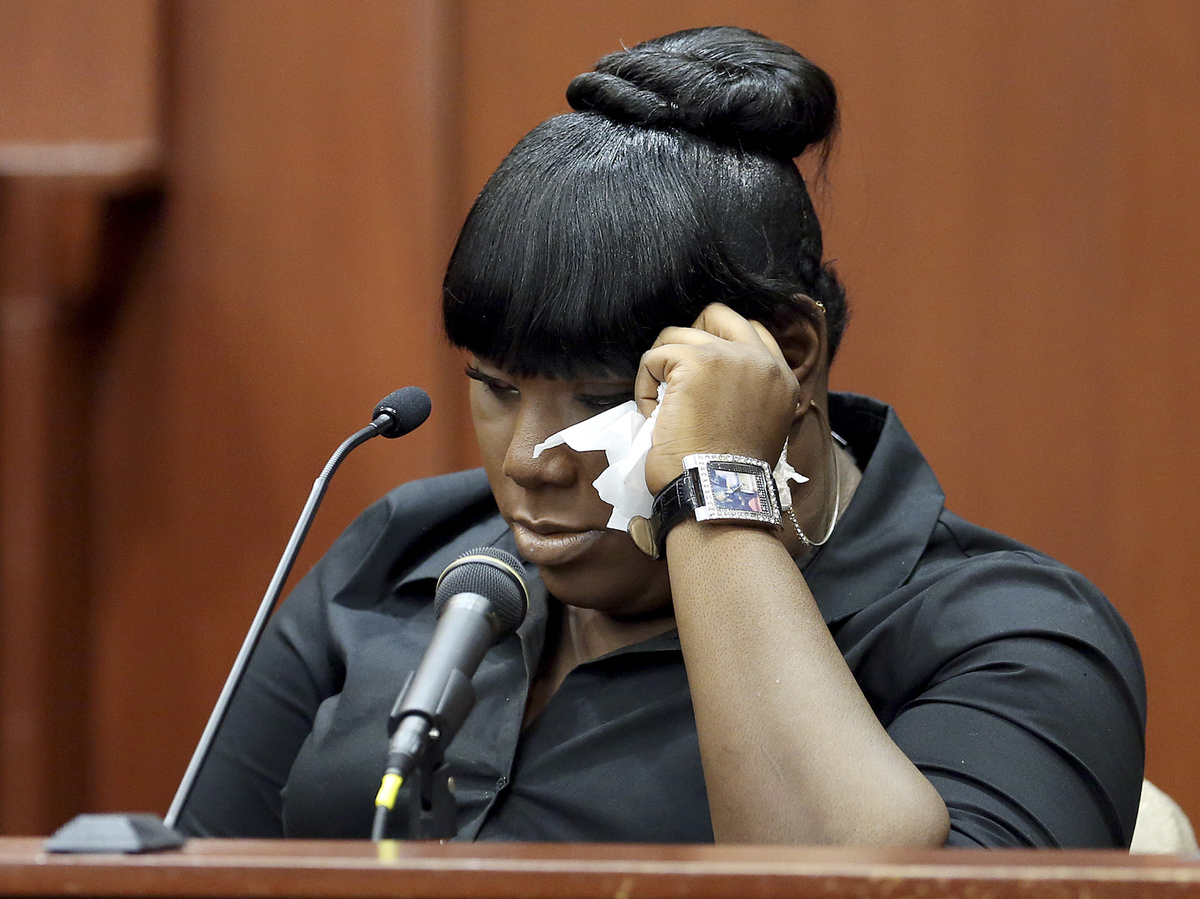 Rachel Jeantel, the witness who was on the phone with Trayvon Martin just before he was killed, gives her testimony during George Zimmerman's trial in Sanford, Fla., last month.

I turned to look at her. She was a "big girl," as my parents would say. Tall, stout, and she had one of those wigs or weaves that — if you were having a mean moment — you might be asking, "Why is she wearing that?" If you must know, she actually looked a little bit like a certain star witness in a recently concluded trial. So I had to decide what to do. I could have walked away and gotten my sandwich somewhere else, but I decided not to. I did the kind of thing that makes my husband — a former prosecutor — crazy, but I insist on doing anyway. I asked her, "Are you OK? Can I help?"

And you know what happened next? A big, fat tear rolled down that girl's cheek, and she ducked her head and told me what happened. Somebody behind the counter, who was supposed to be making her sandwich, had made fun of her hair. It hurt her feelings, and she felt humiliated. And, this is me talking now, she had no words for her hurt feelings. But she did have words for her anger. So she started yelling.

Can I just tell you? This is where we are right now. Now, we have to choose. We can listen to the shouting or we can choose to see the tears. So if by now you have decided that story of what happened between Trayvon Martin and George Zimmerman is all just media hoo-ha, engineered by professional agitators who have nothing better to do for a living, then you certainly have that choice, but you are choosing not to see the tears. You are choosing not to see the tears of parents and siblings and friends — your neighbors, maybe the guy in the cubicle next to yours — who see their loved ones threatened, hurt and even killed, and then come to believe that those deaths count for nothing.

We brought you a story last week that may explain even a piece of this. Jason Silverstein, a doctoral candidate at Harvard, wrote in Slate and told us about a university study demonstrating that people do not respond equally to the pain of others. Researchers actually showed this by analyzing the brain responses of subjects. They found that when viewers saw white people receiving a painful stimulus, a needle prick say, their brains responded more dramatically than they did for black people. He called it a racial empathy gap, and Silverstein wrote that the problem isn't just that people disregard the pain of black people; the problem is they think their pain isn't even felt. And yes, since I am sure you want to know this, even black participants assumed that black people felt less pain than whites.

Why would this be? Silverstein told us the research suggested that study participants assumed blacks are somehow impervious to pain because they've felt so much of it. In his words, "because they are believed to be less sensitive to pain, black people are forced to endure more pain."

I tell you this not to re-litigate this painful trial that has just concluded. This is not a suggestion we all leave our car doors unlocked and our handbags gaping wide when we leave the house. We've all developed our gut instincts for better or worse. But it is a plea to reconsider those gut instincts, and what they are based on. Think about the conversation we'd be having now if, instead of thinking, "These __ always get away," a certain neighborhood watchman had stayed in his car with his gun tucked in his waistband, and asked a teenager visiting an unfamiliar subdivision, "Are you OK? Can I help?" Then he might have learned that a 17-year-old was trying to find his way back to his little brother, armed with skittles and iced tea. Instead of, well, you know the rest.

To tie a bow on the rest of my story, I asked for the manager and suggested he apologize to the young lady, which he did. I asked her if I could hug her, and I did. And I told her she was beautiful, no matter what anybody else thought. And you know what? She is.