Accessibility links
South Boston Transformed In Whitey Bulger's Absence The neighborhood that reputed mob boss James "Whitey" Bulger is accused of terrorizing with murders and extortion is now a destination. 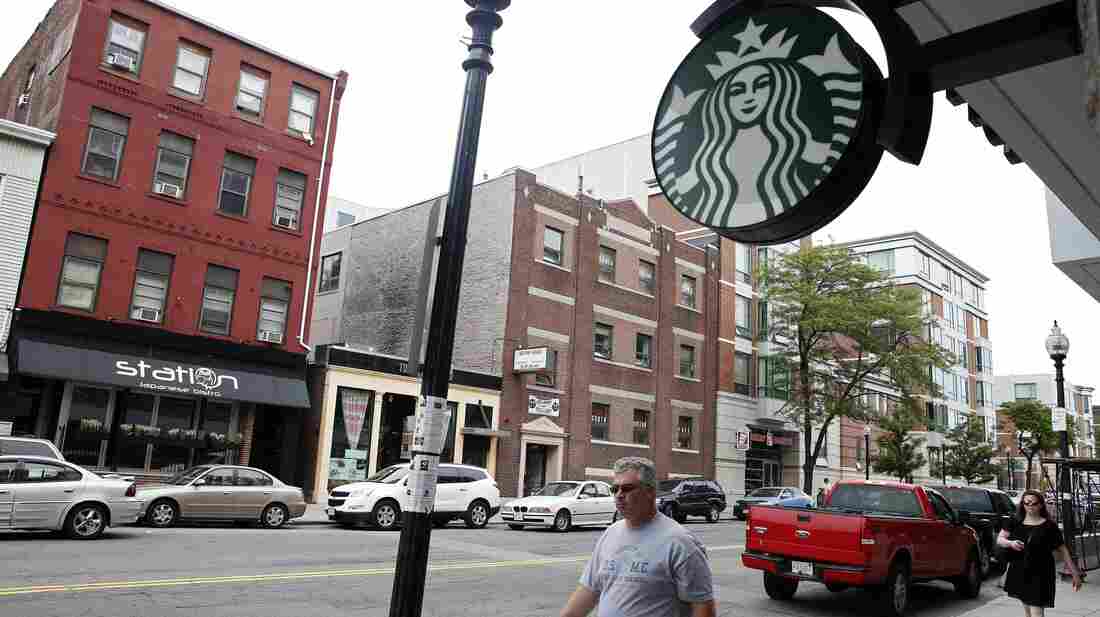 Four decades after James "Whitey" Bulger first rose to power, "Southie" is not what it used to be. The once blue-collar, Irish-Catholic neighborhood is now an ethnic melting pot that has been invaded by young urban professionals who have gentrified the area and smoothed out its once-rough edges. Michael Dwyer/AP hide caption 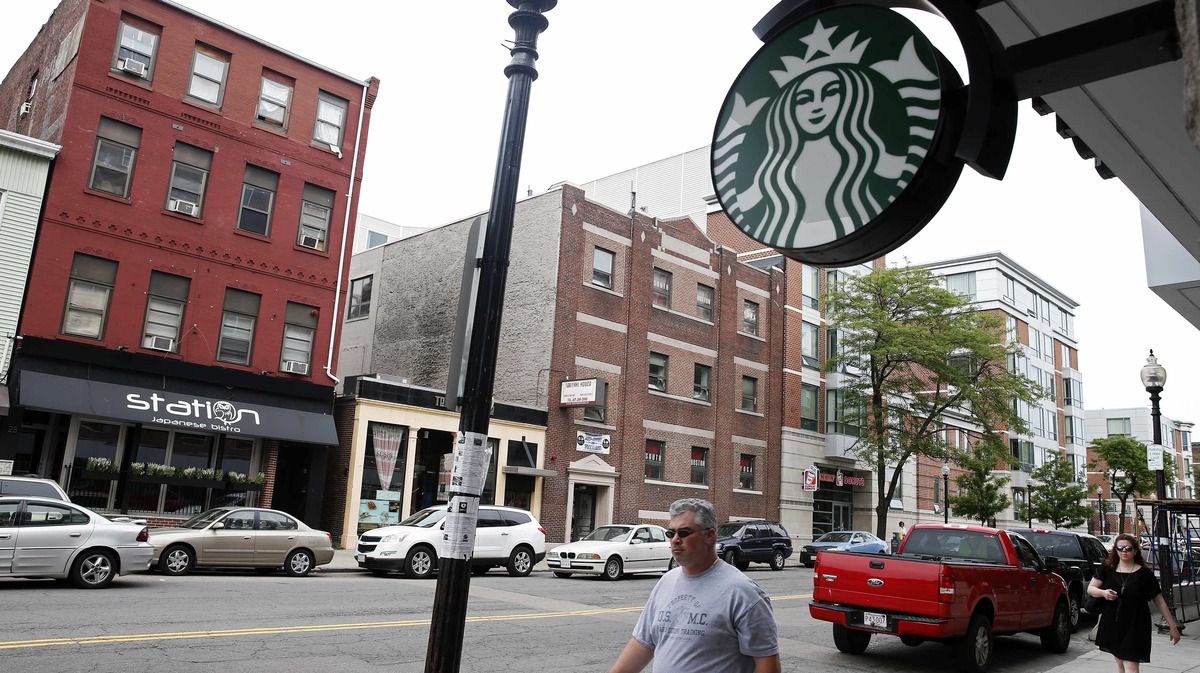 Four decades after James "Whitey" Bulger first rose to power, "Southie" is not what it used to be. The once blue-collar, Irish-Catholic neighborhood is now an ethnic melting pot that has been invaded by young urban professionals who have gentrified the area and smoothed out its once-rough edges.

When the FBI brought reputed mob boss James "Whitey" Bulger back to his old stomping ground of South Boston to be tried in federal court after 16 years on the lam, he must have done a double take. The neighborhood that Bulger is accused of terrorizing with murders and extortion is booming.

On L Street, a busload of tourists unloads into a corner tavern, where bartender Ron Rumble shows them where scenes from the movie Good Will Hunting were filmed. Other tour stops show scenes from Mystic River and The Departed. Guide Elizabeth Rouse says the gritty Irish neighborhood depicted in those movies almost feels likes Hollywood fiction now.

"Even when I was little — and I'm not that old — it was a much different place," Rouse says. 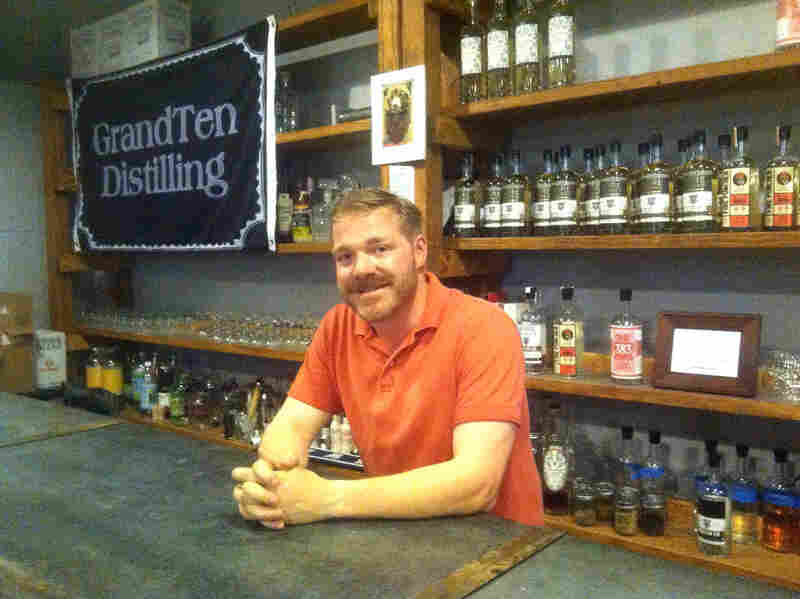 Lonnie Newburn says if he had to stress about extortion, he definitely wouldn't be opening a distillery in Southie. Curt Nickisch for NPR hide caption 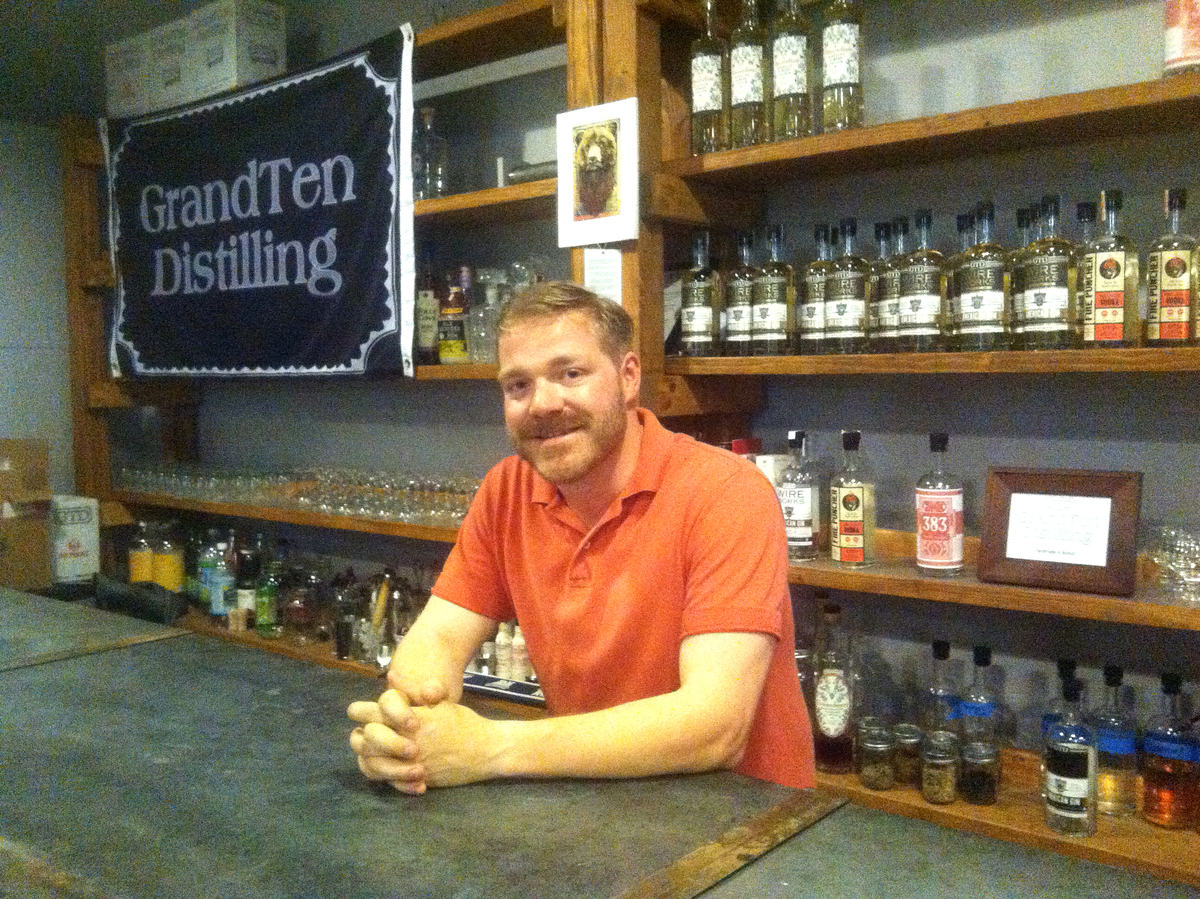 Lonnie Newburn says if he had to stress about extortion, he definitely wouldn't be opening a distillery in Southie.

When she was little, her family told her to walk quickly past where Bulger was known to hang out. Today she's bringing busloads of tourists here. South Boston has become such a desirable neighborhood she can't afford to live here anymore.

"I sell $30-a-pound cheese," says Matt Thayer, co-owner of American Provisions on South Boston's Broadway. He opened the shop after noticing affluent newcomers were doing their shopping outside the neighborhood — though Thayer says he's made a big effort to become accepted by everyone.

"Fifty years ago, you'd go to a bakery, you buy fresh bread, and that money's staying in Southie, you know what I mean? So that's how we try to tell it anyway. I'm sure we're still the yuppie shop around the corner, though, but it is what it is," Thayer says.

South Boston's waterfront beaches and proximity to downtown office buildings make it popular with workers who haven't started families yet but have pets. Dogs now outnumber schoolchildren here more than 2 to 1. In 1980, this neighborhood was 99 percent white; today it's about 75 percent. Longtime residents are getting weary of the changes.

"No, it's so crowded now, it's over-condensed. There's no parking," says police officer Billy Evans. He attended a recent neighborhood meeting about a new condo development. Another resident, J.J. Cee, says the nouveau riche are forcing him out.

"Oh, I'll say hello to them, if they're gonna be neighbors, but I won't be here that long, because I won't be able to afford the real estate tax," Cee says. "That's how they're getting us out. That's why I'm calling it economic apartheid."

This week, another development with more than 400 apartments got approved. The city is aggressively branding the South Boston waterfront closest to downtown as the Innovation District.

"It's amazing not only what has happened in this area of Boston, but what's going to happen," says Adam Ziegler, who founded a startup called Mootus, kind of a Wikipedia for lawyers. From his 14th-floor office that he shares with more than 100 other startups, he looks out on expensive seafood restaurants and a new corporate headquarters — and also right out on the courthouse where Bulger is being tried for racketeering.

The 'Time Capsule' Of Mob Lingo At The Whitey Bulger Trial

What he sees, he says, is "all this real estate that's really being put to its maximum beneficial use, as opposed to just sitting unoccupied or, worse, used for nefarious criminal activities."

It's hard to know how much South Boston's boom is thanks to Bulger being out of the picture. Lots of other things happened since he went on the lam — for example, the Big Dig, an infrastructure project that made South Boston much more accessible.

Even so, Lonnie Newburn says if he also had to stress about extortion, he definitely wouldn't be opening a distillery in Southie.

"That's been a trial in itself. There's been a lot of struggles and a lot of hoops we've had to go through," Newburn says.

And Newburn says few customers would have ventured down for tastings in the old days for fear of seeing someone gunned down.

As he washes a beer glass at the L Street Tavern, bartender Rumble says he'll take the South Boston of today and tomorrow over Whitey's Southie any day.

"The past is the past, and we got by that," Rumble says.