Accessibility links
Gillian Welch And David Rawlings On Mountain Stage Welch and Rawlings string together a mix of genre in this performance. Hear some of the duo's early work together, recorded shortly before the release of 1996's classic Revival. 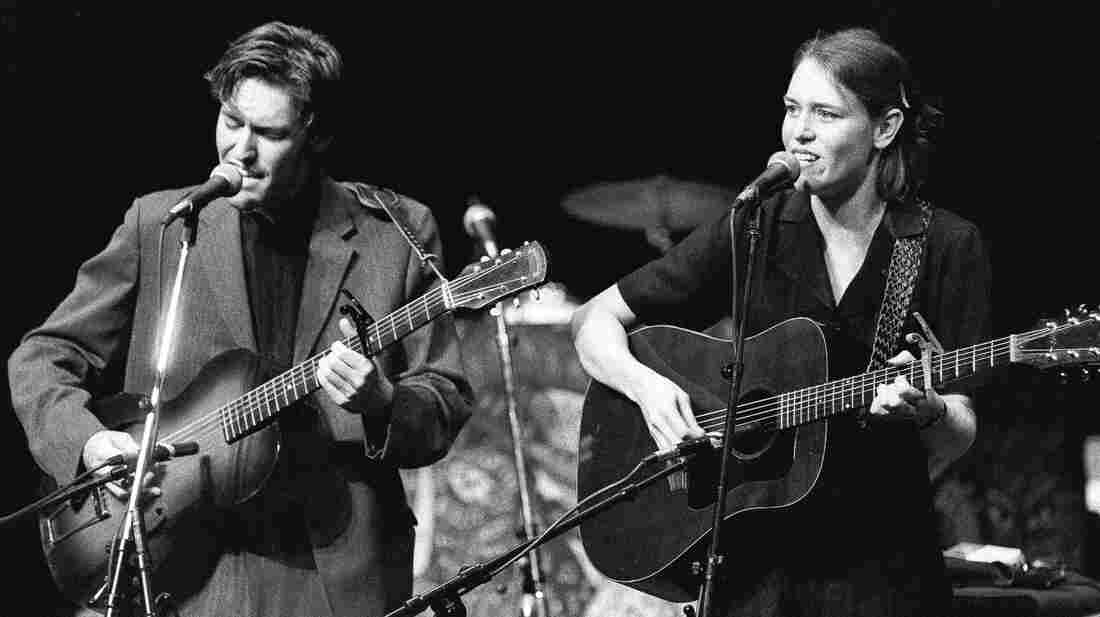 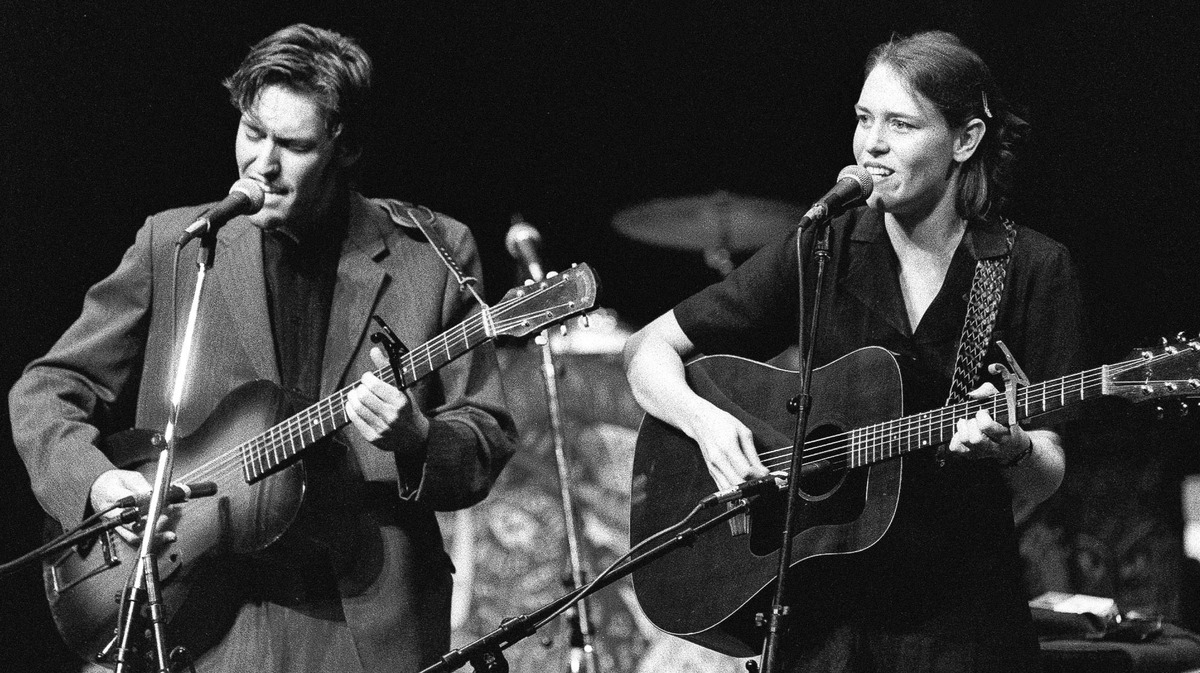 Singer-songwriter Gillian Welch and guitarist David Rawlings made their first Mountain Stage appearance on Nov. 19, 1995. At the time of this performance, their landmark debut Revival was many months from release, and Welch was celebrating having her songs covered by Tim & Mollie O'Brien and the Nashville Bluegrass band on their latest albums.

When Revival was released the next spring, it met with massive critical acclaim; Welch and Rawlings' singular stew of rural Appalachian sounds, bluegrass, country, folk and rock is all but universally recognized as some of the finest music of its time.

Their Mountain Stage set includes songs that would later be included on Revival, along with "Red Clay Halo," which Welch would finally record for 2001's Time (The Revelator).