Accessibility links
Hey, Kid: Thoughts For The Young Oddballs We Need So Badly How does a creative kid keep going in a spirit-squashing world of the familiar? We have some ideas.

Hey, Kid: Thoughts For The Young Oddballs We Need So Badly

Hey, Kid: Thoughts For The Young Oddballs We Need So Badly 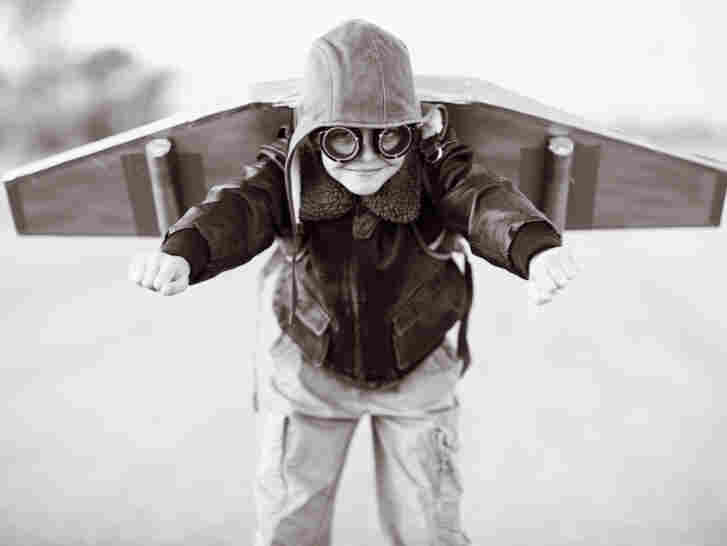 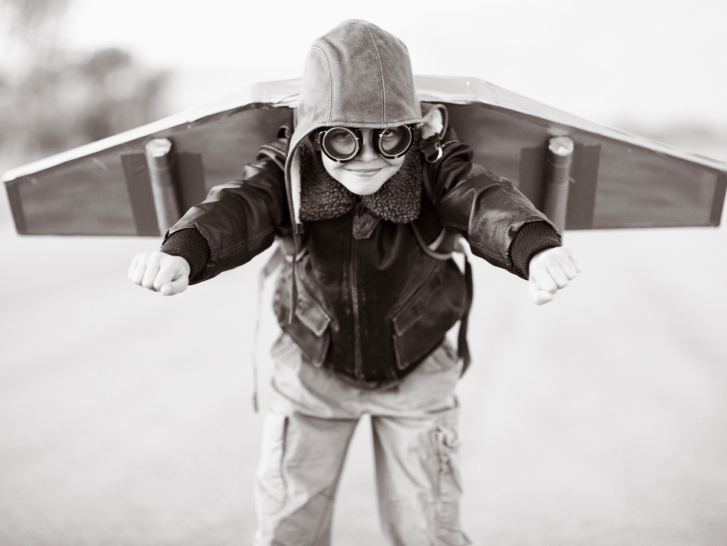 Rian Johnson, who wrote and directed films including Looper and Brick, not to mention directing a few episodes of Breaking Bad, tweeted early this morning: "To me the great hope is one day some little fat girl in Ohio is going to make a summer movie where skyscrapers don't fall over like dominoes."

This took me a moment to process as I rubbed my eyes over a cup of coffee, but I eventually understood the plaintive wish at the center of his surprisingly profound statement, and I recognized it: When I am drowning in the familiar, I am comforted by the belief that somewhere there is a kid who will one day do something different. (And in this, he has since added, he was adapting an earlier comparable musing from Francis Ford Coppola.)

And my next thought was, "If I were that girl, why would I believe anyone would care?" So the thought after that was, "I need to write that girl a letter."

Don't confuse what people are getting with what people want. It's very easy to pull back and think, "Well, superhero movies are what people want; that's just the way it is, so who cares about my idea for a story about a family operating a grapefruit grove?"

But Superman has only been around for 75 years. A hundred years ago — within the lifetimes of many people who are still alive! — we didn't even have superheroes in their current form. If you had told people then, "I am a young person, and I intend to create Superman," they would have told you, "That's nice, dear, eat your dinner." Things change.

Learn the difference between feedback and criticism. Feedback is primarily for you; criticism (in the sense of "a movie critic" or "an arts critic") is primarily not. Criticism is part of an ongoing cultural conversation that's designed to make everybody smarter and better and more thoughtful and to advance the art form itself; it's done even when the creator of a piece is long dead. It's not really for you.

Feedback, on the other hand, is aimed at you to make you better, and that's the only kind of feedback worth paying attention to. If you can't listen to it and take it in without your hackles rising, you will never become good. Period, boom, g'bye.

But! Only listen to it if it's supposed to make you better, not if it's supposed to make you stop. And remember: much of what is presented as criticism or feedback is not about you at all. Some people are just walking around with a mouthful of acid, and they spit it at you because you're there. You will know them by their tendency to spit acid at everyone indiscriminately and by their inability to love anything as much as they hate everything.

Get to know pod theory. When you work with a group of people on a project (as you probably often will) and it goes well, make them what we'll call your "pod." (One of my past editors taught me that phrase.) Your pod may grow out of your band, or your camp friends, or your college friends, or the people in a play with you, or the people who work on your web site. You'll notice pods all over the place, especially on Twitter, if you follow writers and musicians and comedians and people like that. There are groups of them that know each other, talk back and forth — those are pods.

What you want isn't to beat everybody else in your pod and be the biggest success; what you want is for everybody to do well. What's good for somebody in the pod is good for the whole pod. (This is a rough translation of "it's who you know," but it doesn't matter who you know if you know a bunch of people who don't help each other out.)

Do a lot. This may seem like strange advice, but I mean it — do a lot. Write a lot, paint a lot, shoot a lot of film, take a lot of pictures, dance a lot, sing a lot, whatever the thing you do is, do it a lot. You have to get limber and skilled, so that when you have an idea, you can manipulate it and do the work part of the work. The idea is sort of the balloon in a balloon animal; you have to have it, and it has to be strong, or else there's nothing. But you'll be distinguished more by your handling of it than by the thing itself, and the best way to do that is to do the thing you do a lot.

You may well make your first — and best — art from the things you most wish wouldn't happen. This is the most personal part of this advice. Bear with me.

But you may also find that you have all the big feelings, including the incredibly uncool big feelings. There are things I did, particularly in middle school and to a lesser extent high school, that are just so mortifying to me that I hesitate to describe them in detail. (One example: I once went to a local jewelry store at the mall to meet an Olympic skater who was signing autographs there, because one of my friends told me he was cute, so when I met him, what came out of my mouth was, "My friend told me I should come meet you because you're so cute.") (I still hate that I did this. Still. And I was 13.) (Wanted. To. Die.) (Still do.) (I apologize, Peter Carruthers.)

I was terminally awkward, like I was trying to operate a computer with mittens on, so that socially speaking, instead of typing "Hi!" I would wind up typing "HA4TFAT4WEAW!" and people would back away.

The chances are excellent that at some point, you will do something like this — something big, intentionally or accidentally theatrical, something that you will still slightly sweat telling people about in 30 years. It is who you are. It marks you, and us, and those who are like you, and us. (Hey, flawless impulse control is overrated.)

Here's the good news: that may be your first material. The first personal essay I ever wrote in the style I write now was something I wrote in my junior year of high school about being in eighth grade and accidentally dumping my entire dinner in my lap at the annual banquet of the Delaware Society of Professional Engineers, where I was being honored for my accomplishments on the math team.

Now just chew on that for a minute. If there were an Uncool Olympics based on that experience, I would be dancing up and down the levels of the medal stand with all three medals in my hands, and they would play my anthem three times while I waved all the medals yelling, "That's right, suckers. SNACK ON THIS, FOR I AM TRIUMPHANT."

But something in me recognized it as funny rather than purely miserable, and I wrote about it, and people thought it was funny. That same year, I started writing something I called Memoirs From The Country Club's Reject Pile, where I mined additional embarrassing and/or treacherous tales of acting like a doofus for material. As you can tell just from that title, there is a direct line from that project — now lost to the ages, and manufactured from the scraps of my embarrassments like a loony patchwork quilt — to what I'm doing now, on account of which I once got to act like a doofus in front of Jon Hamm at the Television Critics Association awards!

And so in closing. Out here, we are already waiting for you. We are already anxious for you; Rian Johnson is anxious for you in the middle of the night in between thinking about award-winning directing jobs. Out here, we want to see your stuff. Don't get me wrong — some of us will disappoint, reject, confuse, misunderstand, mislead, or even exploit you. (Not the good ones of us on those last couple. But some.) But we want to see your stuff. Keep going.