Accessibility links
Q&A: Director Henry Jaglom, Author Of 'My Lunches With Orson' Director Henry Jaglom was a close friend of Orson Welles — and with Welles' permission, he recorded several years' worth of their lunchtime conversations. Nearly 30 years after Welles' death, those transcripts are being released as a candid, blunt and personal book. 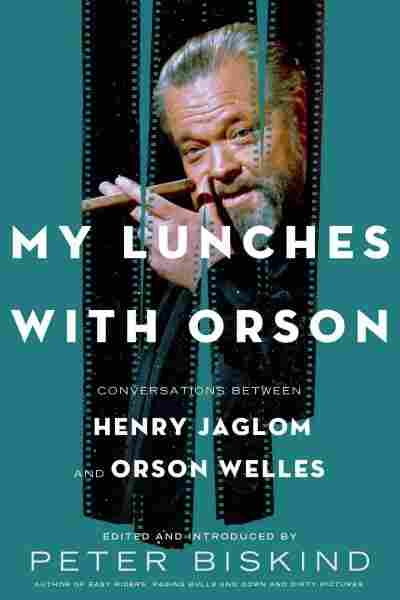 My Lunches With Orson

In the final years of his life, Orson Welles regularly met his friend and business partner Henry Jaglom for lunch in L.A. to discuss future projects, old anecdotes, and Hollywood gossip. Jaglom, a filmmaker in his own right (his work includes A Safe Place, Someone to Love, and Festival in Cannes), kept a tape recorder running in his bag — which Welles requested, according to Jaglom, to accumulate material for an autobiography. Now, in a book transcribed and edited by Easy Riders, Raging Bulls author Peter Biskind, these long-rumored conversations will finally see the light of day.

My Lunches with Orson captures Welles from 1981 to just days before his death in 1985, when he was in the paradoxical position of being the most acclaimed director in the world, but unable to get a new movie financed. The book has a narrative arc, of sorts, as Welles' hopes for financing are raised, then dashed by his self-destructive reputation, or unwillingness to compromise. But compared to, say, Peter Bogdanovich's more scholarly collection of Welles conversations, This is Orson Welles (1992), much of the appeal of My Lunches with Orson comes from hearing Welles cheerfully badmouth so many colleagues and contemporaries, including Bogdanovich, John Houseman, Charlie Chaplin, Charlton Heston, and Woody Allen ("I hate Woody Allen physically. I dislike that kind of man").

As we spoke by phone from his home in Los Angeles, Henry Jaglom was filled with praise for Biskind's work, saying, "The tapes reveal for the first time to the world what Orson was really like."

I had an odd reaction to the book: I devoured it, and it also made me uncomfortable, because I felt like I was genuinely eavesdropping on him. Is that a reasonable reaction?

Yeah, absolutely. He was not a person who would have acted any differently if you had been there. Yes, you were eavesdropping on him, and that's, for me, part of the success of the book, because it captures the way Orson really felt when he wasn't doing his dancing-bear act, when he was really being himself. Whether it was putting somebody down, or being prejudiced in some way, or being excited and happy about something — I think what you said is exactly right. The book does capture him completely, and it's not a 100% wonderful picture — though it is for me, because I loved the man. I found all of his put-downs just so, 'Oh god, Orson,' and I say it from time to time, 'Stop it Orson, that's ridiculous' — y'know, when he talks about Woody Allen or whoever.

The book is quite heartbreaking in how it shows Welles being constantly disappointed. Did you observe a change in his spirit over the 15 years you knew him?

No, that's what was wonderful — he was down, but he never stayed down. He was depressed, and within a half-hour lunch, he was hopeful again. Occasionally he'd say, "I can't write," and I would bully him a little bit and at four in the morning I'd get a phone call saying, "Look, it's terrible, but you keep annoying me, so I'm going to read you three pages." And he'd read me three pages and they'd be absolutely brilliant, and I'd say, "That's great, I want to see more tomorrow." "Oh no, no, I can't do this!" and he'd hang up at me angrily, and then two days later come up with another five pages. Though he lost heart, he recovered very fast, and he was an optimist by nature and never stopped working. 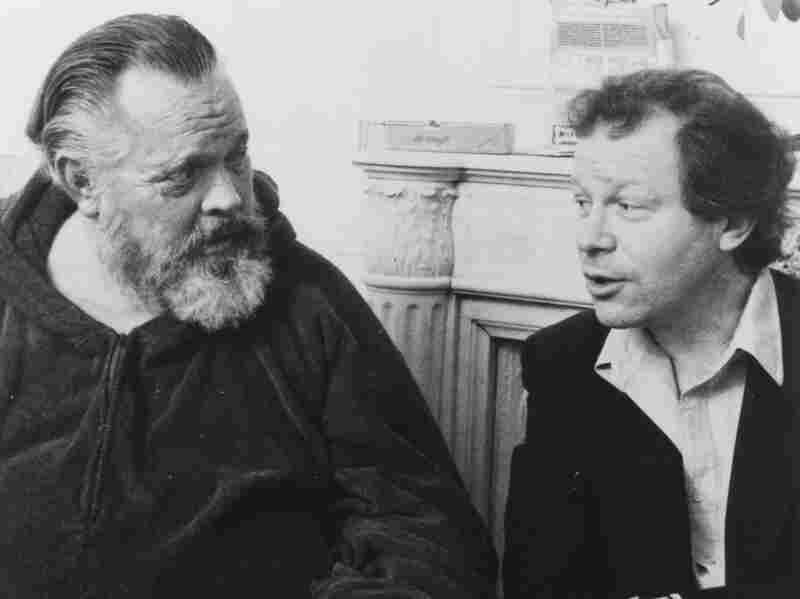 Henry Jaglom was a close friend of Orson Welles, and co-starred in Someone To Love, where Welles made his final film appearance. Courtesy Henry Jaglom hide caption 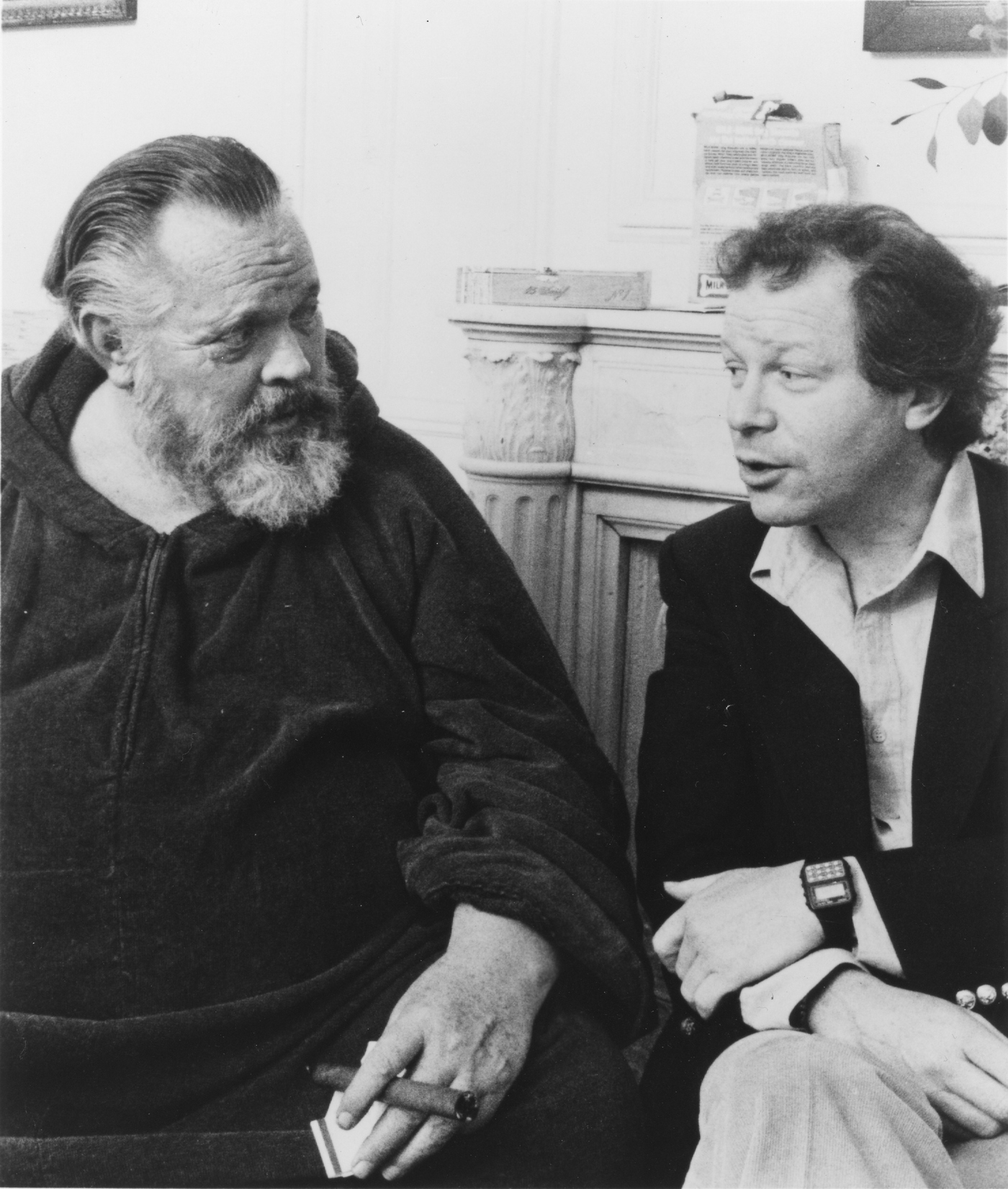 Henry Jaglom was a close friend of Orson Welles, and co-starred in Someone To Love, where Welles made his final film appearance.

Some, like the critic Jonathan Rosenbaum and Welles' cinematographer Gary Graver, have argued for Welles' last years as being a time of independence and artistic freedom.

That's unfortunately not true. It's a very nice story, but the exemplar of that is F for Fake. He thought, 'Okay, I've found a way, without millions of dollars, to make a film, so the film-as-essay will be my new form, everybody will love it, and it will enable me to continue working in a serious way.' And then he couldn't get a distributor in America and it was a bomb everywhere, and that really deflated him. Whatever anybody writes, the truth is in Orson's words — you can see the decline in hopefulness towards the end, and occasionally I was able to pick him up and give him hope.

Speaking of Graver, he has some harsh words for you in his book (Making Movies with Orson Welles, 2008), saying you recorded the conversations without Welles' knowledge.

I never knew Gary Graver, so I have no idea why he decided to say whatever he said. All I knew is that he suddenly was trying to sell Orson's Oscar that, according to Orson, he had stolen. According to Gary Graver, Orson gave it to him. So I don't think of him as a very reliable source, and in terms of my arrangements with Orson, I told exactly what the truth is. He was afraid he was not going to have time to write his autobiography, and he thought, Well, his mind would start mussing things up, time would go, he was still trying to make films, so he wanted to have a lot of stuff recorded that he would use some time in the future. I said to him, "When?" He said, "When I can't make movies anymore." I said, "Okay," and I left the tape recorder on.

I have nothing to defend about that, it's something that he wanted to do, and I haven't made a penny on it. I just wanted to public to know who Orson was, and I think Orson wanted the public to know who he was. I think that was behind his saying to me, "Record everything, and just don't let me see it" — I think he knew, in some way, if he didn't use it in some future biography, it would show up.

A lot of the prerelease publicity for the book has emphasized its gossipy elements. As his friend, are you comfortable with this?

That's inevitable, I'm afraid. They like to find the things that people say that are scandalous about other people, or put other people down. Scandalous sells, I guess, but he offered it. It's not as if he didn't contribute to that. And don't think it's any different from what anybody else says — everybody has opinions, they're just not usually recorded.

In the book, he talks with you about poor treatment from some of his biographers. Since his death, do you think there has been any significant change in public perception?

I do think there has been a growth in a very positive way. I think the myth has held that he was somehow self-destructive and stopped himself from being able to make films, which in my opinion is completely untrue. The example in the book where he's trying to sell the HBO executive on an idea, and it's clear that the HBO executive is going to ask him to compromise in the most profound areas, he recognizes that immediately. Even though I got angry at him for how he handled that, it reveals that he knew he couldn't function within the bullshit of the system, and anything he could do would have to be outside of the system. That was a very depressing thing for him.

He said I was lucky because I like to make movies about people who sit around and talk about life, and that doesn't cost a lot of money. He wanted to make movies, as he said, "about Hannibal coming over the Alps with a troop of elephants about to go down to Rome," and you can't do that for the price of a film where people are sitting around in interiors.

Read an excerpt of My Lunches With Orson