Accessibility links
Detroit Businesses See Opportunity In Bankruptcy In Detroit, many business owners hope that filing for bankruptcy will help the city start fresh and ultimately become a thriving urban center mirroring other cities that recovered from near financial ruin. 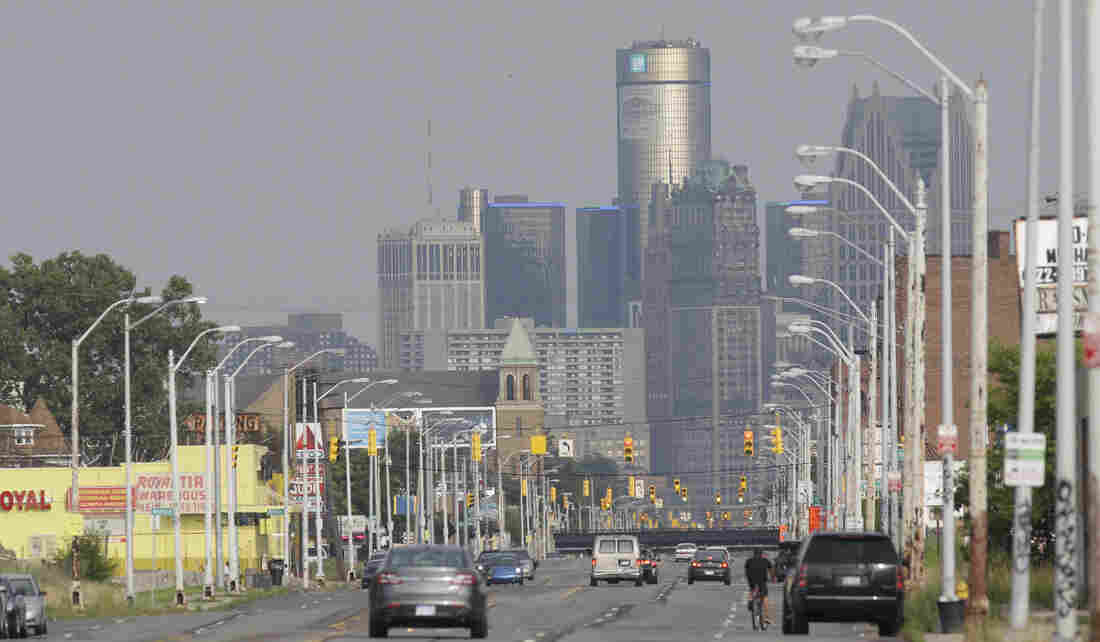 The Detroit skyline gleams from Grand River Ave., a major thoroughfare into some of the city's blighted neighborhoods. Carlos Osorio/AP hide caption 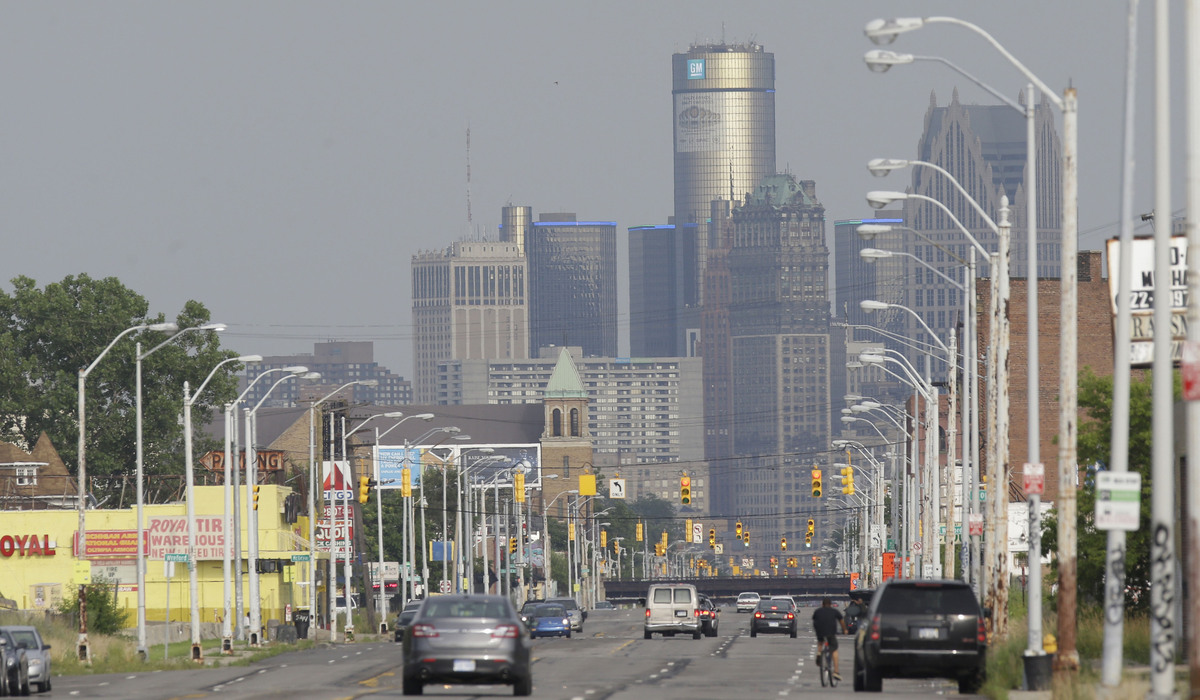 The Detroit skyline gleams from Grand River Ave., a major thoroughfare into some of the city's blighted neighborhoods.

But plenty see it as an opportunity. Many Detroit business owners hope the bankruptcy will mean more stability and certainty, in a city that has had little of either in recent years.

Sandy Baruah, head of the Detroit Regional Chamber, says the bankruptcy filing did not come as a surprise to him, nor should it surprise anybody else.

"Detroit is not unique," Baruah says. "Great American cities like New York, Pittsburgh have all gone through some form of bankruptcy/receivership. And all of those cities look back on the time as kind of the defining point that put their cities on a much more sustainable path. All three of those cities are now vibrant, urban centers."

Part of Baruah's job is to convince investors Detroit is a good bet. But that's been difficult in recent years with City Hall the focus of corruption probes, an auto industry that needed a federal bailout, and the steady erosion of its population and tax base.

"Let's face it, Detroit has not gotten its fair share of outside investment — Shanghai money, London money, Chicago money — frankly because of the concerns about the financial condition in Detroit," he says.

But businesses closer to home have been bullish on Detroit. Several companies, including the online mortgage juggernaut Quicken Loans, have relocated from suburban Detroit to the city center. And the greater downtown area is flourishing, says Brian Holdwick, of the Detroit Economic Growth Corporation (DEGC).

"I've been at DEGC for 20 years, and this is the most activity I've seen in my career over there," Holdwick says.

There's a housing shortage. New boutiques and restaurants are popping up all over the place. And at lunchtime the sidewalks swarm with 20-somethings who work for tech companies.

"Between Quicken Loans and Blue Cross and a few other companies, we've brought down over 12,000 employees over the last few years," Holdwick says. "We have over $10 billion in investment in the last five years."

Still, business leaders also acknowledge that out in the neighborhoods, it's a different story. Detroit is a sprawling 139 square miles. The city can't keep up with the blight. Some 40 percent of the streetlights are broken. Only about one-third of the city's ambulances run.

Bankruptcy itself won't make the streetlights work or put more cops on the street. But city and state officials say bankruptcy will free up cash in the short- and medium-terms. They hope a clean slate will help Detroit focus on those things, instead of chasing money to meet payroll and pay off debts.

Gov. Rick Snyder and Kevyn Orr, Detroit's state-appointed emergency financial manager, were dealt a setback Friday when a county judge ordered the bankruptcy filing be withdrawn, citing state constitutional questions. It's not clear how significant the ruling is. Once a bankruptcy filing is made in federal court, it generally trumps other litigation in state courts.

Snyder says ultimately, what matters is getting city services back on track.