Accessibility links
A Woman Among Men: Female Firefighter Blazed A Trail The Arlington County Fire Department in Virginia was the first in the nation to hire a woman into a full-time position to fight fires. But women in that career remain under-represented, and the county is promoting the fire service to teenage girls, hoping they'll follow in Judy Brewer's footsteps. 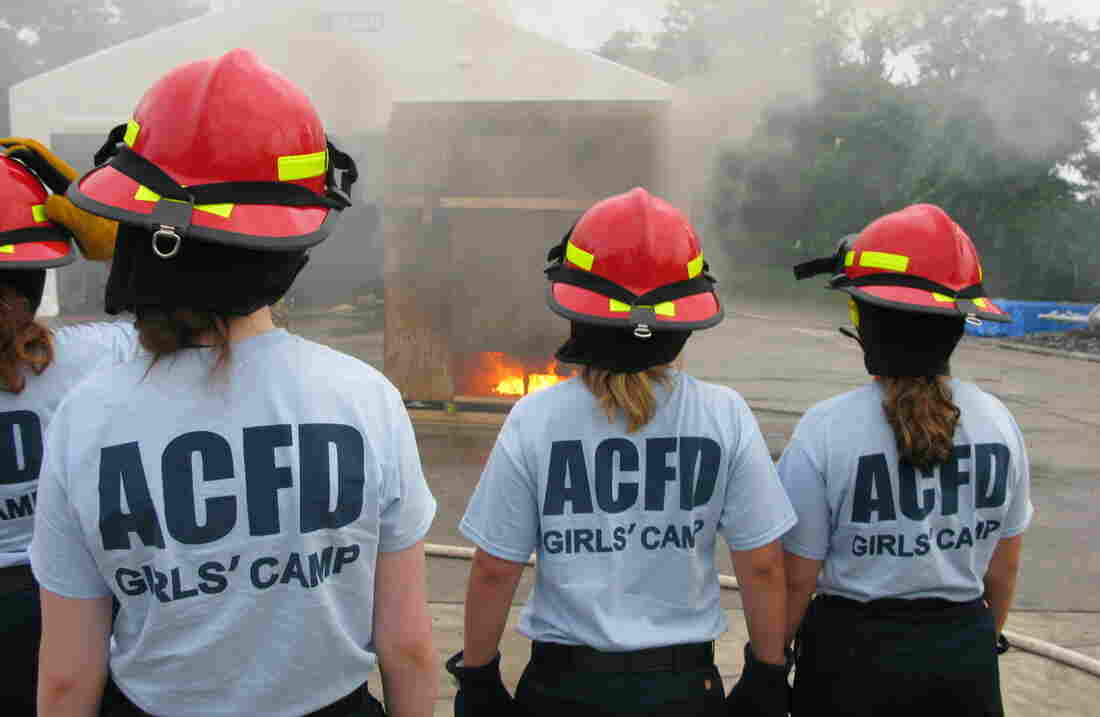 Girls at the Arlington County, Va., fire camp watch a staged fire. Firefighters hope to encourage the teenagers to consider the fire service as a career. Kathryn Thornton/NPR hide caption 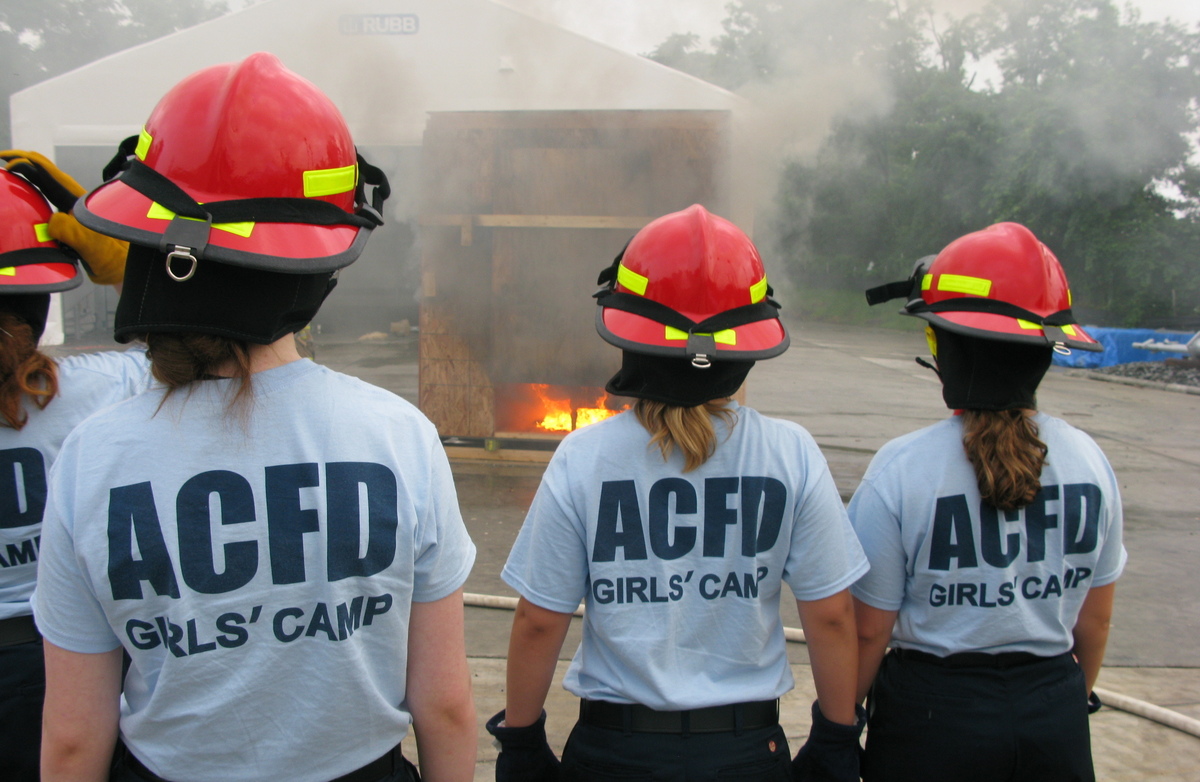 Girls at the Arlington County, Va., fire camp watch a staged fire. Firefighters hope to encourage the teenagers to consider the fire service as a career.

Arlington County, Va., wants more female firefighters. The fire department there has even set up a camp to inspire potential recruits. Donning helmets and matching camp shirts, teenage girls line up to watch a demonstration: A model room with furniture is ablaze.

Camper Tara Crosey says she came to camp in part because she "wanted to show that girls are as strong as boys and girls can do what boys can do." 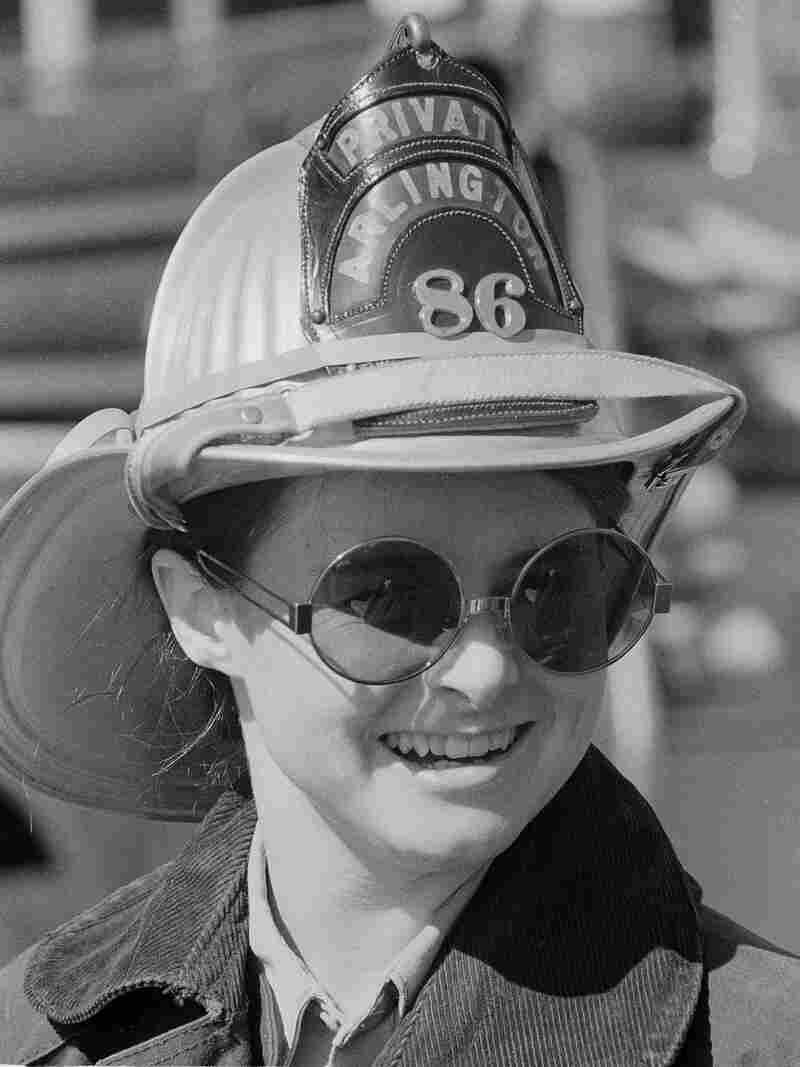 The glass ceiling in this department was broken by Judy Brewer in 1974, when she became the nation's first female career firefighter. She paved the way, but the road to a career as a firefighter is still obscured for many women.

That's what Arlington County firefighter Clare Burley is hoping to change with this camp, which started last year. She and her colleagues wanted to give girls an introduction to this potential career path.

"Little boys always hear about it — they get little fire trucks as toys — and girls never really get that kind of introduction," she tells Rachel Martin, host of Weekend Edition Sunday. "So we wanted to get them thinking about it, come play with us, you know, see what we do, see how many female firefighters are here."

When Judy Brewer decided to become a firefighter in the '70s, there weren't other women to look to. But she was helping her then-husband study for his fire science degree, and one particular federal report pushed her toward the job. (Warning: Images in the publication may be disturbing for some viewers.)

"I had read a publication called America Burning, and was really struck by the pictures of the absence of children, say, in a crib," she tells Weekend Edition. "They would also have pictures of children that were hiding in a closet or under a bed or next to a bureau because they didn't know what to do and they couldn't get out."

So she thought, "I'd really like to be able to do something to at least save somebody."

Support for Brewer's decision came from her family, particularly her four sisters. But not everyone was in favor of the career move. 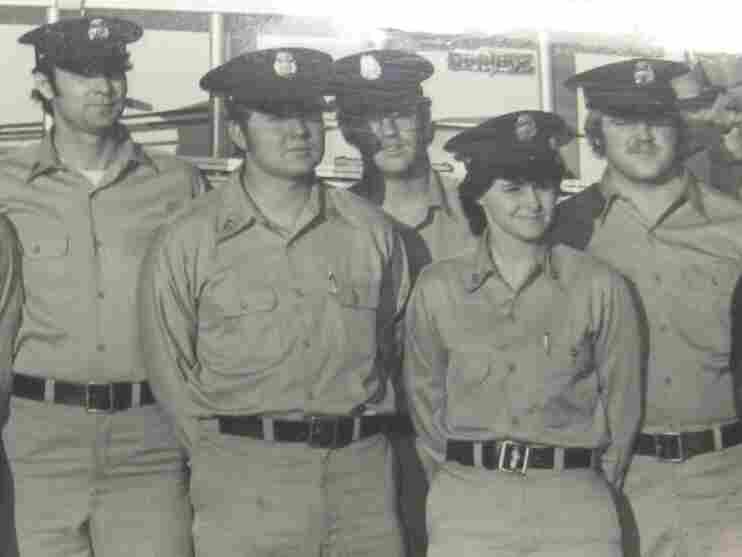 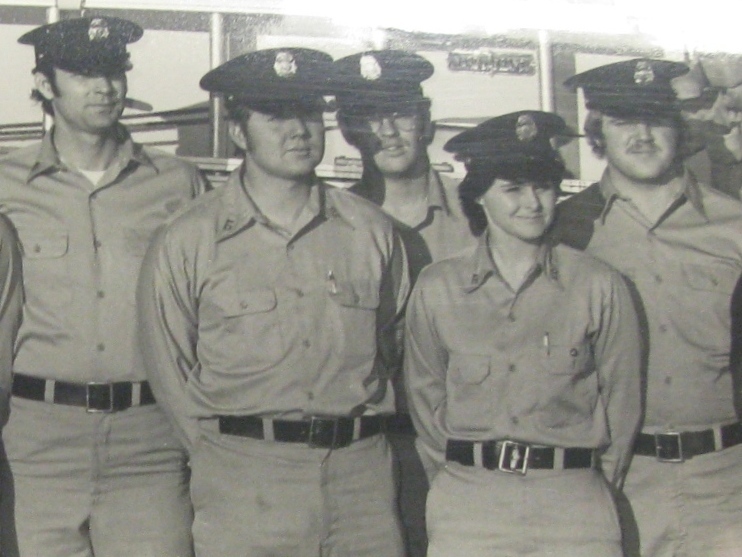 "When I applied at my local fire station to volunteer in Fairfax County, I was told essentially to go back to my kitchen, it was no place for a woman," she says.

Fellow churchgoers asked how she could "lower" herself to do that kind of job. Brewer's fellow firefighters weren't accepting, either.

"When I first was hired, people were worried about different things," she says. "The one that they used as a reason was that they were afraid that I would compromise them in a fire by not being able to help them if they got into trouble."

She had no doubts about her own abilities, though, and just maintained her physical shape — and stood her ground — until they decided to let it go. Brewer says it took nearly two years for her to feel accepted as part of the team.

Over the years, Brewer did save "many, many, many people." But, she says, "The ones that stick with me are the ones that I couldn't save."

There weren't always support services for firefighters, and some incidents affected her more than she realized at the time. Ultimately, however, she says she had to put the losses behind her.

Brewer served the Arlington County Fire Department from 1974 to 1999. When she retired, she was the first female battalion chief in the country. 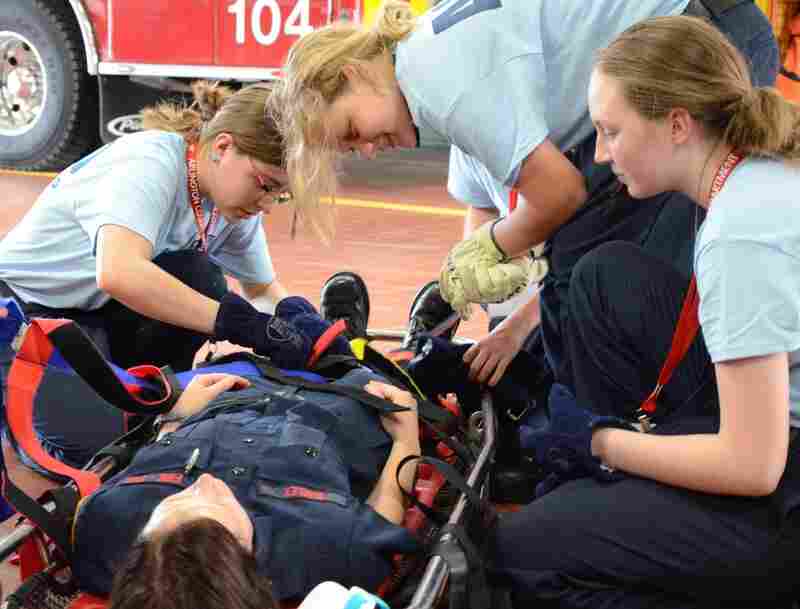 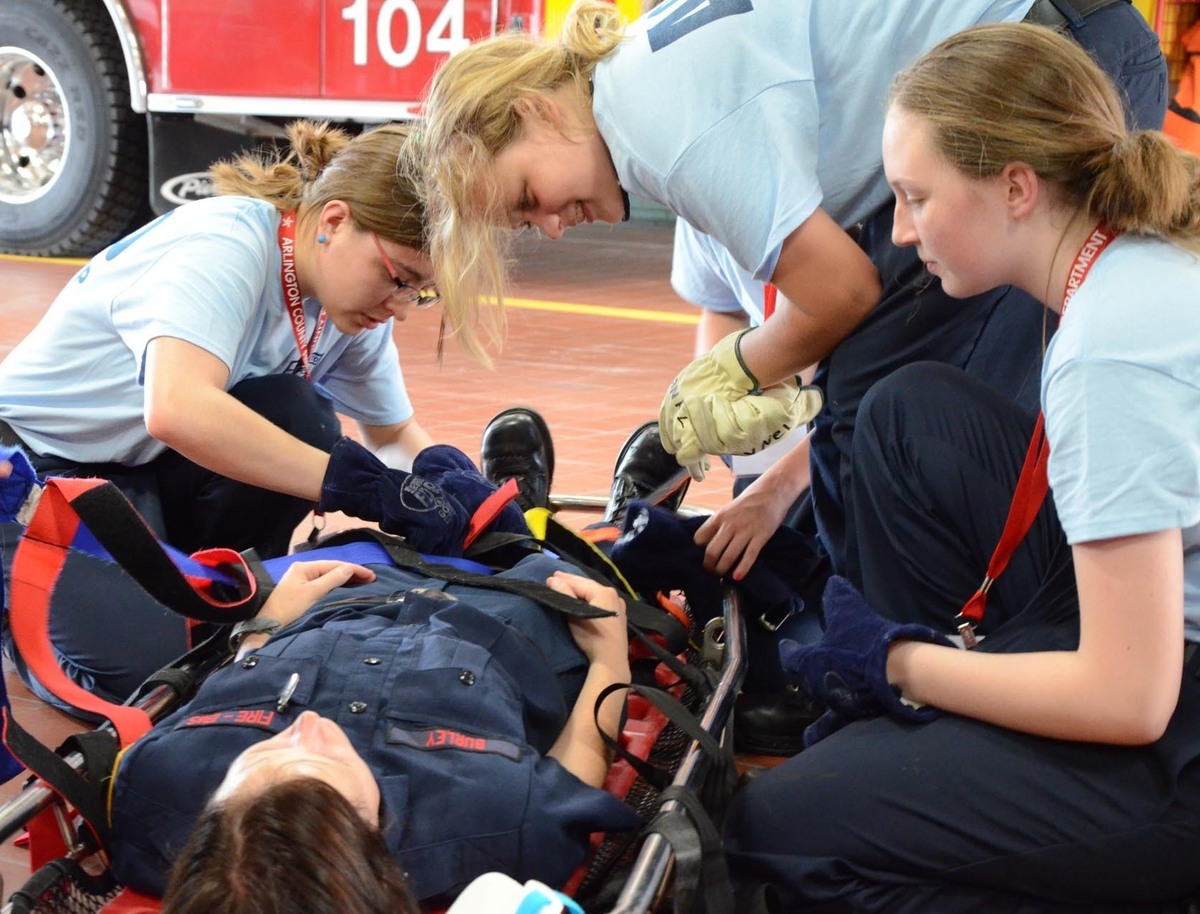 Fast-forward to the current team of Arlington County firefighters, and you'll find not one but 22 women. That's out of more than 300 firefighters.

Firefighter Burley says that's pretty good, compared to the rest of the country. The Bureau of Labor Statistics reports that in 2012, women made up 3.4 percent of the nation's firefighters.

"But it's still a pretty small proportion. And it seems like the newest recruit classes are actually getting fewer women, not more," she says. "So we feel like we need to do something more, get out in the community, and talk to girls a little bit more about choosing the fire service as a career."