Accessibility links
Military Sexual Assault Bill Would Reassign Authority New York Sen. Kirsten Gillibrand wants to give independent military prosecutors, rather than commanders, the power to decide which cases should be tried in military court. 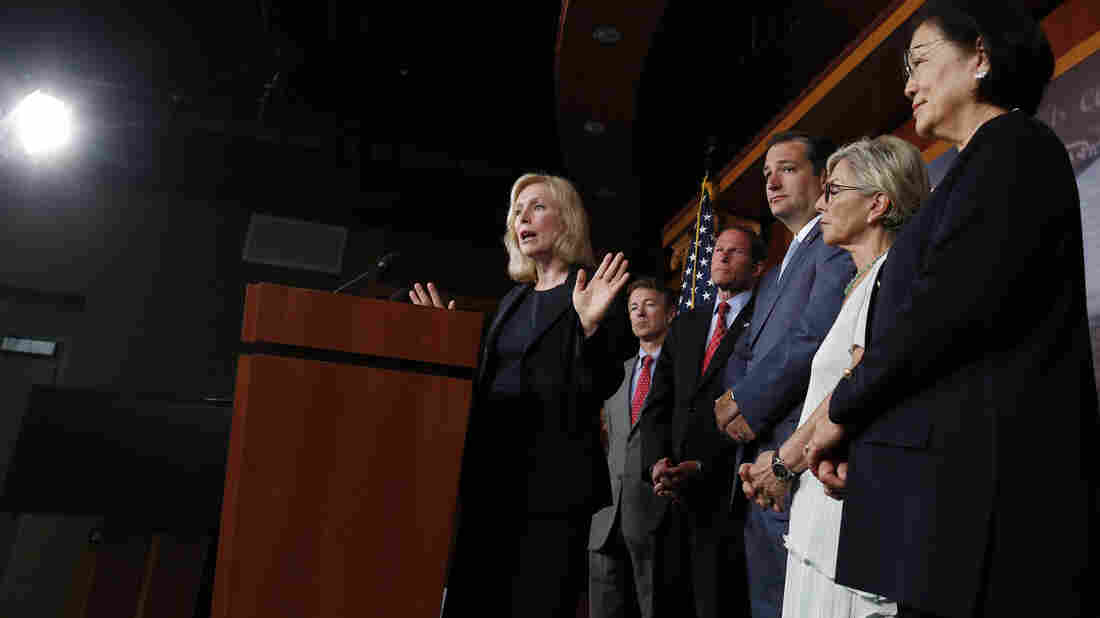 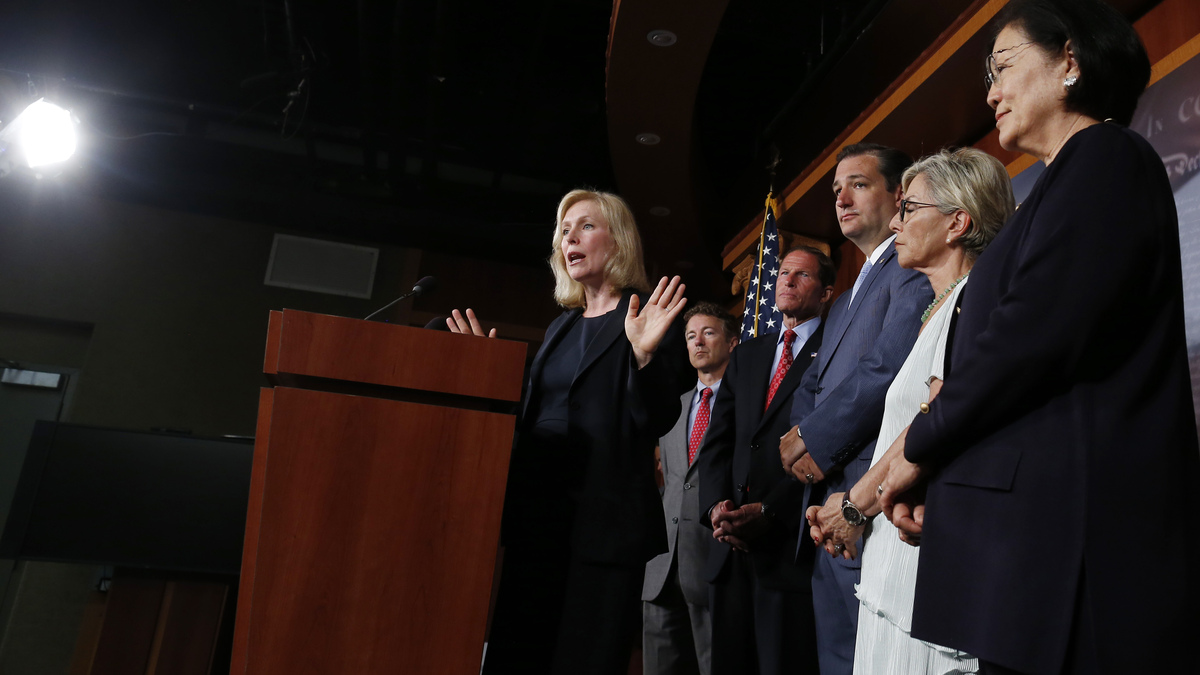 Sen. Kirsten Gillibrand, D-N.Y., is fighting for her bill to curb sexual assaults in the military. Her measure would give independent military prosecutors, rather than commanders, the power to decide which cases should be tried in military court.

Military leaders fiercely oppose moving that authority outside the chain of command, arguing that commanders are responsible for the health and welfare of their soldiers. Removing their authority would undermine their ability to lead, they say.

Gillibrand says commanders are not experts on serious assaults and are unable to prevent retaliation against victims who report crimes.

"Frankly, they've failed up until now to keep the command climate free of assault, rape and retaliation," she says.

Gillibrand's bill, which includes murder along with rape and sexual assault, was rejected by the Senate Armed Services Committee, but has gained bipartisan backing from senators outside the committee, including Republicans Rand Paul of Kentucky and Ted Cruz of Texas. She intends to bring the bill to the Senate floor, where members outside the committee have fewer ties to military.

"We created this framework because, frankly, that's what our allies have done in the past," Gillibrand told weekends on All Things Considered host Jacki Lyden.

"The UK, Israel, Australia, Canada, Germany, all have removed serious crimes outside of the chain of command to create an objective military justice system that doesn't have command influence affecting the outcome."

"Only the commanders are responsible for ensuring good order and discipline and they have to set a command climate where, first of all, these rapes and assaults aren't taking place. But if they do take place, [commanders can make sure] that there is room for reporting, that people feel comfortable, that justice can be done and to assure that there is no retaliation.

"What we are finding, though, is that commanders in charge today are not assuring that for victims. Sixty-two percent of victims who have reported their crimes report that they were retaliated against for reporting."

How to define assault

"For the most part, these are violent crimes. There's no confusion. Of the 3,300 cases that were actually reported, 70 percent were violent assaults and violent rapes, criminal conduct that is based on power and domination. These are not dates that have gone badly, these are not questions of whether she said yes, then no, then yes, then no. This is not an issue of hormones, as some of my colleagues have mentioned. These are violent crimes perpetrated by, often, predators who are recidivists, and these are crimes of domination and violence."

What's at stake in this uphill battle?

"At the end of the day, commanders aren't objective. Commanders may have different training, different perspectives. They may or may not want women in the armed forces. They may not understand what sexual assault is, or what constitutes rape. They may not agree, what is a rape or not a rape. But that shouldn't be their judgment. It should be an objective, trained prosecutor who makes the decision about whether or not there is evidence to prosecute these crimes. That hopefully will instill more confidence in the system, that justice can be possible."