Accessibility links
Morsi's Ouster In Egypt: A 'Bookend' For The Arab Spring As the Cairo bureau chief for The New York Times, David Kirkpatrick has covered events in the region since January 2011. He says that the toppling of the democratically elected Egyptian President Mohammed Morsi throws the changes of the Arab Spring into question. 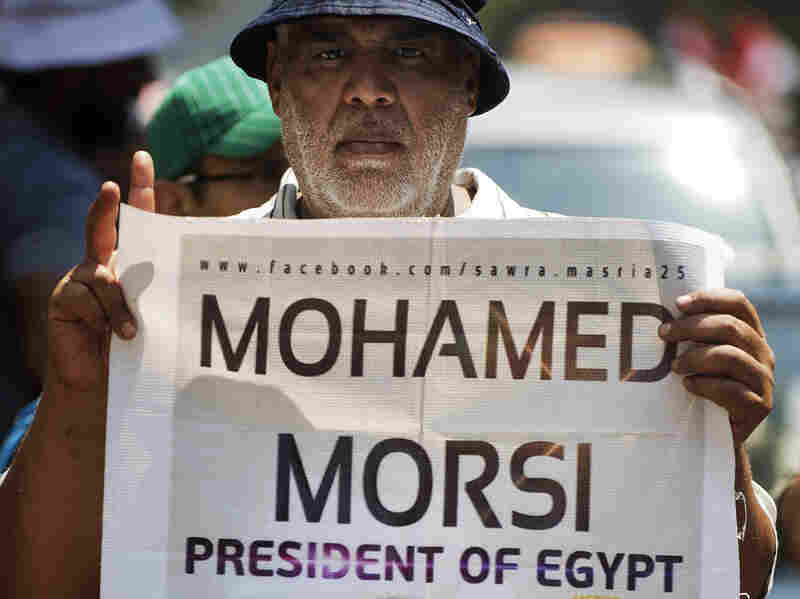 In Cairo on July 17, supporters of the ousted president demonstrate for his reinstatement. Gianluigi Guercia/AFP/Getty Images hide caption 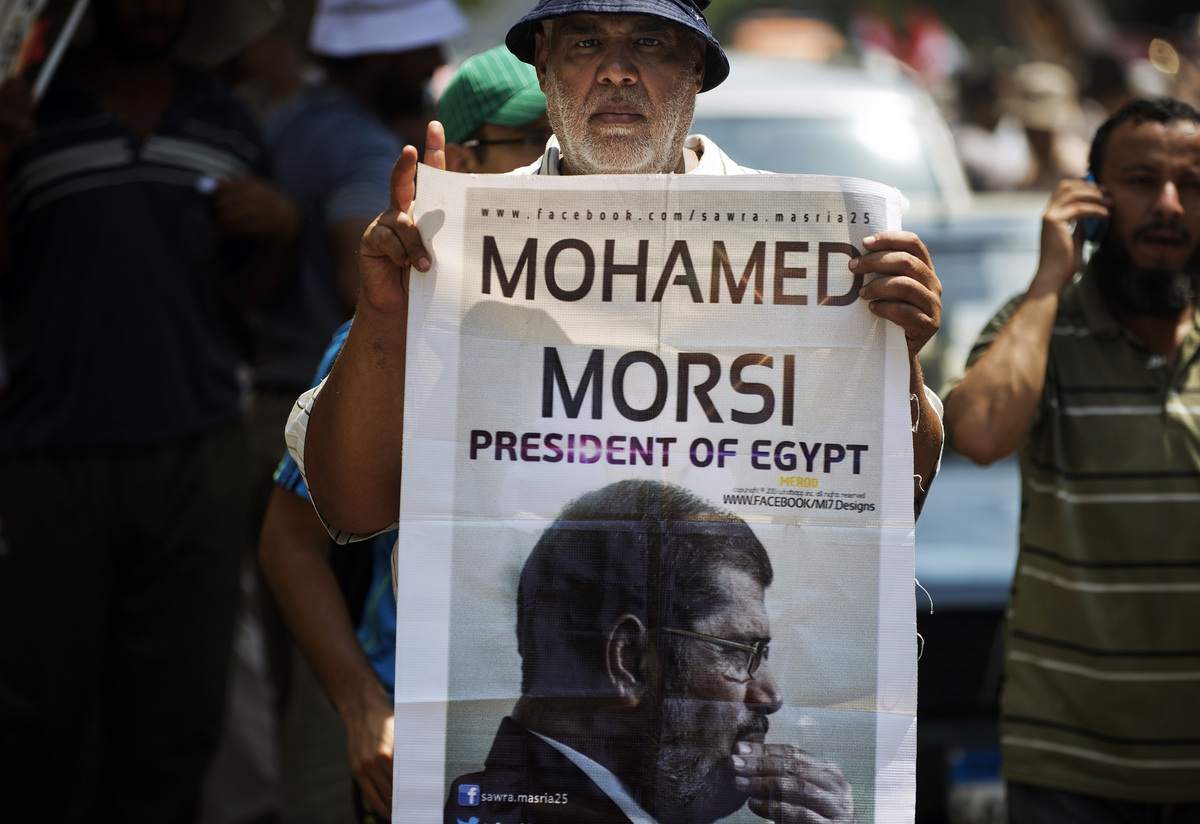 In Cairo on July 17, supporters of the ousted president demonstrate for his reinstatement.

After covering the Egyptian revolution that overthrew President Hosni Mubarak in 2011, David Kirkpatrick has now been reporting on the military's ouster of Egypt's first democratically elected president, Mohammed Morsi of the Muslim Brotherhood.

Kirkpatrick, The New York Times' Cairo bureau chief, arrived in Egypt in January 2011, and days later flew to Tunisia to cover the revolution that launched the Arab Spring.

The recent toppling of Morsi, he says, feels like a bookend moment in the region to that period that began 2 1/2 years ago. Remembering back to the Arab Spring, he says that he "really felt like my life was changed forever when I was standing in the square outside the Interior Ministry in Tunisia."

"You could feel just ripples of confidence and freedom, for lack of a better word, moving through the crowd, and then those ripples moved onto Cairo, and to Tripoli and around the region," Kirkpatrick tells Fresh Air's Terry Gross.

He believed then that everything had changed. "Now suddenly it's all changing back," he says. "Or is it?"

The debate over whether Morsi's ouster was a military coup, a popular revolution, or both, is a heated one. Across the political spectrum, however, Kirkpatrick says that Morsi's ouster has unleashed a hyper-nationalist euphoria that has swept up even liberals and leftists who spent years struggling against the country's previous military-backed governments, and that that fervor can be alarming.

"I'll put it bluntly," says Kirkpatrick. "It's how I imagine Europe in the first part of the 20th century might have felt during the rise of fascism. ... It may not last. It may be just a momentary national hysteria, but at the moment there is a surreal-seeming enthusiasm for the military ... even by people who just a few months ago were calling for the end of military rule." 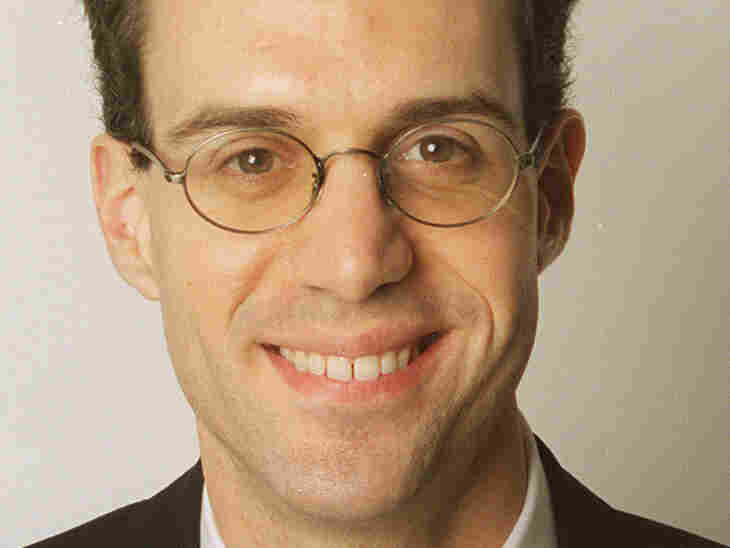 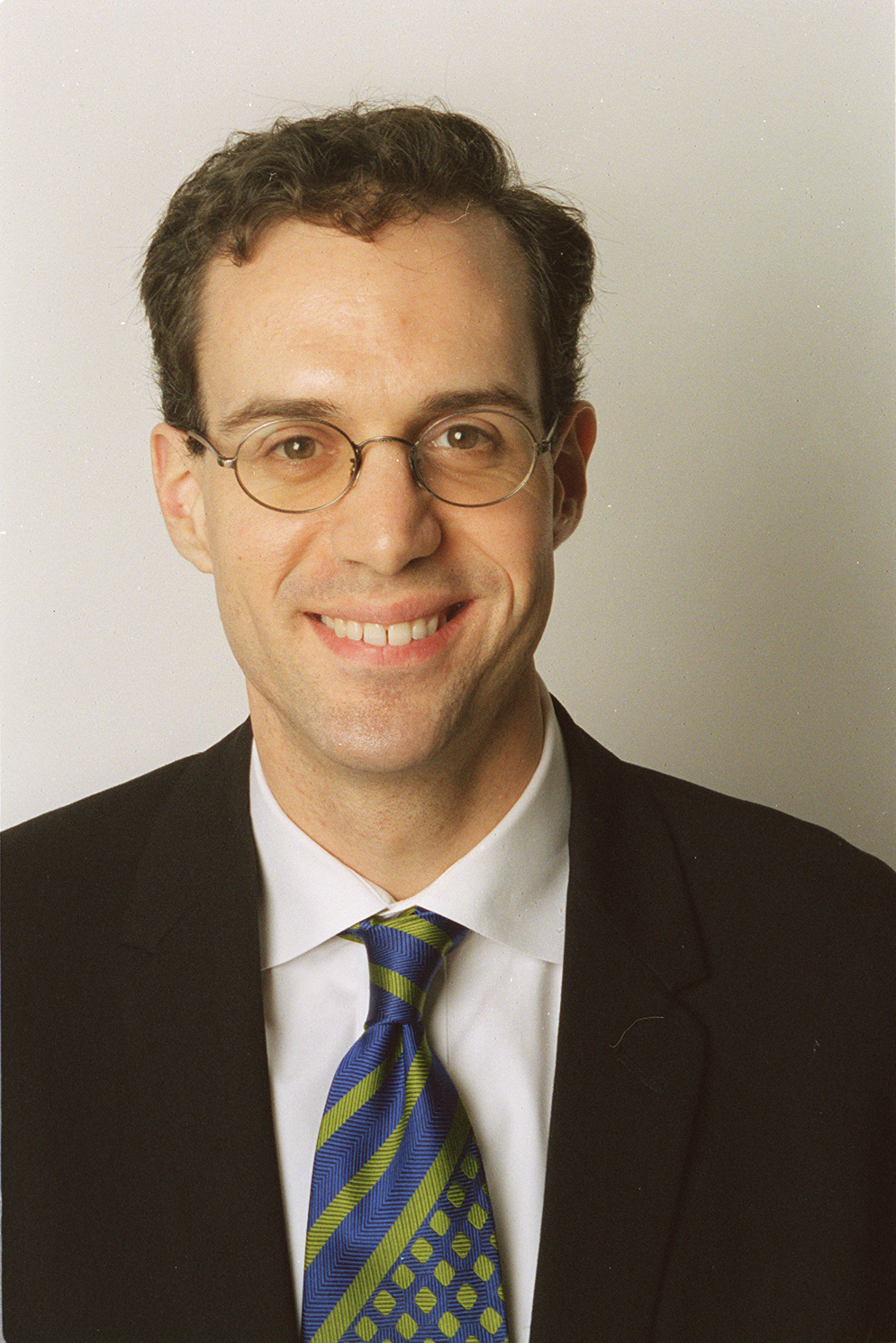 David Kirkpatrick is the Cairo bureau chief for The New York Times.

Al-Jazeera Under Fire For Its Coverage Of Egypt

What Should The U.S. Be Doing In Egypt?

"[For example], the gas lines, they were enormous in the weeks before the revolt. They were epic. People were waiting out all night to try to fill up a tank of gas. The electricity was going out every day in my neighborhood. I was preparing to shell out ... $10,000 to buy a new generator for my family. All of that [inefficiency] is gone. Was it deliberate conspiracy? I have no idea, but it doesn't really require a deliberate conspiracy. All it requires is a little bit of foot dragging, of willful inefficiency."

On Morsi's competence as president

"What is the Morsi government? There's Morsi and a small group of people around him, and for sure, they were not terrific. They made a lot of mistakes. They weren't particularly well-qualified. ... The Muslim Brotherhood — the movement that he came from — was sort of surprised to get power all of a sudden and sort of cobbled together a team as best they could. So those people, I'm not saying they were terrific — I'm not even saying they were competent — but they also weren't in control.

"You know, a lot of the people who were making decisions on a day-to-day basis below him throughout the bureaucracy hated him, and I think they sort of passively or actively resisted him throughout, and so, you know, after a year perched uneasily ... on top of this government it basically swallowed him up."

On what forces might have been behind Morsi's ouster

"When the generals stepped in to remove President Mubarak at the end of those 18 days of protest in Tahrir Square, they did it with a relatively anonymous communiqué from the Supreme Council of the Armed Forces. This time was different. This time it was a televised press conference. It was Gen. [Abdel Fattah al-]Sisi standing alone looking rakish almost in a short-sleeved shirt and a black beret, surrounded by civilian leaders seated behind him. ...

"So right there it changed him, and it changed the perception of the event, and it thrust him into the public spotlight. And he's followed that up with a number of carefully choreographed public speeches and presentations — you know, footage on private and state-run television of the military intervening to protect the people, set against kind of heroic, operatic scores. So I don't know. It may be that in addition to everything we might say about what the military's interests were and what their role was in the Egyptian state, it may be that Gen. Sisi sees an opportunity here for himself."

"One of the most fascinating things we saw over these two years since the Arab Spring broke out — as the Islamic movement around the region stepped closer to power, found themselves actually for the first time winning elections and making decisions — a new debate broke out within the Islamic political movement about what did it really want? What would an Islamic democracy look like? How could it make peace with pluralism?

"And you saw the movement itself changing. You saw people who had shunned the ballot box, embracing the ballot box because they saw new opportunities there. ... You saw new debates within the Muslim Brotherhood about whether their movement ought to go back to its roots and just do preaching and social work, and separate out the politics. In another direction, you know, what should be the role of Christians in an Islamic-dominated democracy, and what does that mean? ... This notion that any one person could speak for Islam in politics was crumbling. You know, that debate itself was ending that idea which to my mind is itself an opening for democracy. This event closes that down. That debate inside Egypt is over for the moment."

On the U.S. position with the new Egyptian government, since U.S. law bars financial support to a government that came about through a military coup

"The U.S. diplomatic presence is sort of hovering over this whole affair. There's been quite a bit of kibitzing by American diplomats behind the scenes in the drama leading up to the turnover, and since then. And, of course, many in Egypt are very cognizant of the debate in the U.S. and the similar debate in Egypt over whether or not it's a coup or a revolution.

"I think right now ... the semantics are up in the air. All indications are that the American funding for Egypt is not up in the air. In many ways, the U.S. government has sent a very clear signal that it is inclined to keep funding the Egyptian military to the tune of $1.3 billion a year if it's at all possible. It looks like they will contort themselves however they need to contort themselves linguistically in order to keep that relationship going."