Accessibility links
A Reclusive Novelist Reckons With His Legacy '& Sons' In a new novel, David Gilbert tells the story of a famous, aging writer whose children do not feel as warmly toward him as his readers do. Gilbert wrote the book as his own father was getting older and his son was approaching his teen years. 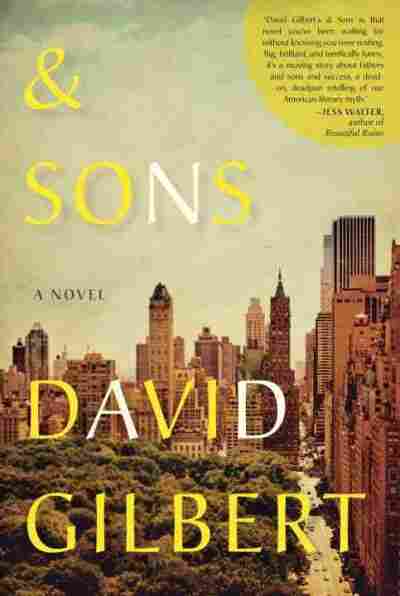 At the center of David Gilbert's new novel & Sons is a famous and famously reclusive writer in the J.D. Salinger model. It's a book about the writer as author of books, and as the father of sons — sons who don't feel nearly as warmly toward him as readers do. When & Sons begins, the writer, Andrew Newbold Dyer — or A.N. Dyer as he's known to his readers — is nearing 80.

Gilbert says that as he was writing the book, his own father was growing elderly and more vulnerable at the same time Gilbert's son was entering his teen years. The dynamic of fathers and sons was one that he was in the midst of and thus wanted to explore, "in all of its myriad details, and ways, and emotions."

Part of that dynamic, says Gilbert, who is also the author of The Normals, is the acceptance that — unlike in writing — one does not have control of who one's child becomes.

"Some writers say that their characters will just do something that will surprise them, or they'll lose control of their characters," he tells Fresh Air's Terry Gross. "I've always felt pretty in control of my characters. I've never had that experience where it's just like, 'Oh my God, my character is now kite-boarding! I didn't expect that!'

"But with children, you're kind of like, 'I'm going to have a kid that loves to go to museums, and is going to be a great reader, and is going to do this and that.' And then suddenly you're presented with this boy or girl who [has] a different agenda."

On why his character fears giving a eulogy

"[A] toast or a graduation speech, any of those things where you're trying to really speak from the heart, and do it in a way that's not sentimental but still sincere, I think those are kind of terrifying moments. ... And also this is from [a character] who hasn't really ... been in public for a long time, so I think it's a mixture of the form, which is [that] he likes to be in total control of his books, where a eulogy is a revelation of who you are and your relationship with other people, and he is someone who has had issues with relationships with other people, so to ... celebrate that relationship is really difficult for him."

"Men of that generation, I think, they keep so much inside and they let their wives do so much of the emotional heavy lifting, which allows them, for good and mostly bad, just to stay within themselves even more. ... I wanted the sense that he [Dyer's best friend Charlie] wants to say things, but he just doesn't have even the ability to do it. It's just not within his ... DNA to be able to express himself that way, yet there's this yearning to really connect with someone. But they're all redacted; they keep so much to themselves." 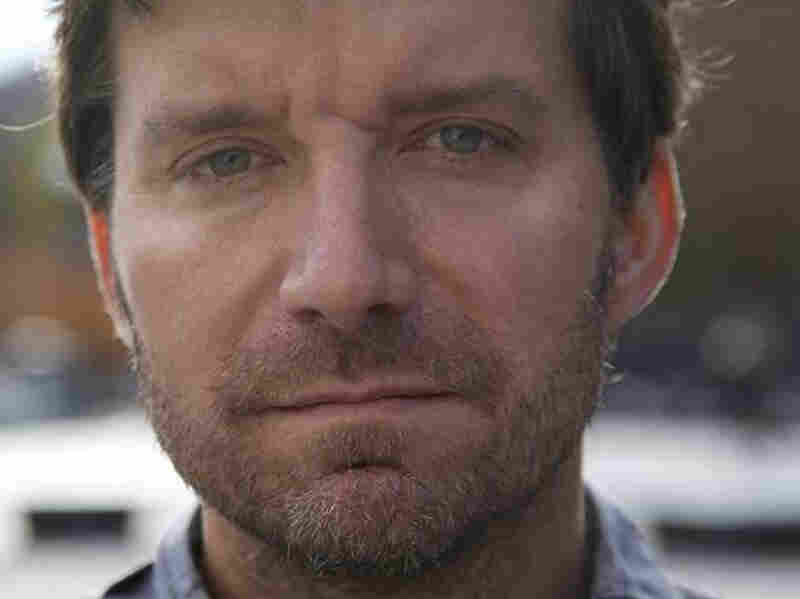 David Gilbert's short stories have appeared in The New Yorker and Harper's. He is the author of the novel The Normals. Susie Gilbert/Random House hide caption 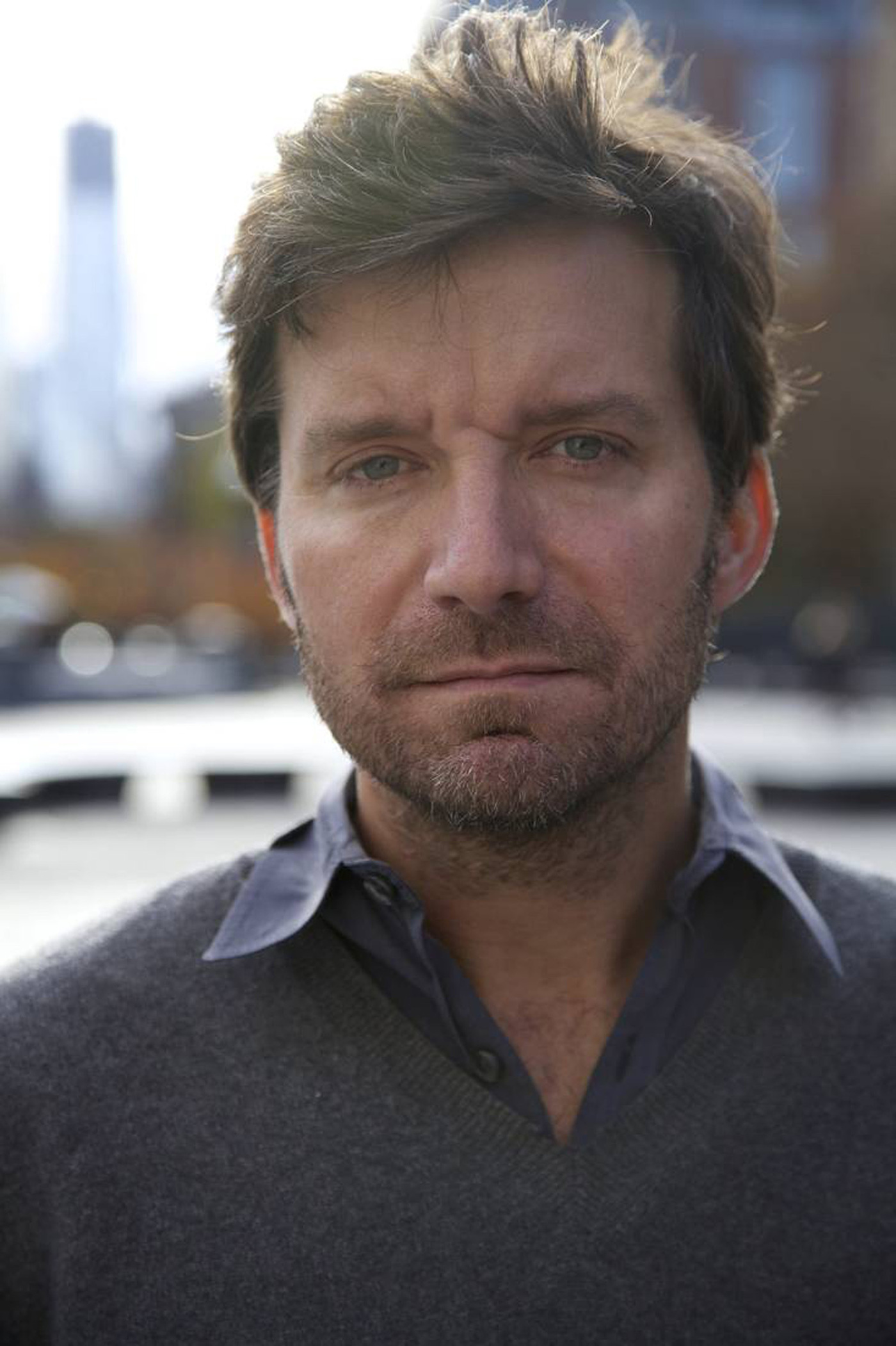 David Gilbert's short stories have appeared in The New Yorker and Harper's. He is the author of the novel The Normals.

On his privilege growing up

"I was always trying to hide it. ... Back then it was privilege with a much smaller 'P.' It wasn't what it is today, there was no status involved with it, people weren't ... status-hunting. [Investment banking] was more like the everyday kind of job. But I always was a little bit — or very — insecure about it. I remember saying, 'I live on the Upper East Side,' and someone would say, 'Oh, where do you live?' and I'd be like, '75th Street.' 'Well, where?' '75th and Park.' You'd have to drag it out of me. I felt like, '75th and Park Avenue, ugh, I don't want to be that guy.' So I always had a pretty difficult relationship with it. Yet also, it was incredibly fortunate as well."

On initially being drawn to stories about down-and-out characters

"The short stories I wrote in college and the early ones in my M.F.A. program were all about ... people who were more on the fringe and kind of living desperate lives. [I] was also a big Raymond Carver fan. Denis Johnson was a huge influence on all of us in M.F.A. programs everywhere in the early '90s. So we're all trying to ... ape that world, and that seemed so much more legitimate than my upbringing. So it took me a while to see that their story is everywhere, no matter ... where you were raised, that we're all basically living ... the same tale, and I just took fathers and sons as that tale."

On whether writing can be "soul crushing"

"On those bad days, for sure. On the bad days where instead of writing you're deleting what you've written for the past two weeks. And then you have those great days, where even if it's just one good turn of phrase, it will get you back at your desk the next morning. ... For me, the irony of it, I always thought of writing as, 'I can write anywhere, it's such a portable job. I could go to the beach, or I could go to Maine, or I could travel through Europe and just write in cafes.' But for me, I can only really write in my small little office, at my desk, on a computer, in a certain kind of setting, so there's no freedom to it. It's basically being chained to a desk 9 to 5. It's not nearly as romantic as I thought going into it."

On his novel, which is 400 pages long, in the digital age

"[Y]ou try to make it ... entertaining and make it so that once you start you want to keep on reading, and I hope that it's a very funny book as well. ... So it's one of those things where, if it works, it can't be too long. ... It was a subject matter that I really wanted to go deep into, and really explore it in all of its facets. So it felt like it had to be a 400-page book. And also, it's about 12 books for the price of one, because you kind of get the whole A.N. Dyer career, so it's really a bargain: You get a whole literary life in one book. So it's probably about 3,000 pages of actual book, if you were to go into that fictional literary universe."

Read an excerpt of & Sons