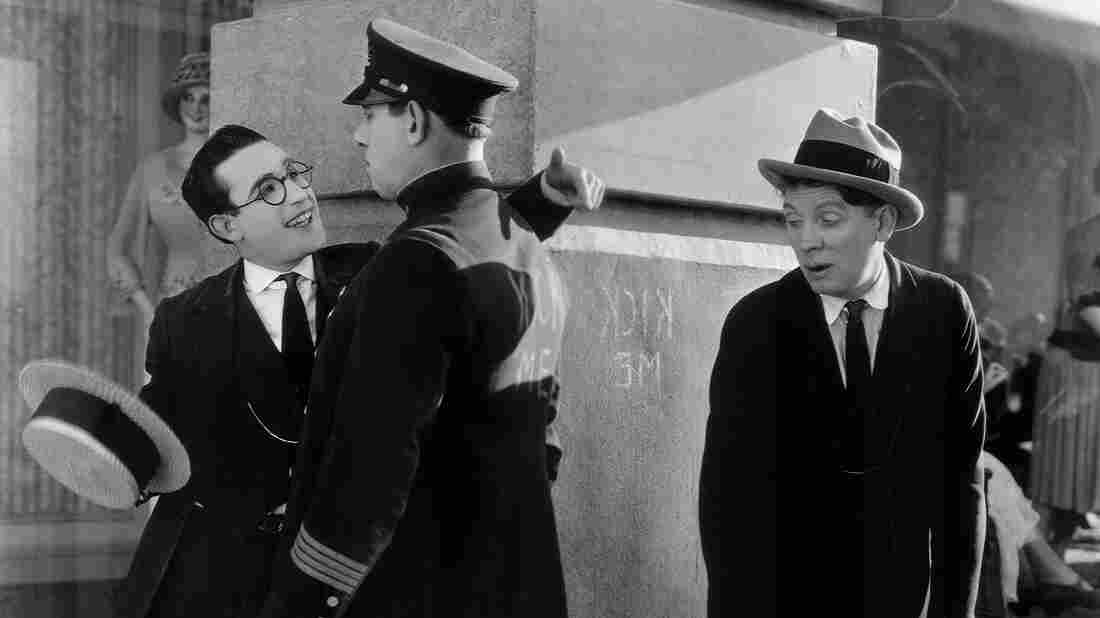 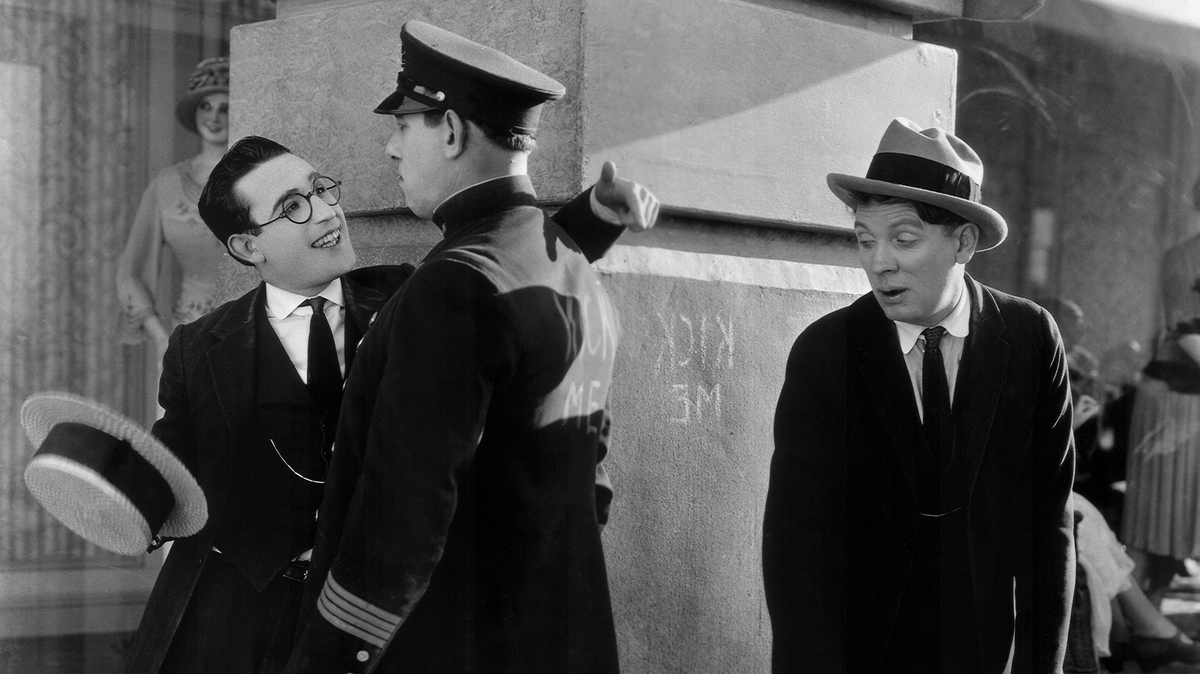 Harold Lloyd (left) is the All-American Boy, a striver who'll brave nearly anything to get to the top and win The Girl. Noah Young is The Law (center) and Bill Strother is The Pal.

There may be no film image more iconic: Harold Lloyd, high above the street, dangling from the minute hand of a giant department-store clock.

The face of the clock swings down; the minute hand bends. It's been 90 years since the silent era's greatest daredevil shot that sequence, and it still has the power to prompt shrieks and laughter.

Lloyd's character was the All-American Boy, innocent in his horn-rimmed glasses, eager to climb the ladder of success — and like many a social striver before him, he was plagued by anxiety that he'd fall before he got to the top.

Safety Last made that metaphor literal: To earn the money to get the girl, he braves harrowing heights, flocks of pigeons, a mouse up his pants leg, and near the top of his climb, a photo-studio explosion a bit like one that had happened to Lloyd in real life four years earlier. For a publicity shot, he'd lit a cigarette from what he thought was a prop bomb in his right hand — only it wasn't a prop, and his hand was badly mangled.

All of Lloyd's greatest thrill comedies were filmed after that accident. Think about that as you're laughing — and as he's dangling from a ledge by one hand, the other obscured by a glove.

The Criterion Collection's Blu-ray edition has been so gorgeously remastered from Lloyd's own print of Safety Last that it might have been shot yesterday; there's not a speck of dust, or a scratch, or a jittery frame.

And it's packaged with nifty extras, including three Lloyd shorts from earlier in his career, several intriguing commentaries on where he fits in the silent-clown pantheon with Chaplin and Keaton, and a fascinating spiel by effects experts on how he made the entirely impressive heights he scaled appear even higher on film.

That was Harold Lloyd — always trying to top himself, and reaching a comedy summit in Safety Last.