Accessibility links
Laws Tightening Abortion Rules Gain Traction In States Texas is one of several states that have passed laws tightening standards for clinics and doctors who provide abortions. Proponents say the laws make the procedure safer. But abortion rights advocates say the tightened requirements are unnecessary and driven by ideology, not safety concerns. 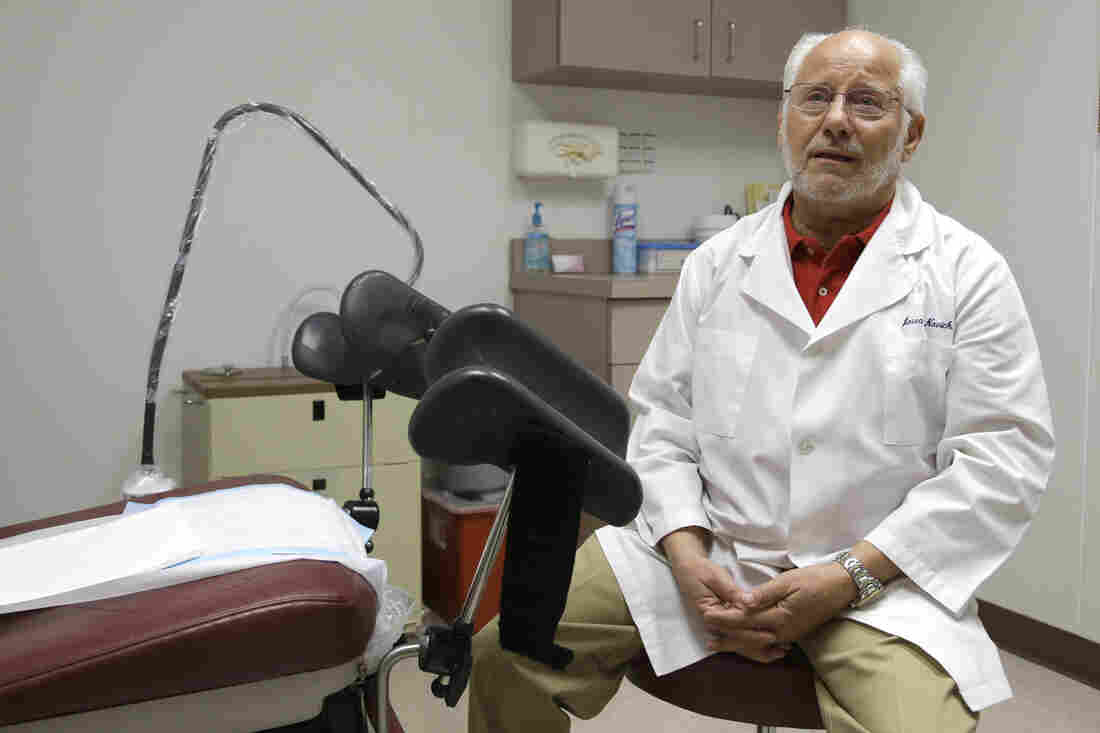 Dr. Howard Novick says new abortion restrictions in Texas could force him to close the Houston clinic he opened in 1980. He says he doesn't have the more than $1 million required to convert his office into a surgical center with wide corridors and sophisticated airflow systems. Pat Sullivan/AP hide caption 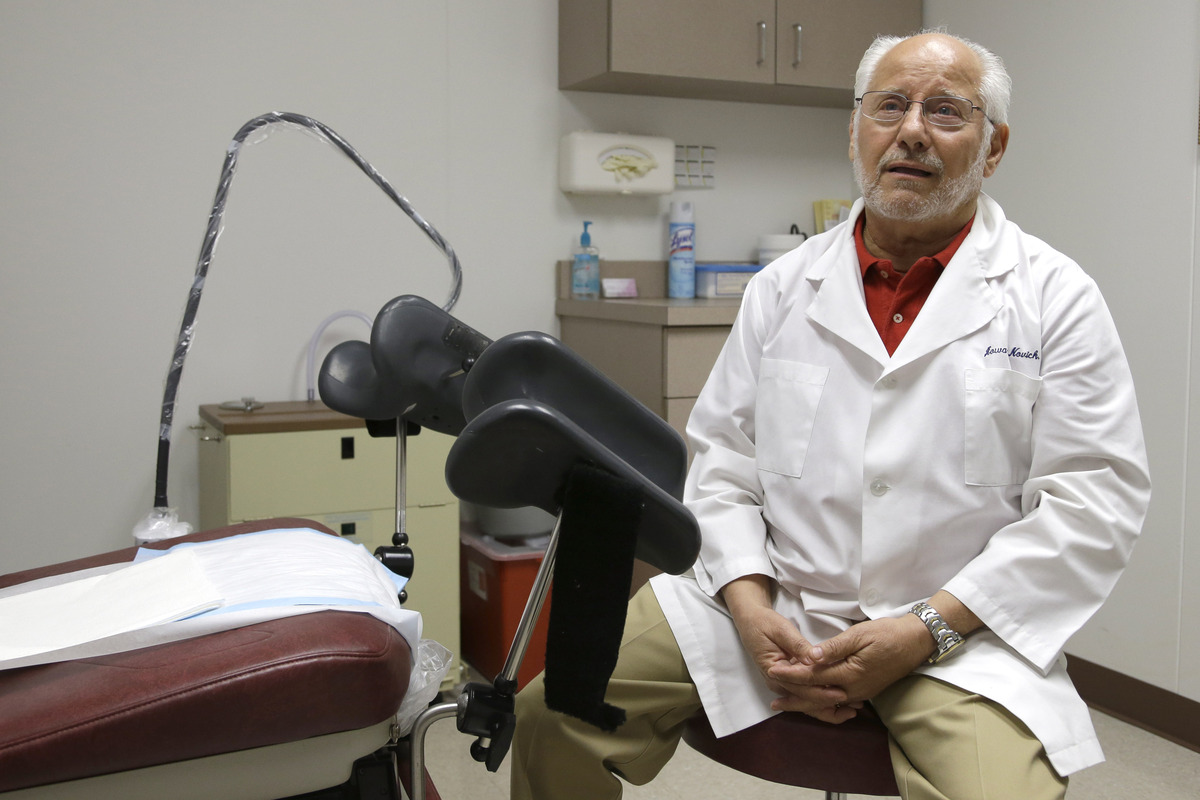 Dr. Howard Novick says new abortion restrictions in Texas could force him to close the Houston clinic he opened in 1980. He says he doesn't have the more than $1 million required to convert his office into a surgical center with wide corridors and sophisticated airflow systems.

A judge has temporarily blocked a North Dakota law that would have banned abortions beginning around six weeks, when a fetal heartbeat is detectable. It's one of several state laws passed this year intended to limit abortion.

Those backing the new rules say they will make abortions safer. But abortion-rights advocates say the laws are about politics, not safety.

In Texas, Gov. Rick Perry signed a bill this month that increases requirements for clinics and doctors who perform abortions in that state. "At the end of the day, House Bill 2 makes sure anyone performing abortions in Texas is doing so in a facility that meets appropriate safety guidelines, and that people there are prepared to handle any emergencies that might occur. That is reasonable," Perry said at the signing ceremony.

The Texas law bans abortions at 20 weeks and requires doctors to have admitting privileges at local hospitals. It also says clinics must meet the same standards as outpatient surgical centers.

Several states have passed similar laws. State efforts to regulate abortion facilities have intensified since the Kermit Gosnell case in Philadelphia came to light. Gosnell was convicted in May in the death of one woman and three infants who had been born alive.

Gosnell ran an illegal practice and adhered to no state regulations — yet the case is a rallying point for many who oppose abortion.

"If Gosnell's clinic had been held accountable to the kinds of laws that regulate medical facilities, that woman might not have died," says Kristi Hamrick, a spokeswoman for Americans United for Life. Dozens of complaints were filed against Gosnell, but state officials didn't follow up on them.

Hamrick says clinics that perform abortions should meet the same standards as outpatient surgical centers. "When we are looking at abortion surgery, we are looking at something that involves medical equipment, anesthesia, something that involves a medical event," she says. "And it should be treated like the medical event the abortion industry claims that it is."

But according to the Guttmacher Institute, which tracks abortion in the U.S., the risk of complications is minimal. Fewer than one-half of 1 percent of patients have a complication that requires hospitalization.

Texas Abortion Fight Is Just One Of Many This Year

Dr. Barbara Levy, vice president for health policy for the American Congress of Obstetricians and Gynecologists, says decisions about care should be based on scientific evidence.

"We're solving a problem that doesn't exist," Levy says. Laws mandating that clinics become surgical centers create a separate standard of care, she argues — one that's higher for abortion than for other common procedures with similar risks.

Missouri, Pennsylvania, Virginia and Texas are the states with the strictest clinic rules. So far, at least three clinics in Pennsylvania and two in Virginia have closed. The specifications for surgical centers include the widths of hallways, the size of janitorial closets, the number of parking spaces and even the installation of hospital-grade ventilation systems.

"We feel that these statewide regulations really were the straw that broke the camel's back," she says. "They were just simply unable to ... relocate themselves into a building that would comply with these regulations."

Another effort gaining momentum is regulating doctors who perform abortions. Some states require clinics to have transfer agreements with hospitals to handle complications, but others are enacting laws that require doctors to have admitting privileges at a nearby hospital.

Emily Horne with Texas Right to Life says doctors should follow their patients in an emergency. "And the idea is that there would be some continuity of care, and the doctor that saw her for her abortion would be able to assist or provide medical expertise and knowledge and background for that woman if there was a complication."

But abortion-rights activists say hospitals already accept emergency patients whether or not a doctor has admitting privileges. And hospitals don't have to grant those privileges. In some states, like Mississippi, they've been unwilling to do so.

Nine states now require providers to have admitting privileges, but several of these laws are being challenged in court. Meanwhile, dozens of clinics in Texas and across the country are figuring out whether they can renovate or relocate — or whether they may have to close.