Accessibility links
Move Over Nursing Homes — There's Something Different One thing most people dread as they age is ending up in a nursing home, where they imagine they'll have to deal with sharing a room, rigid schedules and bad smells. But the Green House Project, an alternative to traditional nursing homes, is trying to change that. Its founder says he wants to "abolish" the old, often lonely model. 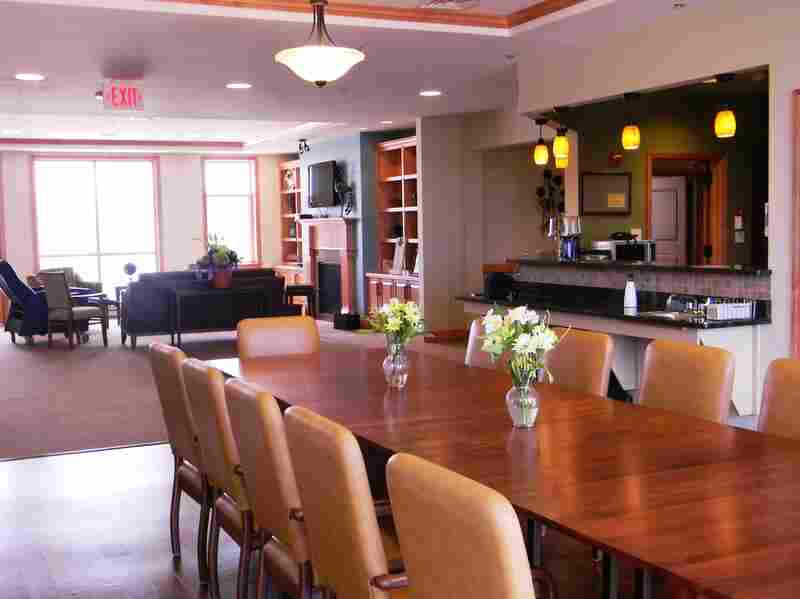 At the Baltimore Green House, every resident has a private room that's close to the common areas, shown here. Courtesy of Catholic Charities hide caption 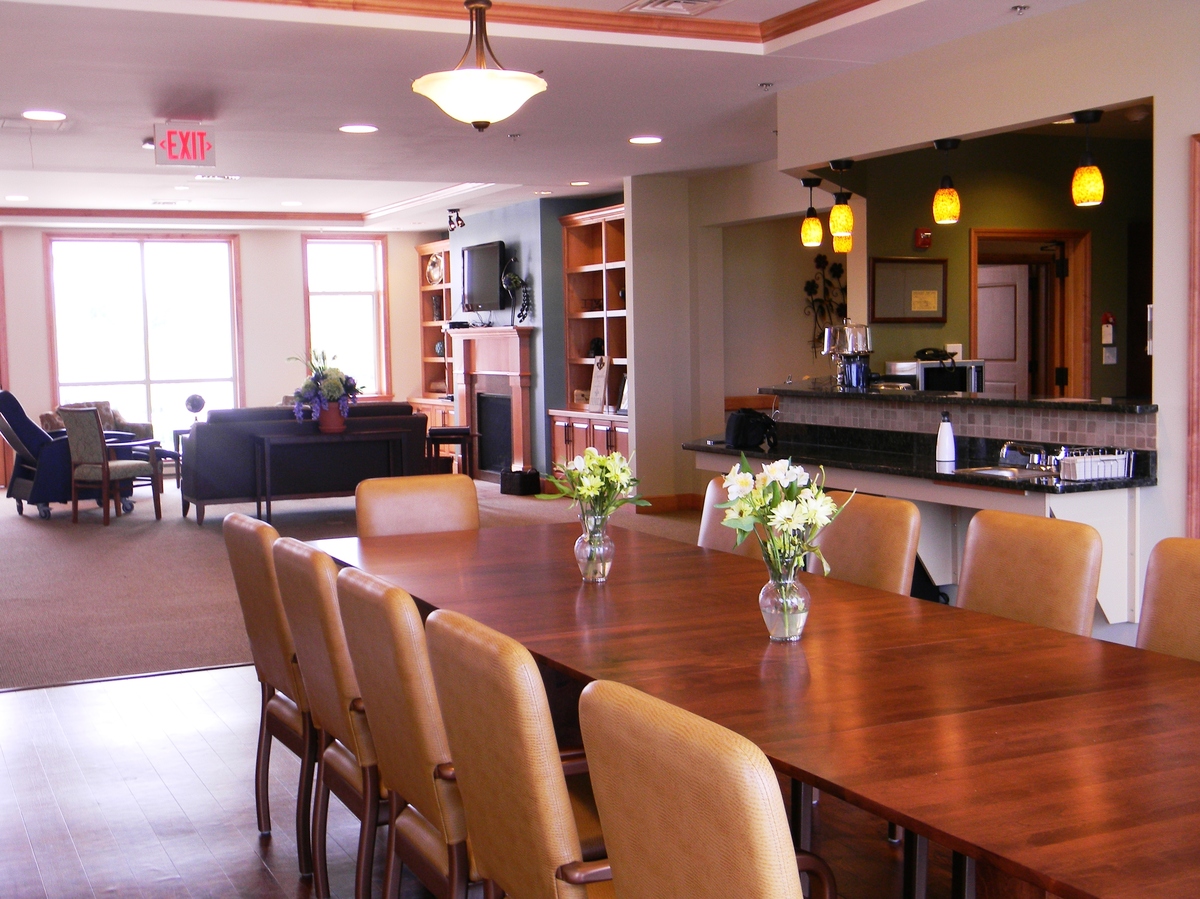 At the Baltimore Green House, every resident has a private room that's close to the common areas, shown here.

One thing just about everyone dreads as they age is the possibility of ending up in a nursing home. We all think we know what that's like: sharing a room with strangers, sitting slumped in a wheelchair all day, rigid schedules, bad smells. And for more than 1 million Americans, this is home. But there's an effort to change all that, and it's known as The Green House Project.

In the past 10 years, more than 140 of these alternative, nonprofit nursing homes have been built in 24 states.

There are four residences in Baltimore, on the grounds of the old Memorial Stadium, where the Orioles used to play baseball. A little league field remains, and you can see it from the front porches of the Green House homes here.

But at midday, no one's on the porch because it's lunchtime. In an open kitchen that looks like it belongs in a big suburban home, Tumarka Wilson prepares the meal: chicken Parmesan, broccoli and parsley egg noodles. But Wilson isn't the cook here. She's a nursing assistant, and like all Green House nursing assistants, she's trained to do a bit of everything.

Wilson likes her job's variety and says it wasn't like that at the nursing home where she used to work. "We cook for them, we do daily activities with them. We spend a lot of quality time with our elders," she says.

One of the reasons Wilson and the other nursing assistants can spend quality time with the "elders," as they're called here, is that there are no more than 12 residents living in any one Green House home. Every resident has a private room and bath that's close to a common area, which includes the kitchen, the living room and a communal dining table that has more than enough seating for residents and staff to eat together.

As 88-year-old Lawson Suber sits at the table waiting for lunch to be served, he explains that he came to the Green House after a fainting episode; his children insisted that he could no longer live on his own. But he's surprised to hear this place referred to as a "nursing home." "I guess it's somewhat like a nursing home. I guess it is," he says.

Dr. Bill Thomas, who came up with the idea for the homes in the 1990s, says the Green House is based on "a really radical idea: Let's abolish the nursing home."

Thomas, a geriatrician from upstate New York, had patients then who lived in nursing homes, and he realized "that the medicines I was prescribing were not treating the true source of suffering, which was loneliness."

He also realized that traditional nursing homes were going to have to be replaced soon anyway. "Most of them were built in the 1960s and '70s, and, you know, their time is done. So I got to asking the question: What comes next?"

What came next were the first Green House homes, which opened in Tupelo, Miss., in 2004. Now, with 148 Green House homes nationwide, there's enough research to get an idea of how they're working.

And they're doing pretty well. 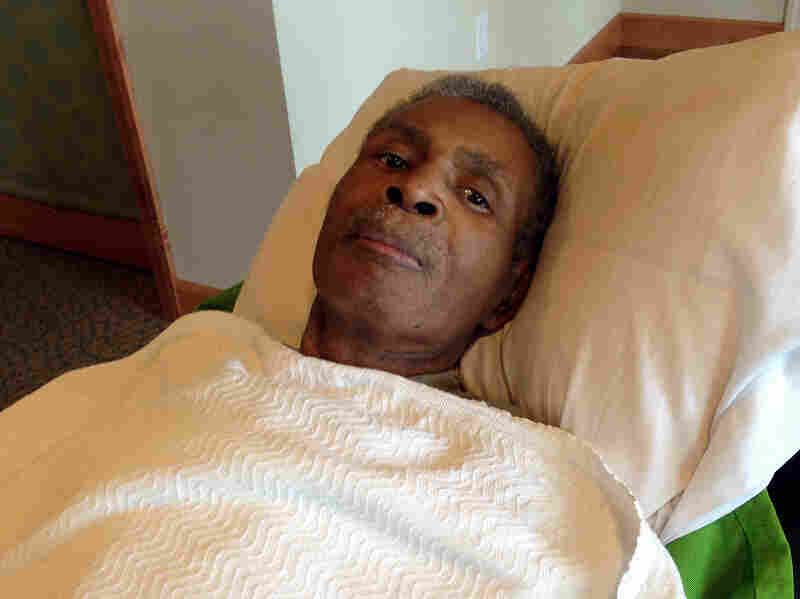 There are no strict schedules at Green House homes, so resident Charles Tyler, 72, is free to stay in his recliner in the living room during mealtimes. Ina Jaffe/NPR hide caption 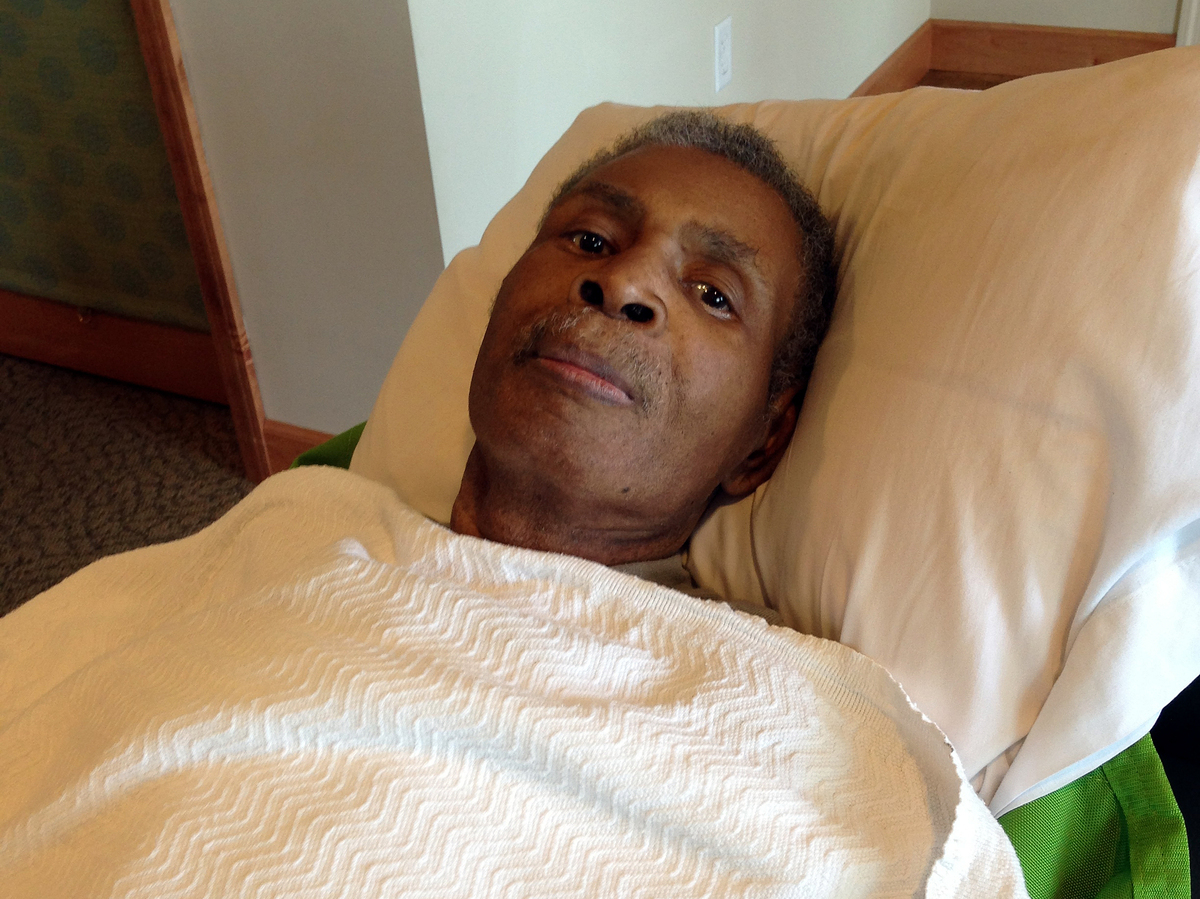 There are no strict schedules at Green House homes, so resident Charles Tyler, 72, is free to stay in his recliner in the living room during mealtimes.

Studies show that residents are happier and stay healthier longer. David Farrell, director of the Green House Project nationwide, explains that those private rooms aren't a luxury — they're safer than a traditional nursing home, where two or even three people might share a room and also share a bathroom with the two or three people in the room next door.

"So now you're talking about six people sharing the toilet and the washbasin, which of course just further increases the spread of infection for all the elders living there," Farrell says.

Research also shows that Green House residents maintain their independence longer than residents of traditional nursing homes, where hallways are long and schedules are tight. "So people really are kind of relegated to a wheelchair in order to efficiently move them around," Farrell says, "and they quickly lose their ability to walk."

There are no strict schedules at Green House homes, so while many of the residents gather at the table for lunch, Charles Tyler stays in his recliner in the living room, blanket up to his chin. The 72-year-old is not in the mood for lunch right now, but he's not worried about missing a meal. "Anytime I get ready, just press the button, and they'll bring me a raisin-bread sandwich. That's my favorite," Tyler says.

Personal service, private rooms — it all sounds expensive, but Green House home costs are about the median for nursing homes nationally. In fact, in Baltimore, the Green House homes serve mostly low-income people on Medicaid — so all Tyler has to do is focus on keeping up his strength.

"No pressure on you," Tyler says. "All you have to do is ask them what needs to be done and what is my part in it, and try. That's all."

There are now about 150 more Green House homes in development, where residents will be able to enjoy the privacy of their own rooms or the company of the communal table. It'll be their choice.