Accessibility links
Taste Of Summer Finalist: Diane's Dad's Sandwich Marti Olesen's favorite summer recipe is plucked straight from the garden — and the faster it gets to your plate, the better. The key to Diane's Dad's Summer Sandwich is in its layering and secret ingredient: chunky peanut butter.

Marti Olesen's favorite summer recipe is plucked straight from the garden — and the faster it gets to your plate, the better. She calls it Diane's Dad's Summer Sandwich.

"I've been eating this sandwich for 27 years, and I am the epitome of health — and beauty," Olesen laughs. 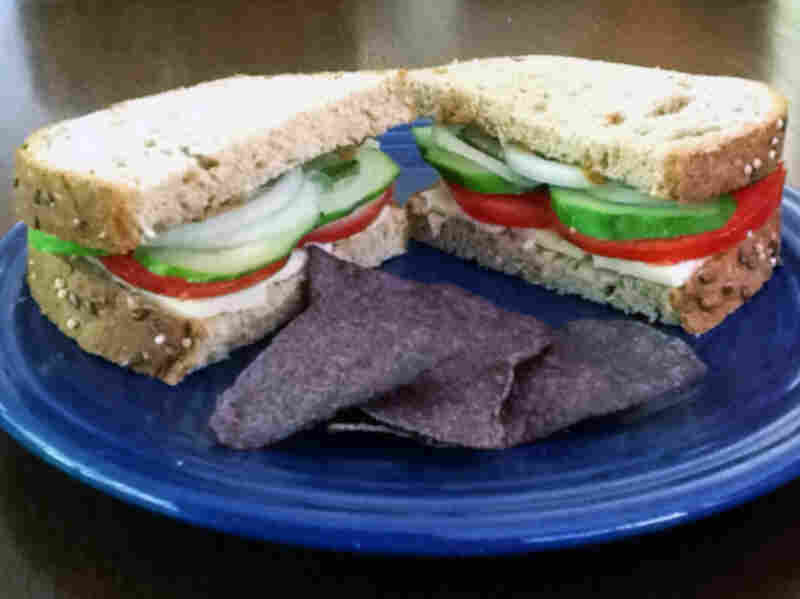 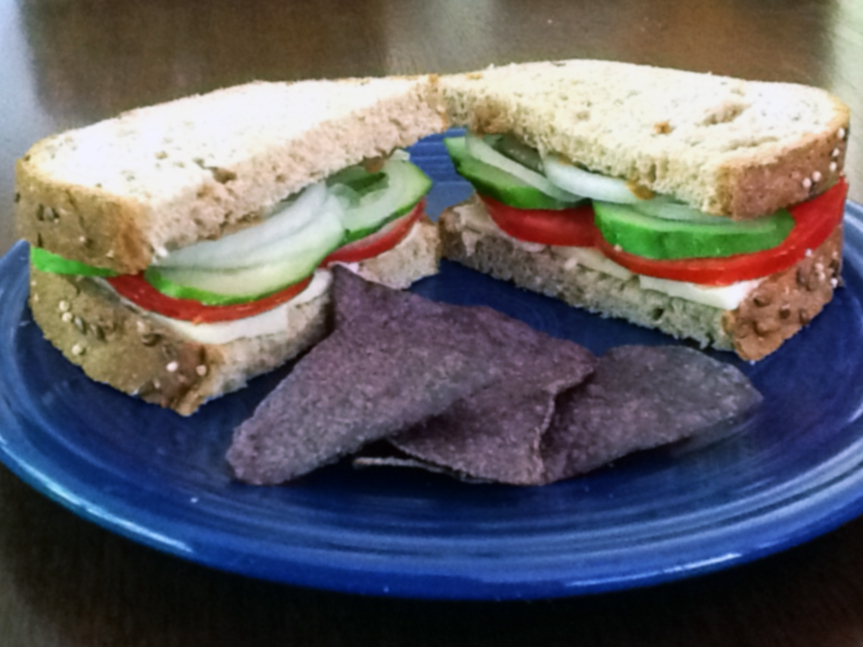 Olesen is an elementary school librarian in Ponca, Ark. She first encountered the sandwich when a co-worker, Diane Dickey, told her about it decades ago.

"She was reminiscing about this wonderful sandwich that she ate every summer with her dad. I was a vegetarian at the time and I thought, 'I'm game. Tell me about it,' " Olesen says.

The ingredient list starts out pretty traditionally: Tomatoes, Vidalia or red sweet onion, and cucumbers, all fresh and sliced thinly. The veggies are placed between two slices of whole grain bread with white cheddar cheese. But the sandwich isn't complete until you slather on some crunchy peanut butter.

Olesen was skeptical as she headed to the farmers market to gather the ingredients for the first time. Once assembled she took a big bite and thought, "You know, it's OK, but I'm not loving it yet."

Realizing there might be a secret in the layering, she reordered the sandwich three of four different times but never loved the result.

"But I was very polite, and I did not say anything to Diane," she says.

A couple of weeks went by before Dickey asked about the sandwich. Olesen played it off, conceding Dickey's love of the sandwich was probably wrapped up in her childhood memories.

Vote For Your Favorite

This recipe is among three finalists in our Taste of Summer contest. Take a look at the two others below and vote for your favorite by sending a message to All Things Considered here. Make sure to put "Taste Of Summer Vote" in the subject line.

It turns out there was a secret order, after all: Cheese on top, then tomato, cucumber, onion and crunchy peanut butter on the bottom. Olesen is still mystified why the order matters so much.

"I did an experiment the other day. I made the sandwich in the right order, and I turned it upside down, and it was not as good," she says.

Its effect on Olesen was long-lasting. In addition to becoming a fixture of her summers for nearly three decades, it also inspired her to plant a garden when she moved to the country.

"I thought, 'Wow, what if I had my own tomatoes and my own cucumbers?' " she says. "And I would like to thank Diane for sharing this recipe with me, because it actually did impel me to change the way I look at summer."

Olesen says this sandwich tastes best when the ingredients are impeccably fresh, thinly sliced and added in the order listed. She suggests serving it with blue corn chips.

Layer the ingredients in the order given; eat with the cheese layer on top.