Accessibility links
Full-Time Vs. Part-Time Workers: Restaurants Weigh Obamacare With the new health care law on the horizon, the restaurant industry is looking carefully at the looming health insurance requirements. Some national chains are looking at ways of limiting the new law's impact on the bottom line, while other restaurant owners say the new law won't change much for them. 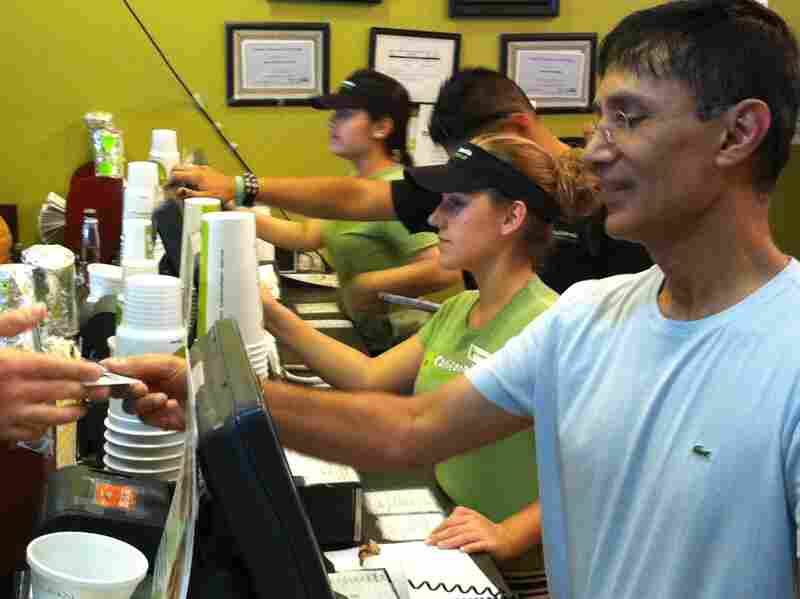 The California Tortilla chain is one company still deciding how to react to the new health care requirements for business, set to take effect next year. John Ydstie/NPR hide caption 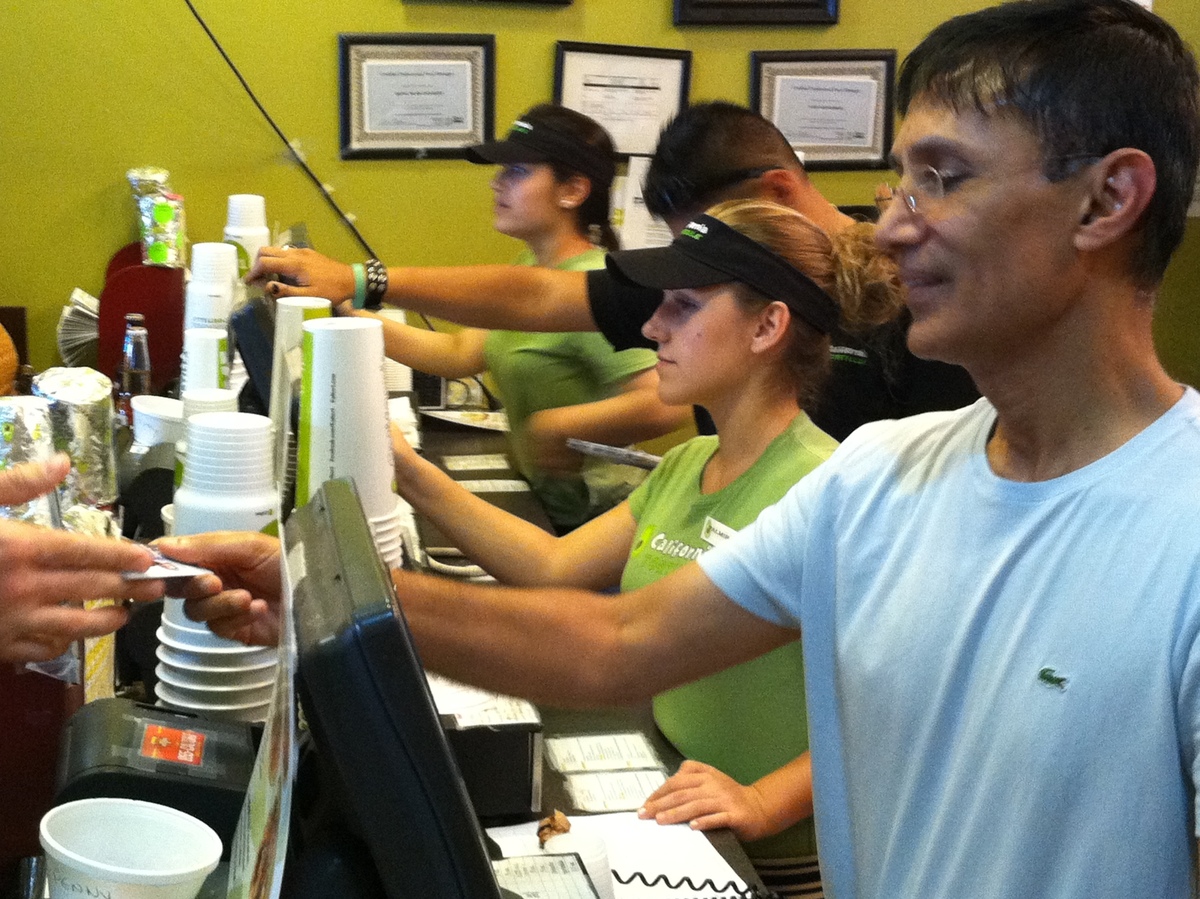 The California Tortilla chain is one company still deciding how to react to the new health care requirements for business, set to take effect next year.

Many businesses that don't offer health insurance to all their employees breathed a sigh of relief earlier this month when they learned they'd have an extra year to comply with the new health care law or face stiff penalties.

President Obama delayed the requirement for businesses with 50 or more employees after complaints that the plan was too complicated to implement by the original deadline, January 2014. Now, the restaurant industry, which employs a lot of part-time employees, is weighing strategies for how to respond.

At a California Tortilla restaurant in downtown Washington, D.C., managers say they're still figuring out what strategy to use to comply with the new law's mandate to provide health insurance for all workers who put in at least 30 hours a week: whether they should trim hours, hire more part-timers or leave things unchanged.

The reason is simply cost, he says.

"If we were to keep our health insurance program exactly like it is with no changes, every forecast we've looked at has indicated our costs will go up 24 percent," he says.

The profit per employee in restaurants is only $750 per year, says Richardson, much lower than in most other industries. So, he says, adding health insurance as a benefit for all employees over 30 hours, as the health care law requires, isn't feasible.

But for another restaurant owner, the calculation is very different. Jeff Benjamin has four restaurants in the Philadelphia area and is planning three more. This past spring he invited a dozen restaurateurs from other cities to meet in Chicago to brainstorm strategies to respond to Obamacare's employer mandate. Adding more part-time workers, less than 30 hours a week, was one idea, but Benjamin says it didn't get traction.

"I really only think one or two of the folks in the room suggested it," he says. "All of them kind of agreed that there are too many fixed costs to having an employee to make it worthwhile to go the part-time route."

Having two part-timers instead of one full-time employee doubles the cost of things like training, scheduling and uniforms, Benjamin says.

"I'm a big fan of [the idea that] full-time employees give you full-time work," he says. "And sometimes as you lower people's hours they may not be as committed. So, I love to be able to give someone a full-time job."

A Restaurant Brainstorms How To Afford Obamacare

But Benjamin acknowledges that his staffing needs and profit margins are different from a fast-food chain like White Castle, and that's why they have different calculations about hiring part-timers. A number of big fast-food chains have said they'll use the strategy of increasing part-time workers, although one, Darden Restaurants, which owns Olive Garden and Red Lobster, has reversed course. Part of the reason was a public backlash to the decision that hurt their business.

A recent survey from the U.S. Chamber of Commerce found that half of the small businesses responding said they will reduce hours or add more part-timers in response to the law. But there are no hard data, so far, showing the industry moving to more part-time employees, says Scott DeFife, a spokesman for the National Restaurant Association.

"There's no big strategic part-time shift," he says. "In fact, data shows that in the past year average hours per employee is going up."

The National Restaurant Association hopes that Congress will use the one-year delay to make the law less burdensome to employers, DeFife says. But that would mean they'd provide fewer of their workers with health insurance.