Accessibility links
Rob Lowe On Playing JFK Without Sounding Like You're On 'The Simpsons' Rob Lowe is playing John F. Kennedy. And that presents some specific challenges. 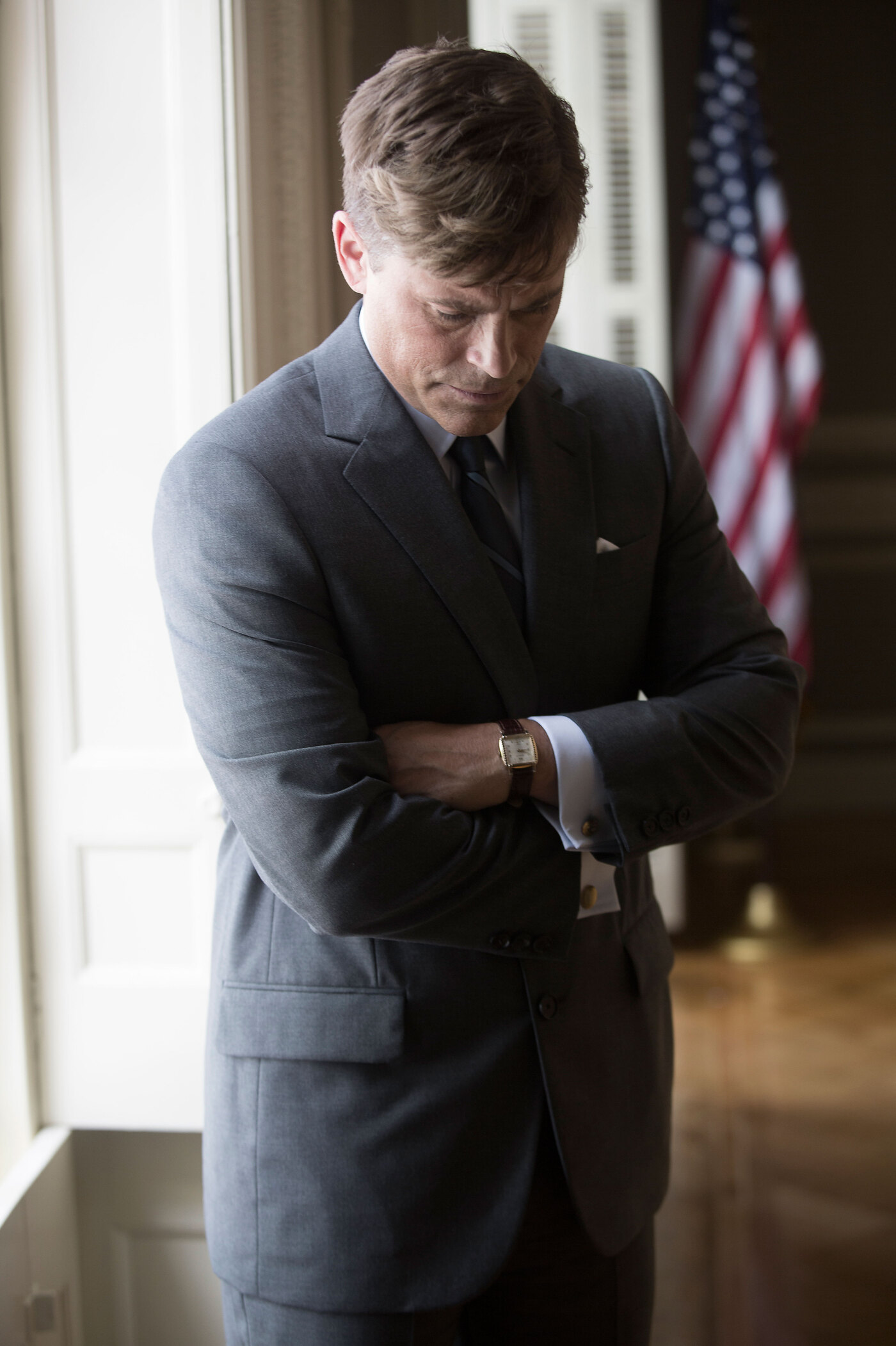 The National Geographic Channel is a little all over the place when it comes to their programming. There's some nature material, there's some fairly sensational reality stuff (Doomsday Preppers, for instance), and there are historical documentaries and, sometimes, historical scripted films. Their presentation at press tour thus covered a lot of ground and included both an upcoming Preppers spin-off called Doomsday Castle — about a man who is getting his kids to help build a bunker that will survive a power-failure apocalypse — and the film Killing Kennedy, a drama adapted from Bill O'Reilly's best-selling book about John F. Kennedy and Lee Harvey Oswald.

And so it falls, in this case, to Rob Lowe to do as many others (among them William Devane, Tim Matheson, and recently Greg Kinnear) have done before: play the role of JFK.

He gamely took a bunch of questions about it, in which he compared Kennedy to a character from Shakespeare, in the sense that it becomes a role that so many actors have played that it's all you can do to consider what you can bring to it that's new. "Actors play Hamlet all the time. Actors there could be 17 actors, you know, on 17 stages on any given day playing those characters. So a lot of people will play JFK in the future, and it's just one of our great American icons."

"Just technically, what I learned was he really had two voices. He had the voice that we all know — you know, [Mayor Quimby-ish Kennedy voice] 'Come to Berlin,' you know. He had that voice, which is the voice that everybody imitates, and then he had the way he spoke in private, which was very different. And there's actually a linguistic term called the 'Kennedy stutter step,' not to get too technical. And basically, what it is is his stammer. And that's what you don't see a lot of. And I tried to bring that, and I immersed myself in it. But then you forget about it. You do the voice, and you go to the things that are more important, which are honesty, authenticity, connection with the actors, you know, all of the stuff that actors do on a daily basis."