Accessibility links
Fact Behind The Fiction: 5 Great Historicals For Summer Author Jean Zimmerman chooses five books that "pick up where history leaves off," shedding new light on often forgotten corners of history, from the unruly Florida frontier of the 18th century to the real-life little dancer who inspired Edgar Degas' famous sculpture. 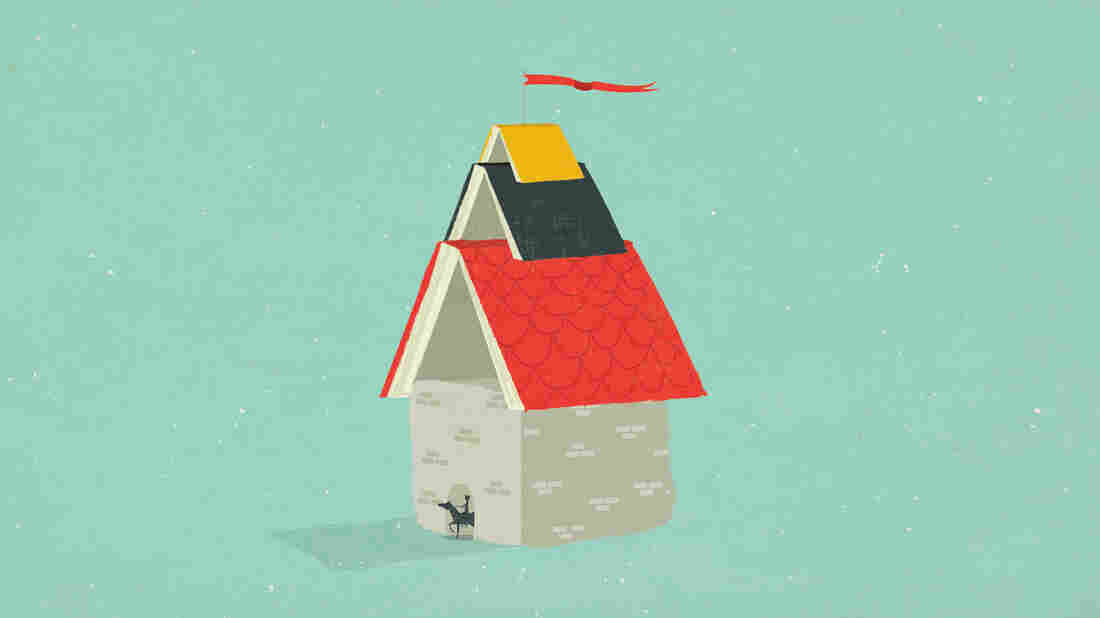 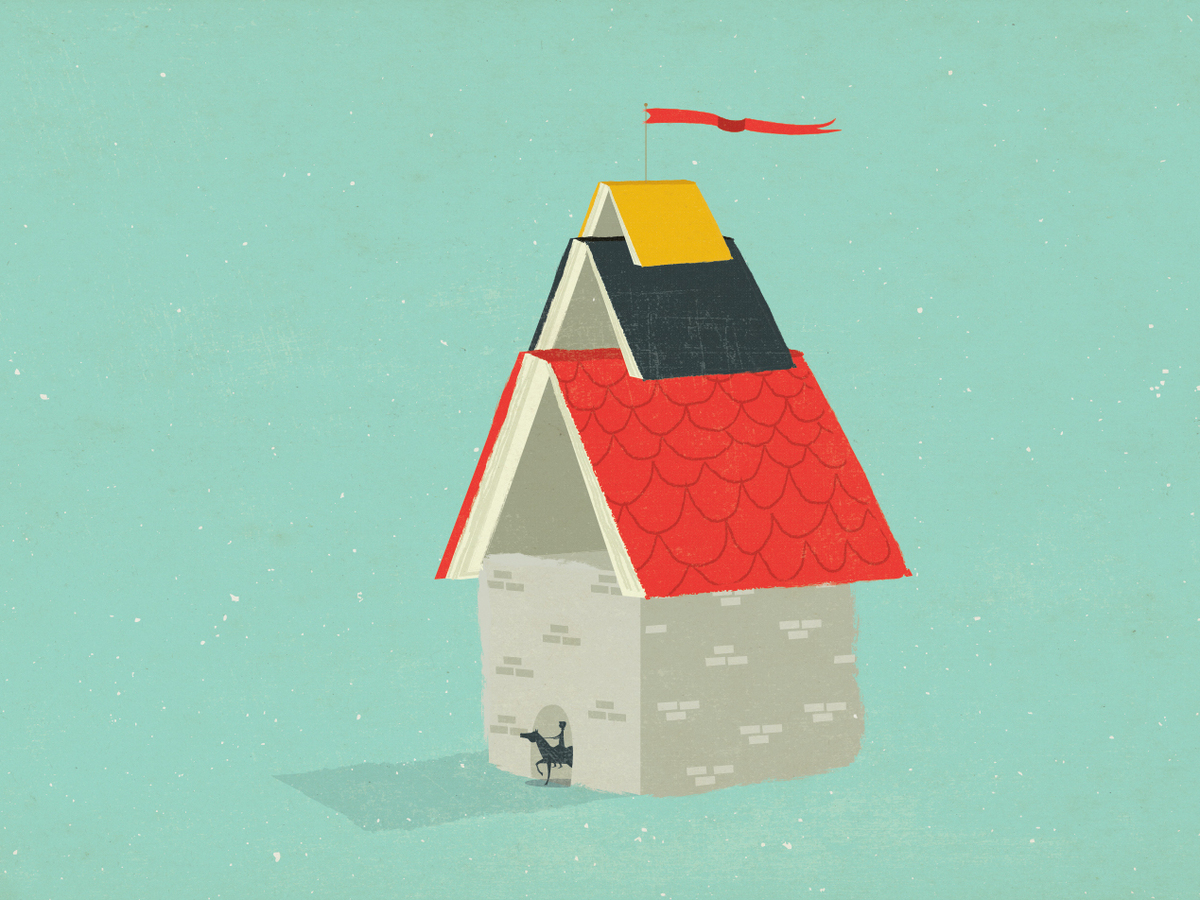 So was that real?

I hear variations on this theme all the time from readers. Titrating fact and fantasy can give a story a mysterious energy. Writers fetch up those details that sate the senses, allowing us to touch and taste, hear and feel how things were once upon a time. A woman steps out in Gilded Age New York City. Would she wear muslin or silk, petticoats or a hoop of whale baleen? Short kid gloves or long satin ones? How deep is her decolletage? All the particulars, please!

Some classics — Jack Finney's Time and Again comes to mind — place invented characters in an authentic historical milieu. This approach is great. But I have a soft spot for those authors who revive some living, breathing figure, often a relatively minor one (hello, Thomas Cromwell). Real events, forgotten or infamous, also have a welcome grit about them.

Each of these summertime reads picks up where history leaves off. All are rich enough that I felt satisfied even before I read the author's source notes. But when I learned "what was real" in these books I reached a whole new level of delight.

I was astonished to learn that between 1854 and 1929, thousands of homeless New York City children were essentially kidnapped by the authorities and taken west by rail to start new, not necessarily wonderful lives. Christine Baker Kline takes this often brutal historical reality and raises it into a restorative tale of emotional survival against the odds. The author did considerable research with the few remaining orphan train survivors. That groundwork gives Orphan Train its sharp sense of authenticity.

The narrator, 91-year-old Vivian, recounts her past. As a sensitive, redheaded Irish child, she loses her immigrant parents in a tenement fire and is shipped off to rural Minnesota. Vivian's trials and triumphs as she matures are the stuff of quiet, poignant drama. I found myself hurting for her when she lands in a dirt-poor backwoods household. I celebrated when a kindhearted seamstress buys the half-starved girl a precious stick of penny candy. And, crucially for historical fiction, I felt secure in Kline's command of period details, down to the exact shade of lipstick worn by Midwestern teens in 1939: Terra Coral.

No real-life characters populate this novel, but there is a solid real-life foundation in the widespread public distress after London's Metropolitan Police failed to capture Jack the Ripper in the 1880s. Alex Grecian's 2012 debut novel, The Yard, introduced a quirky, crack trio of detectives, Inspector Walter Day, Sergeant Nevil Hammersmith and Dr. Bernard Kingsley. In this thriller they reconvene in rural England to track down a boogeyman known by locals as "Rawhead and Bloody Bones."

Secrets and superstitions swirl around the disappearance of a family in a coal-mining village in the British Midlands. It's 1890, and life is literally collapsing as the town's homes, inn and church sink underground into the caved-in seams of the mines. I enjoyed the swift pacing of Grecian's story, its abundant period detail and its exuberantly gruesome tone, which manages to be elegant even when discussing maggots devouring a pig carcass, leeches exploding bloodily off a sick man, or the lone, startling eyeball in a bird's nest that kicks off the plot. The gentlemanly, no-nonsense banter of the detectives in the face of evil is one of the prime pleasures of this riveting Victorian procedural.

The Blood Of Heaven

Kent Wascom's debut novel is definitely not your mother's historical fiction. In The Blood of Heaven, an aging slave trader confides his story of coming to manhood on the unruly Southwestern frontier just after the American Revolution. We travel the bayou-fringed lands stretching from Pensacola to New Orleans with Angel Woolsack, son of a firebrand preacher. Along the way we meet the passel of highwaymen, brothel denizens, ragged frontier dwellers, slaves, plantation scions and dirty politicians he encounters as he attempts to claim his place in this cracked-open world. Wascom's is a bracing, Cormac McCarthy-inflected voice, his book an exorcism of the growing country's demons.

I liked the novel's basis in some underremembered U.S. history. Who now knows about Aaron Burr's seditious land grab, or the pair of rebels called the Kemp Brothers? Here, the nightmare of West Florida's history, shaped by these influential parties, performs a do-si-do with Angel Woolsack's redemption. Wascom's propulsive narrative takes us into the dark soul of the American frontier, a precinct I felt glad to be visiting, but only from the comfort and safety of my armchair.

Reading this novel, I found myself transfixed by a story I'd only heard snatches of before. At the turn of the 20th century, Typhoid Mary was an iconic figure. In this wonderful treatment of a life, Mary Mallon, a self-trained cook, becomes trapped in a snare of innuendo when members of the families she has prepared food for begin to die. Typhoid, a bacterially transmitted, fast-killing disease, is running rampant. A theory develops regarding "asymptomatic" carriers of the disease. One "sanitary engineer" in particular singles out Mallon to incriminate, isolating her for years in a bungalow on North Brother Island in New York City's East River and essentially ruining her life.

Mary Beth Keane received accolades for her first novel, The Walking People, in 2010, about an Irish-American matriarch. The novelist has followed up with Fever, focusing on another powerful Irish immigrant. While the tale is true in its well-researched outlines, Keane builds a story of Mallon and her inner life that goes far beyond the facts. In Fever we come to see and care about Mallon, not especially beautiful or gentle but brave and headstrong and doomed. I relished her tragic tale because of the author's brilliance in bringing it to the fore.

Belle epoque Paris springs to life under the sure hand of Cathy Marie Buchanan, the author of one previous historical novel, The Day the Falls Stood Still. In The Painted Girls, the shambling, blue-spectacled artist Edgar Degas is a central figure, struggling to create his Little Dancer Aged Fourteen. His model, an aspiring adolescent ballerina named Marie van Goethem, and her older sister, Antoinette, narrate the story in alternating chapters, offering contrasting perspectives on a life of struggles and hard-won pleasures. Choice details (about working in a murderously hot and wet commercial laundry, for example) make reading this book a pure pleasure.

The portrayal of the real-life van Goethem sisters is both delicate and earthy — even their diction, shaped by the street, comes off as charming and original. Critics of the time lauded Little Dancer as "the only truly modern attempt at sculpture" (28 bronze replicas now exist around the world). In this book I found a lovely braiding of the real and invented, a seductive world I didn't want to leave.

Knowing there is fact behind the fiction made reading these hammock-friendly books a fantastic experience for me. Voltaire famously said, "History is the lie commonly agreed upon." I think we all know that a diplomatic agreement comes into play when readers encounter a historical novel that they love, that engulfs them in the glories of the past. The author agrees not to indulge in glaring "presentisms" — the latest jargon for anachronism — and has to steer away from being all "ye olde," as well. As a reader, I agree to ignore the inconvenient truth that the Russian characters in the story should be speaking Russian, say, instead of the English on the page. The writers who get me excited, like this summer's crop of novelists, blow on a historical ember and coax it into a literary flame.

Jean Zimmerman's debut work of historical fiction, The Orphanmaster, a murder mystery set in Dutch Manhattan, has just come out in paperback. She posts daily at Blog Cabin, jeanzimmerman.com.