Accessibility links
For Bioethicist With Ailing Spouse, End-Of-Life Issues Hit Home In 2008, a cycling accident left bioethicist Margaret Battin's husband quadriplegic and dependent on life support technology. The accident forced Battin, a right-to-die advocate, to reflect on the positions she's taken in the past and decide whether she still believes in them. 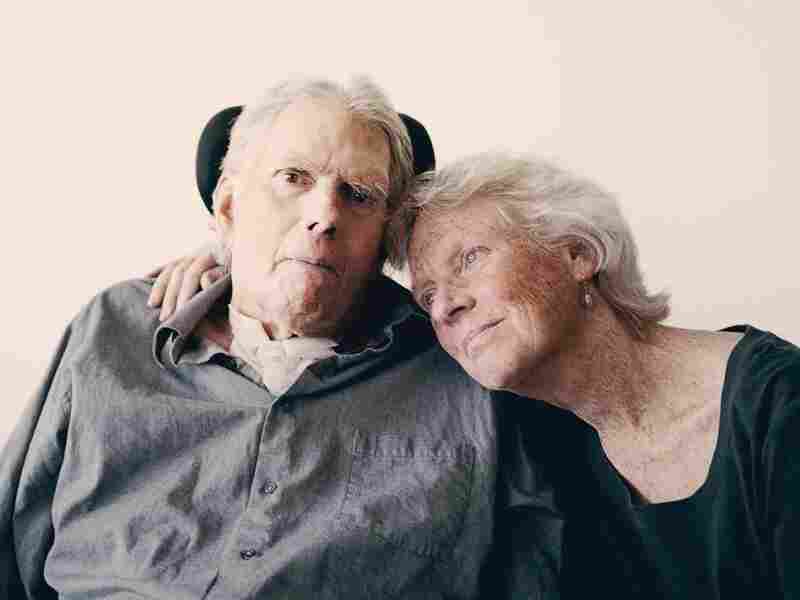 Margaret Battin's husband, Brooke Hopkins, was left quadriplegic after he collided with an oncoming bicycle while cycling down a hill in Salt Lake City. Courtesy of The New York Times hide caption 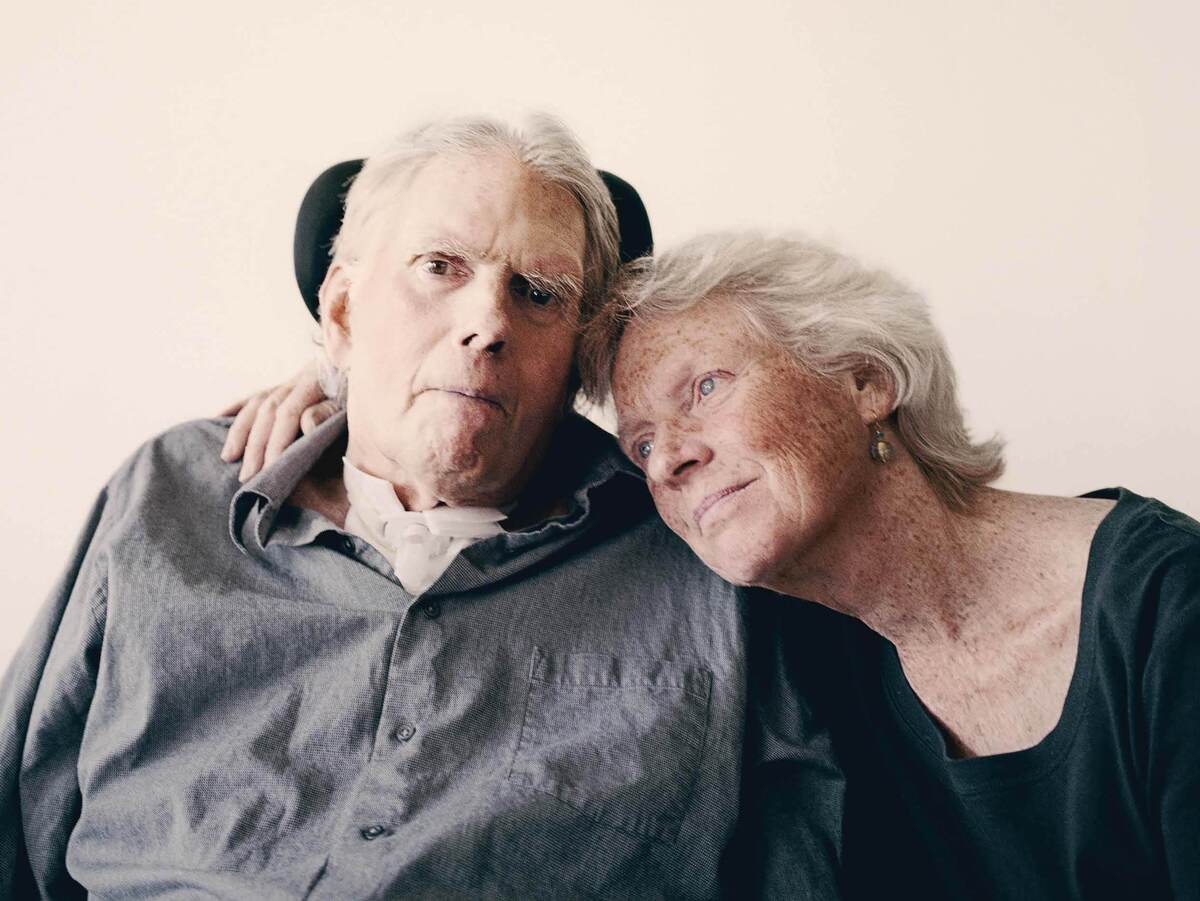 Margaret Battin's husband, Brooke Hopkins, was left quadriplegic after he collided with an oncoming bicycle while cycling down a hill in Salt Lake City.

After writing books and essays about end-of-life issues, and advocating for the right to die, bioethicist Margaret Battin is wrestling with the issue in her own family. Her husband, Brooke Hopkins, an English professor at the University of Utah, where she also teaches, broke his neck in a bicycle accident in 2008, leaving him with quadriplegia and dependent on life support technology. In order to breathe, he requires a ventilator some of the time and a diaphragmatic pacer all the time. He receives his nutrition through a feeding tube.

Hopkins' living will gives him the right to decline this technology, and although he's chosen to keep living, there have been times he's told his wife he wants to die, and she's had to decide how literally to interpret his words.

In her academic life, Battin has also had to reflect on the positions she's taken in the past to see if she still believes in them. She and her husband are in their early 70s. She's a distinguished professor of philosophy and still teaches full time. When Hopkins is doing well, and not suffering from one of the many infections that have plagued him since the accident, he's able to do some teaching from his home, talk with friends who come to visit, go in his wheelchair on walks with his wife and even occasionally get taken to a concert or museum.

Battin and Hopkins were profiled in the cover story of last Sunday's New York Times Magazine. Battin tells Fresh Air's Terry Gross about what happened right after the accident, and the responsibility of deciding if someone is genuine in their wish to die.

On whether, post-accident, she and her husband discussed if he wanted to live or die

"It's odd ... that we didn't have that conversation. At least, I don't recall that conversation. I think it's because in those early days you are so intent on survival. He had had quite a respiratory infection at the time of the accident, which he had gotten campaigning during the 2008 election just prior to that. So the probability of him even surviving the accident, or the immediate period afterward, wasn't particularly good. Our efforts, his and mine, and everybody else's were focused on survival: Can he pull through these respiratory problems? Once those were a little more stabilized and he was able to communicate, there's a whole new phenomenon, and that's the ... enormous expression of love and affection and ... concern from family members, friends, people you haven't seen for ... five years, this overwhelming involving and concern by other people. ...

"So your sense of whether you want to continue or not ... your circumstances are so altered, and altered by this phenomenon that doesn't occur for most people in their ordinary lives; you don't have all of your entire family and your entire range of friends all showering you with love all at once. That's quite heady in a way. It's quite wonderful. ... You might even say it's sublime and it's extraordinary. That made a huge amount of difference at the beginning. ...

"At the beginning we had been told that the paralysis, initial paralysis, would last five to six weeks anyway, and only after that would you have some sense of realistic prognosis. So, while you worry about it, you ... knew that there was no point in thinking about it until after this period. Would he be able to get up and walk away eventually? Well, maybe. That's the kind of thing you can't tell. ... So such a choice would've been premature. Also, walking isn't the only thing in the world. So one begins to recognize that one will begin thinking about how to adapt to a very changed situation."

"I think you have to take it seriously. That doesn't mean that because he says, 'I want to die right now,' that you have to marshal action about it. ...

"It's not easy, I can tell you that. It doesn't diminish in any way my belief that people — my belief and firmly considered position that people ought to be able, ought to be legally protected, legally empowered to control the character of their own deaths. That is, I do favor legalization of Death with Dignity laws, but that doesn't mean that these decisions are always easy. There [are] some differences. Brooke is not terminally ill, in any standard sense, although his life in certain ways is precarious, his survival. I'm not a physician, I don't pretend to be, so under the Death with Dignity laws it would be the physician that made the determination of whether ceding to this request was appropriate or not. ... If a physician under these laws were to receive a request from a patient and had any doubts about competency, they would be expected to request a psychological or psychiatric consult."

On her husband's accident hitting so close to her academic expertise

"To have it become so real, that someone you love — and love a lot, deeply — would be enmeshed in the same ... very kind of choice you had been thinking about academically for so long is an extraordinary experience. In one way, it's a healthy experience as it forces me to rethink everything. And even doing that, and even given the acute agony of being so close to something that is so difficult, it doesn't change my basic position that people should be recognized to have the right to not only live their lives in ways of their own choosing, providing of course that they don't harm others ... be the architects of their own lives, but that includes the very ... ends of their lives. You shouldn't have to lose those rights just at the end, especially since the very end makes the greatest amount of difference to some people, and also to some of their loved ones around them."