Accessibility links
And The Winning Taste Of Summer Is ... After careful consideration, gnashing of teeth and cleansing of palates, we have a winner in the Found Recipes Taste of Summer contest. Listeners wrote in, and NPR staff sampled recipes from the three finalists. 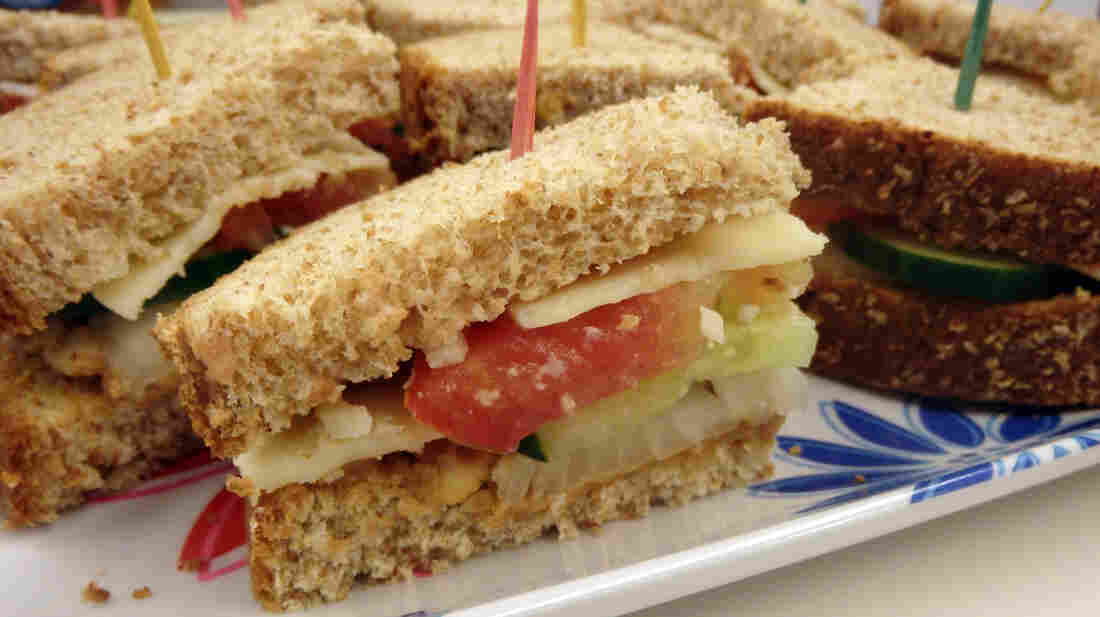 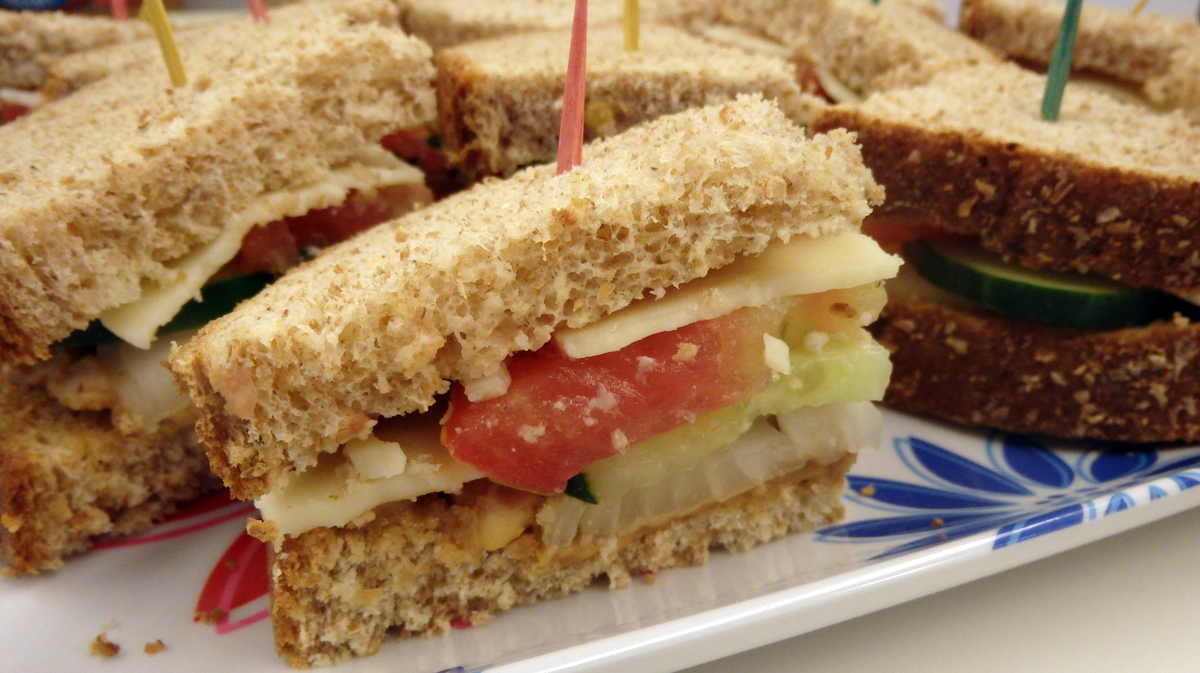 The voting is finished. The taste test is done. The verdict is in: Marti Olesen has won All Things Considered's Taste of Summer contest with her recipe for Diane's Dad's Summer Sandwich.

I know not everybody will agree with my decision. Frankly, in my book, all three finalists are winners. Judging them was tricky business because so often it was like comparing apples, oranges and kumquats.

Each story had its own merits. Each recipe was good and had its vocal supporters.

Susan Jones' Strawberry Trifle story was charming and fantastic. That a non-cook's "bring a dish" anxiety was extinguished by serendipity, when a scrap of paper blowing in the wind on recycling day caught her attention, is appealing for anyone who's struggled in the kitchen.

Patricia Mulvey's story was about how her Ensenada Slaw came out of a crazy trip from hell to Mexico. I think "Maximo's Auto Repair and Beauty Supply Shop" will be burned in my brain for the rest of my life. Screwball comedy — when it happens off-screen — is also very, very appealing, and Pat is an expressive storyteller, for sure.

But Marti Olesen's story was stealthy. On the surface, it was simple: She hears about a recipe with ingredients that seem odd together, she tries it, she doesn't like it. But then she learns the secret: It's in the layering. She tries it again and loves it so much she plants a garden to better enjoy this summer sandwich. Her dedication to this thing that didn't seem like it would taste all that good is also appealing. 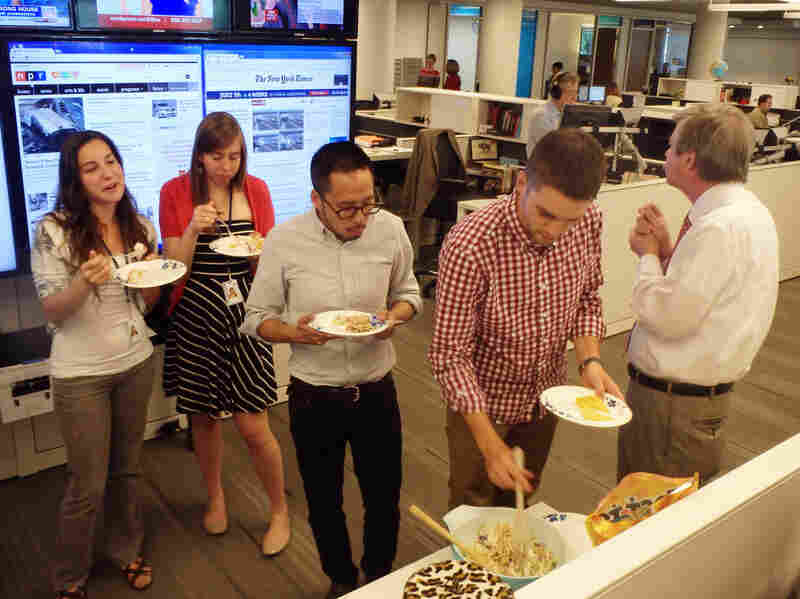 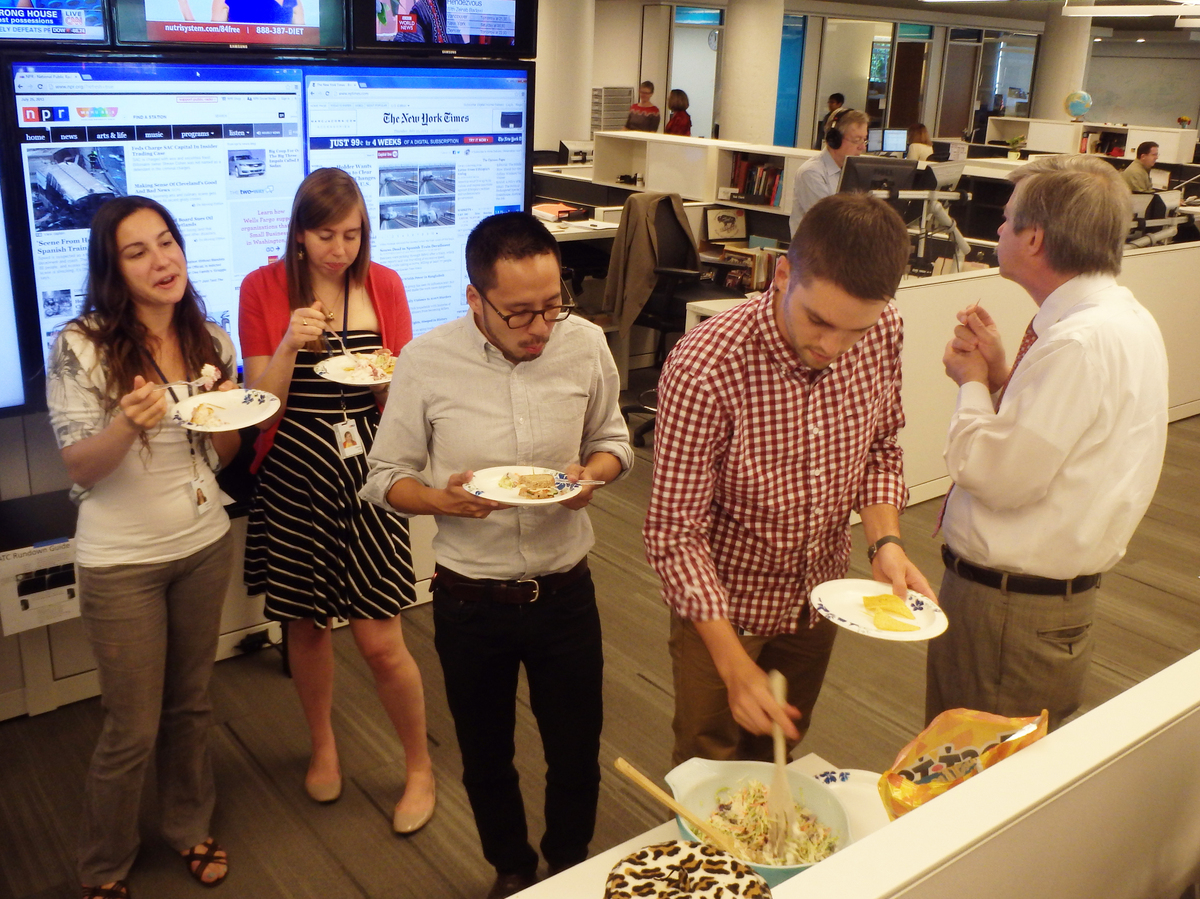 Some NPR staff members taste recipes from the contest finalists.

At our NPR headquarters, I made each recipe for a Taste of Summer taste test. They were all easy to do, included seasonal ingredients and earned a summer cook's vote of gratitude for not requiring an oven or a stove top.

But here's one thing that gave the summer sandwich an edge: It has high shareability, in that it's a recipe people really, really want to share.

Over and over, pro-sandwich listeners wrote in along these lines: "I couldn't believe this sandwich, with its white cheddar cheese, tomato, cucumber, onion and crunchy peanut butter combo, could possibly be that good. So I made it. I loved it. I loved it so much I made another. I made my kids try it. They loved it. I cannot wait to make it again."

This high shareability quotient was driven home during our taste test.

While not everybody sampling was Team Sandwich, everybody who was Team Sandwich was emphatically and surprisingly Team Sandwich, and their enthusiasm was infectious. You could practically hear the buzz around the table as people not involved with the taste test were pulled in to try the sandwich. As engineer Stu Rushfield, who'd heard all the Taste of Summer stories, put it: "I wouldn't say no to any of these recipes. But the one I'd make again is the sandwich. Because it's just so strange. And so good."

Thanks to everyone who participated in our contest. It was a lot of fun. I'm off to make another sandwich now. The crunchy peanut butter really does make it.

Melissa Gray is the producer of All Things Considered's Found Recipes series.