Accessibility links
The Milk Carton Kids, Live In Concert Half Simon & Garfunkel and half Smothers Brothers, Joey Ryan and Kenneth Pattengale's harmonies intertwine beautifully, while their playful, deadpan banter is worth the price of admission on its own. 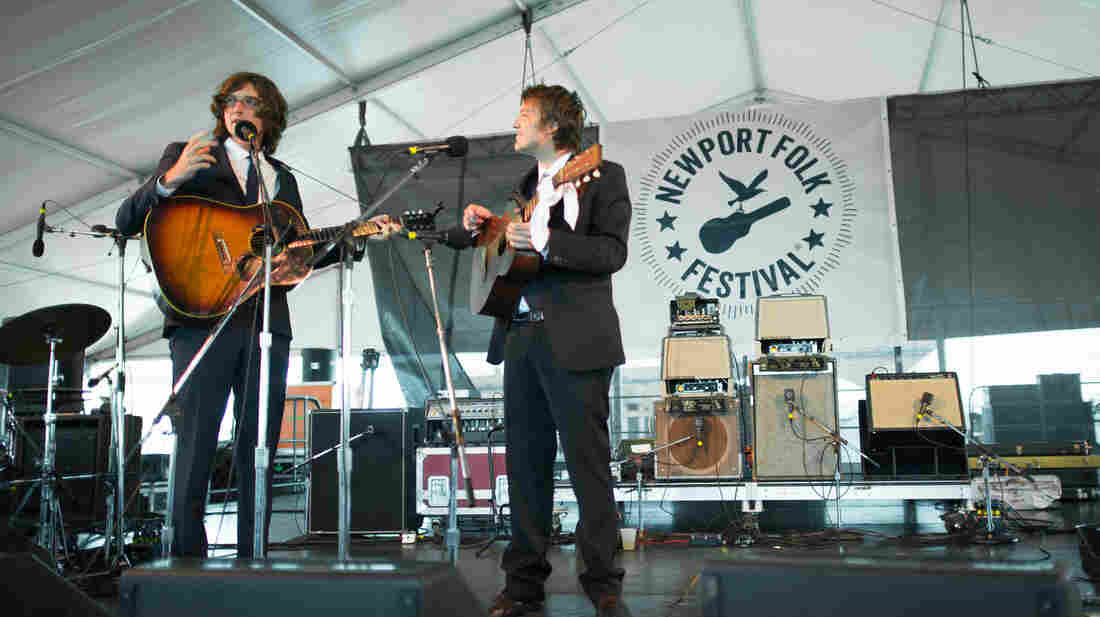 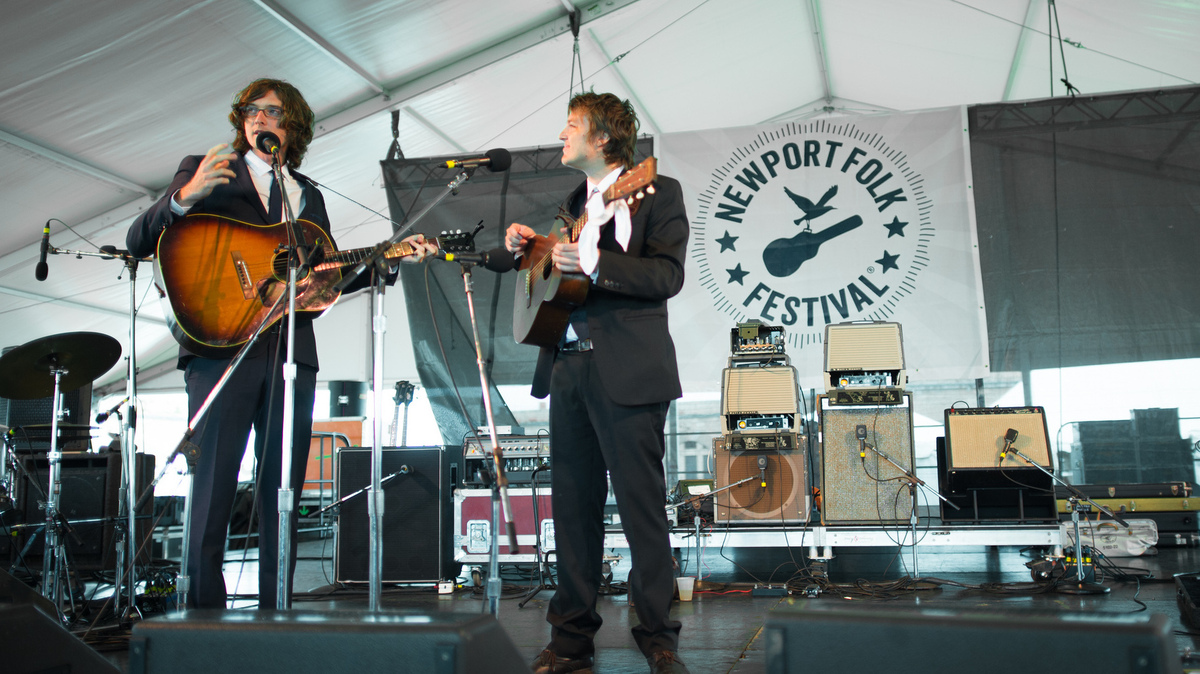 When they perform onstage as The Milk Carton Kids, Joey Ryan and Kenneth Pattengale are half Simon & Garfunkel, half Smothers Brothers: Their melancholic harmonies intertwine beautifully, while their playful, deadpan banter is worth the price of admission on its own. The two got their start together self-releasing albums of lovely folk-pop — even going so far as to make their first two full-length records available for free download on their website — but put out this year's The Ash & Clay through more traditional means.

For musicians whose music can be so quietly delicate, Ryan and Pattengale have ways of grabbing the attention of unwieldy crowds, as recent tour dates with The Lumineers and Old Crow Medicine Show proved. Hear The Milk Carton Kids perform as part of the 2013 Newport Folk Festival, recorded live on Friday, July 26 in Newport, R.I.