Accessibility links
Van Dyke Parks Lights Up Songs From Inside Parks has arranged music for artists of just about every genre, from the the Beach Boys and Bonnie Raitt to U2 and Skrillex. But every now and then he makes time to focus on his own material, most of it with a distinctive old-time feel. His latest is called Songs Cycled. 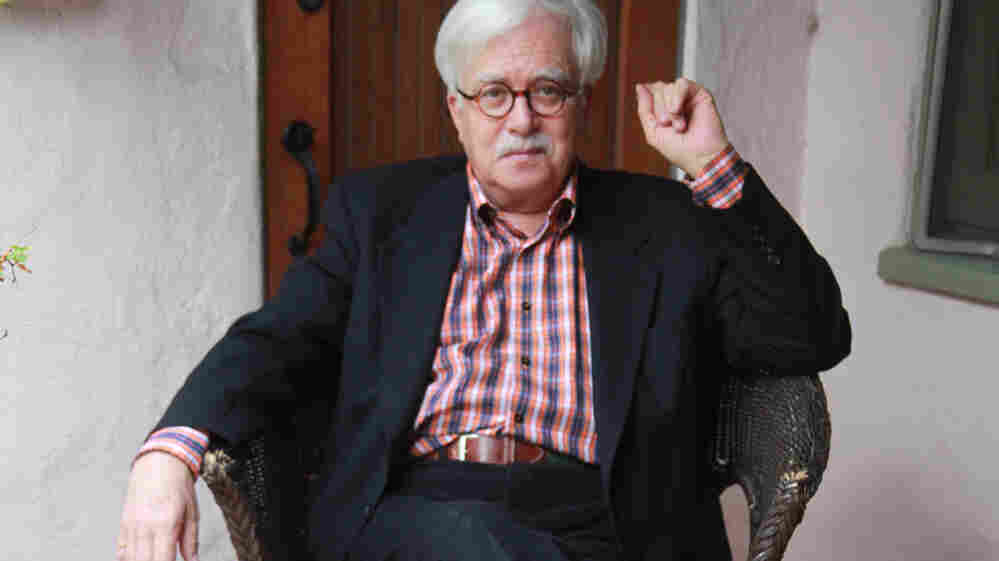 Over the course of nearly five decades, Van Dyke Parks has released an album under his own name roughly every five years. His latest, Songs Cycled, is a nod to his similarly titled solo debut. Henry Diltz/Courtesy of the artist hide caption 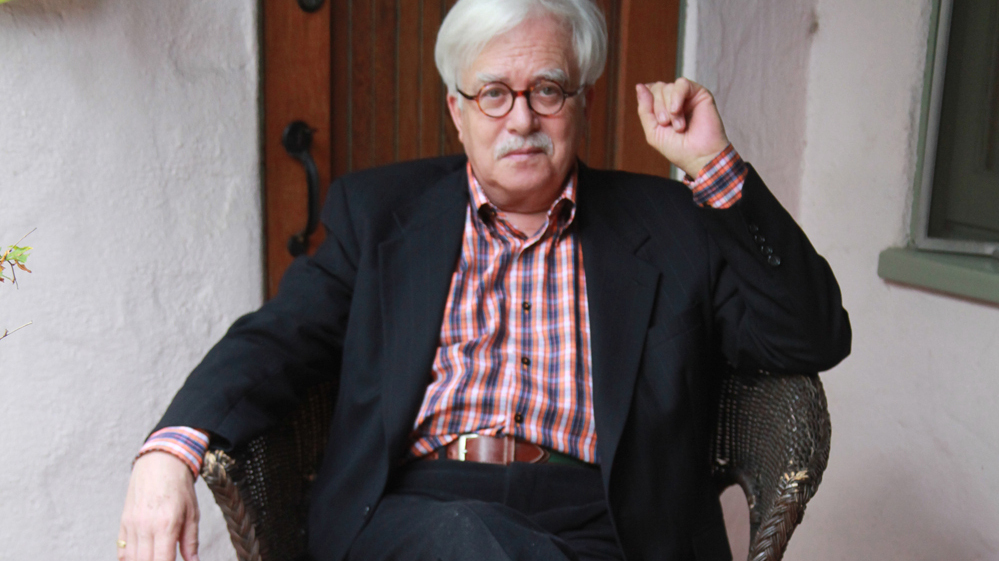 Over the course of nearly five decades, Van Dyke Parks has released an album under his own name roughly every five years. His latest, Songs Cycled, is a nod to his similarly titled solo debut.

At age 70, Van Dyke Parks has worked with artists from just about every genre, including The Beach Boys, U2 and Skrillex. But every now and then he takes some time to focus on his own material. This past week, Parks released his latest solo album, Songs Cycled — not to be confused with his similarly titled debut, Song Cycle, released 45 years earlier.

Parks first moved to California to pursue a career in music in 1962. That was the same year The Rolling Stones formed and The Beatles had their first UK hit. Unlike many young people at the time, Parks was less than impressed by the looming British invasion.

"There was such an antipathy toward all things American," he says. "And I thought it would be really squaresville to investigate this, embrace this thing called America."

So Parks did just that with his debut, bringing traditional Americana influences to modern pop music. Song Cycle was a critical success — and a commercial failure.

But Parks was never really looking for fame, as he was more inspired by the protest music of the time. And, perhaps more than anything, Parks was most interested in making music.

"I didn't see myself as an artist, I saw myself interested in the studio and wanting to learn what the studio was all about," Parks says. "And how I could serve as a person bringing studio technique in the apogee of the analog recording happening on my watch."

Parks' language is peppered with assonance and alliteration. His sentences are closer to poetry than conversation. These attributes intrigued fellow musician Brian Wilson, who asked Parks to write lyrics for the Beach Boys album Smile.

"I chased his musical syllables with words," Parks says. "And the idea was, I was seeing Brian as a person who was looking for validation. I found validation in his work and wanted the lyrics to reflect that."

Wilson was happy with Parks' contribution, but not everyone in the Beach Boys was as eager. Parks clashed with the band's Mike Love and eventually left the project. But he went on to work with plenty of other notable musicians.

"I don't know the year anymore, but it was the in the '60s when I first ran into Van Dyke on a session," guitarist and composer Ry Cooder says. "And I thought, who's this fella? He makes the piano sound like a bunch of guitars. I look over and he's got his left and his right hand playing real close together on the keyboard, if you can picture that. Like one hand with 10 fingers on it ... lighting up the inside of the song."

"It's been so long since I've played all these pieces," Parks says, sitting at the Steinway Parlor Grand Piano tucked in the corner of his living room. "I've been too busy making music to play."

To his right, another musical memento sits on the mantle.

"I keep the baton of my great grandfather — must have played its way through a lot of Sousa and Strausses," he says, before enumerating the musical talents of other family members, like his jitterbug-dancing parents. "[Our] living room always had two nested pianos in it; this is one of them."

Parks studied music formally for years, paid for in part by a brief career as a child actor. He appeared on TV shows including The Honeymooners, and, in 1956, landed a role in the film The Swan, opposite Alec Guinness.

Even though his acting career was short, Parks' relationship with Hollywood has continued. In 1967 he arranged the Oscar-nominated song "The Bare Necessities" for the Disney film The Jungle Book. Since then, he's arranged and composed music for dozens of film and television projects, from the kid's series Harold and the Purple Crayon to Martin Scorsese's mafia film The Departed.

A Taste For Observation

Over the course of a nearly five-decade career, Parks has managed to release an album under his own name roughly every five years.

"I think his music is beautiful and challenging all at once," singer-songwriter Inara George says. "And I think that's what's so amazing about it."

George, known for her solo work and as half of the duo The Bird and the Bee, is among a younger generation of musicians to collaborate with Parks: He arranged her 2009 album An Invitation, and has also worked with the bands Fleet Foxes and Grizzly Bear. George says Parks has an uncanny ability to hear a musician's influences and draw beautiful orchestrations out of the simplest of tunes.

"That's the thing he does in the arranging. [It's] not just the sound of it — he's actually commenting," George says. "If you listen to the music, you can hear him making comments about the lyrics."

Parks recently took a break from his work with other musicians to put together his first album of new material since 1989. In true Van Dyke Parks fashion, the complex orchestrations of the new Songs Cycled sound cinematic. But unlike his other projects, this album gave the musician the opportunity to speak his mind about issues — from the greed he sees on Wall Street to his concerns about ecological disasters.

"I read about the sinking of a ship, that sank off the bay of Biscay," he says. "This article about eco-catastrophe was on page 18 of the L.A. Times. I thought there was something really wrong with this picture."

Parks realizes there may not be much of a market for music with this sort of political agenda these days. But he says the need for such songs may be even greater now than when he first started making albums in the '60s.

"It's time to question authority like never before. And so I think that it's okay to have elements of anarchy in work," he says. "I have that in my work. And it makes it dense with thought. I can't help it."