Accessibility links
In 'The Panopticon,' They're Always Watching Jenni Fagan's debut novel, The Panopticon, is a creepy and troubled portrait of a girl lost in the system. The plot is loosely based on Fagan's experience growing up in foster care. 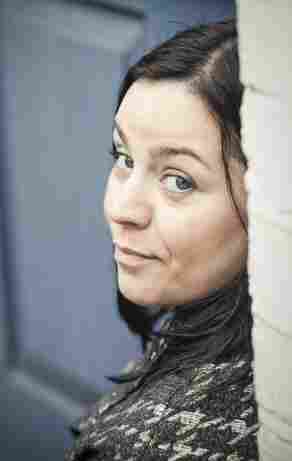 During the 19th century, a panopticon was a prison or asylum with an all-seeing eye. Some of the C-shaped prisons with central watchtowers still stand in the U.S. and Europe.

Jenni Fagan's new book borrows the panopticon idea as the setting for a gritty, often poetic, novel. The story is based loosely on Fagan's own experience growing up in the Scottish foster care system for 16 years.

The book's 15-year-old heroine, Anais, has been sent to a panopticon prison that has been converted into a facility for young repeat offenders. Her crime is allegedly assaulting a police officer, but we don't know if Anais actually committed the crime, and neither does she.

Anais is lost in the system. She never met her parents, her foster mother was brutally murdered, and Anais has led a troubled, often violent, life. Unsure of who she is or where she belongs, Anais is, at least at first, incapable of trusting a world that has so often let her down. But as the story progresses, we see Anais grow and mature, and it seems there might be hope for her.

On the origins of Anais' name

"The book is a fictional novel, but it's partly inspired by my own upbringing and I had several different names, one of which was Anne. So at the beginning of the book Anais is called Anais and that's the name that she's been given by an adoptive parent. And she takes her own name at the end of the book and it was a very loose nod to a me that never happened, in a way."

"A panopticon itself is a building that's in the shape of a C and in the middle of the C shape there's one watchtower. And from that watchtower you can see into every cell or every room. So these were originally used as experimental mental health facilities or experimental prison systems. And a lot of the time in the U.K., certainly when I was in care, they'd make children's homes in old buildings that weren't being used, so the idea of the panopticon is that this care home has been put in an old panopticon."

On Fagan's own experience in foster care

"There's certain elements of this book that do resonate with my upbringing quite strongly and I was able to authenticate the book because of that. I don't think I would have been able write it in the same way if I hadn't grown up in the care system for 16 years. Well, I'm 35 now and I've moved about 32 times, and a lot of that was before the age of 16, and it was very, very, very dislocating."

Read an excerpt of The Panopticon