Accessibility links
How Americans Said No To Cocaine After Years-Long Addiction The drug war was in full swing in the '80s, and cocaine was practically everywhere. But use of the drug has fallen by almost half since 2006, and production is also down significantly. How did the U.S. kick the habit? Experts say cocaine has lost its luster — oh and policy may have made a difference, too. 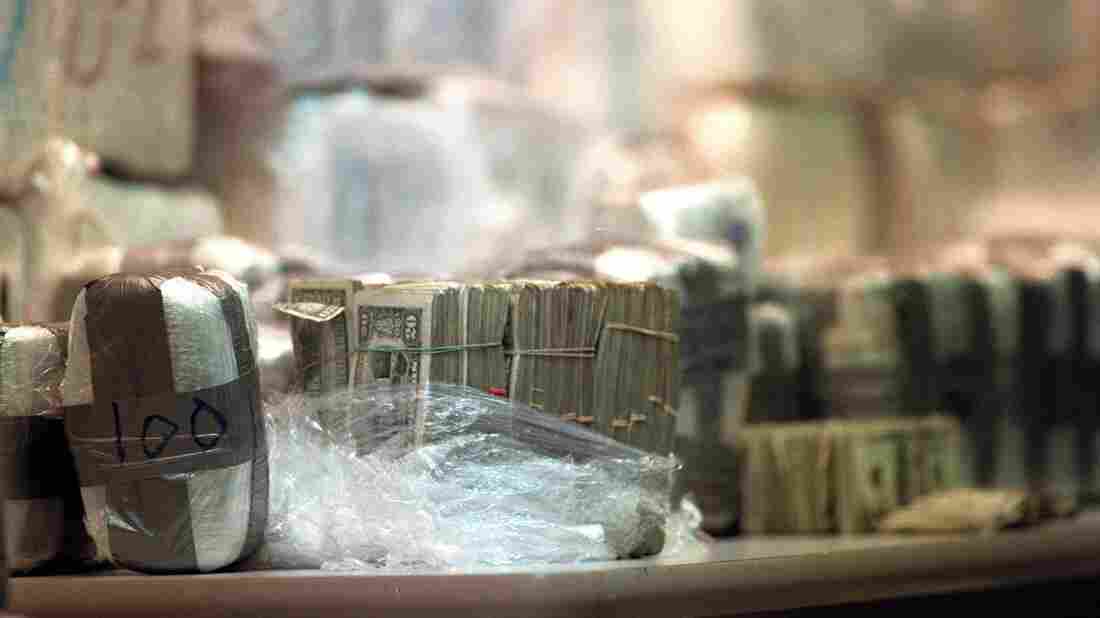 Narcotics officers in New York seized 3,586 pounds of cocaine and $1.3 million seized in 1997. Cocaine use in the U.S. has dropped by almost half since 2006. Gino Dominico/AP hide caption 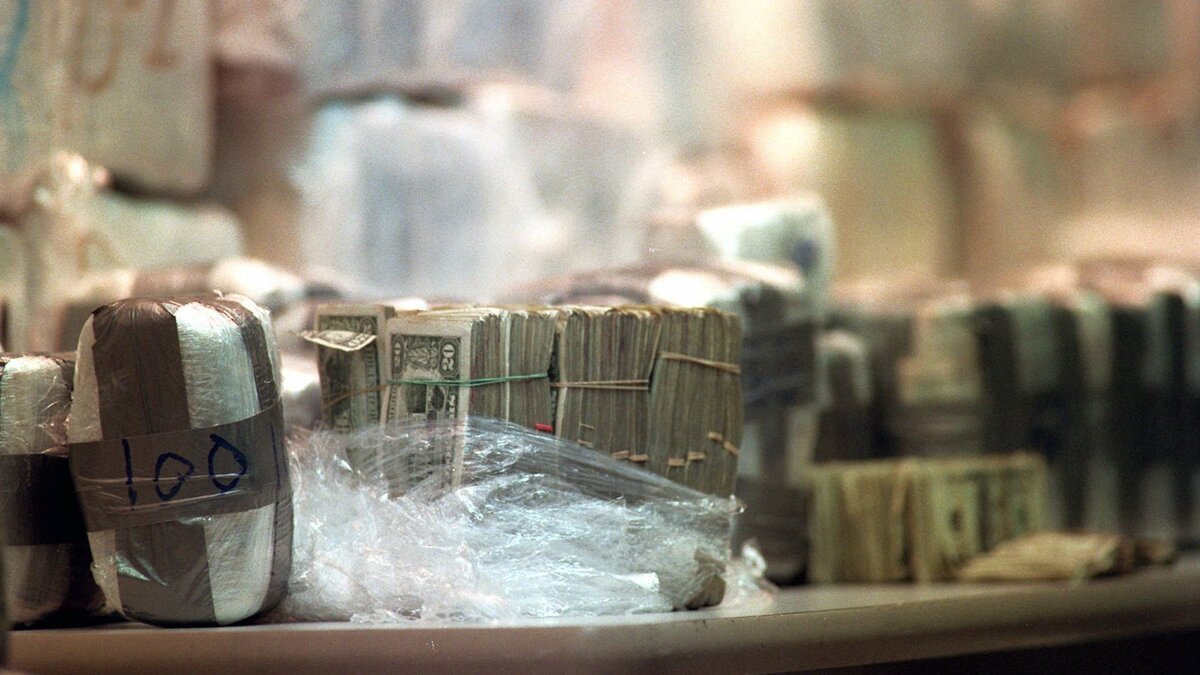 In the 1980s, if you moved in certain circles — or picked up the newspaper — a certain white powder was everywhere, common as dust.

So how did Americans ultimately say no to cocaine? The answers go beyond individual users, ranging from a passing trend to international policies.

In the '80s, when President Ronald Reagan was waging a war on drugs, cocaine — and its derivative, crack — ravaged the nation's inner cities. Meanwhile, the powder version of the drug reached a different demographic.

"The ethos in fashionable Manhattan was that you worked hard all day and you stayed up and partied all night," says author Jay McInerney, "and cocaine seemed to facilitate that kind of approach to life."

"In the space of a few years, cocaine went from being something that was surreptitiously snorted off of toilet stalls in these kind of grimy clubs to something that was being done on table tops in chic restaurants by investment bankers," he tells Jacki Lyden, host of weekends on All Things Considered.

So what happened? Peter Reuter, a longtime researcher of drug problems in the U.S., says the passage of time played a role.

"The drug went out of vogue a long time ago," says Reuter, a professor of public policy at the University of Maryland. "Lots of people experiment with it, but very few of the people that experiment with it in the last 20 years have gone on to become regular users of it."

However, he says, whether cocaine use was simply a passing fad may very well "depend on your vantage point."

The Plan In Colombia

Daniel Mejia credits policies implemented in Colombia after 2008. Mejia is the director of the Research Center on Drugs and Security at the Universidad de los Andes in Bogota.

For decades, Colombia was the front line of the American war on drugs. Even in 2000, Colombia grew 74 percent of the world's coca leaves, according to a 2005 United Nations report.

Despite pumping billions of dollars into the country to root out cartels and the crops used to make the drug, it wasn't until 2008 when a new defense minister — who is now Colombia's president — came to office and changed the strategy.

Juan Manuel Santos Calderon's approach moved away from attacking the coca crops, Mejia says, and instead emphasized drug seizures and targeting the labs and processing facilities that turned coca leaves into cocaine.

"And that created a huge supply shock from Colombia," he says. With a drop in cocaine supply, prices for the drug in the U.S. shot up, which Mejia says likely had an impact on consumption.

The strategy was a departure from a U.S. effort called Plan Colombia, a multibillion-dollar partnership to stabilize the South American country and, in turn, reduce the supply of cocaine. In Colombia, the results were mixed.

The homicides and kidnappings dropped in just a few years, he says. "Everything you look at in Colombia in terms of security, everything has improved."

As an anti-drug strategy, however, it was not effective initially.

"The cooperation between Colombia and the U.S. has worked in some dimensions, but it has been extremely costly as well," Mejia says.

He says a debate is starting to take place in the region and in the U.S. about finding "more effective and less costly alternatives to the war on drugs."

In the U.S., drug czar Gil Kerlikowske also credits the shrinking supply from South America for the drop in cocaine use here. The Office of National Drug Control Policy reported July 9 that there has been about a 40 percent drop in cocaine production capacity in the Andes since 2001.

In addition, he says, "the appetite for cocaine in this country has fallen."

"There is just a strong understanding about the dangers of cocaine, and that's particularly true in the African-American community, which was very much devastated by crack cocaine," he says.

Kerlikowske says there isn't one drug that appears to replace cocaine's dominance. "The research really does not support people leaving cocaine and going to another drug," he says.

Over the past four years, Kerlikowske says, drug enforcement has changed "not only rapidly, but dramatically." It has more of a public health focus, he says, with collaborations across agencies and levels of government.

Cocaine is still very much a concern, but Kerlikowske says it's difficult to rank drugs in order of priority.

"I mean, when we look at prescription drugs and the number of deaths that are occurring, those are greater than the deaths from cocaine and heroin combined," he says.