Accessibility links
The Lone Bellow, Live In Concert Formed as a creative outlet for singer Zach Williams as his wife recovered from an accident that nearly paralyzed her, The Lone Bellow performs with a sense of necessity. 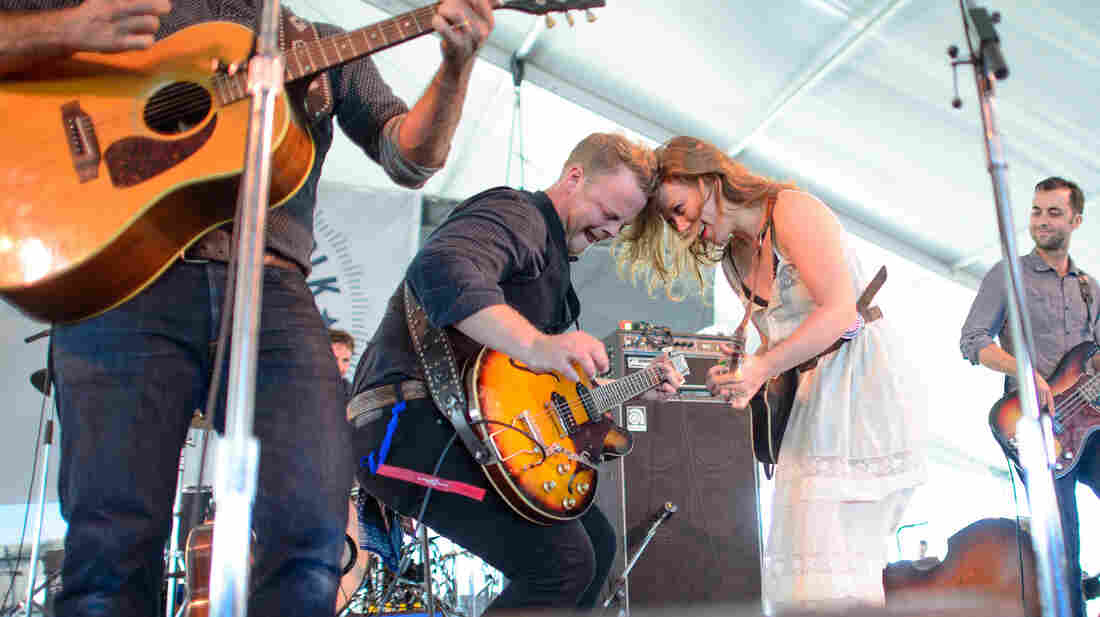 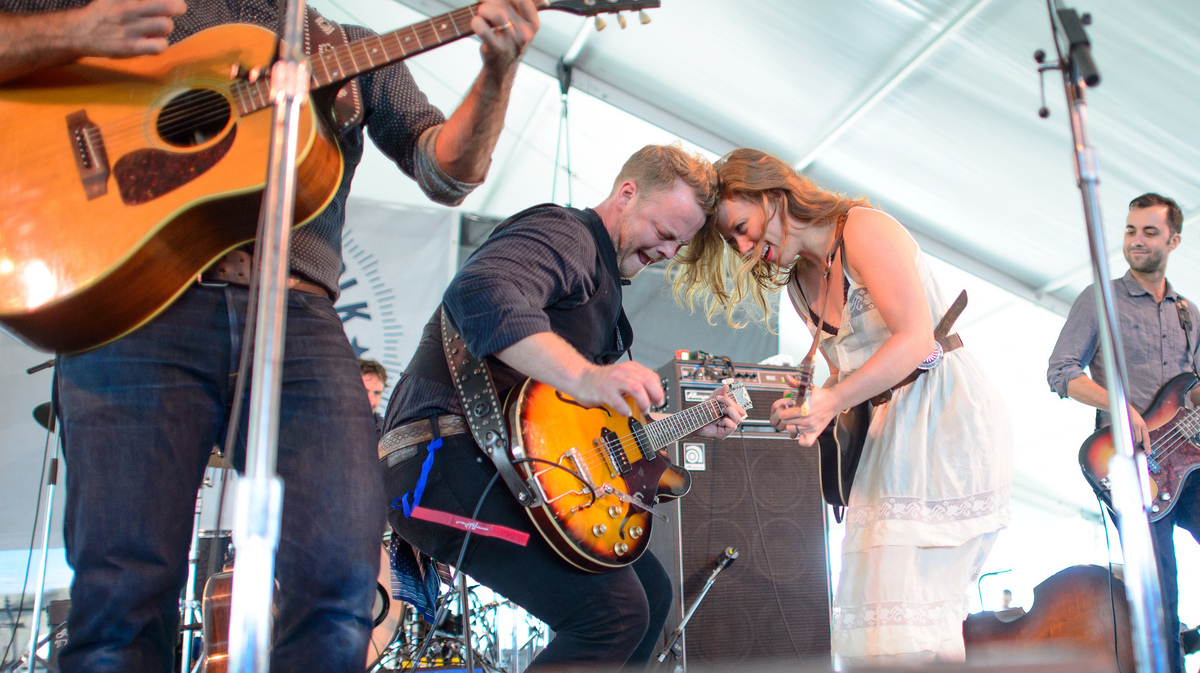 The Lone Bellow performs at the 2013 Newport Folk Festival.

Rising Brooklyn folk-pop band The Lone Bellow infuses its songs with charm, radiant hooks and intense emotions. Formed as a creative outlet for singer Zach Williams as his wife recovered from an accident that nearly paralyzed her, The Lone Bellow performs with a sense of necessity; given the circumstances, it's no surprise that the group so often reflects on redemption in memorable ways.

The Lone Bellow's self-titled debut was produced by Charlie Peacock, who helped make a hit of another commercially accessible band with male-female vocals, The Civil Wars. Don't be surprised if the trio follows in that duo's path to greater success. Hear The Lone Bellow perform as part of the 2013 Newport Folk Festival, recorded live on Saturday, July 27 in Newport, R.I.