Accessibility links
Conservationists Call For Quiet: The Ocean Is Too Loud! Man-made noises are making it difficult for creatures to hear each other in the ocean. Michael Jasny, in charge of marine mammal protection the Natural Resource Defense Council, says we have to quiet down. His and other conservation groups are making their case, seeking ways to turn down the volume. 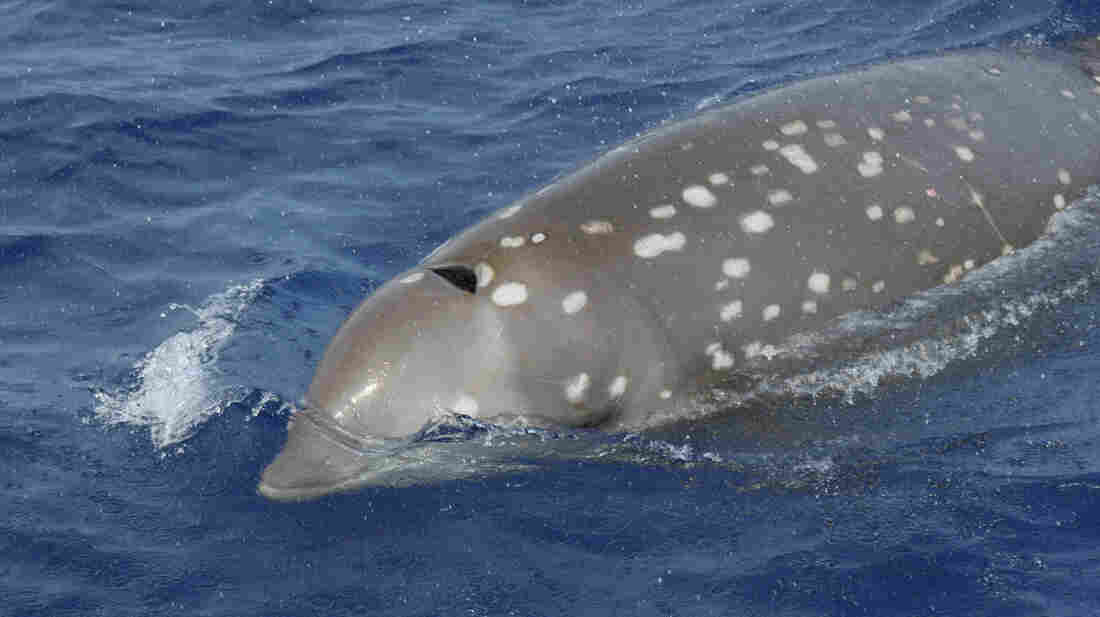 The beaked whale is one of the most vulnerable of all whale species to underwater noise pollution. Robin Baird/Cascadia Research hide caption 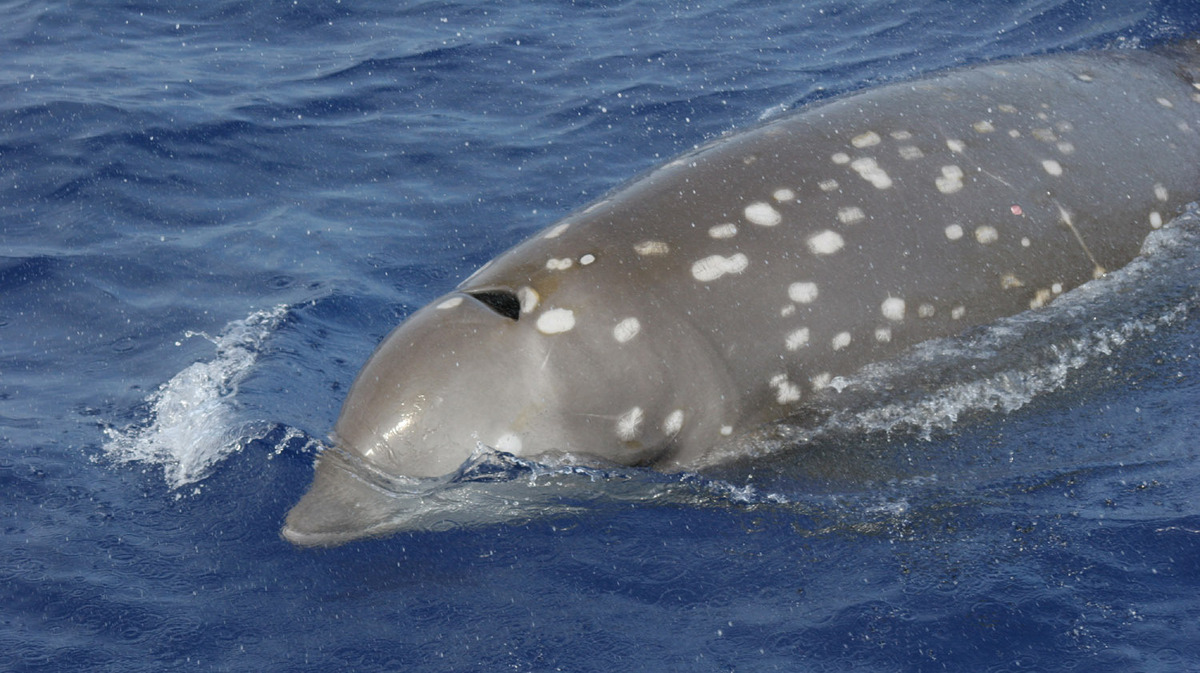 The beaked whale is one of the most vulnerable of all whale species to underwater noise pollution.

Just about everything that we do in the water makes noise. When we ship goods from country to country, when we explore for oil and gas and minerals, when the military trains with explosives or intense sonar systems — the noise travels.

But these man-made noises are making it impossible for sea creatures to communicate with themselves, something that is integral to their survival. Michael Jasny, the director of the Marine Mammal Protection Project for the Natural Resources Defense Council, says we have to quiet down.

The Defense Council and other conservation groups reached an agreement with a number of oil and gas companies in June to tackle one aspect of this potentially dangerous cacophony.

Jasny is reminded of an old English science-fiction story in which the people of the world wake up one morning to find that they're all blind. "That's what we're doing to whales and other animals in the sea," Jasny tells NPR's Jacki Lyden. "We haven't blinded them completely, but we've diminished their sight, we've made it much harder for them to live in their world." 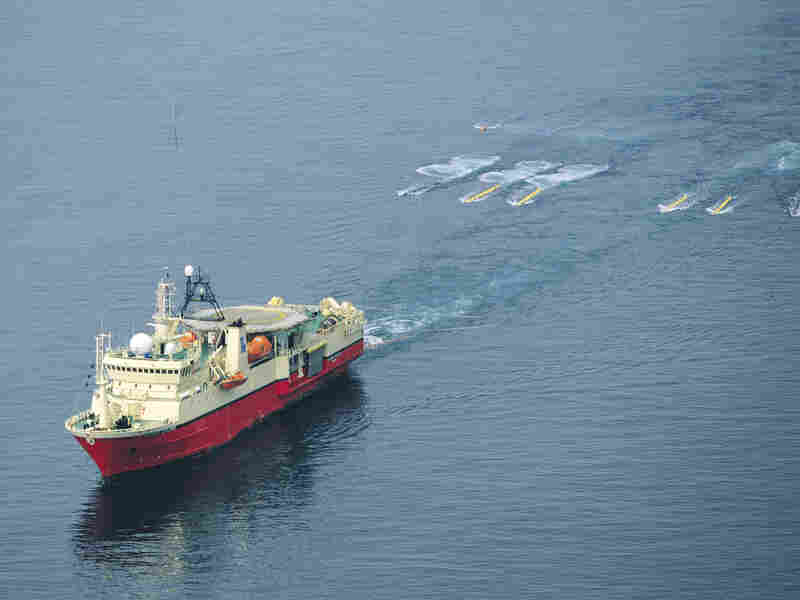 An industry vessel tows a seismic air gun array. The guns, which help with oil exploration, are one of the biggest culprits of underwater noise. Petroleum Geo-Services hide caption

It wasn't always this way. Jasny says there was a time when a blue whale calling off the coast of Massachusetts could be heard by other blue whales straight across the Atlantic Ocean.

But ever since the advent of the propeller engine 150 years ago, that's changed. The noise put into the sea has kept growing.

One of the biggest culprits of underwater noise is the technique used to prospect for oil and gas offshore. Companies use high-volume air guns that are so loud, you can see the water rise and fall when the guns go off.

Effect Of An Air Gun Underwater

"Imagine someone setting off a sound like dynamite in your neighborhood, again and again and again, every 10 to 12 seconds, for weeks and months," Jasny says. "This is what we are forcing whales and dolphins to live with."

The settlement reached in June, which Jasny wrote about in The Christian Science Monitor, requires the industry to take several steps to reduce the noise around whale and dolphin habitat in the Gulf of Mexico, and use less invasive forms of exploration.