Accessibility links
'Coming Clean' About Growing Up In A Hoarding Household Kimberly Rae Miller grew up among piles of junk. Doors wouldn't close, stacks of paper turned to sludge, and the pool was filled with muck; her father was an extreme hoarder. In her new memoir, Coming Clean, Miller writes candidly about the chaos in her home. 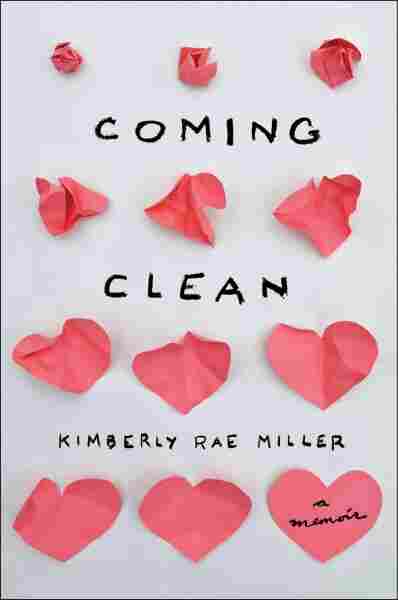 Kimberly Rae Miller grew up among piles of junk. Doors wouldn't close, stacks of paper turned to sludge, and the pool was filled with brown muck. Her father was an extreme hoarder, a condition that threatened her safety and even her life.

In her new memoir, Coming Clean, Miller writes candidly about the chaos in her home: "Between my father's love of paper (and just about everything else he could get his hands on) and my mother's depression-fueled shopping, our house had started to resemble the remnants at the bottom of a garbage can. Soggy junk filled our living space. When I was 14, the boiler broke in the middle of winter, but we could never allow a repairman into our mess, and so we lived without heat, without showers."

In an interview with Tell Me More host Michel Martin, Miller discusses her book, and how she coped.

On a stranger living amid the mess

"When I was 18, my parents abandoned their home and moved to an apartment. And they sold it 'as is.' So the company that bought it, bought it at a very, very discounted price for what the property was worth under the guise that they needed to do the cleaning themselves. And they reported back to my mom that in the attic they had found someone's clothing, hundreds of beer cans, a cot — somebody had been living in our attic."

On why people hoard

"From the research that I've done, many hoarders start hoarding as a form of connecting to other people. And so when they see something that reminds them of someone they love, they hold on to it. If it reminds them of a way they felt good, or a positive memory in their life, they hold on to it. A lot of hoarders are incredibly intelligent people, and they're able to see things in ordinary objects that we wouldn't necessarily see. And so, getting rid of those items is incredibly hard for them."

On the worst part of living in a hoarding household

"I think in the end, all of it culminated in this innate feeling of shame because where I came from was something to be ashamed of, and it's nothing I could share with anyone. And that definitely affected me throughout my life, of feeling I am not worthy of being noticed, and that it was important for me to hide."

On watching herself for signs of hoarding

"It's a constant fear in my life. ... My mom always jokes that I'm going to end up throwing my children away 'cause I can't stand having junk around. ... It's absolutely a fear, and a lot of times hoarding is triggered in people who don't show those signs by a trauma, and the hoarding turns on, so to speak. And I'm always afraid that I'm like one trauma away from becoming a hoarder."