Accessibility links
Fresh Air Remembers Former Louisiana Congresswoman Lindy Boggs Boggs moved to Washington in 1941, when her husband was elected to Congress. After his plane disappeared on a campaign trip through Alaska, she ran for his seat and won, becoming the first woman elected to Congress from her state. 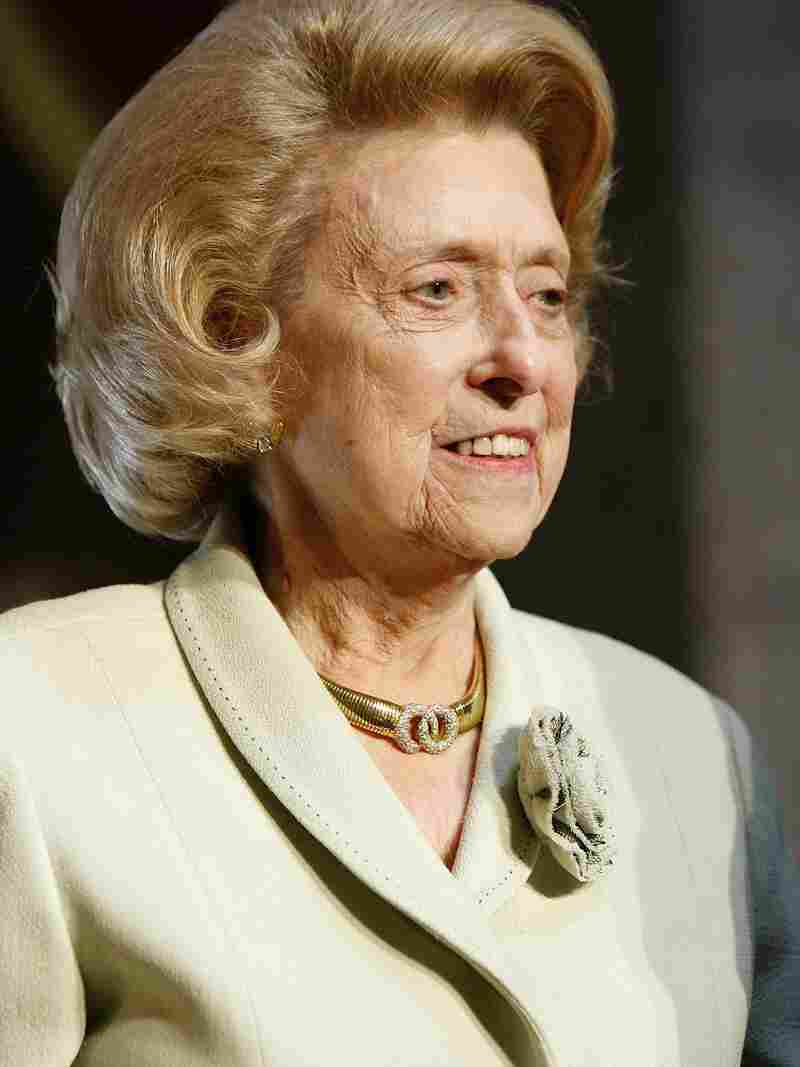 Lindy Boggs, the former congresswoman from Louisiana, died Saturday at the age of 97. Boggs came to Washington in 1941, the year her husband, Hale Boggs, began his first term as a Democratic congressman from Louisiana. She was 24 years old.

In 1972, on a campaign trip through Alaska, Hale Boggs' plane disappeared, never to be found. Lindy Boggs ran for her late husband's seat and won, becoming the first woman elected to Congress from her state. She remained in Congress through 1990. In 1997, President Clinton appointed her ambassador to the Vatican.

Politics was also central to her children's lives. Daughter Cokie Roberts became famous as NPR's congressional correspondent and as an ABC commentator. Boggs' late daughter, Barbara Boggs Sigmund, was the mayor of Princeton, N.J., and son Tommy Boggs became an influential lobbyist. Fresh Air's Terry Gross spoke with Lindy Boggs in 1994, after the publication of her memoir, Washington Through a Purple Veil.

Previous audio and Web versions of this story incorrectly said Hale Boggs died 21 years after he was first elected to Congress. It was actually 31 years after he began serving his first term (he was elected in 1940 and took office in 1941).