Accessibility links
For Some Mammals It's One Love, But Reasons Still Unclear Scientists are squaring off yet again on the question of why some mammals are monogamous. A new paper argues that monogamy is most likely the result of males trying to protect their youngsters from murderous rivals. A second study says monogamy in mammals evolved in species where females were scattered about. 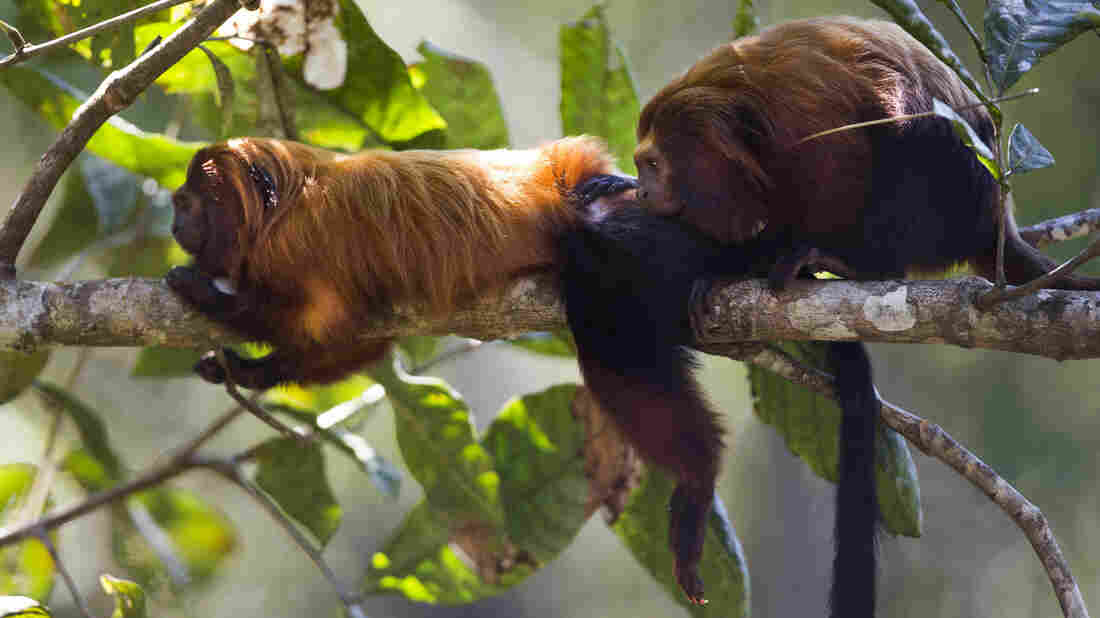 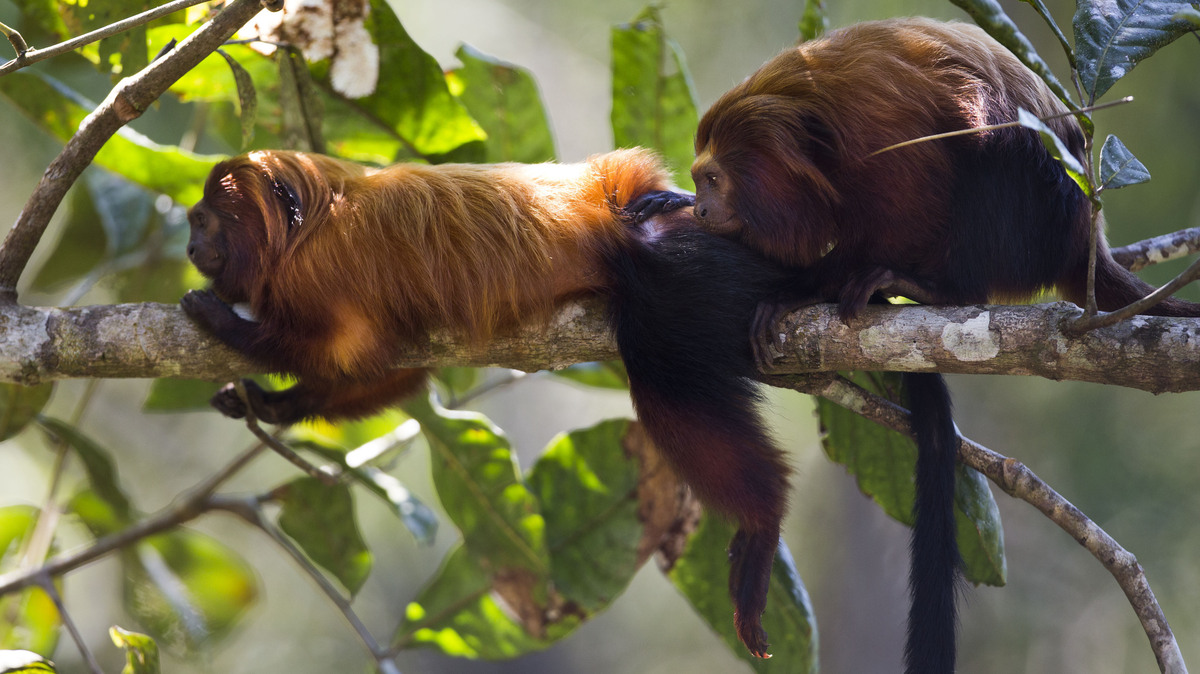 Golden lion tamarins are one species that are largely monogamous.

Fewer than 10 percent of all mammal species are monogamous. In fact, biologists have long disagreed over why monogamy exists at all. That's the subject of two studies published this week — and they come to different conclusions.

Animals that leave the most offspring win the race to spread their genes and to perpetuate their lineage. So for most mammals, males have a simple strategy: Mate with as many females as possible.

"Monogamy is a problem," says Dieter Lukas, a biologist at Cambridge University. "Why should a male keep to one female?"

Over the years, there have been three main hypotheses: One is that a male-female couple does a better job raising their offspring and assuring their survival. A second idea is that males hang around their mates to fend off other males, who would otherwise kill their offspring.

But Lukas has published evidence that this is all due to how certain female mammals have adapted to food scarcity. They tend to become solitary and scattered. That means males can't tend to more than one female at a time, and so they become monogamous.

Lukas studied the mammalian family tree for more than 2,000 species and found that in almost every case, monogamy arose from these unusual conditions. For example, he sees it in wolves and in beavers, as well as in solitary primates such as certain tamarin species.

He didn't find monogamy, though, in large herbivores, which move together in herds, or highly social species like the great apes.

Lukas and his mentor hoped that they'd finally solved a major biological mystery with their new analysis of the mammalian family tree. But as it happens, a second team of scientists using somewhat different genetic techniques reached a different conclusion.

This second answer only applies to a subset of mammals — the primates. That includes humans. Christopher "Kit" Opie at University College, London, argues that monogamy starts with a special anatomical feature: Primates have large brains.

As a result, primates breast-feed for a long time. And while females are breast-feeding, they aren't fertile.

"A rival male can speed up her return to ovulation by killing the infant, and then has a chance of mating himself," Opie says.

So he and his colleagues tested the idea that monogamy evolved in primates as a way for males to protect their offspring. Their genetic analysis found that to be the most plausible explanation. It's published in the Proceedings of the National Academy of Sciences.

"We are confident of our results, and we think it far more plausible, too, amongst primates," he says.

The two groups weren't aware of their conflicting results until the two research papers came out this week. They do hope to sort out the discrepancy.

Of course, one reason we care about monogamy is the human context. But scientists tread very gently around that topic.

"We are cautious of really extending from this to making any very definite statement about the evolution of human breeding systems," says Tim Clutton-Brock, who collaborated with Lukas.

Clutton-Brock says humans share the evolutionary history of the apes, which are not monogamous. But our behavior is driven by culture as well as biology. So it's not a big surprise that there are harems as well as single-family homes in different parts of the world.