Accessibility links
The Never-Ending Story: Why They're Not Getting Out From Under That Dome Stories have a natural ending, but business ventures do not. As networks invest in high-concept series, can they keep from frustrating audiences?

The Never-Ending Story: Why They're Not Getting Out From Under That Dome

The Never-Ending Story: Why They're Not Getting Out From Under That Dome 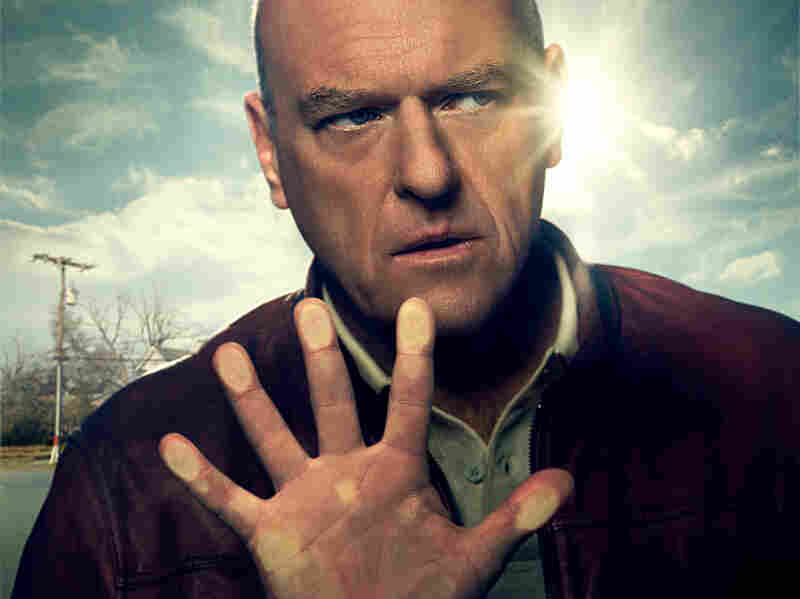 Dean Norris, still under that dome. And there for a while. Kharen Hill/CBS hide caption 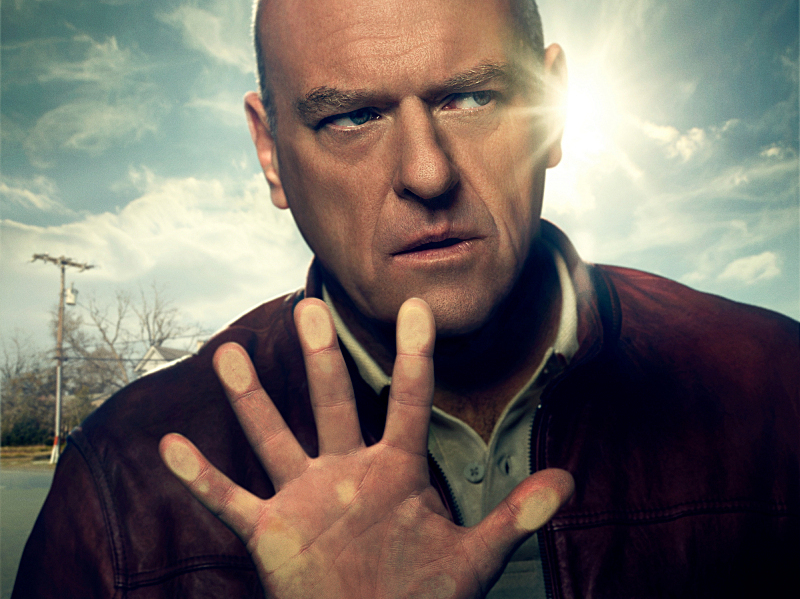 Dean Norris, still under that dome. And there for a while.

Bad news for the fictional characters trapped under the dome in the CBS summer series Under The Dome: Your show was renewed. The dome isn't going to lift. And no less than Les Moonves, the president and CEO of the CBS corporation, says that's just fine.

"Why can't they be under the dome for a long period of time? This is television!"

[Incidentally, this is an important distinction between the marketing approaches of broadcast and cable – premium cable, at least. People in premium cable typically do not jovially say "This is television!" when asked about things that seem silly. That doesn't mean they don't think it, and it doesn't mean they don't do it, but they don't say it. Moonves is a guy who proudly calls Under The Dome a "soap opera," compares it to classic Dallas, and sees all of that as positive.]

Call it The Killing curse, the Lost burn, call it what you will – critics at this year's press tour are again asking a lot of questions about shows that begin with a big, high-concept premise, but threaten to never resolve it. Consider this: one of the shows with the best buzz of this tour is Broadchurch, an eight-part drama that's already aired (to great acclaim) in the UK and comes to BBC America on August 7. It is many things, but it is in part a murder mystery, and that part of the question is answered within those eight (marvelous) episodes. They intend to do another series – though even the actors told us they're not sure how or what form it will take – but those eight episodes, rich as they are with other stories, begin with a question and conclude with an answer.

British television is more at peace with this sort of thing. Things don't go on forever; the idea is not necessarily to get to a 100th episode. They often do things in bunches of six or eight episodes, not 22. American cable has long been using a 13-episode season, and sometimes broadcast does, too – that's part of what "limited series" means. The Brits have their soaps, of course, and Doctor Who has been on for 50 years. But we have a higher level of confidence that if they give you a murder mystery with eight episodes, you'll get resolution.

The producers of the CBS drama Hostages faced this question, too. In the pilot – and this is nothing that isn't in the promotional material – Toni Collette plays a doctor whose family is taken hostage by Dylan McDermott and his band of bad guys, who tell her that she must kill the president while performing scheduled surgery on him, or else he will kill the family. Although it bears a resemblance to the setup of The Mob Doctor, which didn't last on Fox last year (that was also about a doctor prevailed upon to kill or suffer consequences), Hostages has an added element of emergency, since the family is literally seen on a couch with guns pointed at them.

The producers clarified that ultimately, they'll be metaphorical hostages. "It's about how these people are held hostage to who they are, to the decisions they've made, to the situation they are in."

Of course, it must be so. Of course, they cannot be hostages in their house for the entire run of a network television show. Of course. The pragmatic critic and analyst understands that this is how it has to be, and yet, the viewer's eyes roll a bit: "Oh. Metaphorical hostages."

What they suggested about Hostages is that it will grow into a show about an ordinary family intersecting with some kind of government/criminal conspiracy. But it opens with this premise: she kills the president, or they kill her family. And unfortunately, if you watch network television, you feel confident from the beginning that neither of those things will happen. It will be Option C. And indeed, producer Jeffrey Nachmanoff told us of the Collette character that she is presented with this dilemma, but "we take her down a path, and she discovers, really, her inner hero and her ability to rise to that challenge."

If this were an HBO series, she might actually kill the president. Then you have a show, because she's in the soup at that point. But here, she's going to discover her inner hero and find a way to wriggle out of it, and that seems built into the show's DNA. Nachmanoff compared Collette's character and McDermott's to two trains set to collide, and "what's kind of fun and surprising is when you put a switcher in right before they collide, and now, we have a new problem."

Sure. Switchers like that can be fun – unexpected, complicating, "fun and surprising." But if you know there will always be a switcher, in part so that the show can go on forever, the trains no longer seem set to collide at all. For a while, people can be entertained by what switcher you choose and what it looks like. But at some point, they conclude you're working with either faulty tracks or Nerf trains, and nothing's ever going to happen.

The dome is the same. Being stuck under a dome, as a story of limited length, has a certain simple appeal. Stephen King's book is consumed with the breakdown of the social structure inside the dome, and with the very unsustainability of it. Dome life is a state of emergency, and the pressure constantly increases to get out, or to get help. To turn that around and say it can be like Northern Exposure, with continuing stories that happen to be inside a giant glass dome instead of in Alaska, makes for a very different kind of show. And that's fine – perhaps they can sell it, as Moonves says, like a soap. Like Dallas.

But when you start with an emergency as your premise, whether it's being held hostage or being under a dome, every time you slacken the tension, you risk making audiences feel cheated. It's one of the most basic ways that the business side of television, in which everything must be drained of all its blood and then often forced to stumble along, zombie-like, for a few more seasons after that, is in conflict with the creative side of television, in which every story has a baked-in pace at which it should progress.