Accessibility links
Book Review: 'The Art Of Joy' By Goliarda Sapienza : NPR Goliarda Sapienza's sprawling, posthumously published epic, The Art of Joy, follows the life of Modesta, born in Sicily on the first day of the 20th century. Reviewer Maria Russo says the book lacks editing, but that ultimately doesn't matter to a story of such "scale and seductive libertinism." 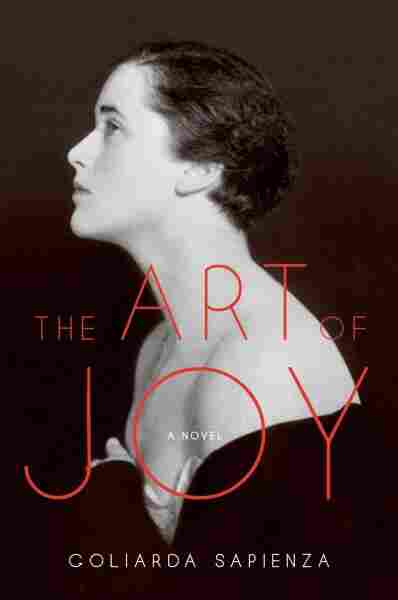 There's nothing soothing or easygoing about this massive novel, which was first published obscurely in Italy in the late 1990s. Goliarda Sapienza, a novelist and actress who worked with the likes of Pasolini and Visconti, spent more than a decade writing The Art of Joy, and on balance, she must have felt it a massive disappointment, given that no publisher wanted to go near its chaotic, handwritten blend of ambisexuality, religion, feminism, and politics. The book only (finally) saw the light of day two years after her death in 1996, when her husband financed the publishing of 1,000 copies for posterity — and it's since gone on to become a literary sensation in Europe.

It's not as if The Art of Joy was somehow waiting around for its moment. It overflows with elements that might be at home in any sweeping, epic European novel of the 20th (or any) century — a simultaneous engagement with and undermining of religion, along with fallen aristocrats, inbred grotesques, Sapphic ecstasy, complicated marriages, sudden deaths, murder, fascists and communists. It lacks for only one critical thing: editing.

Not that it ultimately matters. A 700-plus-page-turner, propulsively translated by Anne Milano Appel, The Art of Joy colonizes your attention like some rollicking, manic mashup of Lampedusa, Laurence Sterne, Dante, David Foster Wallace and Margaret Atwood. Perhaps it needed the shattered attention span of the Internet era to succeed. In the 1980s and 1990s, tightly written minimalist fiction, whittled to an often bleak perfection, ruled the day, but we now inhabit a readerly landscape in which 10-year-olds routinely ingest multivolume fantasy series while teen bloggers produce great sprawling hunks of overshare. Sapienza's Italian adventure may be just the racy, weighty tome that the age of unexpurgated information needed.

The story revs forward like a Ducati pursuing a Ph.D. in Italian studies. The preposterously named Modesta is born in Sicily on Day 1 of the 20th century: Jan. 1, 1900. Everything that happens to people living in Italy and Europe — and for that matter, planet Earth — over the course of the coming, momentous decades will happen to her. Her tale begins explosively, with quasi-incestuous rape and fire: Soon after discovering self-pleasure, she's accosted by a man claiming to be her father, who then torches her house and along with it her mother and mentally disabled sister. 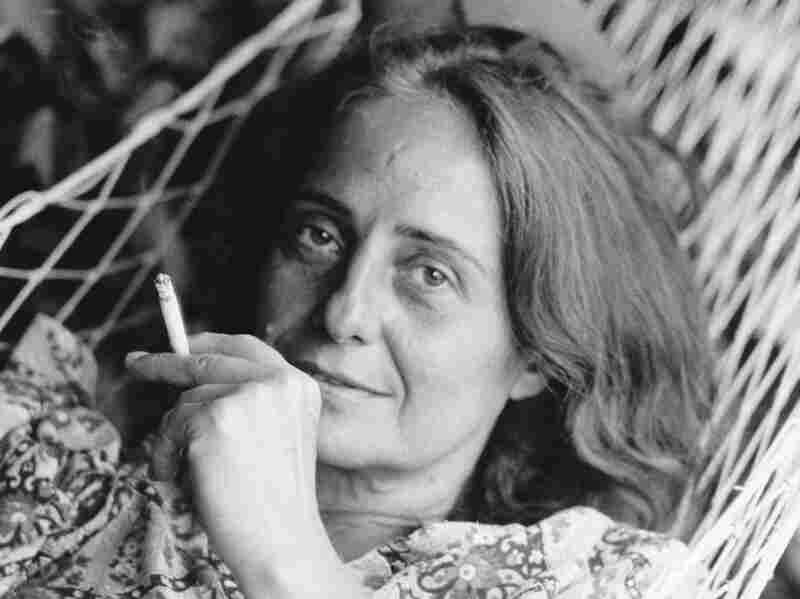 Goliarda Sapienza was an Italian actress and writer. The Art of Joy is her posthumous novel. Archivio Sapienza Pellegrino/Courtesy Farrar, Straus and Giroux hide caption 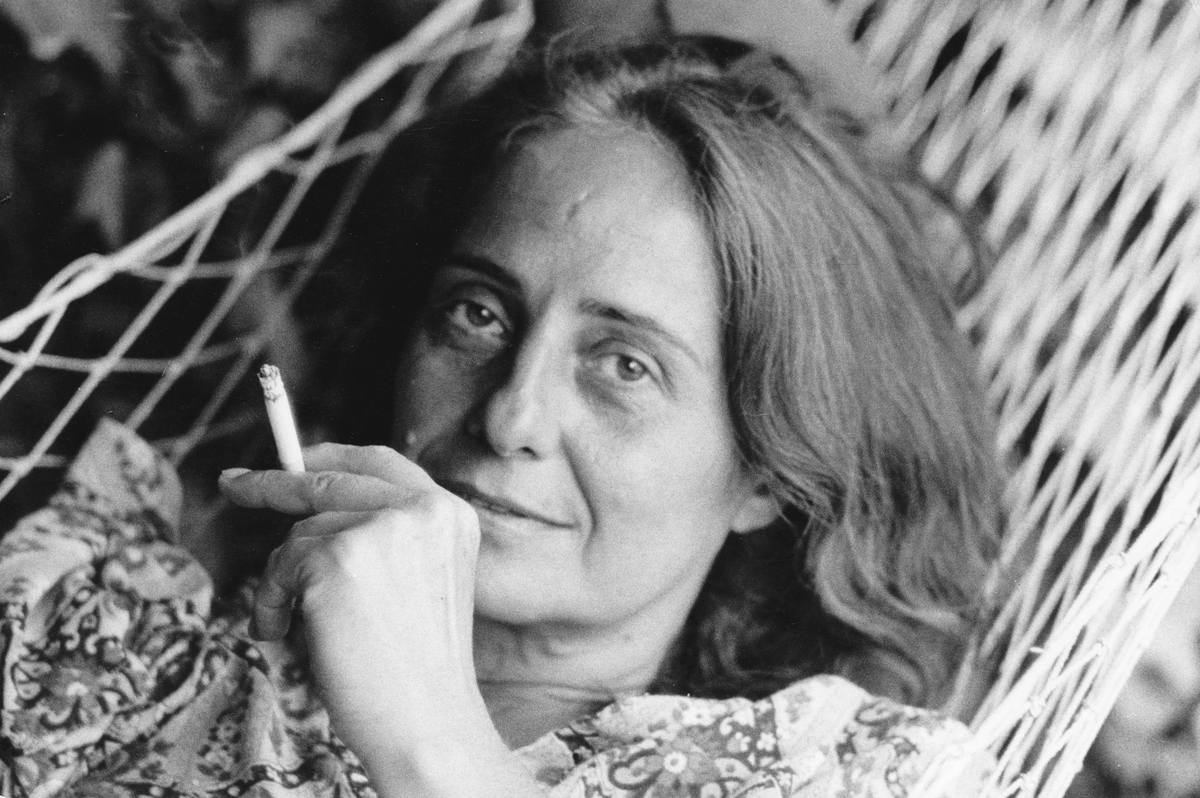 Goliarda Sapienza was an Italian actress and writer. The Art of Joy is her posthumous novel.

A twisted Sound of Music escapade follows, as the orphaned Modesta is taken into a convent, where she discovers — and revels in — the secretive, ritualistic onanism of the nunnery. Then it's on to the estate of the Brandifortis, and an ascent from poverty that will both define Modesta's destiny and provide her with the polish to defy fascism as it invades Italy. Along the way, she finds her very own Beatrice (literary reference very much intended) to satisfy her lesbian urges. Then comes a husband to solidify her social rank and empower her subsequent political independence.

Sapienza's prose is breathless throughout, urgent, driven forward by the twin engines of sex and history. A typically transformative interlude between Modesta and Beatrice goes like this:

"Surrendering to her, I left behind that inferno of qualms and bands and lava walls. The convent receded when I stared into her eyes. It collapsed behind me and I could see the stars again. Was that what paradise was: love?"

But the relentlessness is balanced by the compression of each chapter, a consequence of Sapienza's writing process: She composed the novel on single, folded sheets of typing paper. This keeps everything tidy and actually encourages a focus on events as they unfold through the narrator's perspective. It's a feast delivered on small plates.

The sexual boundary-breaking may be what made the novel appeal so strongly to French readers, who gobbled up a recent edition. But what makes Sapienza's ragged masterpiece uniquely Italian is the way it grapples with fascism. Italian artists — and particularly the dramatists and directors with whom Sapienza worked — have compulsively forced themselves to examine their country and their culture's disturbing embrace of Mussolini and the midcentury jackboot. How did it come to be, exactly, that the nations that produced la dolce vita and Mein Kampf joined forces? Sapienza didn't live to see the full, corrupted flowering of Berlusconi's Italy, but she no doubt would have recognized it as one more remnant of all that, a sign of some ongoing submission to an authoritarian undertow.

Sapienza's verdict is pretty clear: Resistance is the only moral option. That resistance can take many forms, with sexual liberation in the face of crude patriarchy just one of them. This resistance has shaped the overarching drama of the 20th century. And it needed, perhaps, a novel of this scale and seductive libertinism to tell its story.

Maria Russo is the editor-in-chief of Pasadena Magazine and a frequent contributor to the New York Times Book Review.

Read an excerpt of The Art of Joy