Accessibility links
Lady In Black: 'Burka Avenger' Fights For Pakistan's Girls Burka Avenger is a new Pakistani kids' show about a mild-mannered teacher who moonlights as a burqa-clad superhero. The show aims to empower and educate children, especially young girls — but has drawn criticism from feminists for its use of the burqa. 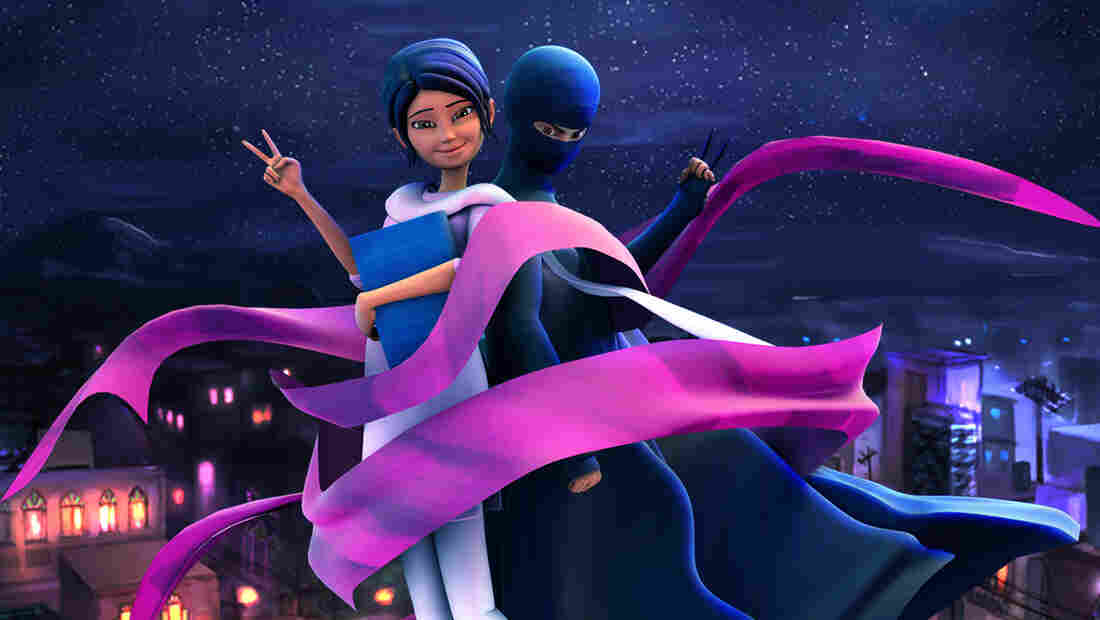 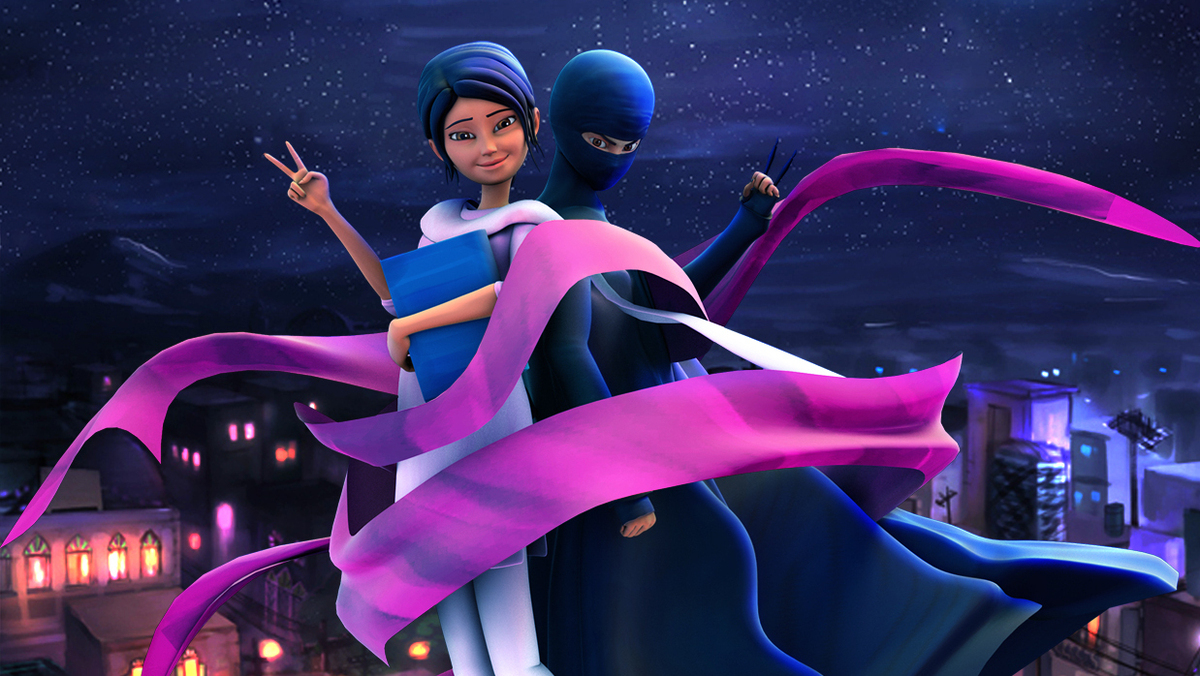 Mild-mannered teacher by day, masked superhero by night, the Burka Avenger fights corruption and oppression, and aims to empower the girls of Pakistan.

A caped crusader is on the loose in the mountains of Pakistan, but she's not your traditional superhero. The Burka Avenger wears a flowing black veil — only her brown eyes are visible — as she fights corrupt politicians and religious zealots. Her weapons of choice: pens and books.

Burka Avenger, which made its debut on Pakistani TV this week, aims to empower young women in a country where attacks on girls' schools and repression of women remain enduring problems. It's the brainchild of Pakistani entrepreneur and pop star Haroon Rashid, who tells NPR's Audie Cornish that he was inspired by current events in Pakistan. "I thought of an idea of sort of, like, a protagonist protecting a girls' school. And that's how the idea for the Burka Avenger developed."

On the Avenger's secret identity

"She is a schoolteacher named Jiya. She is a warm, bubbly, intelligent young woman who's concerned about education, and concerned about the city and the people of Halwapur [the fictional city where the show is set]. ... And then of course, to fight the bad guys, and to hide her identity the way superheroes do, she puts on the burqa. And it's a really cool, sleek burqa, and she can leap off buildings and glide from, almost like a flying squirrel ... and she only fights with pens and books, because I wanted a nonviolent message. Her message is, 'Justice, Peace and Education for All.' "

On feminist criticism of the Avenger's costume

"We chose the burqa because of course we wanted to hide her identity the way superheroes do. She doesn't wear the burqa during the day — she doesn't even wear a headscarf, or a hijab or anything like that; she goes about her business as a normal teacher would. And so she chooses to wear the burqa, she's not oppressed ... and on the other end of the spectrum, a lot of female superheroes in the West are objectified, and sort of sexualized in their costumes, like Catwoman and Wonder Woman, and that certainly would not work here.

"People know about superheroes. People know that Bruce Wayne wears the cloak and the mask and his utility belts to fight crime, but he's not going to walk around like that all day. And kids know that she is a great, strong role model."

On his hopes for the show

"There's a huge space for children's entertainment in Pakistan. There's practically no local entertainment; ... a lot of the entertainment is imported from the West; it's not relevant, socially relevant or culturally relevant, and most of it's just entertaining junk, like, let's say, Ben 10. ... They don't have any social messages, and I think it's important to have positive social messages and themes and morals. And a lot of young children who don't get the opportunity to get a great education need programming which is entertaining and yet also educational."