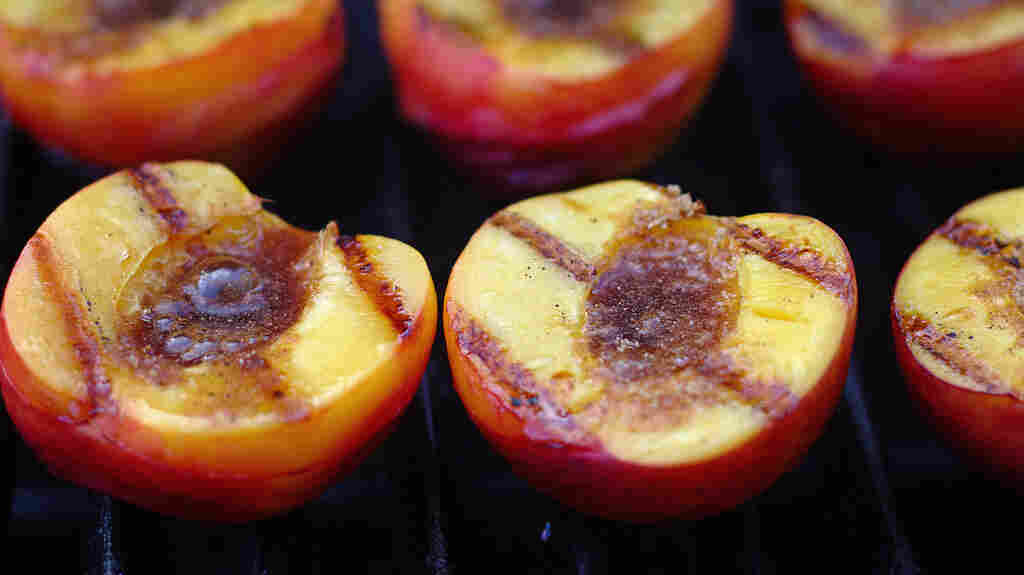 When Bridget Lancaster and Jack Bishop talk about preparing food on the public TV series America's Test Kitchen, they're really good at explaining why the recipe works. Bishop is the editorial director of the show, and Lancaster is the lead instructor of its cooking school. They've both contributed to the new America's Test Kitchen DIY Cookbook. They join Fresh Air's Terry Gross to talk about preparing summer foods, and to answer some cooking questions from the Fresh Air staff. 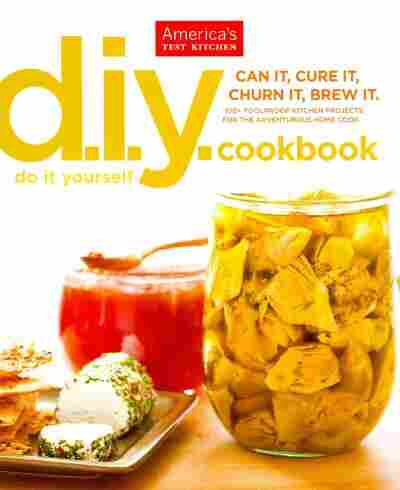 On grilling the perfect burger

Bishop: "I think that if you're going to be grilling the hamburger, one of the reasons you want to be grilling it is to get that great crust on the outside, and in order to give the grill enough time to put a crust on it, it's going to have to be a fairly thick patty. If you're starting with a really thin patty, it's going to be overcooked by the time it gets well-browned on the outside, so make it fairly thick. ... I would say 3/4 [of an] inch to an inch is about right. ...

"You're going to put a divot through the center ... because what happens is when the burger is on the grill, the muscle fibers shrink, and what is a flat patty turns into a tennis ball. You get this ... round burger that then is very difficult to put toppings on or put on a bun. So the way to prevent that is to anticipate the rounding and to put a divot in the top of it, so that means simply going around and pressing a half inch depression in the sort of center half of the top of the burger, and that will naturally puff up on the grill."

On massaging raw kale in order to soften it

Bishop: "You are basically putting the kale in the bowl, and with your hands just rubbing it. I guess what you're doing ... is you're breaking down the cellular structure very gently. You're not trying to mash it or mangle it, but you're making the leaves a little bit more tender. The outside of the leaves can be a little rough, and I think you're basically using your hands as emery boards. You're exfoliating with kale, so it seems a little bit more tender when you go to use it in a salad."

Lancaster: "And it definitely preserves its fresh flavor, so you're not cooking the kale in order to soften it." 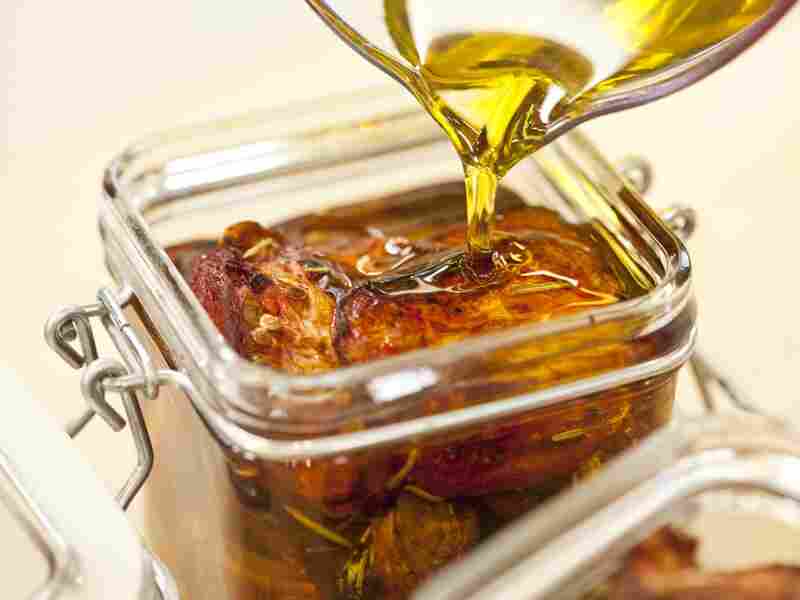 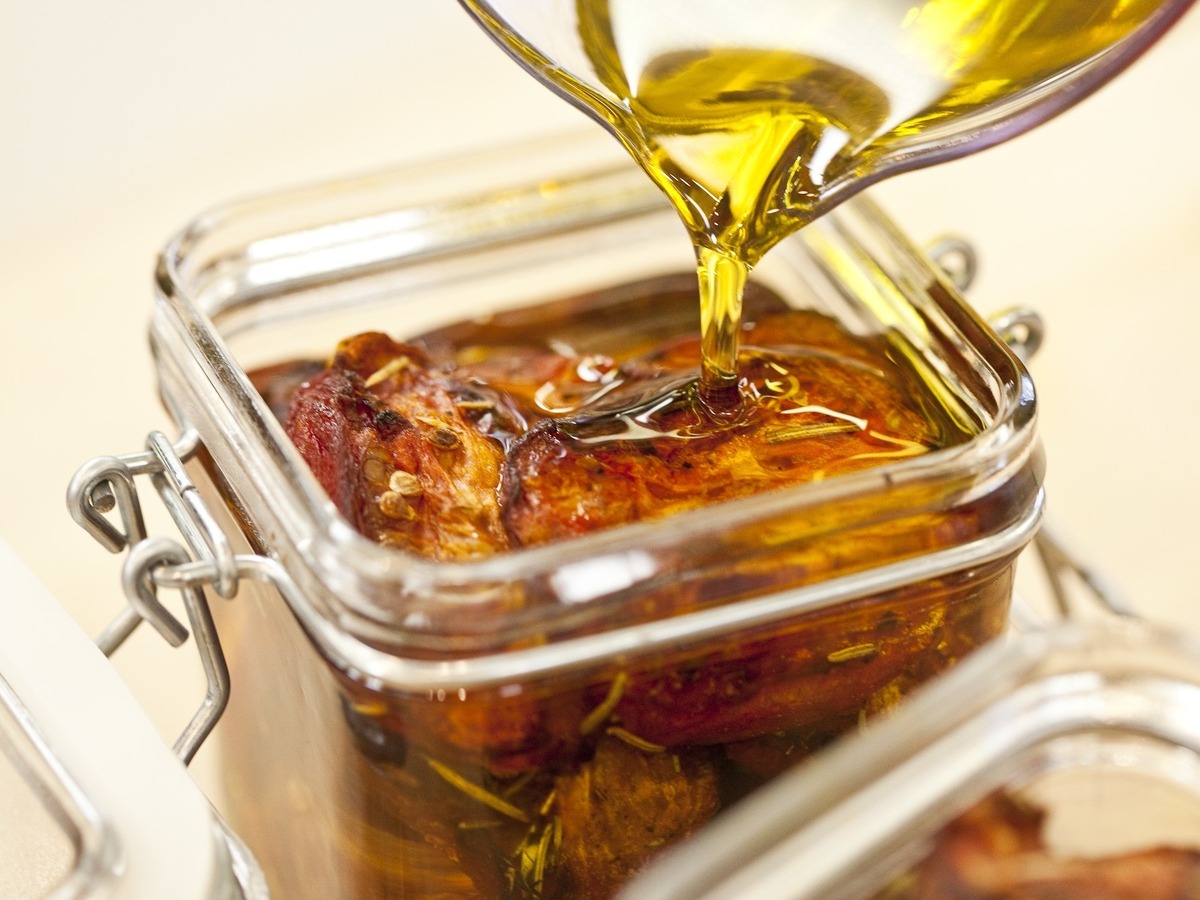 How to grill and marinate tofu

Bishop: "It's a sponge. Tofu is a lot like eggplant, and that's a good thing in the sense that it's a blank canvas that will soak up whatever flavors you want to give it. Unlike meat, where marinating can take a fair amount of time, tofu — 20 minutes is going to be enough. So basically, marinate it as long as it takes you to get the grill going. The best way to do it — don't bother trying to cut it into cubes, skewer it. ... Take extra-firm tofu, don't try to do the soft tofu. Cut it cross-wise into eight slabs. ... You're basically cutting it into little rectangular cutlets. ... Put them in a baking dish, [using] any marinade you like. I think soy always makes sense with tofu — the salt makes most things taste better. Add something a little bit sweet, maybe a little hoisin or oyster sauce; add a little oil, a little vegetable so that it won't stick. You can add some spices — five-spice powder, chipotle chilies. You want to use the strong flavors with the tofu because the reverse of it being a blank canvas is that it can be very boring, and so if you don't use strong flavors in the marinade it will be a little bit boring. This is a good time to use [an] oiled paper towel to oil down that grill grate. ... Grill them just until they're lightly charred on each side, and it's a really great way to make a quick vegan summer grill entrée."

Bishop: "Halve and pit them, brush them lightly with oil, and I think grilled peaches and pork is a natural combination. The only trick is you want to get ripe but still firm peaches. If it's a peach that's so ripe that it's going to run down your chin and neck as you're eating it, you're going to have a little trouble with it, probably, on the grill. You don't want to use the rock-hard, awful-tasting peaches, but you want to catch it right before it's soft, but when it's ripe."

The Secret To Georgian Grilled Meats? Grapevines And Lots Of Wine