Accessibility links
Movie Review - "The Spectacular Now' - A Good Girl And A Lost Boy, Looking For A Way Forward From the writers of 500 Days of Summer, The Spectacular Now examines the not-so-spectacular markers of teenhood: the awkwardness and anxiety that everyone must endure. Shailene Woodley and Miles Teller are the two lovers at the forefront of this story based on a novel by Tim Tharp. 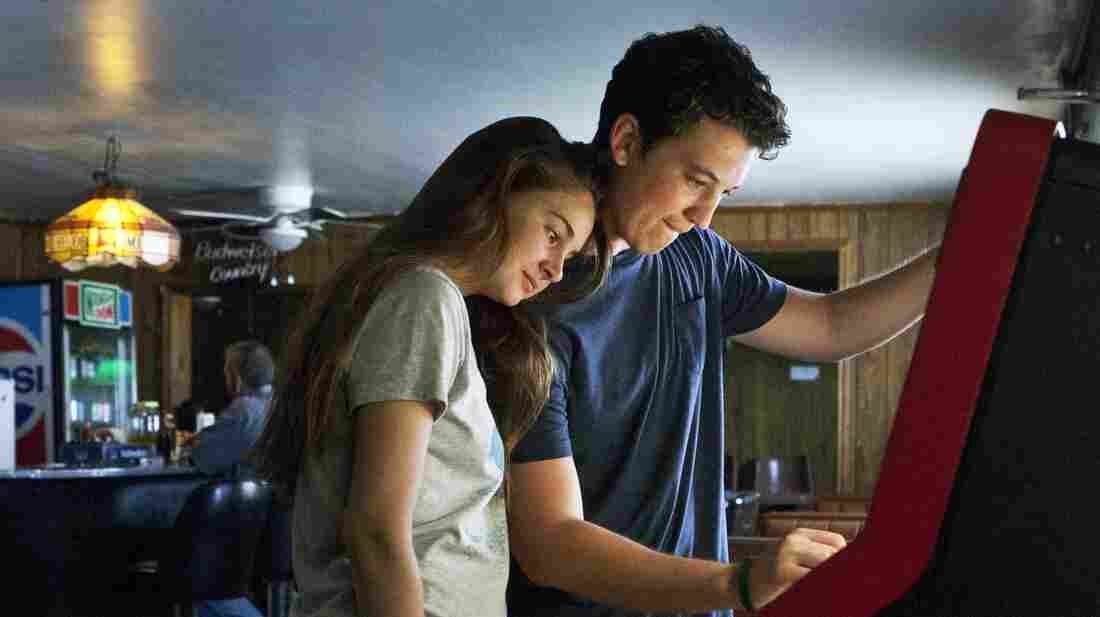 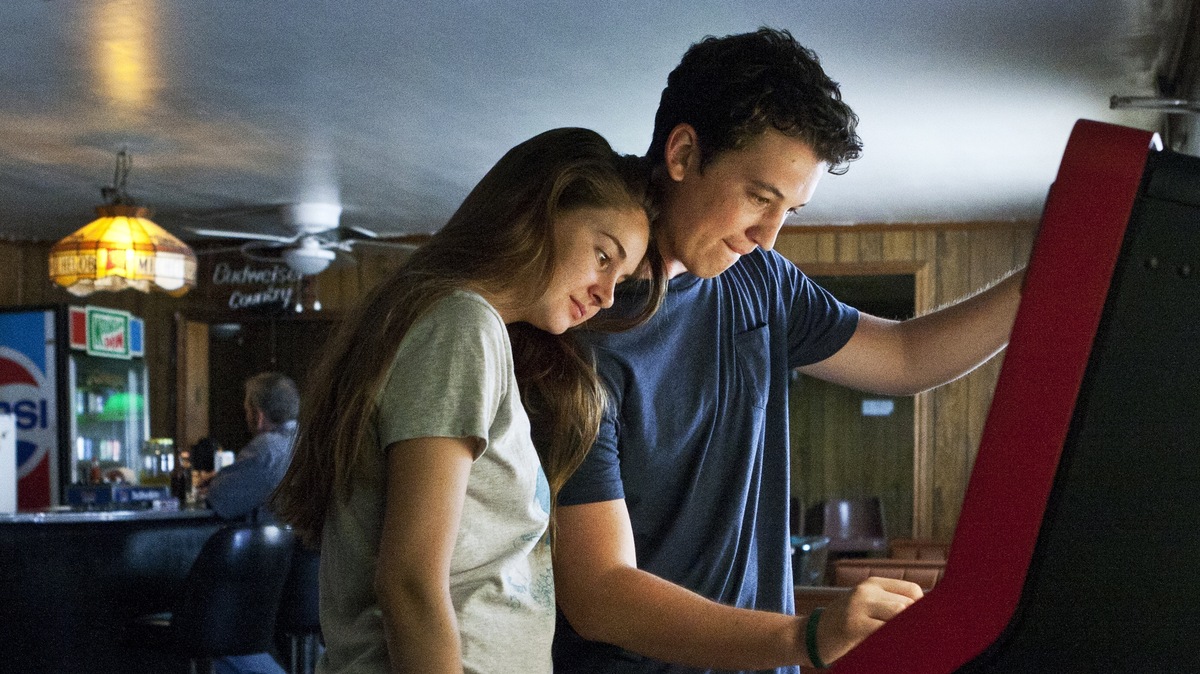 Shailene Woodley, who played George Clooney's rebellious daughter in The Descendants, turns in a splendidly calibrated performance as a soft-spoken good girl who falls hard for a high school party animal (Miles Teller) in The Spectacular Now.

Rated R for alcohol use, language and some sexuality — all involving teens

The teen romance The Spectacular Now is by turns goofy, exhilarating, and unreasonably sad — just like being a teenager.

It centers on a fast-talking, hard-drinking high school party animal named Sutter Keely, who boasts of living for today and in the now — instead of, say, studying — and how he takes up with a girl named Aimee, who's the opposite of a party animal.

At first it's obvious that Sutter is only with Aimee as a rebound thing — his beautiful blond ex has dropped him, and he wants to make her jealous. But more and more we see something deeper in the pair's connection. And we begin to perceive the looming tragedy in Sutter Keely's life.

The Spectacular Now is based on a fine, unshowy novel by Tim Tharp, which is made showier and slicker in the script by Scott Neustadter and Michael H. Weber — they made the indie hit 500 Days of Summer. But director James Ponsoldt turns off the metronome in every scene, letting the actors find their own gentle rhythms.

Sutter is played by Miles Teller, who didn't get the attention he deserved in a tough role in the film Rabbit Hole. Teller doesn't have a trained actor's diction, but it's that touch of amateurishness that makes his Sutter more believable; the last thing you want here is a song-and-dance kid who looks as if he came straight from theater camp.

Shailene Woodley is just as convincing as Aimee. She's so airy and modest and fragile that I didn't recognize her as George Clooney's mouthy eldest daughter in The Descendants. Aimee and Sutter's walk in the woods during a party is a peak moment of happiness. And if the kiss that follows is brief, it's one of the most vivid I've seen in a movie about teens.

The dark lining in the silver cloud of The Spectacular Now is Sutter's omnipresent bottle of beer or 7-Up laced with whiskey. His "living in the now" turns out to be living loaded, and it isn't long before he has Aimee — a superb student who'll have to put herself through college — trying to keep up with him.

Director Ponsoldt has clearly worked hard to keep the "Don't drink, kids" message from utterly swamping the romantic comedy. He has a light touch. Bottles of booze don't dominate the frame; they're always there but low down or off to the side. And Sutter really is a fun, likable guy. You can see how he thinks his drinking makes him more of a blast — a gonzo outlaw in a world of stuck-up straights.

It's too bad the filmmakers left out the scenes from the book that show how far Aimee falls in Sutter's company. My guess is they feared those ugly moments would shove The Spectacular Now too violently out of the teen-romantic-comedy genre.

Otherwise, the movie is all good. You'll have to wait until later this month to see Brie Larson's breakout performance in a phenomenally moving film called Short Term 12, but the shadings she gives to Sutter's ex-girlfriend, Cassidy, are remarkable. Friday Night Lights actor Kyle Chandler is just stunning as Sutter's long-absent father, full of macho bombast but with furtive, tragic eyes.

The movie's title, of course, is ironic. For most teenagers, the now isn't spectacular — it's messy and strange and filled with anxiety. That's what this movie captures: a period where, try as we might, we never knew what we were supposed to do with the pain.