Accessibility links
Online And Anonymous: New Challenges To Prosecuting Sex Trafficking The Internet is changing the tactics used by both pimps and law enforcement. While sex traffickers can conduct business anonymously online, investigators can mine Internet data to try and catch them.

Monday, the FBI announced the success of a three-day, multicity child sex trafficking operation. The seventh and largest of its kind, the raid recovered 106 teenagers and arrested 152 pimps. Aged 13 to 17, almost all of the young people found were girls.

Operation Cross Country highlights an ongoing — and often hidden — problem in the U.S.: the trafficking of young people.

The trade itself is not new, but the digital age is changing the tactics used by both pimps and law enforcement.

John Ryan is CEO of the National Center for Missing and Exploited Children. His organization worked in partnership with the FBI on Operation Cross Country, collecting and analyzing information on missing and exploited children. 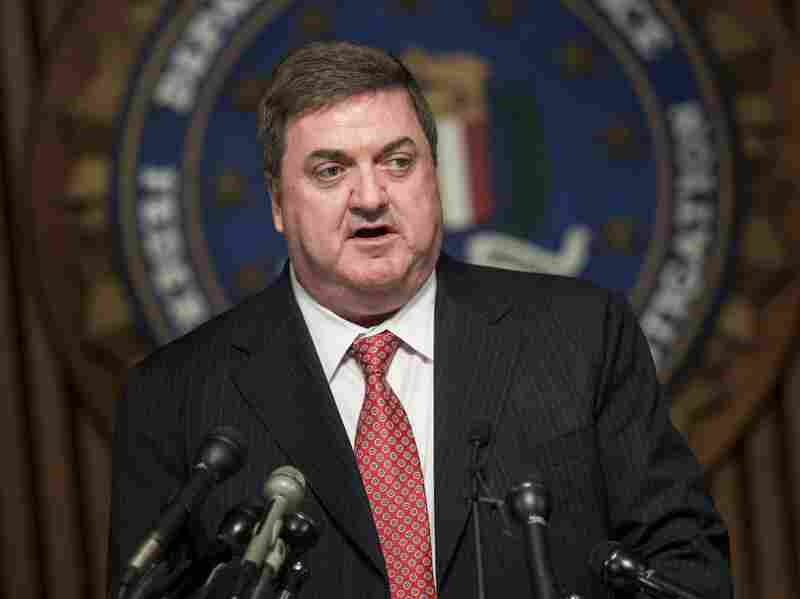 John Ryan, CEO of the National Center for Missing and Exploited Children, speaks during a press conference about a child sex trafficking operation on Monday in Washington. Brendan Smialows/AFP/Getty Images hide caption 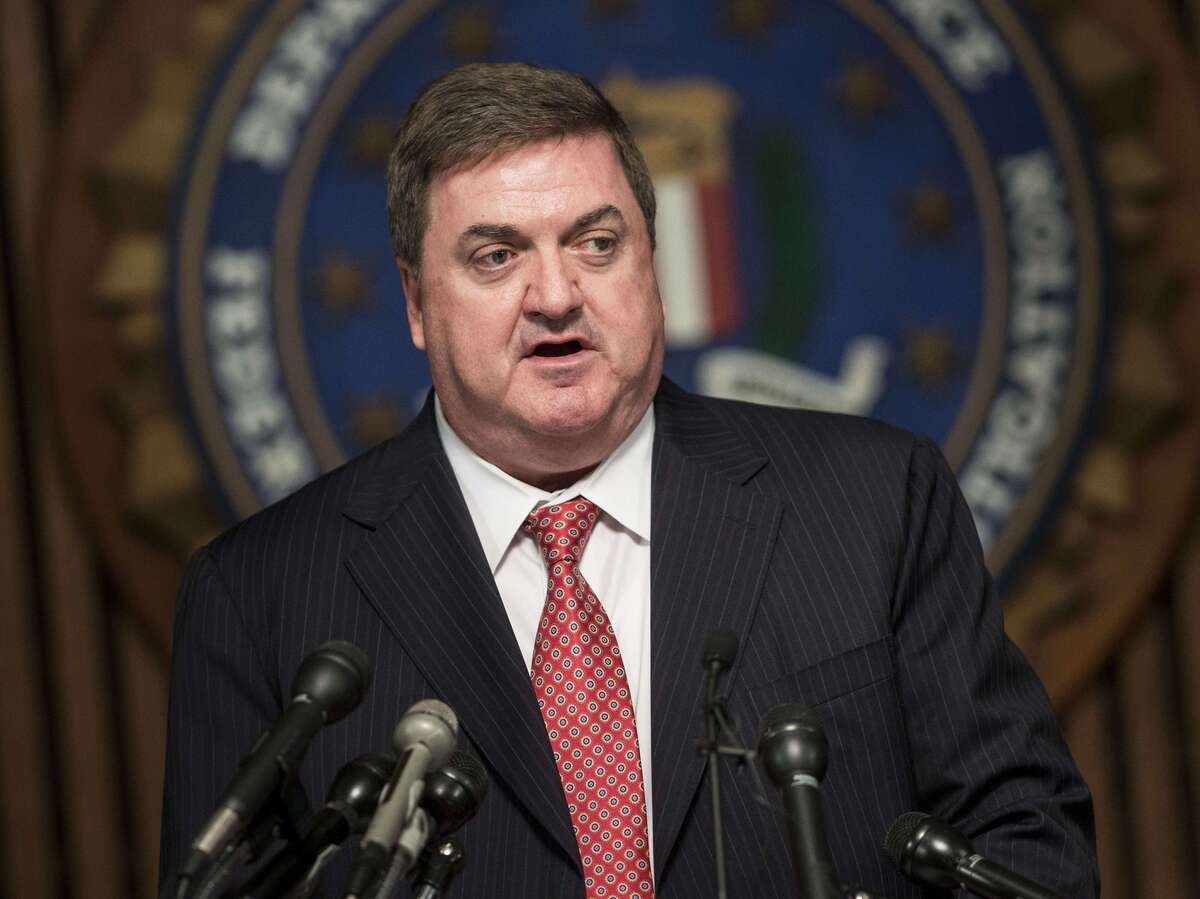 John Ryan, CEO of the National Center for Missing and Exploited Children, speaks during a press conference about a child sex trafficking operation on Monday in Washington.

"Up until about five years ago, sex trafficking of both adults and children were occurring in traditional venues, like street corners and alleys, bus stops," he tells NPR's Jacki Lyden. "The Internet has changed all that, particularly through social media platforms."

Sifting through those online channels was critical to the recent operation. During the FBI raids, the organization's office functioned like a command center, analyzing data gathered from the Internet.

Social media and websites have made it easier to be anonymous online. One of the most well-known online classified sites is Backpage.com, which cooperated with the FBI sweep.

Ryan says online classified spaces like Backpage are "a very convenient and inexpensive platform" for pimps to promote their business.

"They post images of young adults or, unfortunately, many times, minors, who they are offering for sale for jobs," he says. "The most concerning feature is they do this in an anonymous fashion."

Ryan says Backpage clients can use untraditional payment schemes that hide their identity.

"It could be a prepaid card, where the purchaser does not have to leave any personal information or can leave any information but it's not validated by any third-party source, which is more typical with a credit card," he says.

This kind of untraceable anonymity is causing much of the controversy around these online classifieds.

A Trade Of Information

Elizabeth McDougall, general legal counsel for Backpage, says one of the reasons the site charges a fee for the adult and dating categories "is because that provides one of the most reliable evidentiary trails for law enforcement to identify individuals."

Backpage doesn't collect information on everyone who posts ads, she says, "and that is not irregular in the Internet realm."

In 2010, Craigslist stopped listing ads for adult services online under the pressure of an investigation. Backpage picked up a lot of the business.

McDougall says that shutting down the adult classifieds on Backpage would do more harm than good because the content would simply move to less cooperative sites.

"They are not going to do the proactive work that we do at Backpage to try to identify potential victims and potential [illegal] activity and get that information to law enforcement, that can use the information to investigate, arrest and prosecute, and get convictions of the traffickers," she says.

McDougall also says that there are lots of precautions Backpage takes to flag down people who may be doing questionable, illegal activities on the site, like trafficking minors.

"First, we have a triple-tier moderation system that begins with the automated filtering of all content submitted for posting on the service," she says. "But then for the adult and for the dating category, we have a team of individuals who hand-review every ad before it goes live on the site."

At the National Center for Missing and Exploited Children, Ryan would like to see companies like Backpage take a more proactive approach.

"By cooperation, they mean when law enforcement is submitting legal process, such as a subpoena or court order for information, they are cooperating," he says. "That's not what I call voluntary cooperation. That's responding to process, which they are obligated to do."

But the most important thing to keep in mind is that all of this technology has a direct effect on human lives.

Sheila Simpkins McClain's life was fractured by violence. At around age 14, McClain left home and became involved in prostitution.

"I know I've been duct taped, tied up. I have a roadmap in my head from where I've been beat so many times. I've ran away numerous amounts of times, I've been found," she says. "It's a very bad lifestyle, and it's a very violent lifestyle. You know, you have a quota that you have to make, and if you don't make that money, you normally get your head busted."

Now, years later, McClain has dedicated much of her life to working with women who are coming out of situations similar to hers. She's the assistant resident manager for Magdalene in Nashville, Tenn., and an intervention specialist with End Slavery Tennessee. The two nonprofits work to bring women out of prostitution.

A 2011 NPR Report On Magdalene And Prostitution In Nashville

The violence has not subsided since McClain was on the streets, but other parts of sex trafficking have changed. With the use of the Internet, pimps have even more of an advantage, she says.

"That's the reason why it's easier for the traffickers to control the women. Because they pretty much keep them locked up, you know. They control everything around them," she says. "Whereas, back whenever I was in the lifestyle, we were allowed to move around because we were on the streets to get our money, and so it was a lot easier to get away if we really wanted to."

Sex trafficking is defined by force, fraud or coercion. Anyone under 18 in the commercial sex trade is considered a victim of trafficking. 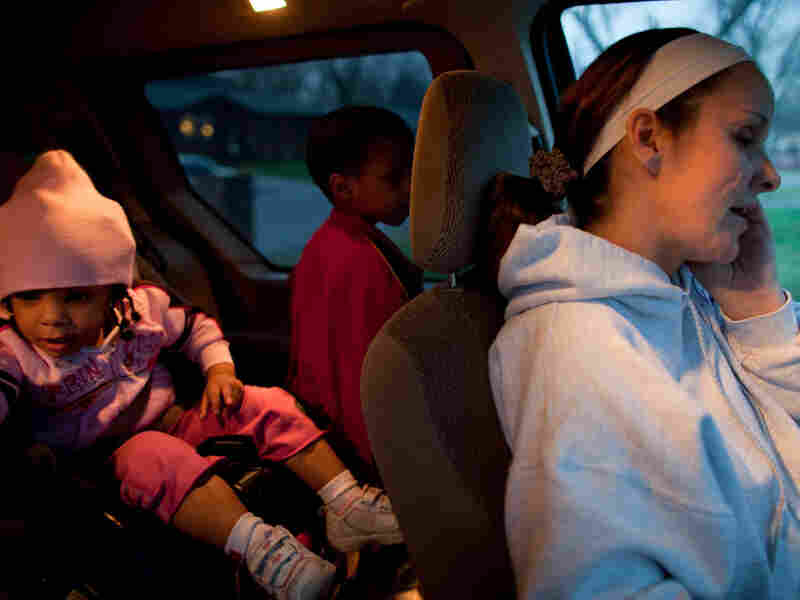 Sheila Simpkins McClain, was once a prostitute, but now she has two children and works with organizations that help other women escape the life on the streets. Stephen Alvarez for NPR hide caption 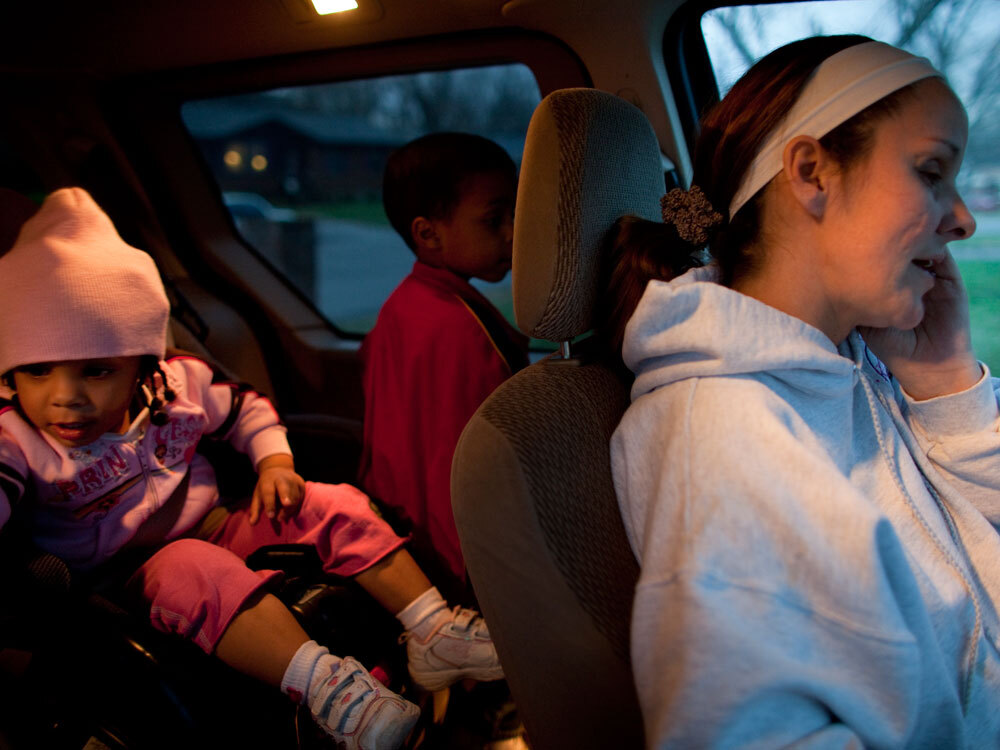 Sheila Simpkins McClain, was once a prostitute, but now she has two children and works with organizations that help other women escape the life on the streets.

There are a number of characteristics that put someone at risk for being trafficked, according to a 2009 literature review by the Department of Health and Human Services. Poverty, young age and lack of family support make people particularly vulnerable.

"A lot of them really think that they're in love, you know, and that they're doing it out of love," she says. "They don't really realize that what's going on is wrong."

"But I just tell 'em to hold on, you know, and ... just like they trust — trusted the pimp, they need to learn how to trust us," she says.

So Much To Do

Even this unprecedented FBI sweep has rescued just a fraction of the children being exploited. McClain keeps that in mind. It's one of the motivations to keep doing the work she's doing right now. She and her colleagues recognize that more efforts need to be made to bring children out of prostitution.

"This is a new adventure that I'm on right now," she says. "And guess what? I'm really, really loving it. God has kind of positioned me to be able to do something that my heart really, really enjoys, you know?"

At Magdalene and End Slavery Tennessee, McClain helped hundreds of women recover their lives. At the end of the day, she returns to her husband, her two kids, her own home — never forgetting how many younger versions of her former selves are still out there, unseen.