Accessibility links
First Listen: Valerie June, 'Pushin' Against A Stone' The Tennessee singer's keening soprano shows off its twang, yet sounds totally contemporary. As she ranges across many musical paths — country blues, fiery hymns and more — June is careful to keep returning home to storytelling with just a few simple words and an acoustic guitar.

Pushin' Against a Stone 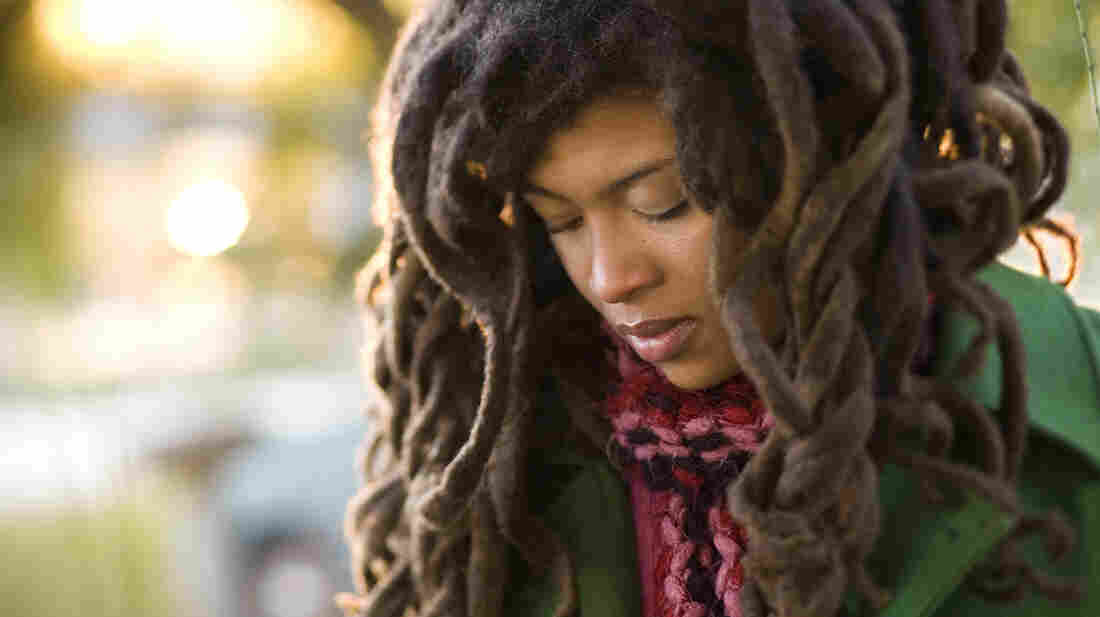 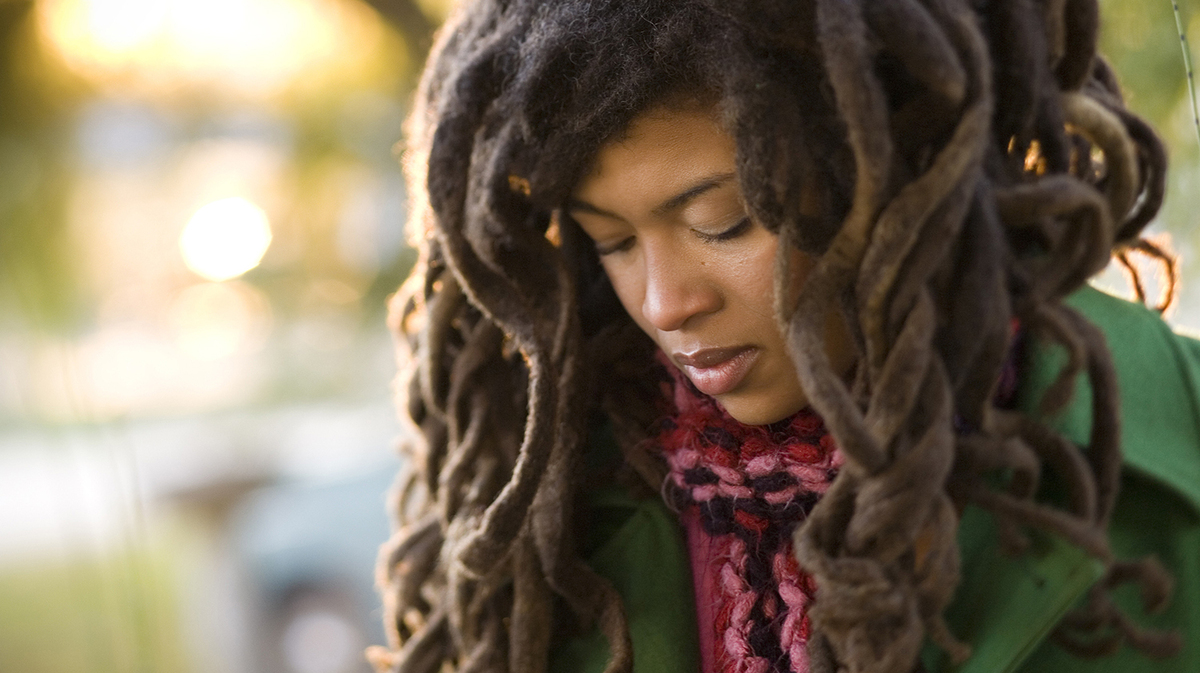 Asked about the first time she ever performed a song, Valerie June once recalled a scene in her family's driveway in Jackson, Tenn. It was right after a storm — the kind of Southern downpour that drives even the most determined children inside. The pint-sized June sank to her knees on the pavement and raised her small, strong voice to the heavens: Rain, rain, go away! That's the end of the story as she told it, but listening to the powerful blues-country-gospel-rock balladry of Pushin' Against a Stone, it's easy to imagine that it didn't rain again for days.

The memory June chose to share amplifies her image as a force of nature, an elemental talent born with the ability to rearrange the clouds themselves. Yet her instantly arresting debut is also a testimonial to nurture. June is 31 and has spent more than half her life perfecting the art of mixing musical traditions.

Youthful dreams of being like Whitney Houston shifted when June moved to Memphis at 19 and began performing folksy coffeehouse jams in the duo Bella Sun. As she grew, June found her people in the rich community of rebels living along the Mississippi-Tennessee border; folks who don't give a flying Frito pie about marketing categories, but who do treasure their home legacies, valuing the kind of skill that makes music-making seem as easy as conversation. And she mastered the voice that's now stopping traffic: a keening soprano that shows off its twang yet sounds totally contemporary. It's a way of singing that's as richly distinctive as those of Lucinda Williams, Eric Church or Erykah Badu.

June developed her approach by studying Southern folkways and learning to blend the raw and the cooked. Her songs often recall the hypnotic country blues of Mississippi Fred McDowell or the calm ruminations of Elizabeth Cotten; but early Dolly Parton is in there, too, and maybe a hint of Sister Lovers-era Big Star. Pushin' Against a Stone includes a fiery hymn — the often-covered Estil C. Ball composition "Trials, Troubles, Tribulations" — as well as an original murder ballad, "Shotgun," that's so sweetly rendered, you hardly feel the wound. Sometimes, June lets her testimonials get dramatic, as in the Screamin' Jay Hawkins-touched "The Hour"; elsewhere, notably in the stomping single "You Can't Be Told," she goes for a sound that's clean and tough. As she ranges across these many musical paths, June is careful to keep returning home to storytelling with just a few simple words and an acoustic guitar, the homely details of her own narratives settling perfectly into classic scenes of rolling trains and starless moonrises.

Having left Tennessee three years ago for the musicians' mecca of Brooklyn, June unabashedly seeks to make grassroots music that can also be pop — because it embraces hooks and striking production, and rejects any limits purists might put around ideas of folk. She's found ideal collaborators in her producers, Dan Auerbach of The Black Keys and Kevin Augunas, who's worked with the likes of The Lumineers and Florence and the Machine. They've assembled a stunning group of players, including Richard Swift and North Mississippi roots character Jimbo Mathus and the great soul stirrer Booker T. Jones. But none overshadow June herself. This is her moment to carry every song line she's learned to a new place. It's her time to banish the rain, and shine.