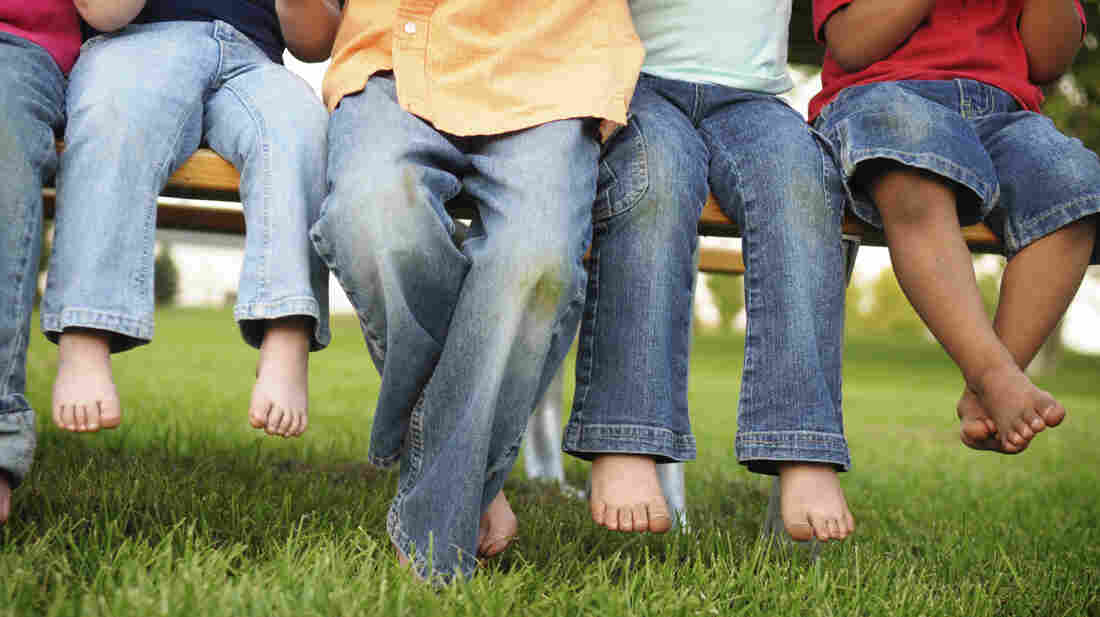 A researcher at Johns Hopkins University says there are serious setbacks for children without summer educational opportunities, known as the "summer slide." iStockphoto hide caption 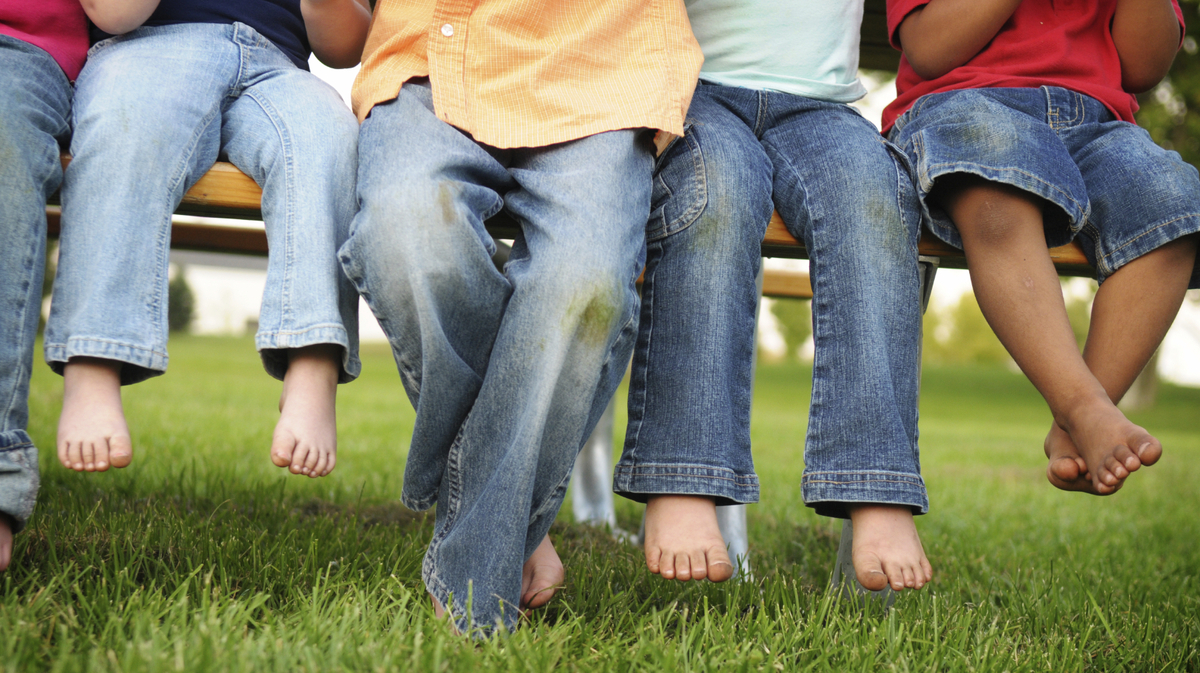 A researcher at Johns Hopkins University says there are serious setbacks for children without summer educational opportunities, known as the "summer slide."

At first glance, Horizons looks like an ordinary summer getaway for kids: There are games, bonding time and lots of bagged snacks. But along with the songs and the pool, there are fractions to memorize and online grammar quizzes to take.

An affiliate of a national network, the program in Washington, D.C., is a six-week, free summer service for children from low-income families. Its purpose is simple: to make sure they don't fall behind in school by the time September rolls around.

The program runs from kindergarten through ninth grade, bringing the children back every year.

Ten-year-old Cornelio Lacan was a struggling reader when he first arrived at the program three years ago, says Emily Beckwith, who teaches third- and fourth-graders at Horizons.

"He knew some letter sounds and he could sound out words, but as far as functional reading, it was pretty basic," she says.

But the extra work is paying off.

"I'm getting good at reading ... almost chapter books," Cornelio says, "but I read half chapter books and comics."

As Cornelio enters fourth grade, his teachers say his reading and math skills will be markedly improved from when he started the program. But for every child like Cornelio, there are many kids who don't get an extra summer boost.

"Lower-income kids in our research are basically treading water in the summer months," says Karl Alexander, a researcher at Johns Hopkins University who has done extensive work into the setbacks for children without summer educational opportunities, known as the "summer slide."

For two decades, Alexander followed a group of 800 students in Baltimore, Md., beginning in 1982. He watched them from first grade onward, tracking their personal and academic development. He says almost half of those from financially well-off households completed college and found steady work.

But for the lower-income kids, he noticed something dramatically different: only about 4 percent of the children from lower-income households went on to earn a bachelor's degree.

Alexander wanted to know why. He suspected it had something to do with the time they were out of school.

"What we find is that these lower-income kids are pretty well keeping up in test score gains during the school year," he tells NPR's Jacki Lyden. "Where they're falling behind is during the summer months. They might gain a point or two on the achievement test that we work with, or they might lose a point or two, but they're not making progress."

But kids from better-off families, he says, "continue to improve skills over the summer months, and it shows up tangibly in the next school year." Meanwhile, the gap between them and their lower-income counterparts widens.

Findings like Alexander's are what have propelled advocates to change the school calendar and improve summer opportunities for low-income children. Among them is Jennifer Davis, co-founder and president of The National Center on Time and Learning.

Davis' group is working with state and federal leaders to add least 300 additional hours to the standard school schedule of 180 six-and-a-half hour days. That would be the equivalent of nearly three more months of school.

"You can look at a variety of ways to add that extra time," Davis says. "You can add it to the day and some to the year. That combination really works well."

As an example, Davis says you could have an eight-hour day and add at least two or three extra weeks in the summer. Even with that additional time, kids would still get a summer vacation.

"That's one example of what a lot of the high-performing schools are doing," she says. "There are a lot of ways to add learning time. There isn't just one model that works."

A number of schools are already adjusting their calendars. Earlier this summer, Iowa expanded learning time in three school districts. New York City announced a plan to increase the school day by two and a half hours in 20 schools, and Los Angeles is moving forward with a similar plan.

Critics are concerned this will all lead to academic burnout. Davis says there are ways to avoid the fatigue.

"What we encourage — and the best schools do — is not only add extra core academic support time, but much more enrichment opportunities for students," she says. "So students are getting ... [a] diversity of programming that is really engaging them and building a love for learning. That's what you need, you need the combination."

The fact is that children without resources are competing with those who have them, and Davis says that inequality gap is getting wider and wider as higher income parents are able to ensure that their kids are in the best schools and they have the best enrichment programs outside of schools.

"Families with resources are investing more than ever in their children's educational opportunities," she says. "So they're in science camp or robotics after-school programs or violin lessons — whatever it takes."

In Maryland, when 9-year-old Masai Jenkins comes home from summer engineering camp at the end of the day, his mother has a strict rule for him and his 6-year-old brother, Asante.

"They have to read at least 20 minutes a day," Wanda Jenkins says.

From Percy Jackson's Greek mythology series to a biography of Thurgood Marshall, they have boxes of books to beat the summer slide.

"I don't worry that much about summer slide because of the kind of camps that they're in," Jenkins says. Masai also goes to a tutor year-round.

Besides spending thousands of dollars on her boys for the summer, Jenkins just enrolled them in private school for September, which these days can cost almost as much as college tuition.

But what about the low-income kids Alexander followed who had trouble graduating high school, much less college? Do they ever catch up?

"It doesn't all average out," Alexander says. "I think it's critical from day one. If I could write the script, I'd invest in high-quality pre-school education, for disadvantaged children especially."

Alexander says he's careful not to overreach, however, and doesn't want to insinuate that any child is irredeemable after a certain grade level or that children of lower-income families can't perform well in schools or don't have strong family support. But overall, he says, the truth is that recovery gets harder the further along children are.

Out of the 800 participants in his 24-year study, the overall dropout rate was 40 percent. Among those that were classified as being from low-income families, 60 percent left school without degrees. But that's not a reason to do nothing, he says.

"I think the key is to think creatively and ambitiously about ways to help them all along the way, so that fewer of them will experience those regrets down the road," he says.